It can be used even when daylight fills the room

A project log for Visible Light Communication for the masses

This project will focus on making current research in field of Visible Light Communication (VLC and LiFi) usable and meaningful for use...

Until new research results and developed solution came in a few weeks I'd like to share some images of how it work even in daylight with one red LED emission diode at 1.1m distance from receiver.

First it should be noted that the level of ambient light in the darker parts of the room was about 10EV (~2600 Lux) and that red LED is at ~18000 mcd at peek. Pictures was taken while testing 5..10MHz square pulse with 10..50% duty cycle and it (RC) degradation on receiver side with distance.

Green LED on the receiver lights up when signal is detected with the level greater than 3V. As the latest version of the receiver with 3 Op.Amps also serves as a band-pass filter, ambient light as constant at the level of ~ 11EV is suppressed. In the second picture is shown that hiding of red LED signals as emission source do not excites the receiver's green LED although ambient light level is high enough to do that. 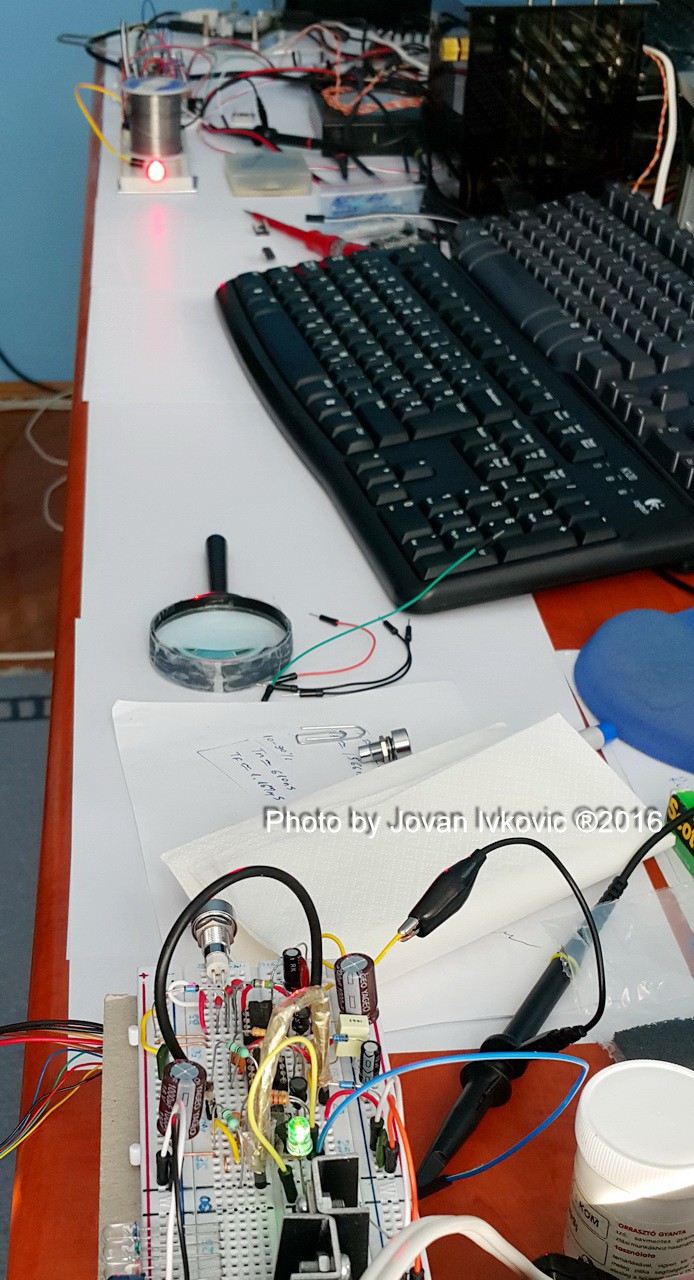 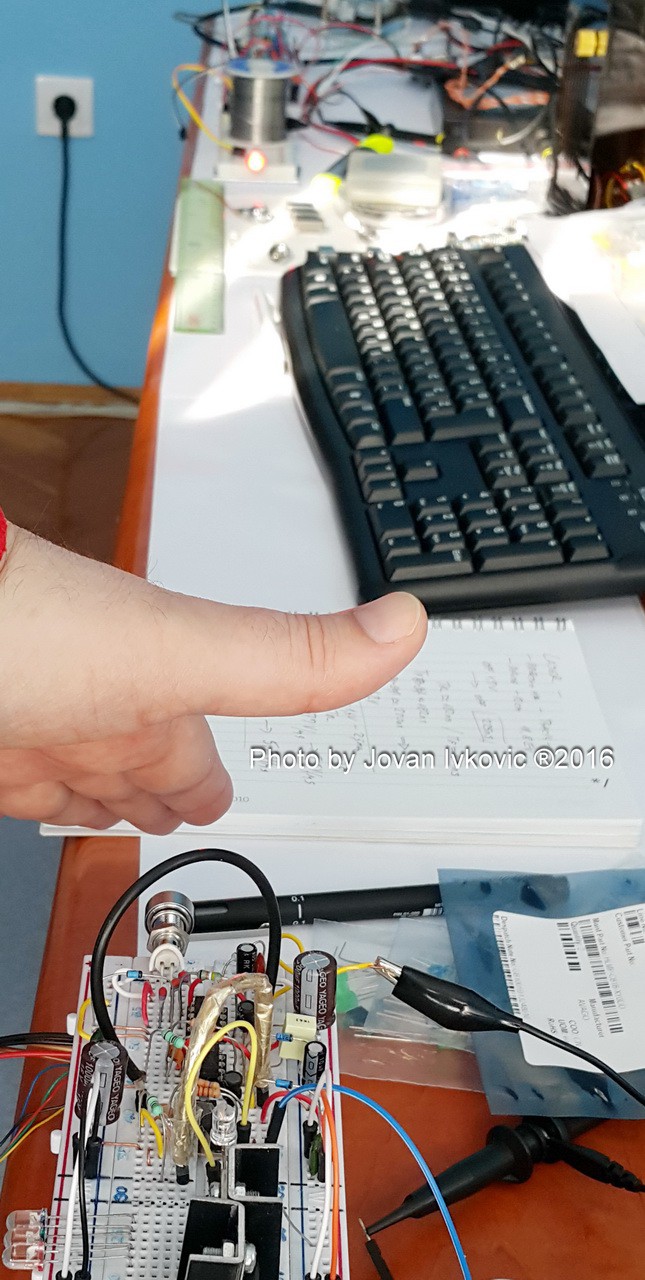 Word or two about polarizatio of light