A project log for Oceanography for Everyone: The OpenCTD

Welcome Aboard the R/V Blue Heron

This summer, as part of the UNOLS Chief Scientist Training Cruise program, I was invited to join 4 other early career researchers on Lake Superior, aboard the University of Minnesota Duluth's flagship research vessel, the Blue Heron. During this 3 day cruise, I had the opportunity to test the OpenCTD, push the OpenROV to its breaking point, and send the Niskin3D into the field for the first time. In addition, I brought my trusty Printrbot with me to explore the feasibility of rapid prototyping research materials while at sea.

I deployed my equipment at four sites: Sterner B, West Mooring, Castle Danger, and, via small inflatable, the Apostles archipelago. The Niskin3D performed flawlessly, though the OpenROV it was mounted to suffered catastrophic flooding at 100 meters. The OpenCTD was deployed from 30 to 140 meters without issue. It logged perfectly on all casts and the 140m deployment at West Mooring is the cleanest data set, by far. I actually didn't expect the data to look as clean as it does. 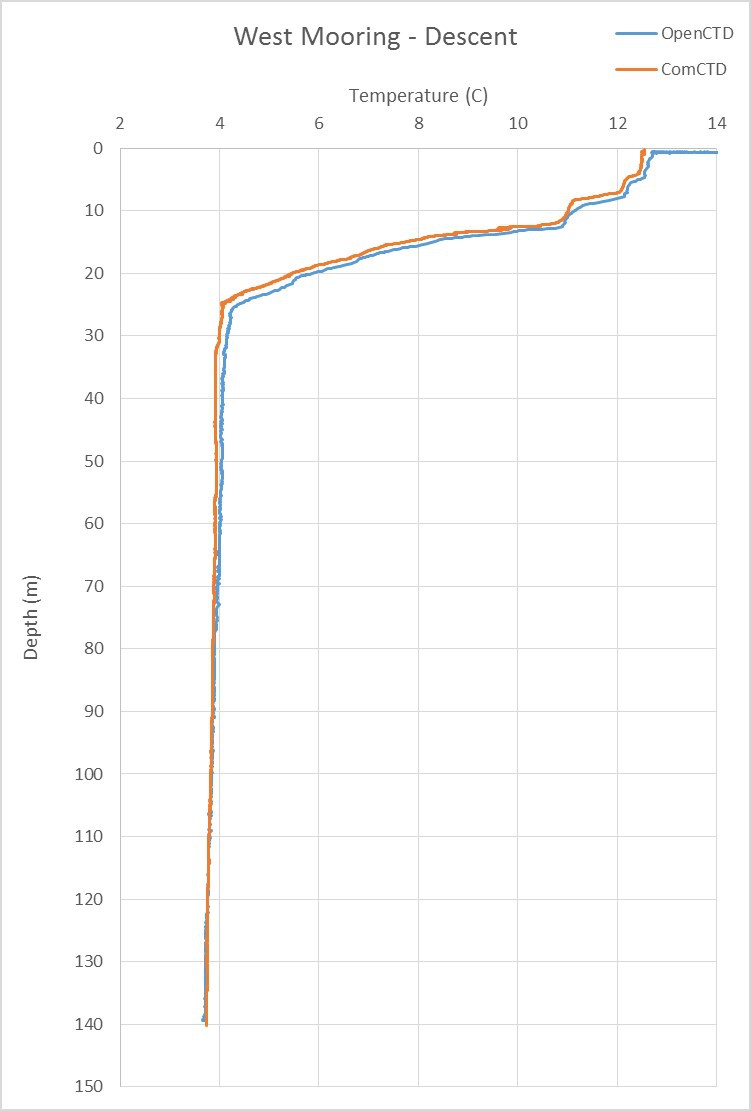 The only downside is that, because Lake Superior is the second freshest large lake in the world, the salinity was too low to measure, so we still need to put the conductivity circuit through its salty paces.

I blogged the whole adventure on OpenExplorer. Go check it out!

#HackTheOcean: A Weekend of CTD Building