A project log for Musafir - Mobile Robot for Academic Research

a cheap enough open source robotic platform to test out the many algorithms and invent new ones for mobile robotics. Musafir = Traveller

So, just as Khepera has an array of sensors distributed evenly across its outsie, I wanted something similar, as my design is an OCTAGON for the robot, I thought, maybe just put in 8 sensors max.

The sensors need to do basic RANGE/DISTANCE measurement, which can easily be done with cheap Ultrasonic Sonar sensor modules HC-SR04, but the sonar sensors cannot reliably detect obstacles which are too close, so I also added IR proximity sensors on each side.

Decided to make a small PCB strip for each side, which would have the sonar sensor and the IR sensor fixed to the acrylic wall/side of the octagon. So, even if I dont want to use Sonar on all sides, at least all sides will have IR sensors.

Same as the H-Bridge, had [Maaz Mobin] made a schematic and PCB from my rough sketches and then have sent the designs to Seeed Fusion PCB Service, hopefully will get the PCBs in the next 10 days. 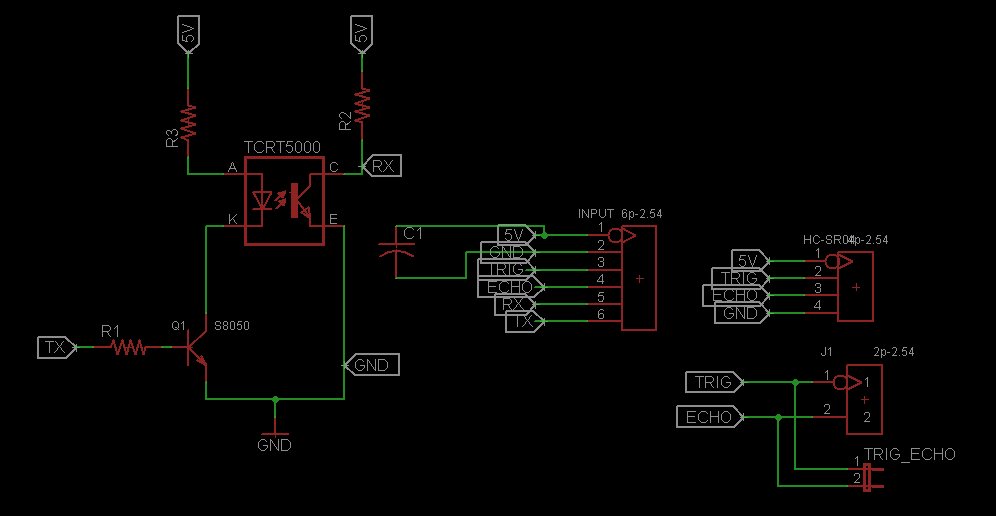 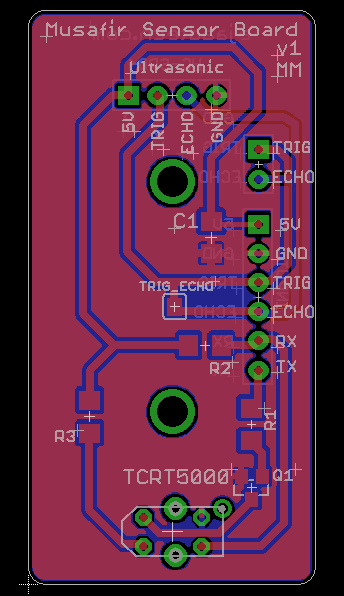 The PCB has a jumper as well, which can be shorted and the IR TX LED will remain ON.