Creating a home theatre. All equipment in a centralised rack, with remote and wall-panel control

I have been fiddling with the hardware side of things for the last 5 months....

What started as an Arduino Uno with a few LED pucks and microswitches communicating with EventGhost has now grown into a stand-alone controller for the home automation functions, based around an Arduino Mega. 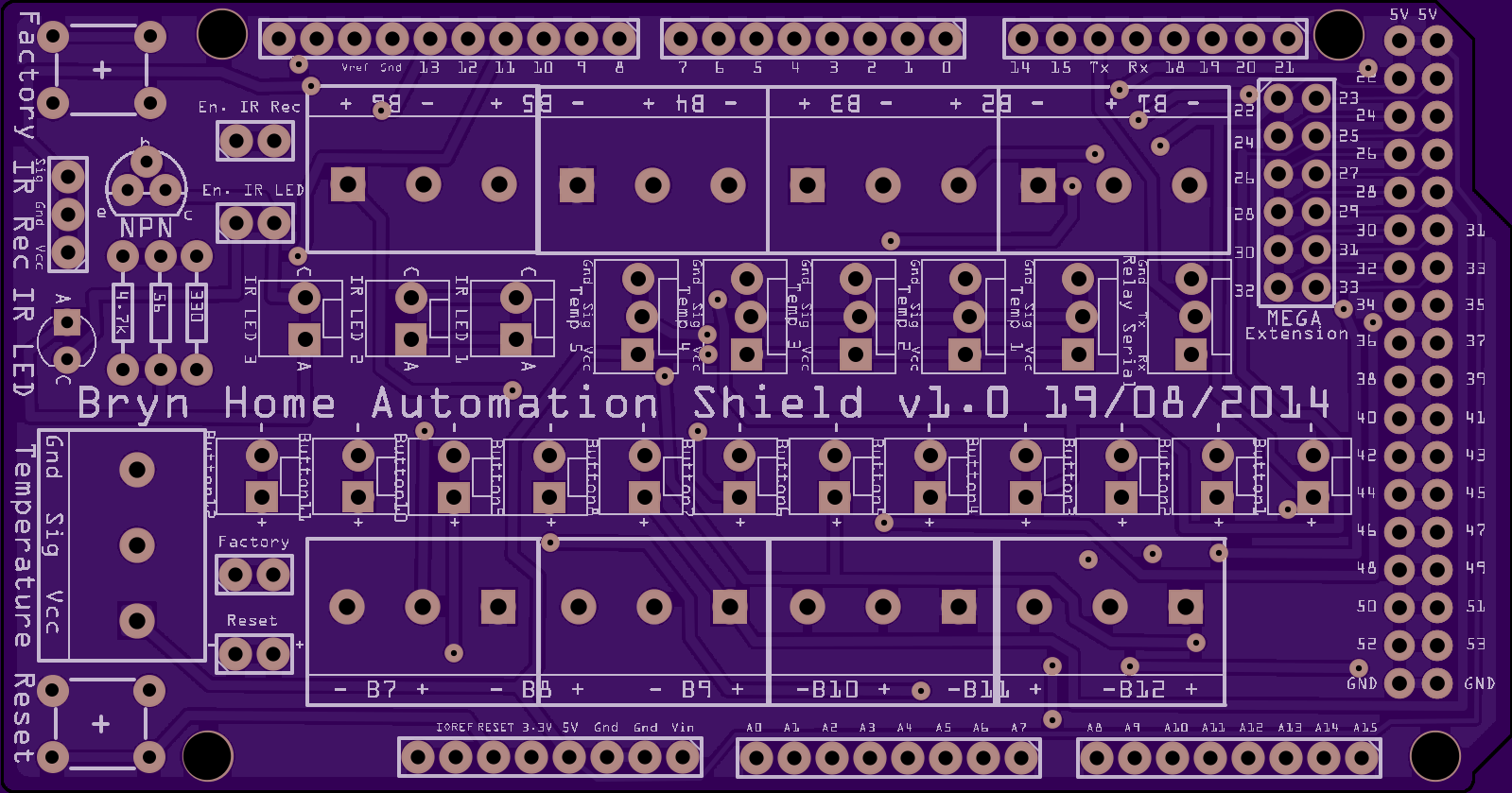 I have just finished designing my PCB breakout shield for the project, and it has now been sent for production by OSH Park. 3 professional boards delivered for $40 is pretty damn good, considering just buying the equipment and materials to etch myself would cost about that!

In addition to this shield I am also now using a 6x LED Driver shield which allows for up to 6 dimmer channels.

The arduino has now been programmed to do all the standard functions I require to automate my house. One of the big issues I found with having everything rely on EventGhost was that if my PC froze or the USB-serial connection went bad (which is a fairly regular occurrence due to interference with other things in my garage) then my lightswitches wouldn't work! I also had the same issue with my Denkovi USB relay board, so I soldered some wires to the serial TX and RX on the relay board, and that now connects to the Auduino's Serial2 TX and RX pins. Works so much better!

So now the Arduino looks after the lightswitches. This includes the ability to assign each button to either a relay in an on/off toggle mode or a dimmer in a push to start fade, push to stop fade configuration. The testing has been very good.

I also added a 1-Wire interface for temperature sensors. I bought 5 digital sensors to mount around the house, and I will eventially have the arduino control my central heating using the Denkovi relay board