Attack of the Sensors! 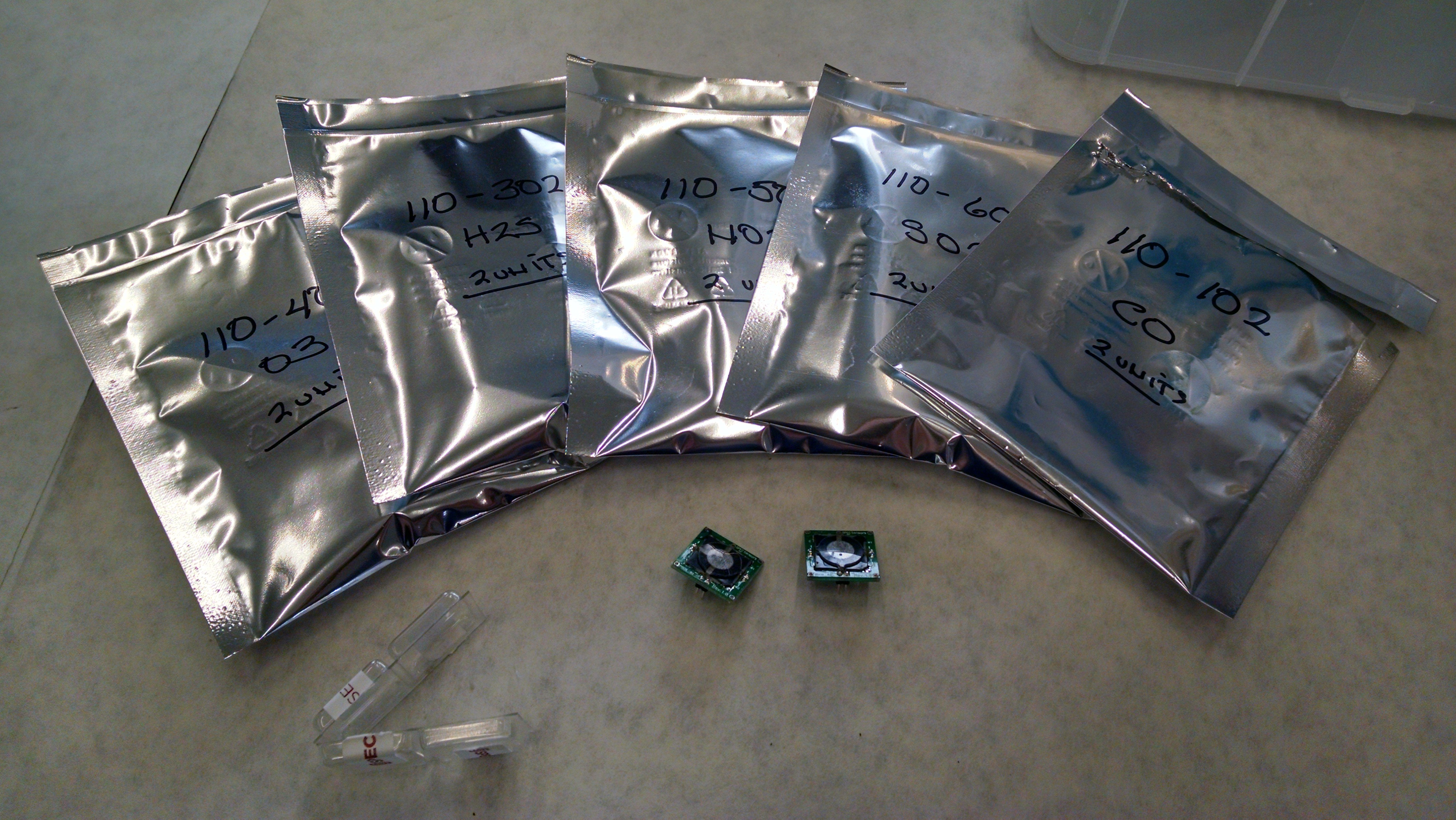 The big news this week was the arrival of our first batch of sensors. From left to right we have O3, H2S, NO2, SO2, and CO electrochemical gas sensors from Spec Sensors (http://www.spec-sensors.com/). Before we can start taking readings from them we have to acquire a potentiostat because these sensors output a varying current and we need varying voltage. In other news, I've started writing microcontroller code for the system that will take the readings from the sensors, record them onto an EEPROM, and then transmit them via WiFi to our web API. I've written some test code that utilizes an embedded implementation of Google's Protocol Buffers called NanoPB (https://github.com/nanopb/nanopb) to serialize the sensor data for temporary storage on the EEPROM as well as for transmission of that data to the python code that the web API is written with. Right now I have all this running on an Arduino, but we discovered this week that with some clever use of multiplexers we can probably run our whole system off of the ESP8266 WiFi microcontroller. I've put the order for a few of the ESP-12F surface mount packages which should arrive in a week or two.