Can the Cost of an EpiPen be Dropped to $3?

Combining the rapid prototyping & small-batch production capabilities of makerspaces with the unique challenges faced by hospitals.

October 12, 2016 | ProgressTH At the heart of the EpiPen is basically an autoinjector. It is a device that is preloaded and can be easily used by untrained people to deliver a dose of medication (in the case of the EpiPen, epinephrine for the treatment of anaphylaxis). 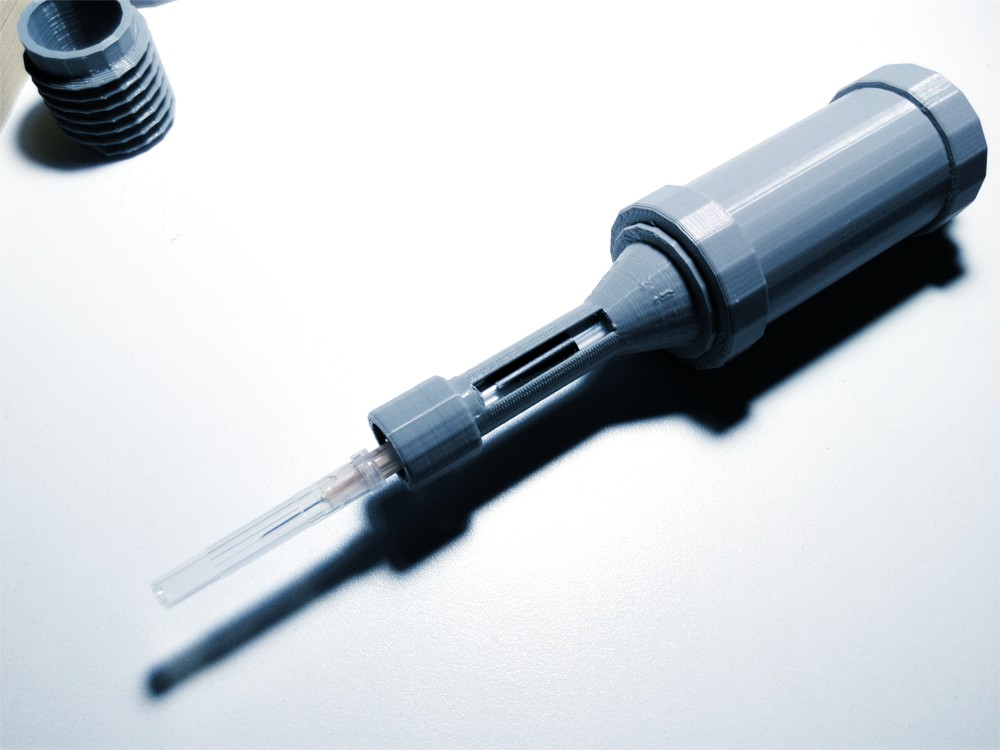 This is obviously overpriced and to prove it, a group of biohackers created a $30 alternative using commercially available autoinjectors, syringes and needles, and a prescription of epinephrine.

The most costly component of the $30 dollar system is the autoinjector itself, though the particular model they used was an Autoject 2 and is reusable.

But can an opensource, 3D printed autoinjector cost even less? Yes it can. We've calculated the plastic used in printing it out on our Ultimaker clone to be about $1 (our conceptual prototype was under $1). So if you add in the springs, syringe and needle, and the epinephrine, you might be somewhere around $3 (especially if you bought some of the items in bulk). Even if you raised it to $5-10 it would still be a bargain and would be reusable.

For now this is a conceptual model but we are actually working on making it functional as well. We have a lot of other ideas in the works too either on our own or through the hospital we are currently partnered with (QSNICH, Bangkok).