IFTTT Maker channel behind a router

IFTTTs Maker channel can only send requests. When the target is behind a router - this becomes tricky

The IFTTT Maker channel provides a great way to automate some simple flows. One thing that has always been a challenge for me was the "that:" part of the Maker Chanel. That is, how should my "Thing" receive a Web Request, if it sits behind my router? Exposing the IP/Port from the router config makes this possible, though it is a bit of advanced.
In this short write-up i demonstrate how to do this by using dweet.io as an online free broker.
As hardware I am using the outcome of another project of mine - the vESPrino, as it makes it quite easy to setup the Things: https://hackaday.io/project/12063-vesprino-esp8266-dongle

The IFTTT Maker channel provides a great way to automate some common flows. One thing that has always been a challenge for me was the "that:" part of the Maker Chanel. That is, how should my "Thing" receive a Web Request, if it sits behind my router. Exposing the IP/Port from the router config makes this possible, though it is a bit of advanced.

Online publish-subscribe services come in very handy in those cases. I've chosen for this example dweet.io for one and only reason - It is FREE and NO registration is required. That is you simply send an HTTP GET request to:

Where {ID} is chosen by you, and then the recipient device polls from

It is as easy as that! I was impressed by the simplicity and usefulness of this online service

Hardware for the Example

In this example I am using an ESP8266-based device that i was developing in the past few months.

Of course any device can do, just you need to connect a button and a LED. And either program it to call the URLs or use the vESPrino firmware (I am now in the process of simplifying it so stay tuned if you want it ;) 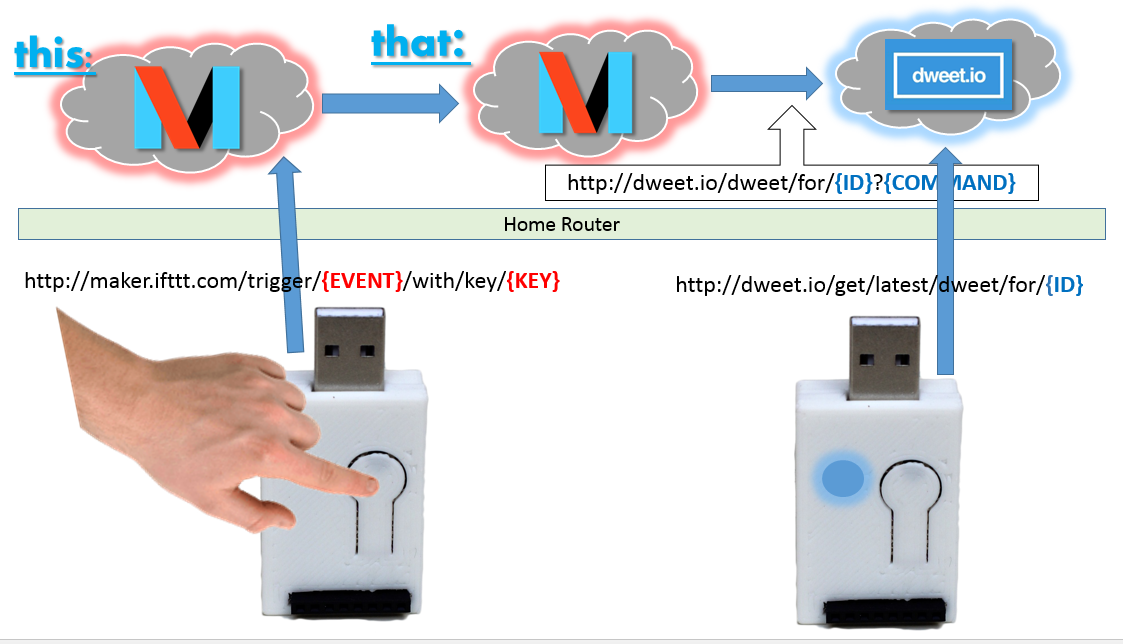 If you have a vESPrino or a device with the Firmware, it takes just a couple of minutes to have a nice example running

Create a Maker Channel in IFTTT, and configure the "this:" like this:

Create a Maker Channel for the "that:" direction and set it up like below. IFTTT will make sure to call this URL when the event is triggered. And dweet.io will store the command "cmd=led_next". (the vESPrino firmware recognizes this command and cycles the LED color) 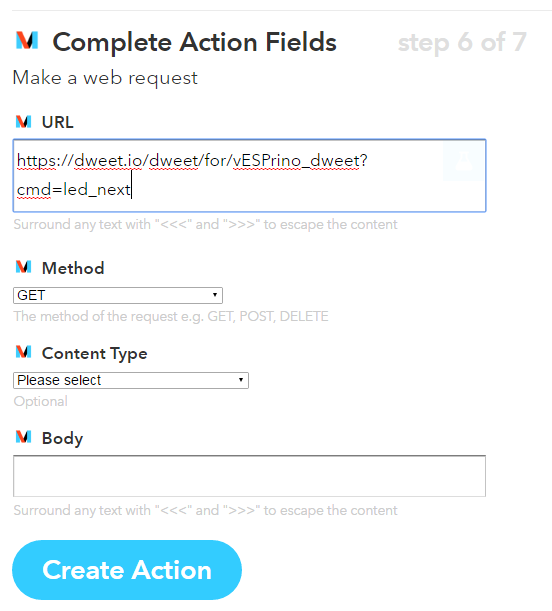 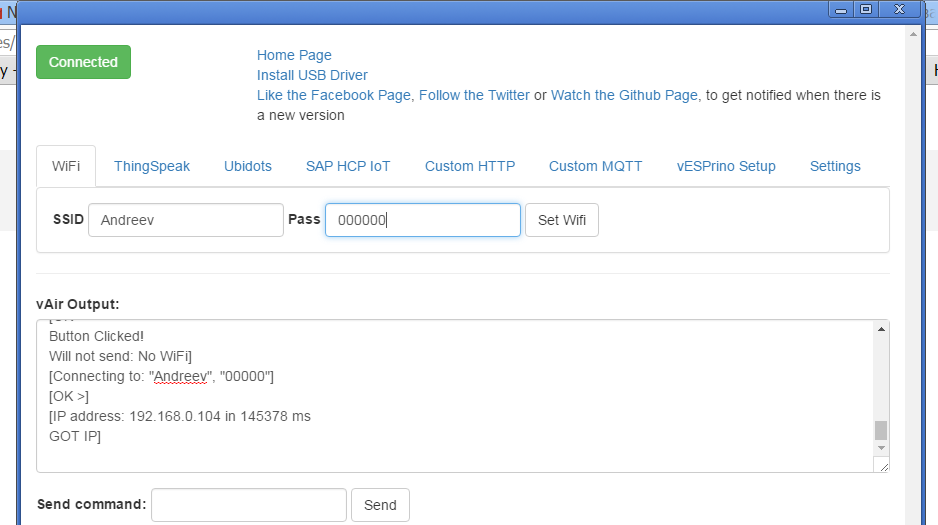 Configure the button of the first vESPrino to send a specific event "vESPrino_bttn", to your IFTTT channel (identified by the key) 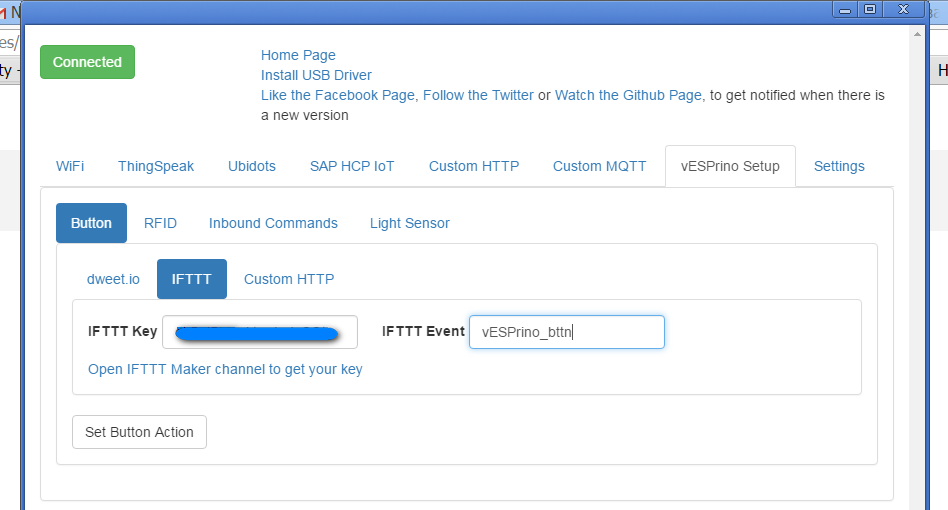 Setup the dweet.io dweet id on the other vESPrino - this is where it will listen for commands

Now connect both vESPrinos to power. Pressing the button on the first vESPrinos will cycle the LED on the second vESPrino. It takes 7-8 seconds of IFTTT to route a message between both Maker Channels (and up to several minutes for other channels). Here is how it looks like:

This is it - now you can go further and create your own DIY stuff using IFTTT and dweet.io.

The 2015 Hackaday Prize
Take 1 AC Lamp, a uController, a normal LED bulb and some color LED strips to get a functional lamp that also can send colored alerts.
Project Owner Contributor

Version 1 of a cube that lights up! It takes direction from an MQTT broker.
Project Owner Contributor