A programmable glucometer powered by a Raspberry Pi Zero

So now that I've built the breadboard prototype, it's time to test the thing. I considered getting some meter test solution to aid in the testing, but since I am diabetic and accustomed to punching holes in myself, I figured I'd just record one or two data points a day using real blood by testing on my new meter and my reliable commercial one and comparing.

So I plugged in a strip and fired up the program, piping the output to a log file. Here are some of my first results: 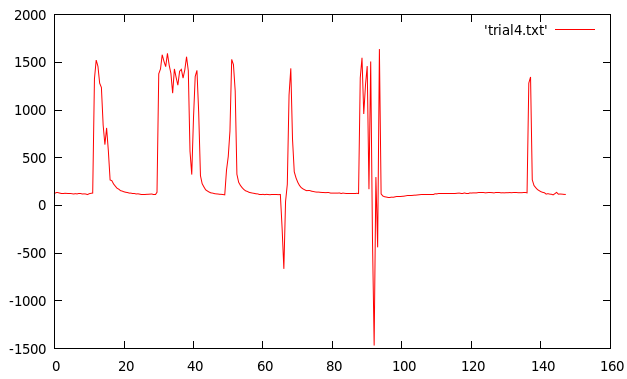 I, in my infinite knowledge of electronics, decided it was ridiculous to connect the ground to the negative input on the opamp (Since it is sometimes used with negative voltage). After re-consulting the schematic and making the appropriate modifications to my setup, I tried again.

These graphs look too perfect to not be the right thing, so I looked into calibrating. Based on different papers I've read, and observing commercial meters, the reaction is more proportional a few seconds after the initial spike rather than the actual maximum of the graph.

To clarify, the measurement used to calculate the concentration of glucose should be taken a few seconds after the first reading. I may experiment with different times to see what is the best, but for now I just used 5 seconds.

After collecting a few data points, I put the into a file and graphed them versus actual recorded glucose concentration (Bottom left graph). 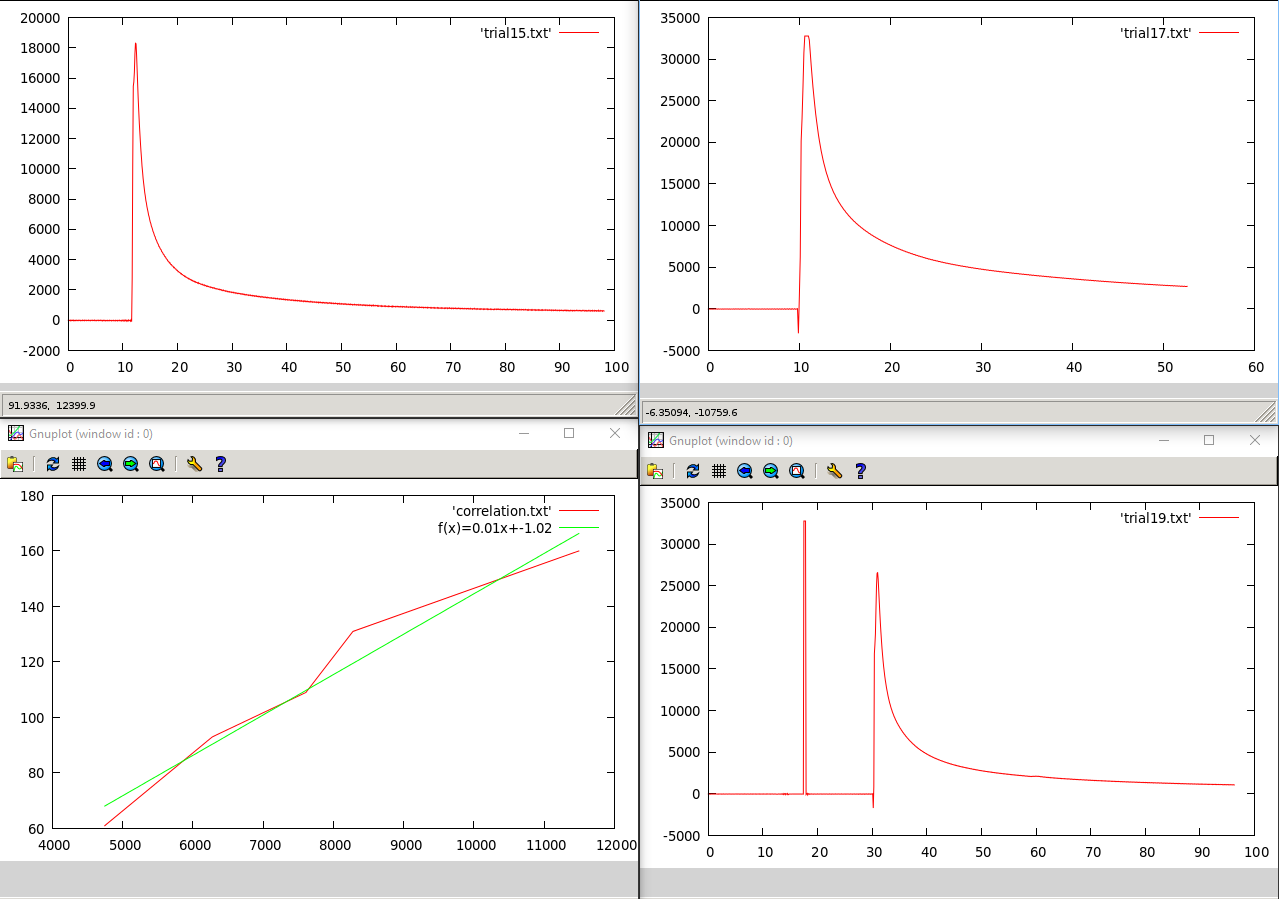 Spike in bottom right graph is the result of recording the insertion of a strip.

Not a tremendous number of data points, but I found that shifting the apparatus, even delicately could actually affect the readings. As a result it was hard to collect enough points to get a good graph before the resistance in a tiny connection changed and altered the calibration of the meter.

Regardless though, the actual data (red line) is quite close to the ideal (green line), indicating there is a strong correlation between my meter's output and actual glucose concentration. When I calculated the concentration using the green line shown, my meter differed from the commercial one by between 1 and 5 mg/dL. 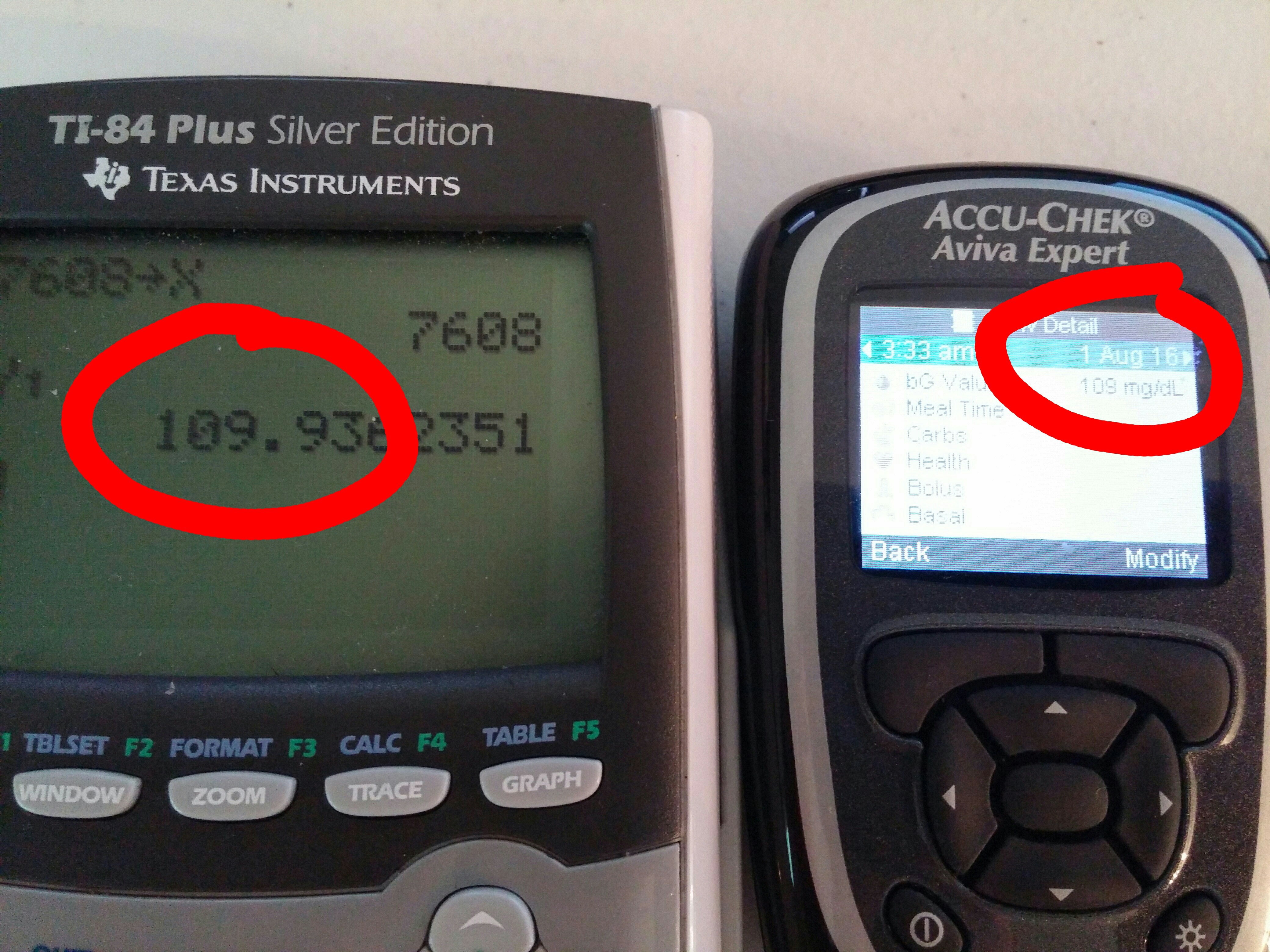 The results of the tests are very good. I believe the problems caused by moving the meter will be nullified when the meter is put in PCB form (as nothing will be able to move). I will post another log about the design of the PCB soon.