A project log for Zizzy: A Personal Robot Assistant 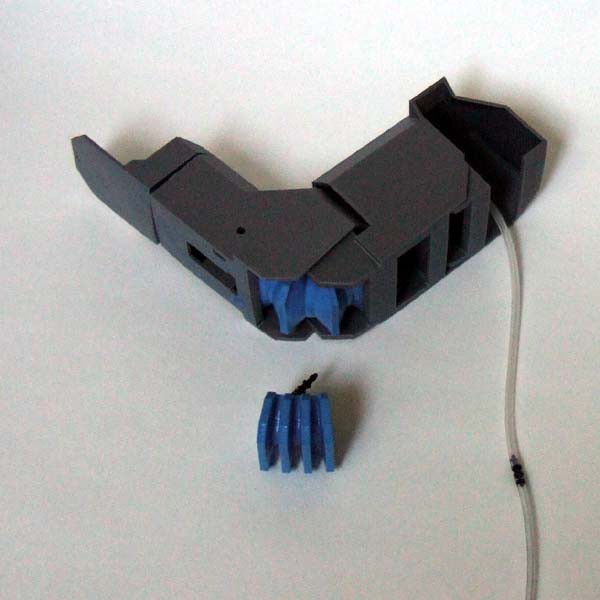 I have just finished designing and testing new 3d printed artificial muscles to replace the previous ones. They occupy a slightly larger volume and are considerably stronger than the previous versions. In addition, the plugs that held them in place have been removed and they now slot into a shelf in a redesigned exoskeleton.

The new arm exoskeleton with the new artificial muscles now can rotate about 82 degrees which is an improvement over the 47 degrees of the previous arm configuration. For some reason, after many tries, I have not found a way to get a full 90 degrees of rotation with the muscles and hinge joints currently used.

I will post the STL files for the new muscles and arm exoskeleton as soon as the new arms have been fully installed.

Parts That Are Being Improved

Testing The New Arms And Grippers