That went the opposite of well

I came back to the office this morning to some unhappy plants: 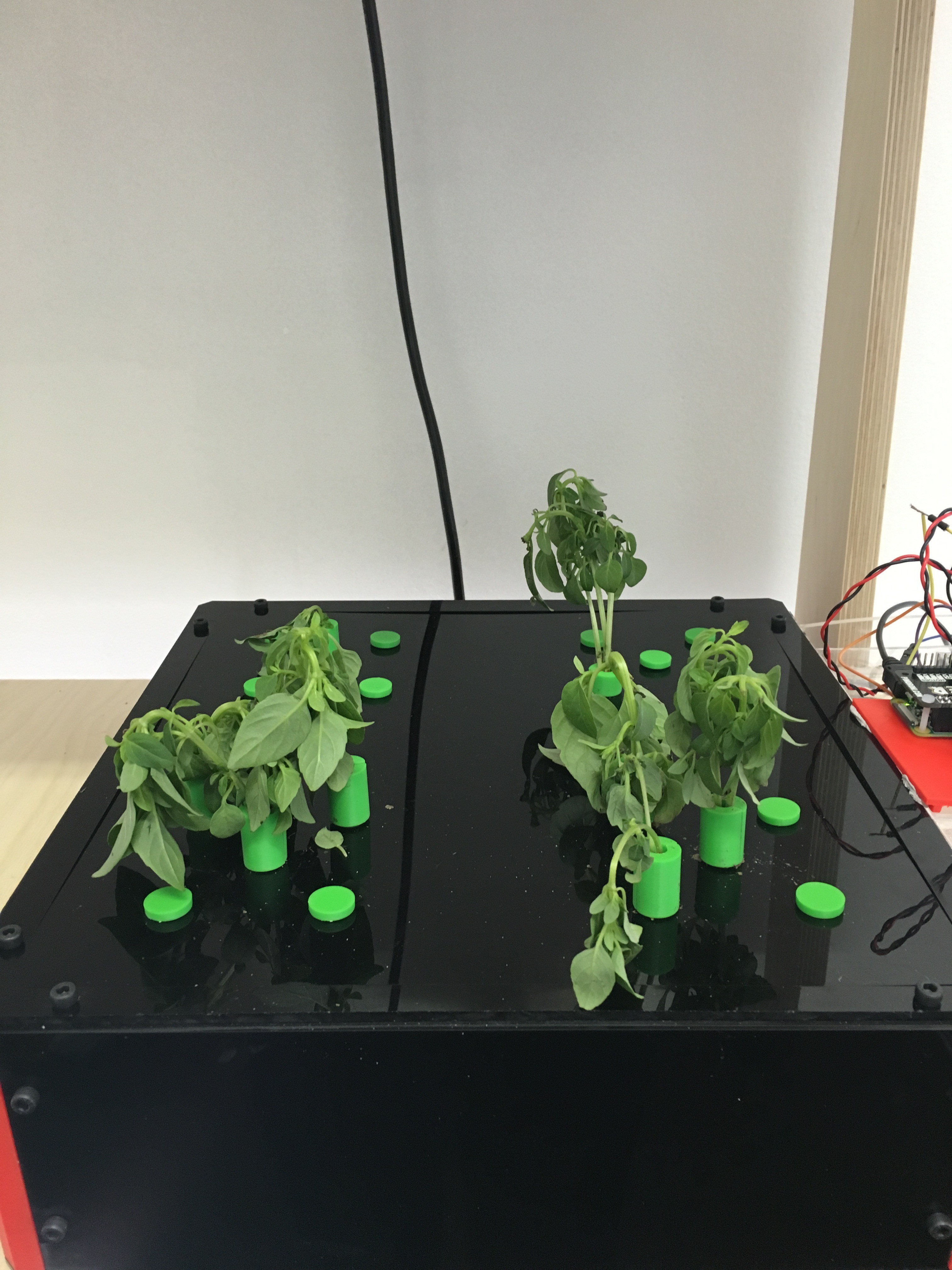 They obviously didn't get enough moisture during the night. I can see from looking at the log from the Pi that the humidity was reported as pretty much constant so no misting was done, which is bad: What you're seeing here is the humidity reported by the DHT22 & the last 3 readings. I'm using an average because I've seem some spurious outlying numbers reported (going from 90%+ to 43% on within seconds), and the correct way to handle this is to discard those number and use an estimate instead, but that code doesn't exist yet.

I also suspect that the root systems of the plants are simply not developed enough to absorb sufficient moisture from the mist since they developed in soil, and I should start with seedlings instead.