I recently got a message from a 'community manager' at hackaday.io requesting that I post more pictures of bright. I threw together a rough prototype on a breadboard with an arduino pro mini, but ultimately didn't want to post pictures of it. I wanted something impressive-looking that would attract attention (and skulls) to my project. So, I took a couple hours out of a rainy day to assemble a 'dead bug' freeform circuit that would more or less be electrically similar to the final version of bright. I used an attiny85 because I already have a few of those on hand. It's my first attempt at deadbug style design, and while the main reason I built it was lack of any protoboard, I have to say it looks very cyberpunk-ish and intriguing.

I'm crossing my fingers that it will work, given that I didn't even test out the schematic beforehand to make sure everything was OK, nor have I written a single line of code. However, the hardware will be the easy part of this project-it's essentially a fancy blinkinlight, but the software is going to take a little while. I'll have to do a quick sketch in arduino before porting the code over to GCC and optimizing it to take up as little space as possible while still looking like a semi-realistic candle. 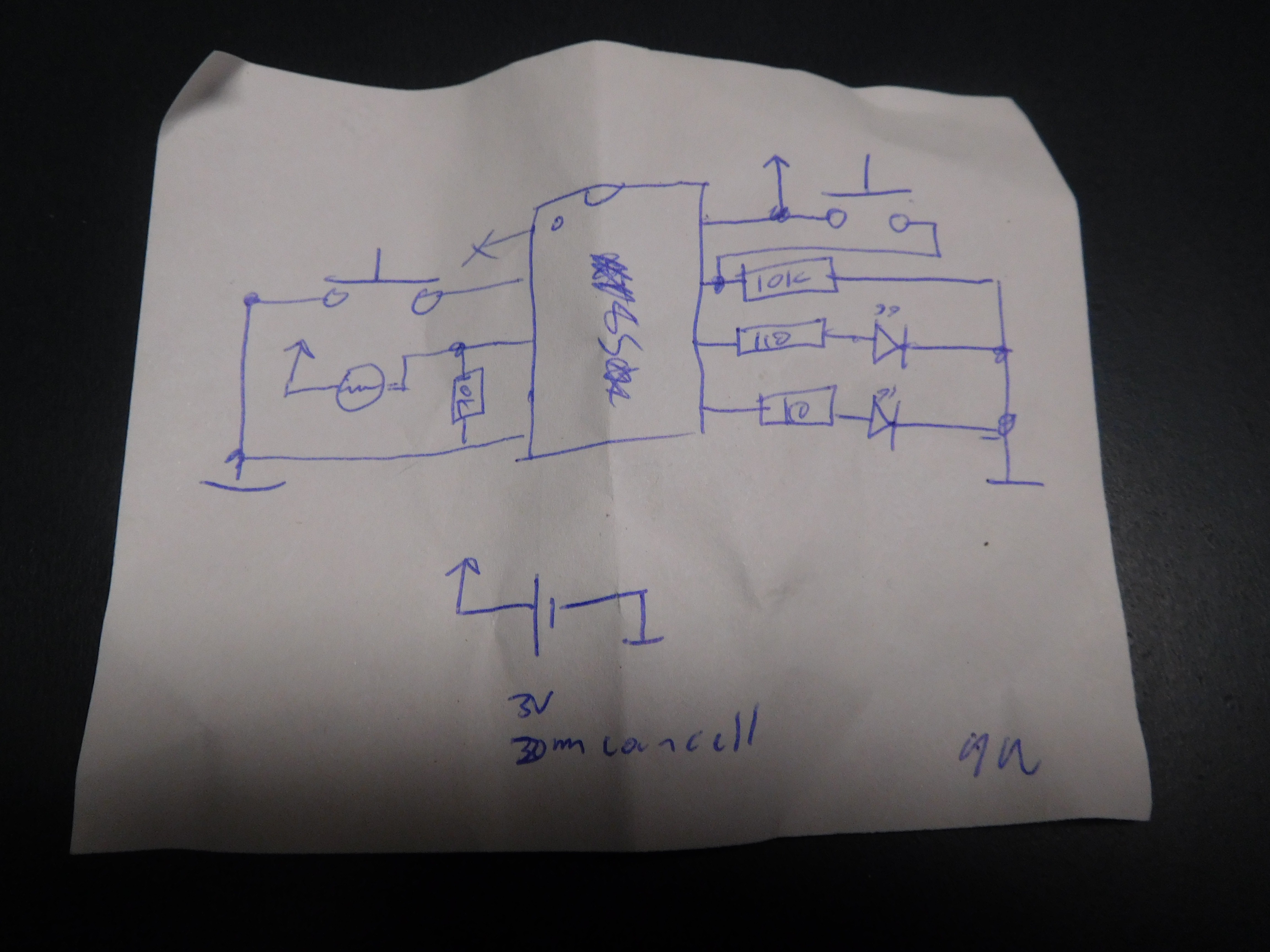 The schematic is above. I didn't feel like spending another half hour on EAGLE so I sketched out a rough draft on paper in 5 minutes. The thing on the left is my attempt at drawing an LDR (I don't know what the symbol is). I probably won't be making very fast progress on this project; I'm working on a paid freelance job while working fast to finish up #bioloop, all before school starts.