Here's the lot of them and an individual unit (6mm barrel diameter):

After destructively testing one of them electrically (details to come in the next log), I pulled it open: 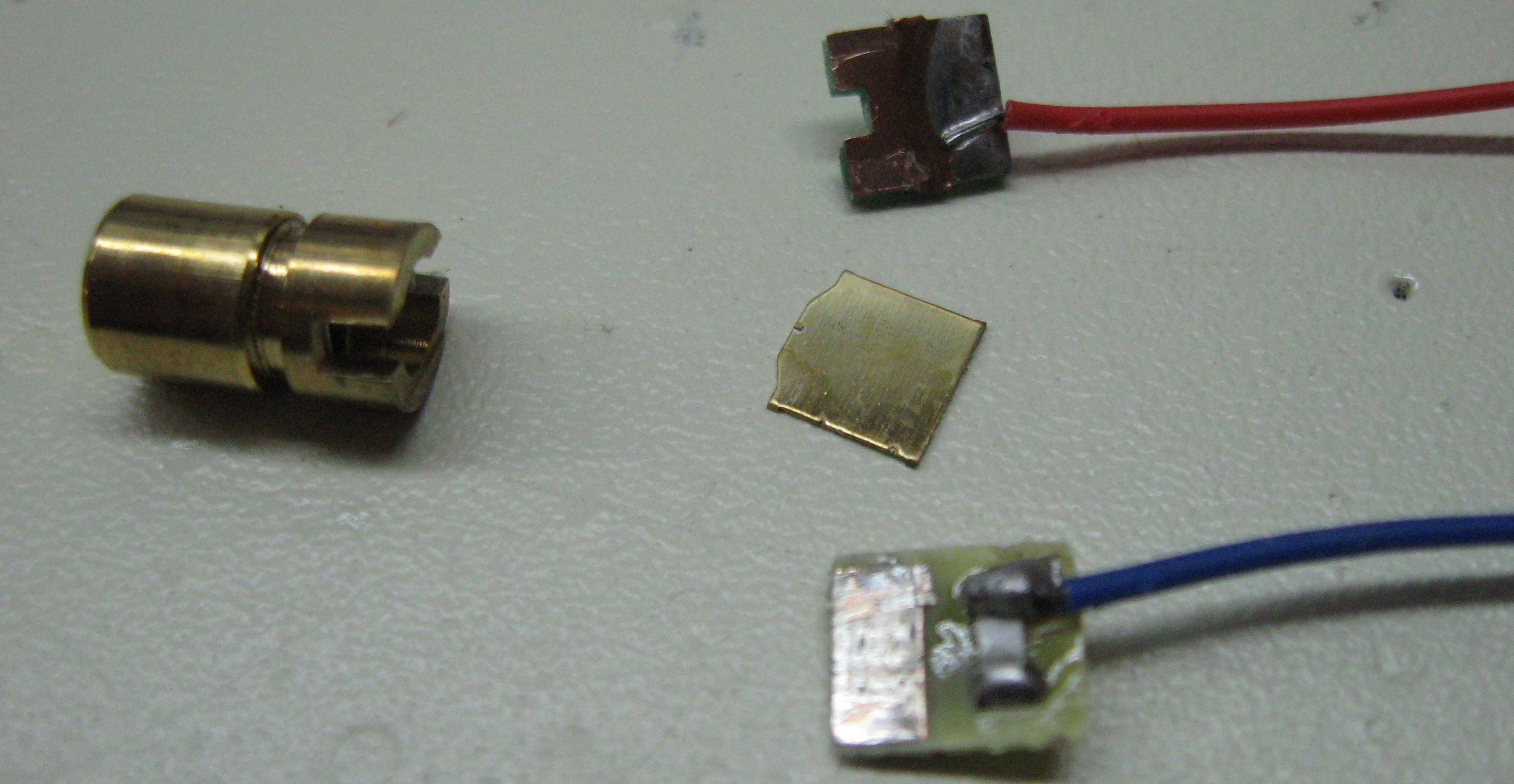 The brass barrel contains a lens press-fit or secured with adhesive (I didn't take it out). Stuffed into a slot in the barrel is a sandwich of two fiberglass PCBs around a brass sheet with the diode die bonded to the top. When the diode was still intact, you could see the tiny gold bond wire attached to the top of the die. It remained with the positive PCB after disassembly:

I was actually quite surprised to find there was no encapsulation whatsoever; you could reach in (with a toothpick) and touch the die and bond wire. The board connected to the negative lead contains a series resistor measuring 33.2 ohms; this is intended to let you run the laser from a 3V DC supply - another surprise: no photodiode feedback, and no constant current driver. When I first played with laser diodes (780nm IR) in the late 1980s, they were finicky things, requiring special optical-feedback driver circuits for protection from over-current. Either they've improved substantially since then, or these diodes are destined for an early grave.

Here are some zooms of the die on the brass shim. It's probably bonded with conductive adhesive similar to that used to bond LEDs (see the Sparkfun Tutorial about how LEDs are made). 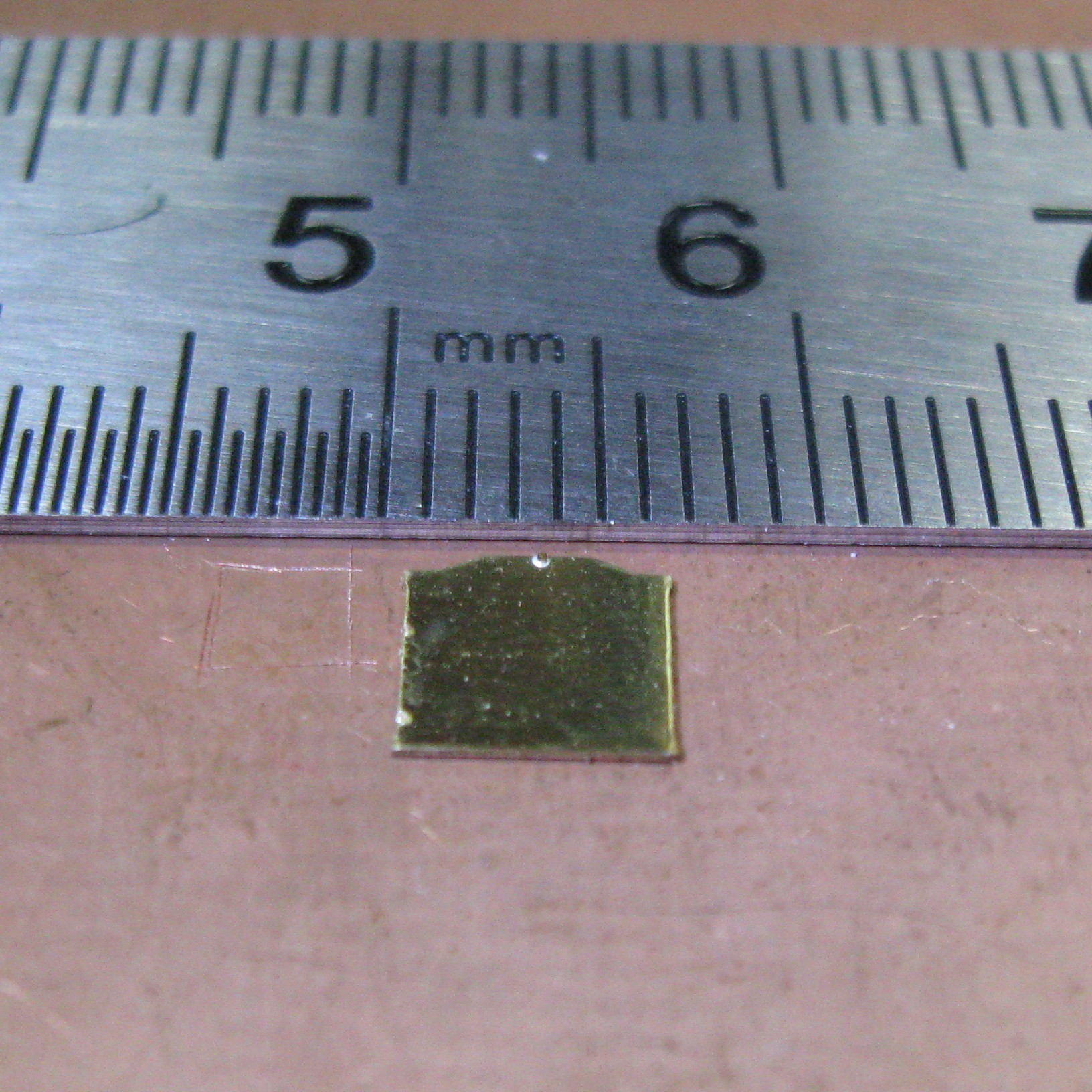 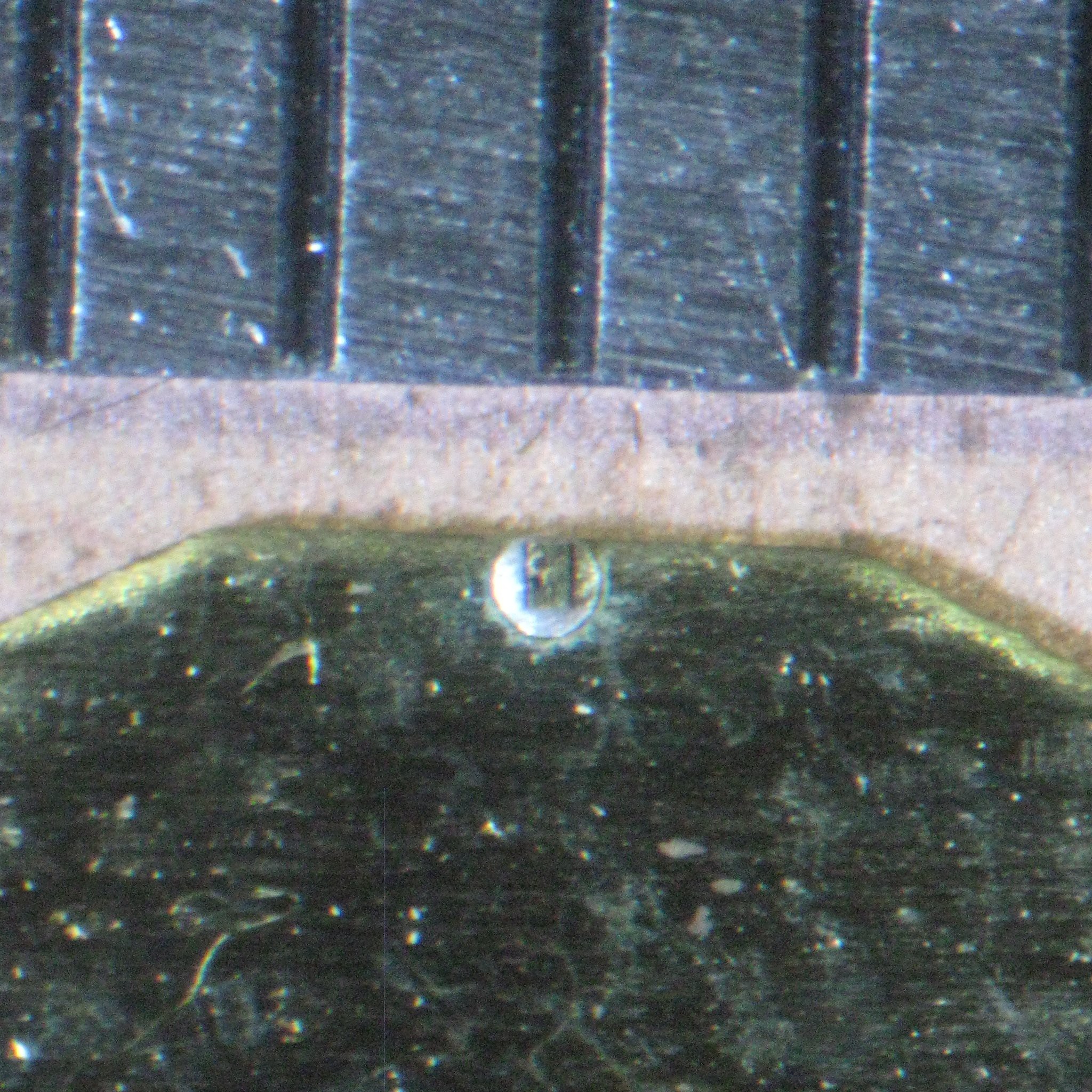 I've measured the I/V curve and optical output for one of these modules, and am working on a simple, fast, driver design. I'll present both next time.