From IKEA Moppe to 3D Printer

I wanted to make a 3d printer for so long and never got around to actually make one. Sure there were some attempts in the past but never non of these produced a part that was actually useful.

So... where do you start? for me it started with the frame. One day I was looking around in the attic and found a old IKEA storage box (called the Moppe). This had the dimensions I had in mind and was stable enough basis. 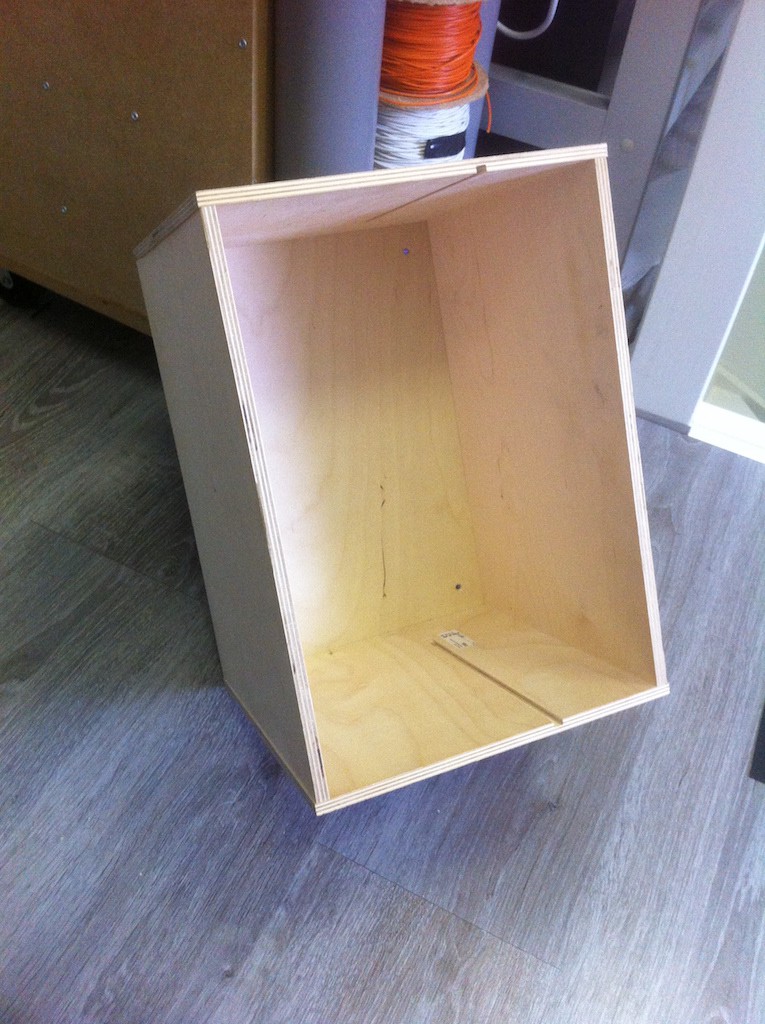 There are many sorts of 3d printers out there and my first thought was to build a Ultimaker kind of printer where the and I started with a prototype to test how this would work. 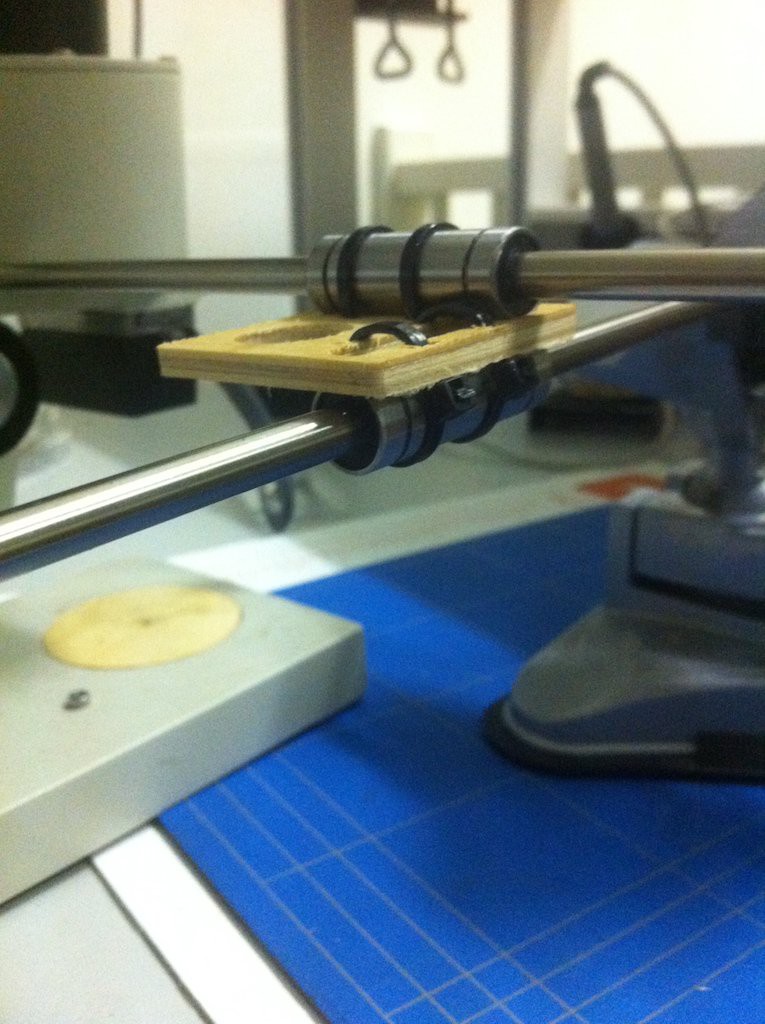 After a while of playing around with this I ran into a 3D printer setup called a CoreXY and I really loved this.

One of my earlier projects was a CNC mill so obviously I wanted to use this to create the parts for my 3D printer. For the last year I use Fusion 360 to do both the CAD and the CAM. 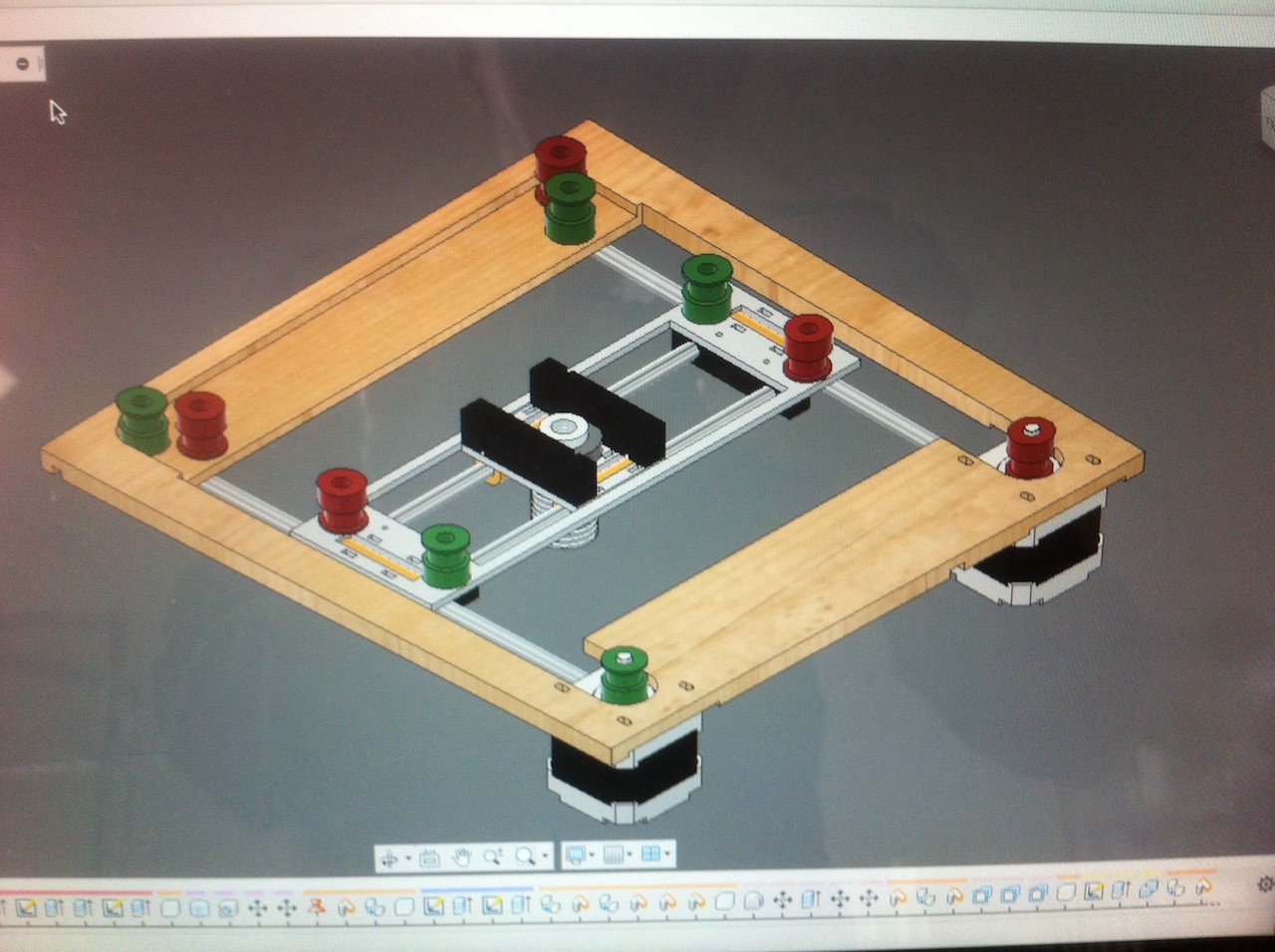 First I milled the parts from 5mm triplex before creating them from aluminium. 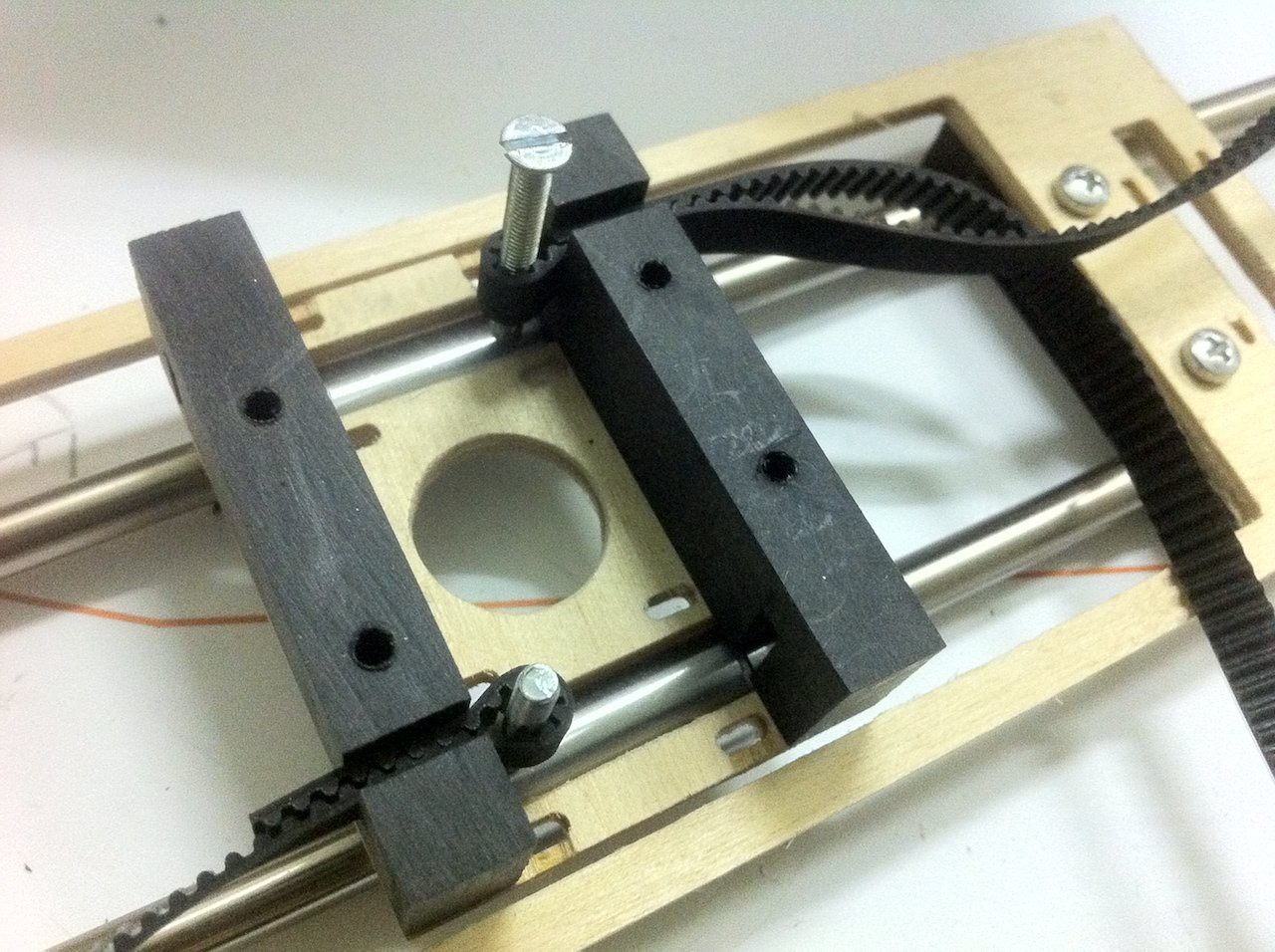 I ordered a E3D style knockoff extruder from Banggood and created a clip to mount it out of some delrin I had laying around. 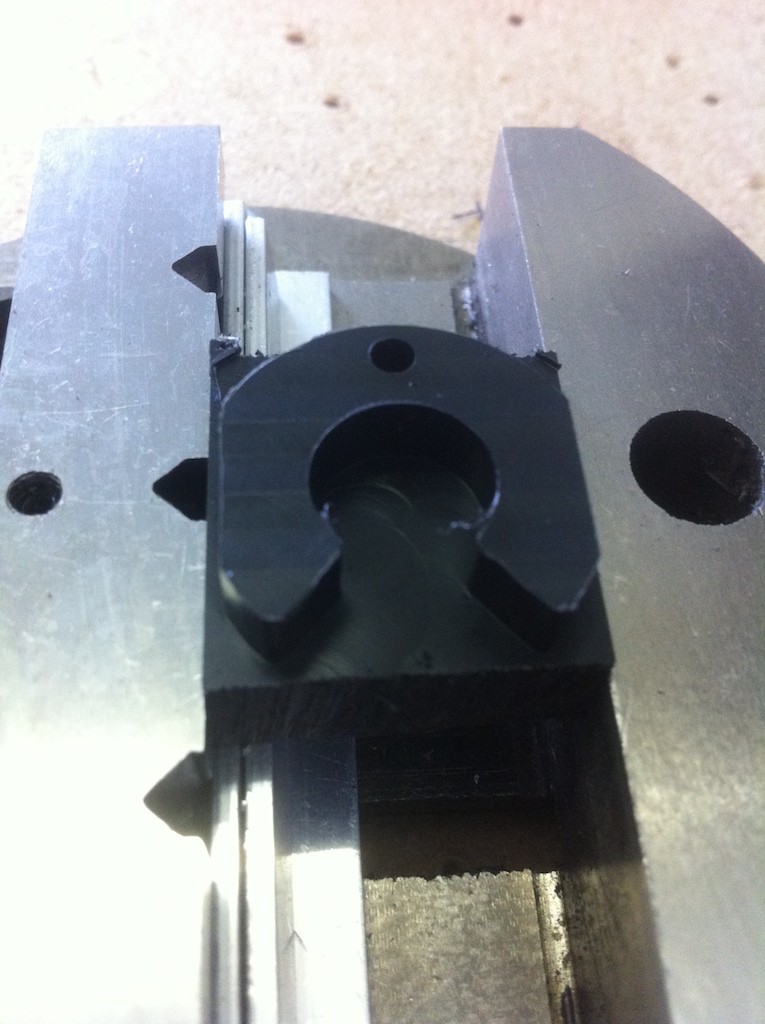 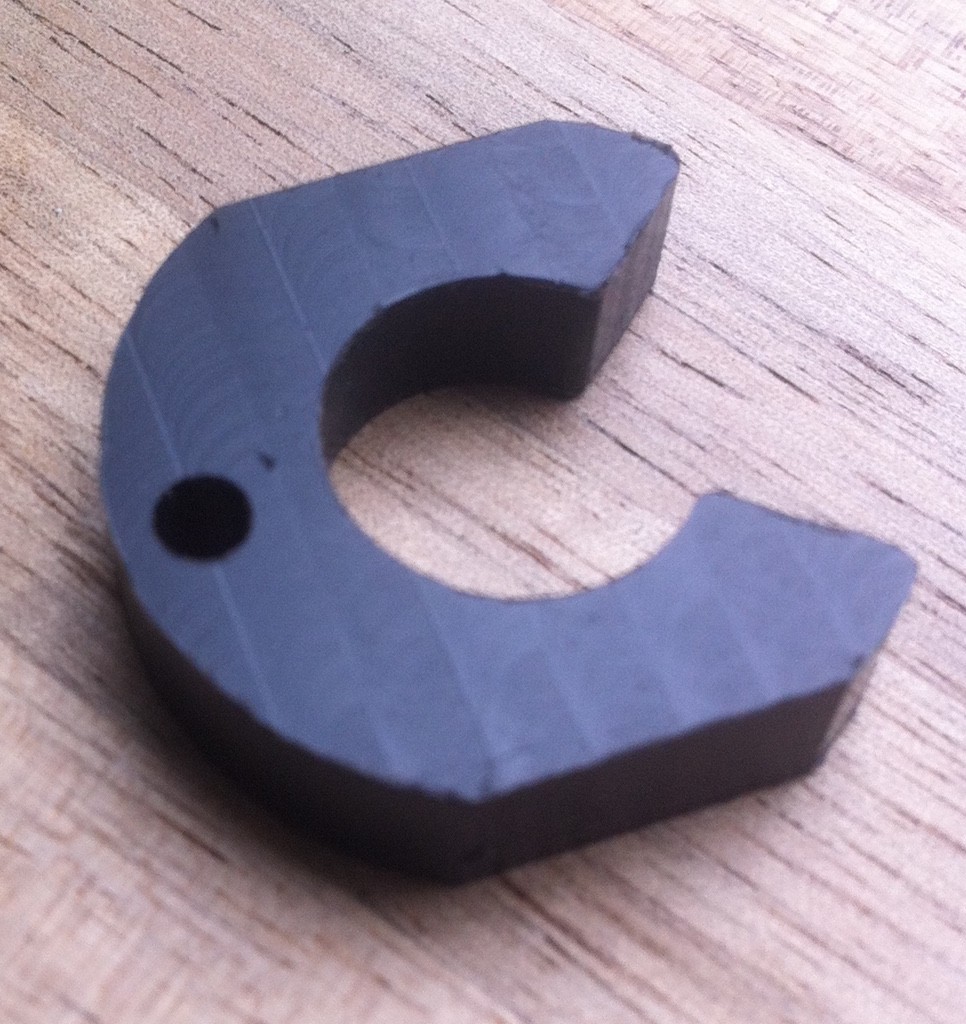 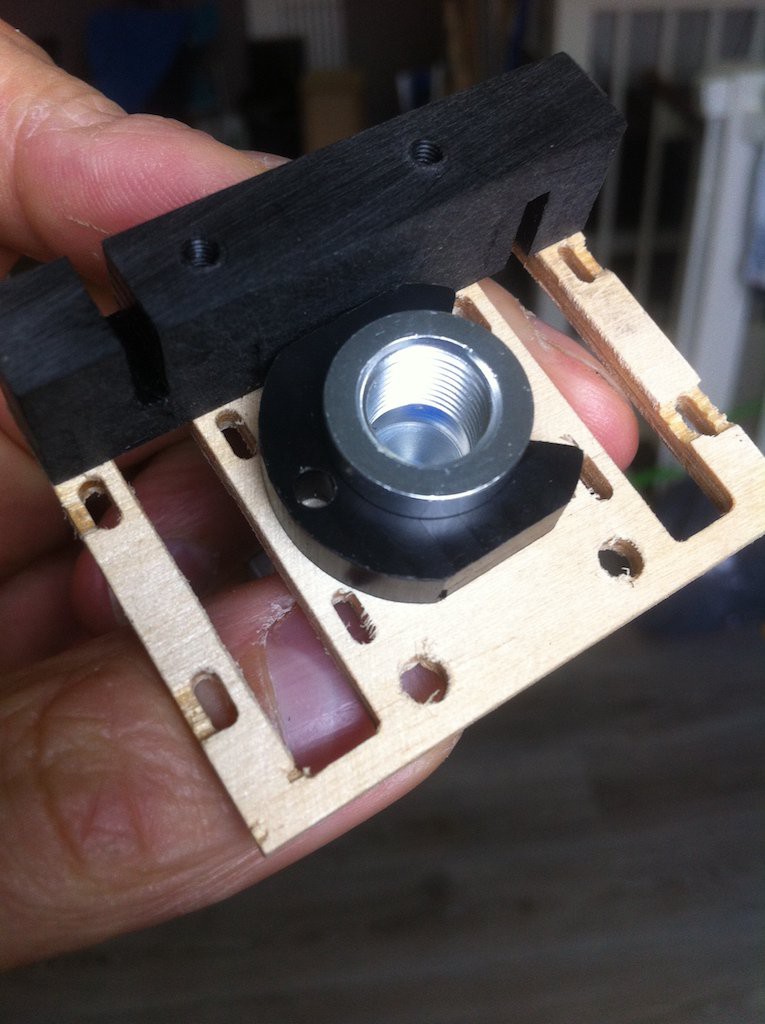 The wooden parts proved that all the measurements were correct so I started created the same parts but now from aluminium. 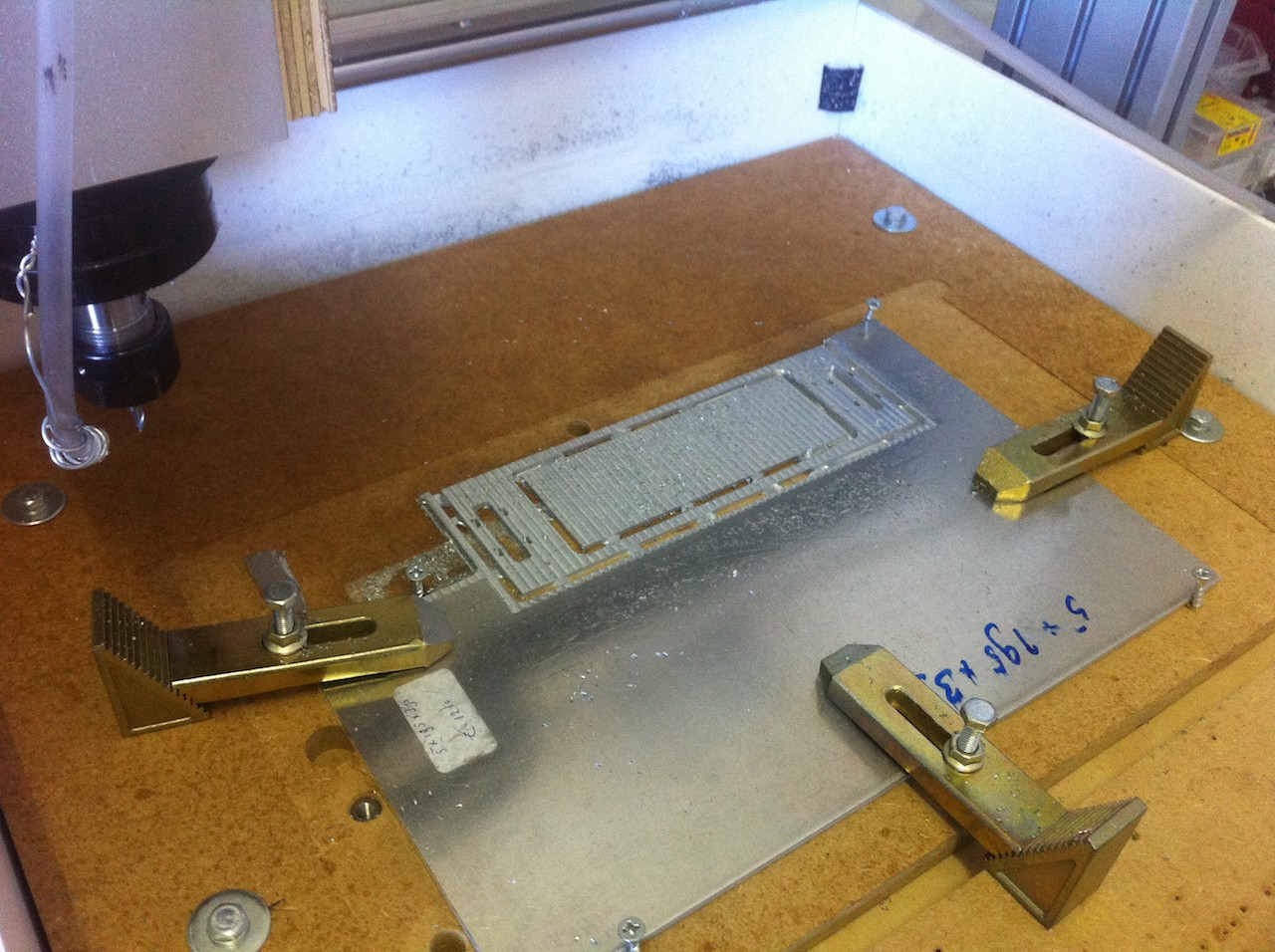 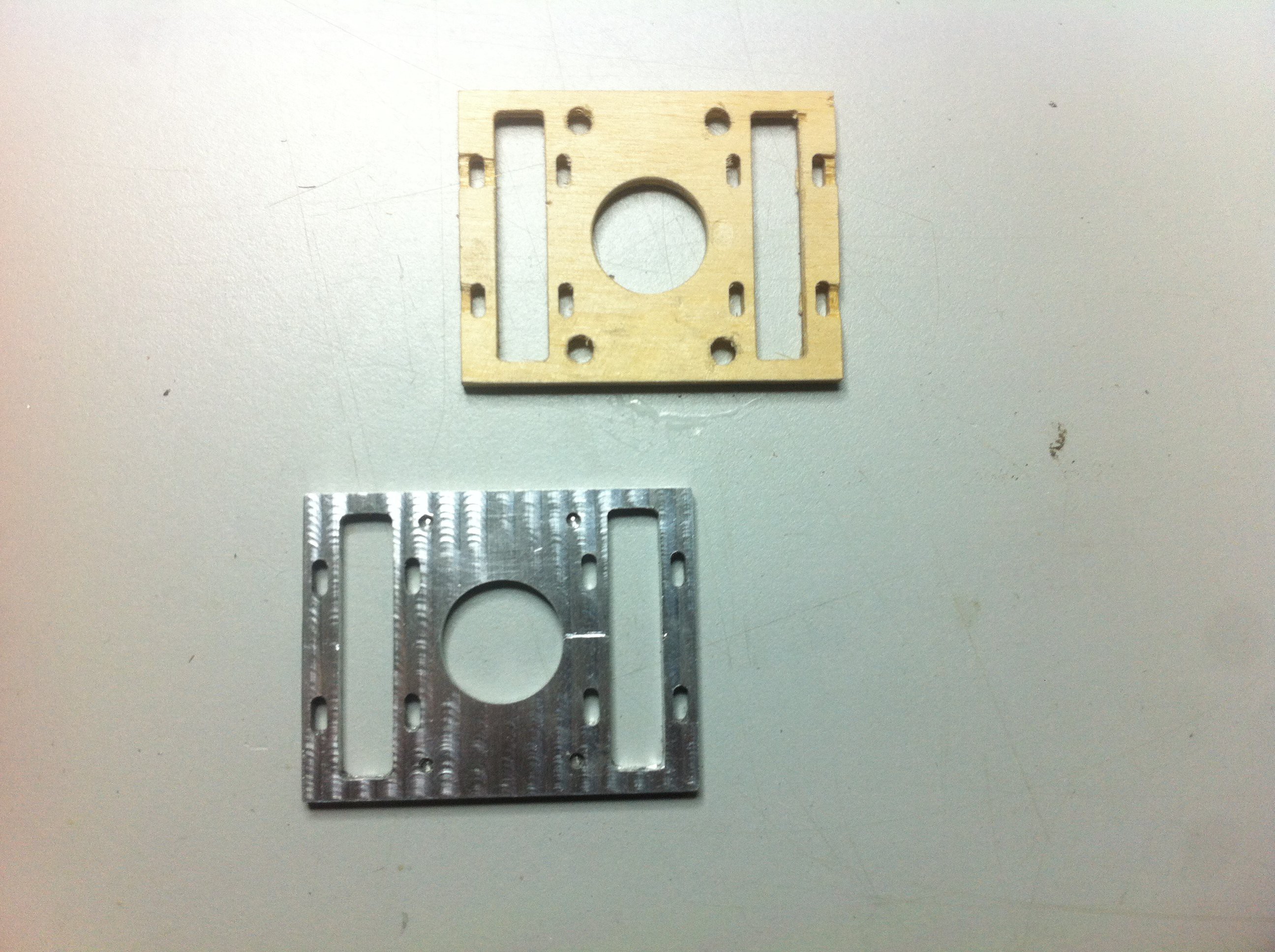 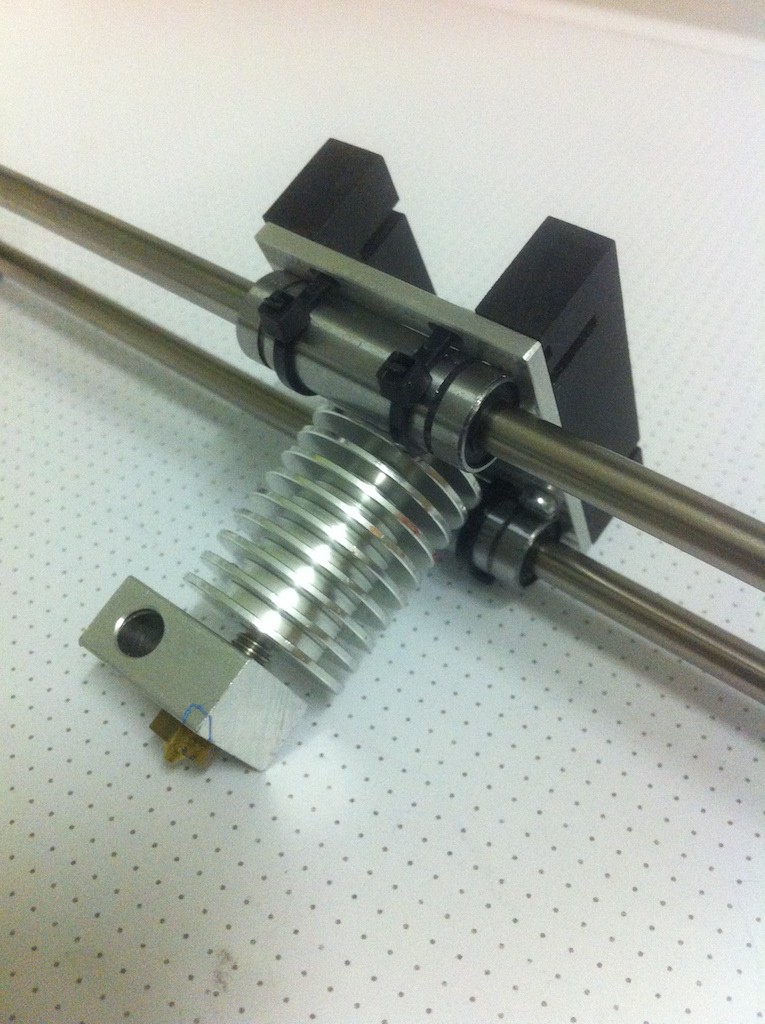 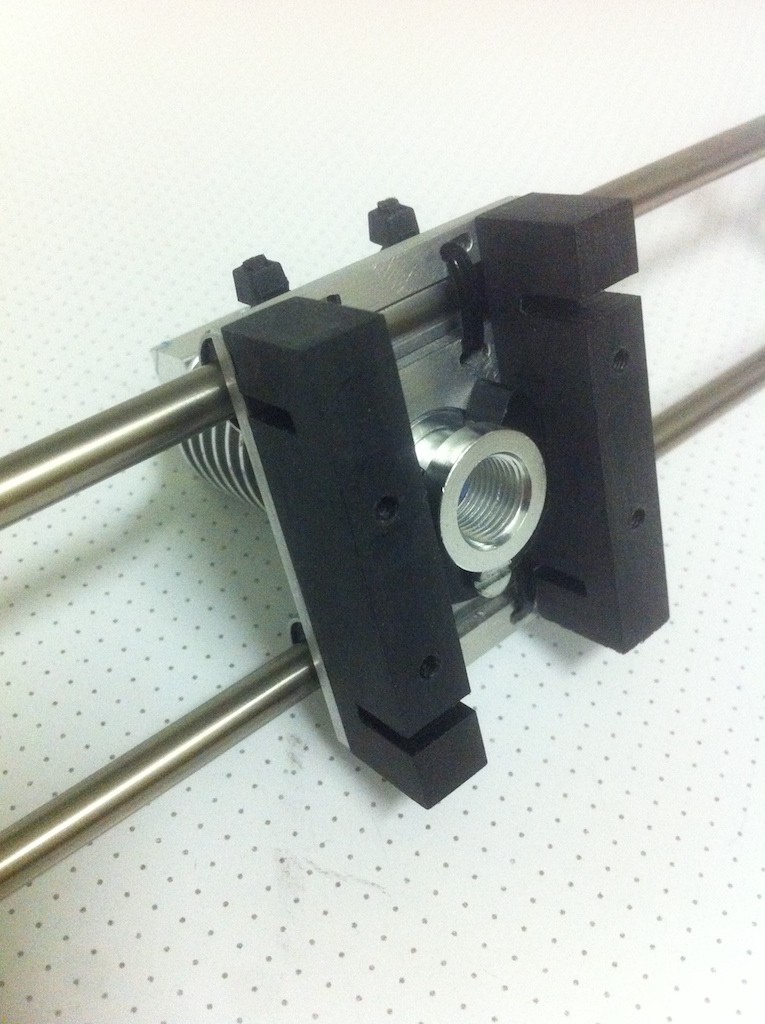 Before connecting my RAMPS (1.4) board I tested the setup by rotating the stepper by hand.

With the X and Y axis in place it was time to create the Z axis. So starting up the Fusion engine again... 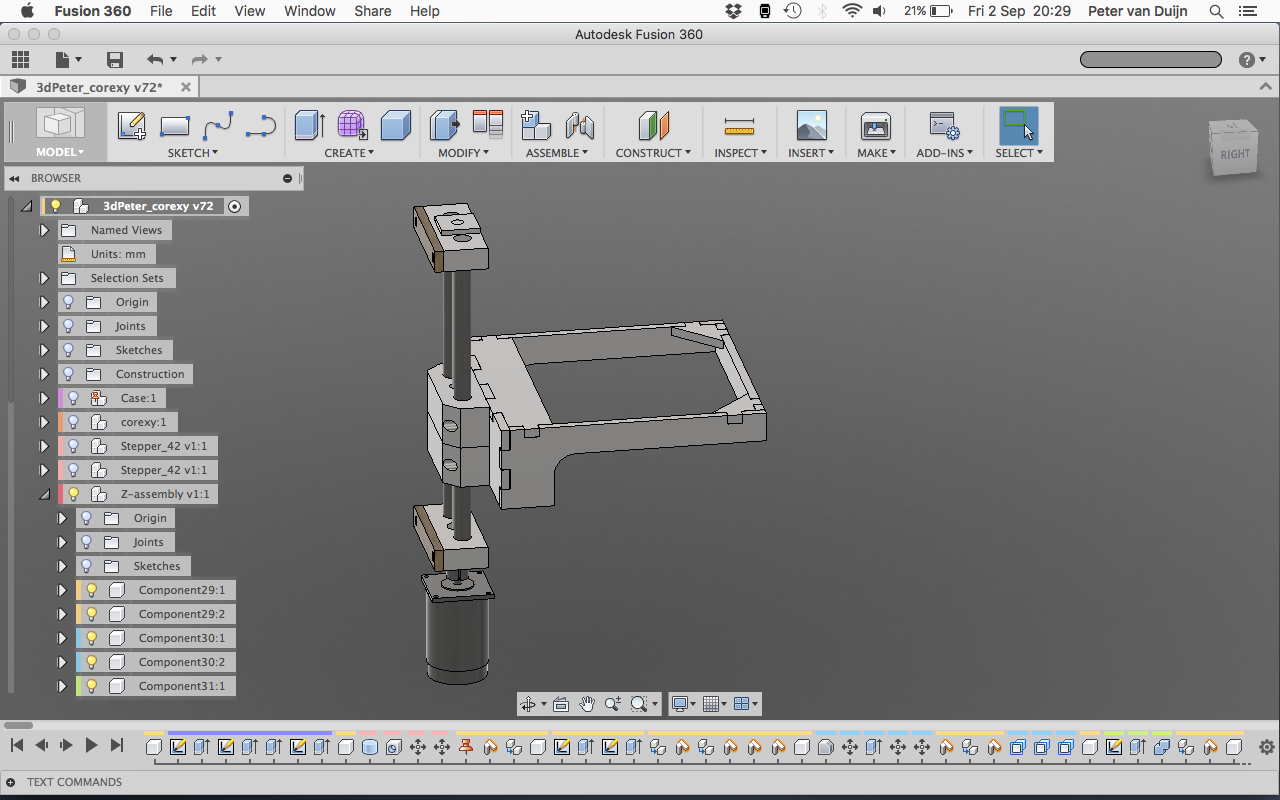 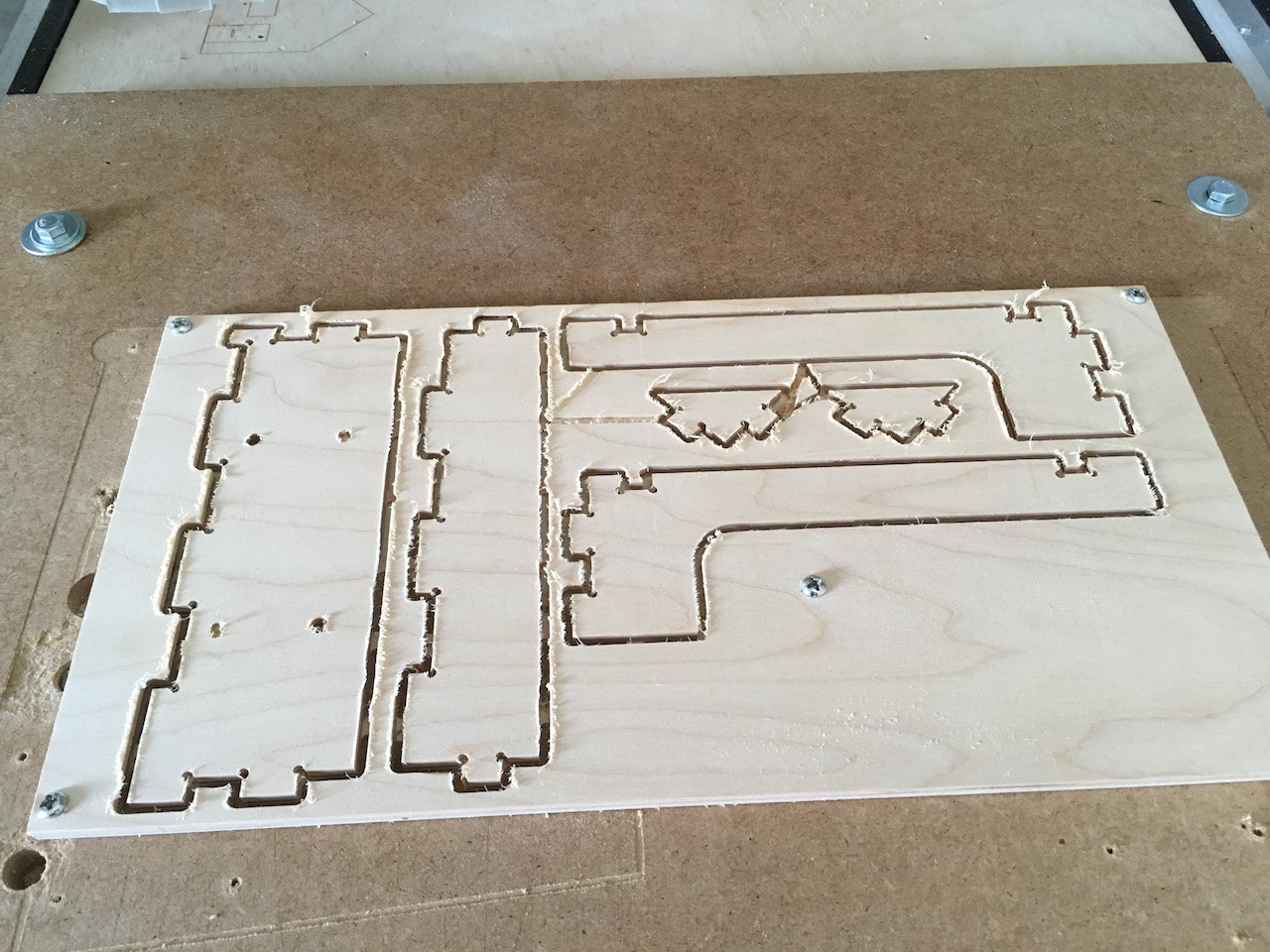 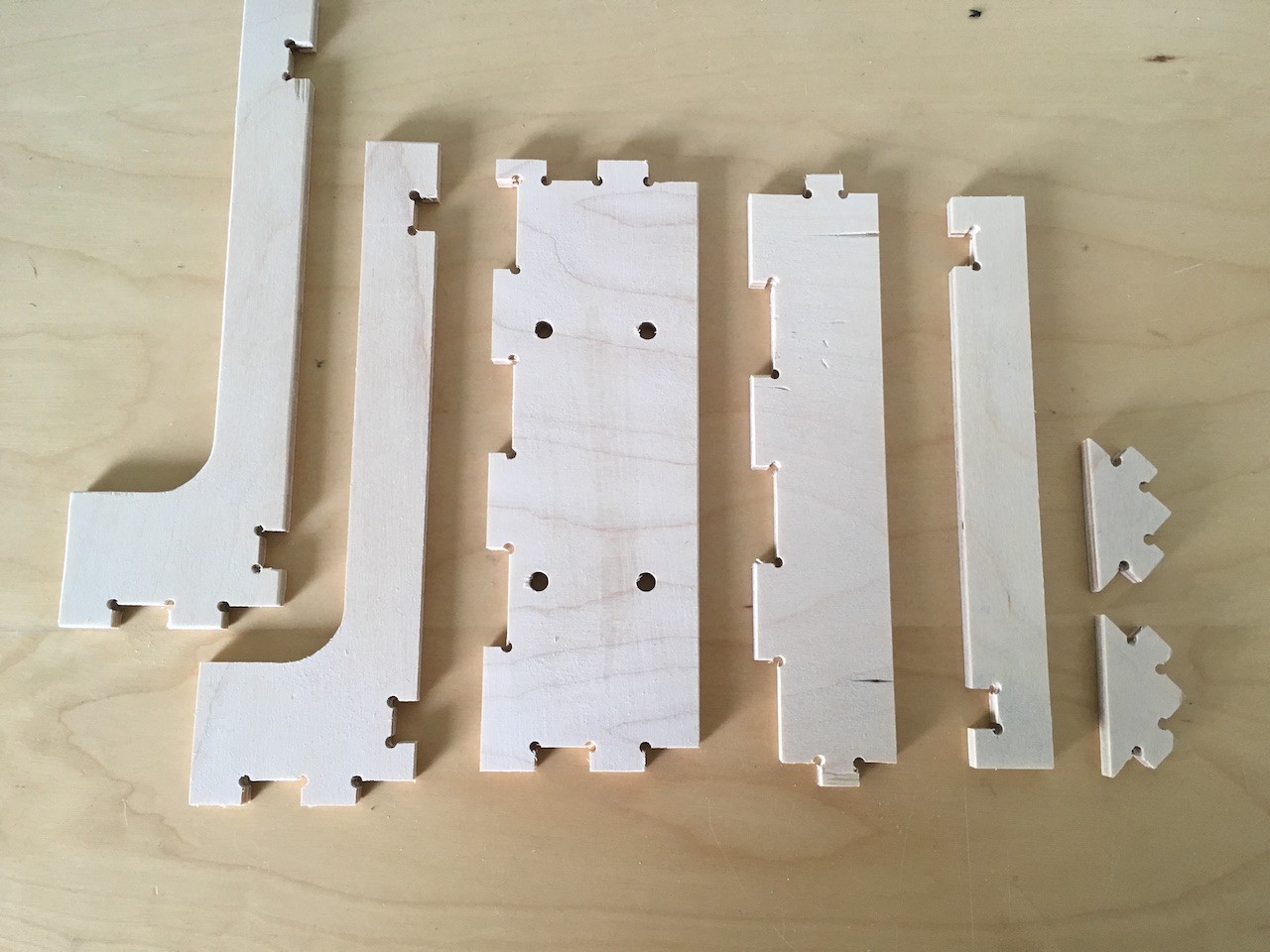 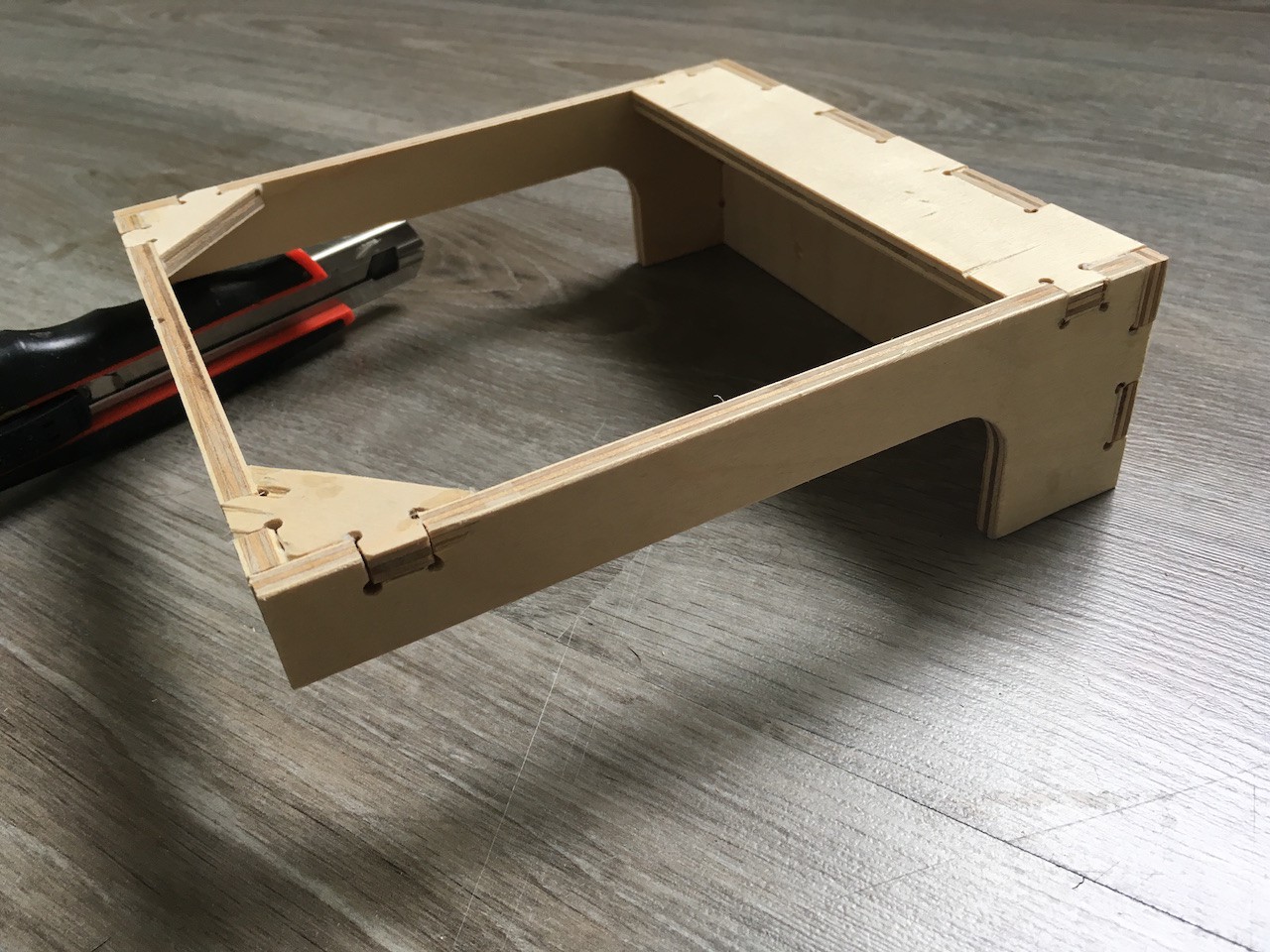 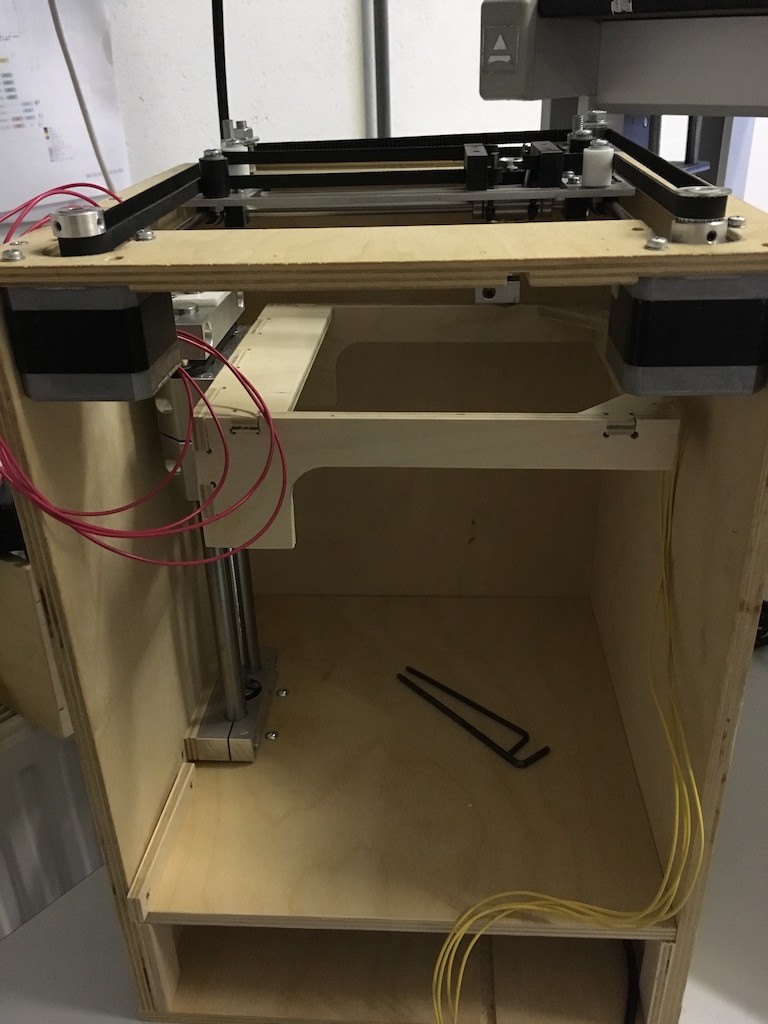 The last thing the do before the first test was to mount the filament roll on the side and hook everything up to the Ramp board. 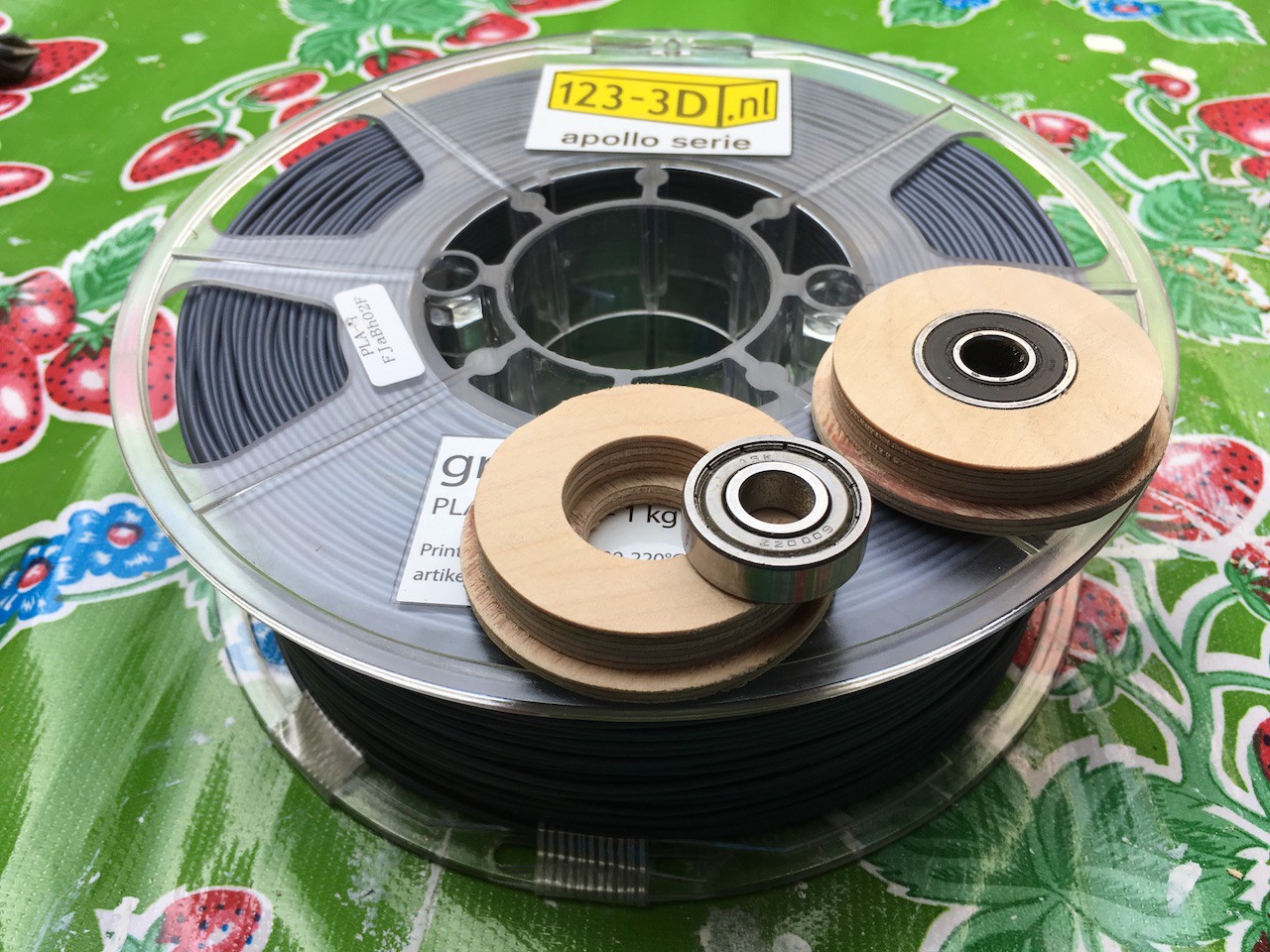 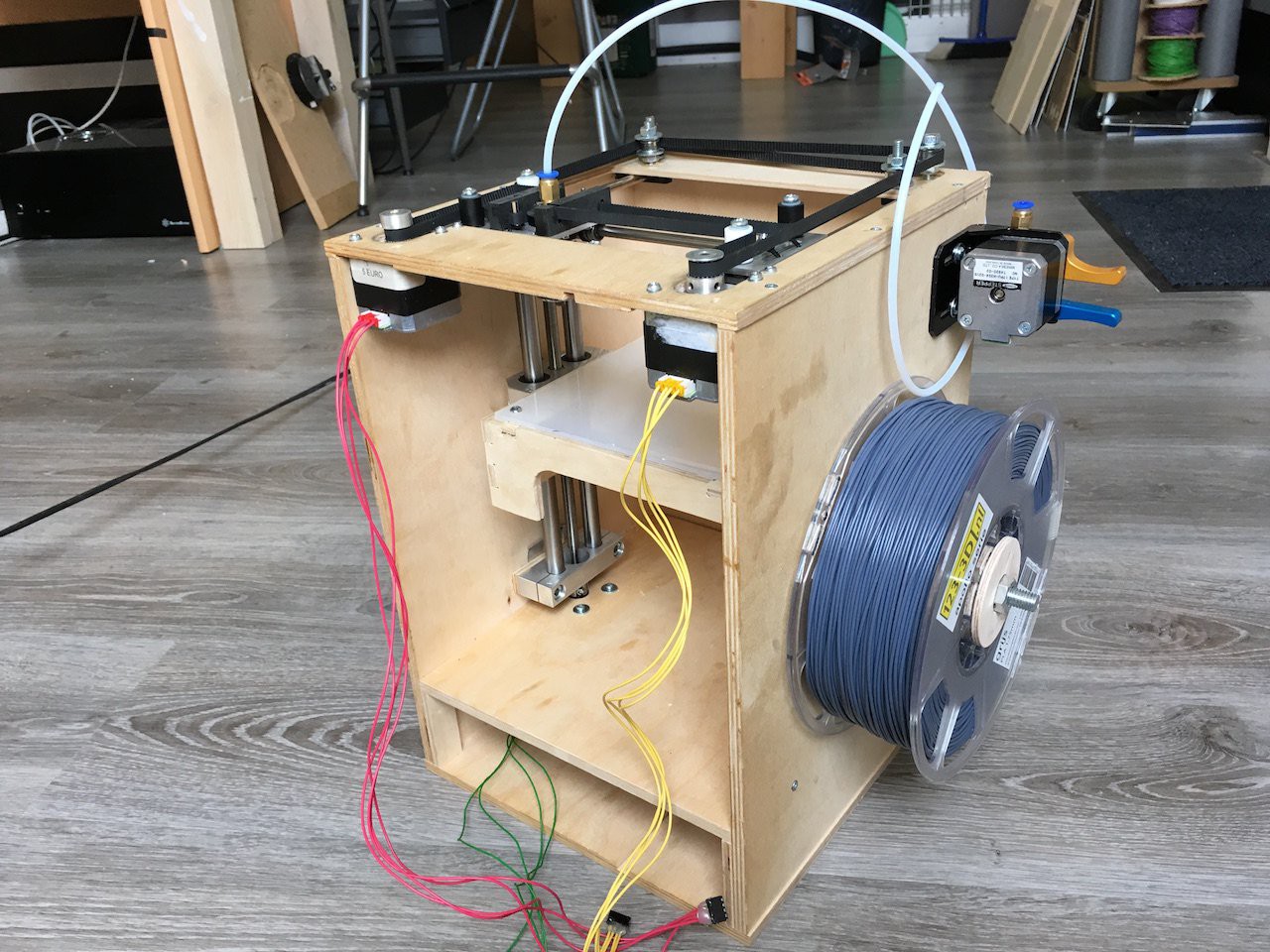 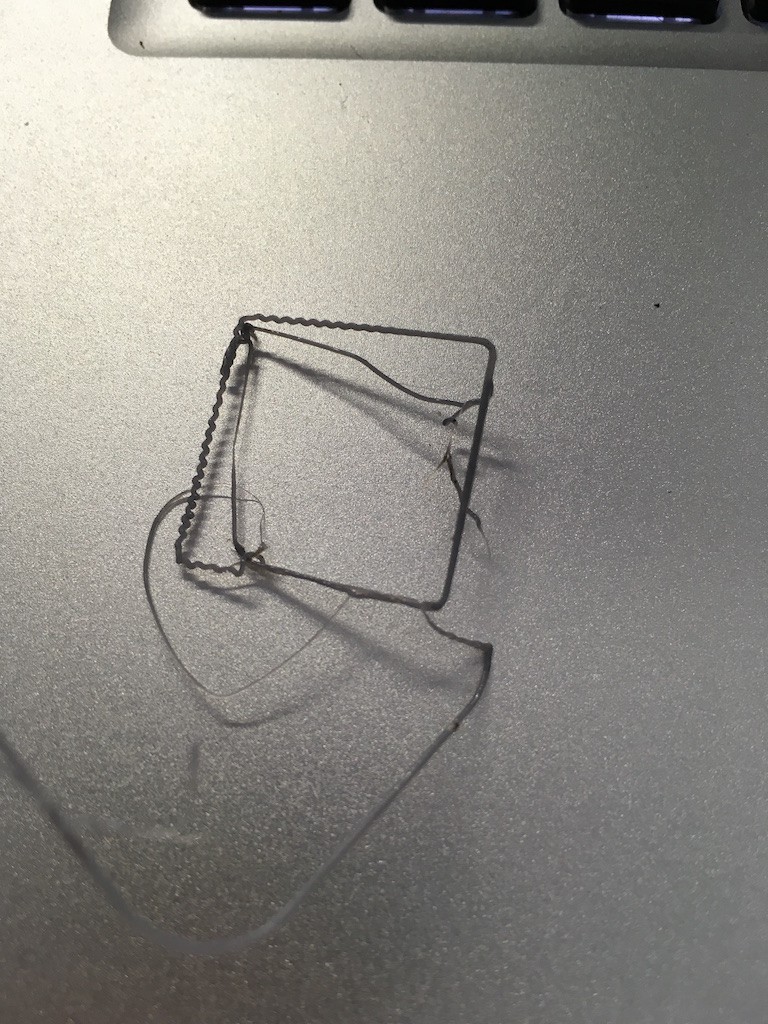 O, not really the result I was hoping for :) Fixed some settings the the Marlin firmware, adjusted the temperature to 185 (printing PLA) and started a bit closer to the table this time and ..... 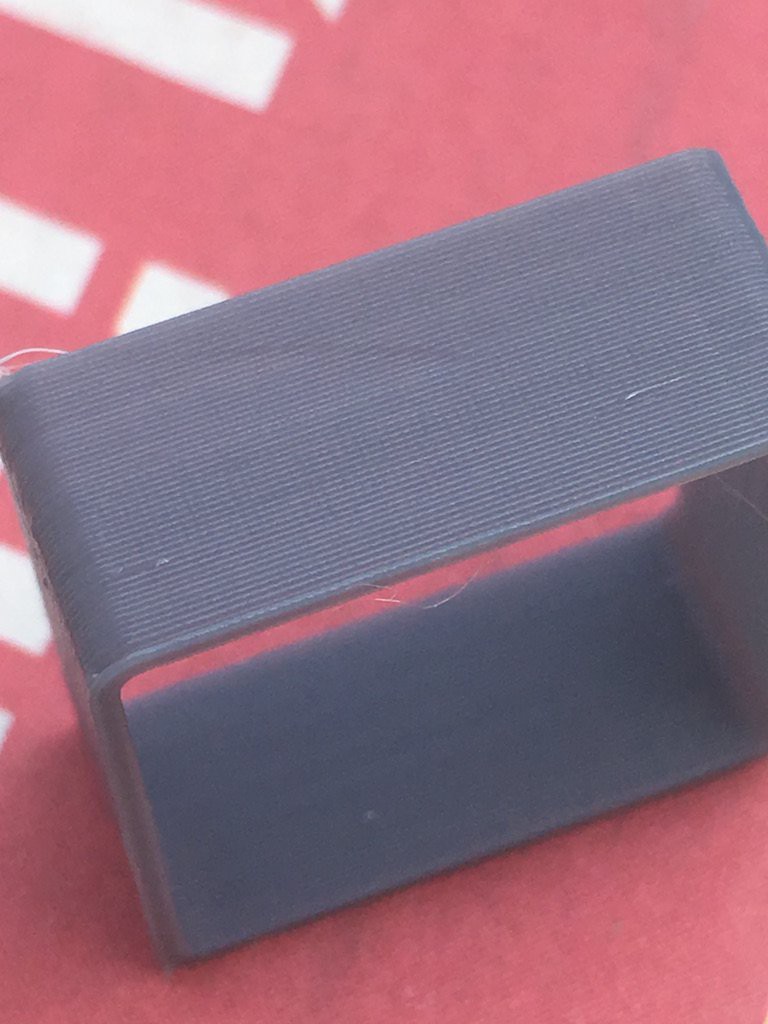 That's more like it. Although this print looks this a couple of thing I needed to tweak. One things that went wrong was that when I was doing more small prints straight after each other the filament sort of crumbled up in the extruder. A quick google learned that I was missing a fan on my j-head that keeps the top part of the extruder cool. Since now I have a 3d printer a printed my self a 30mm fan duct. 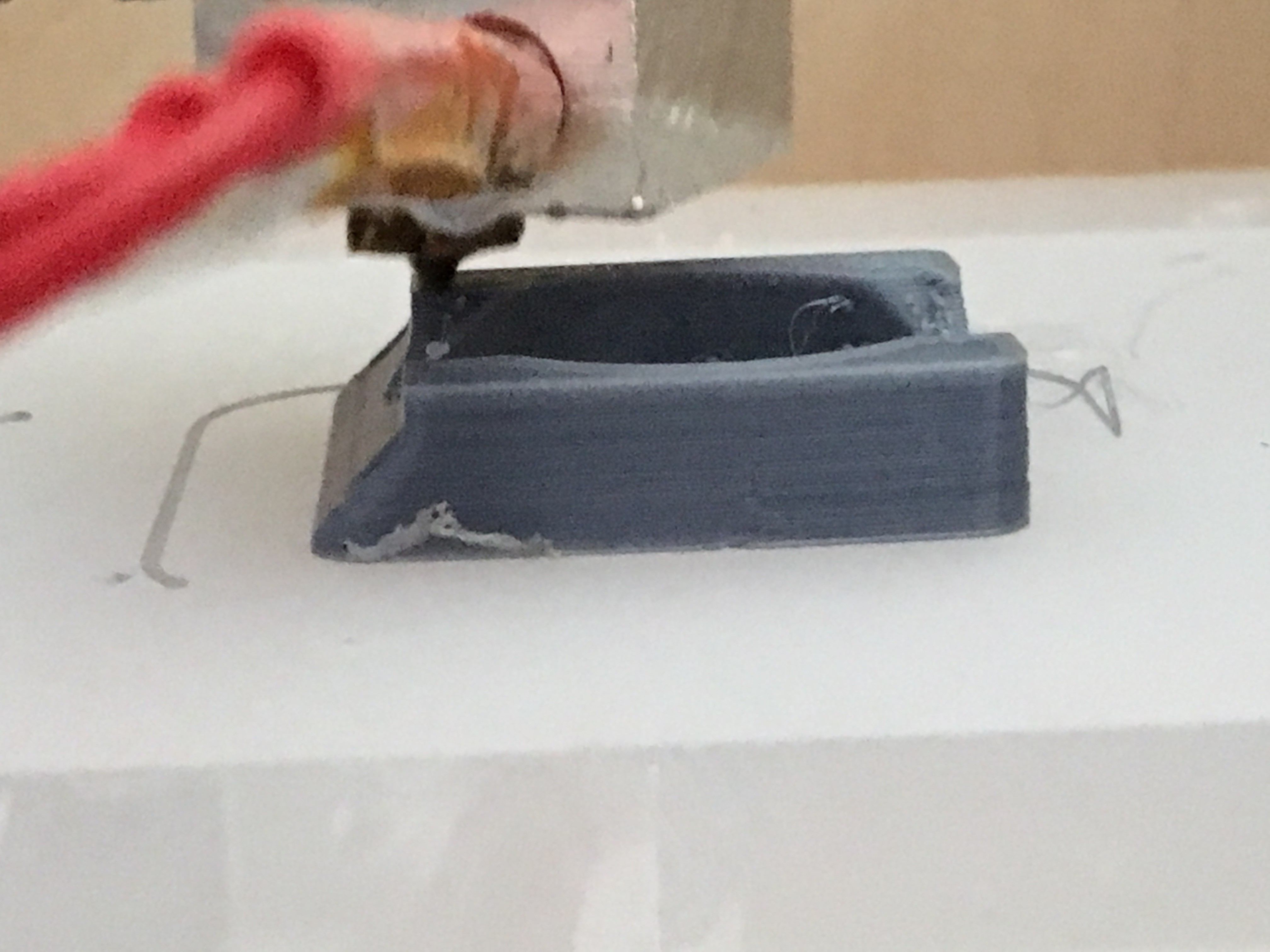 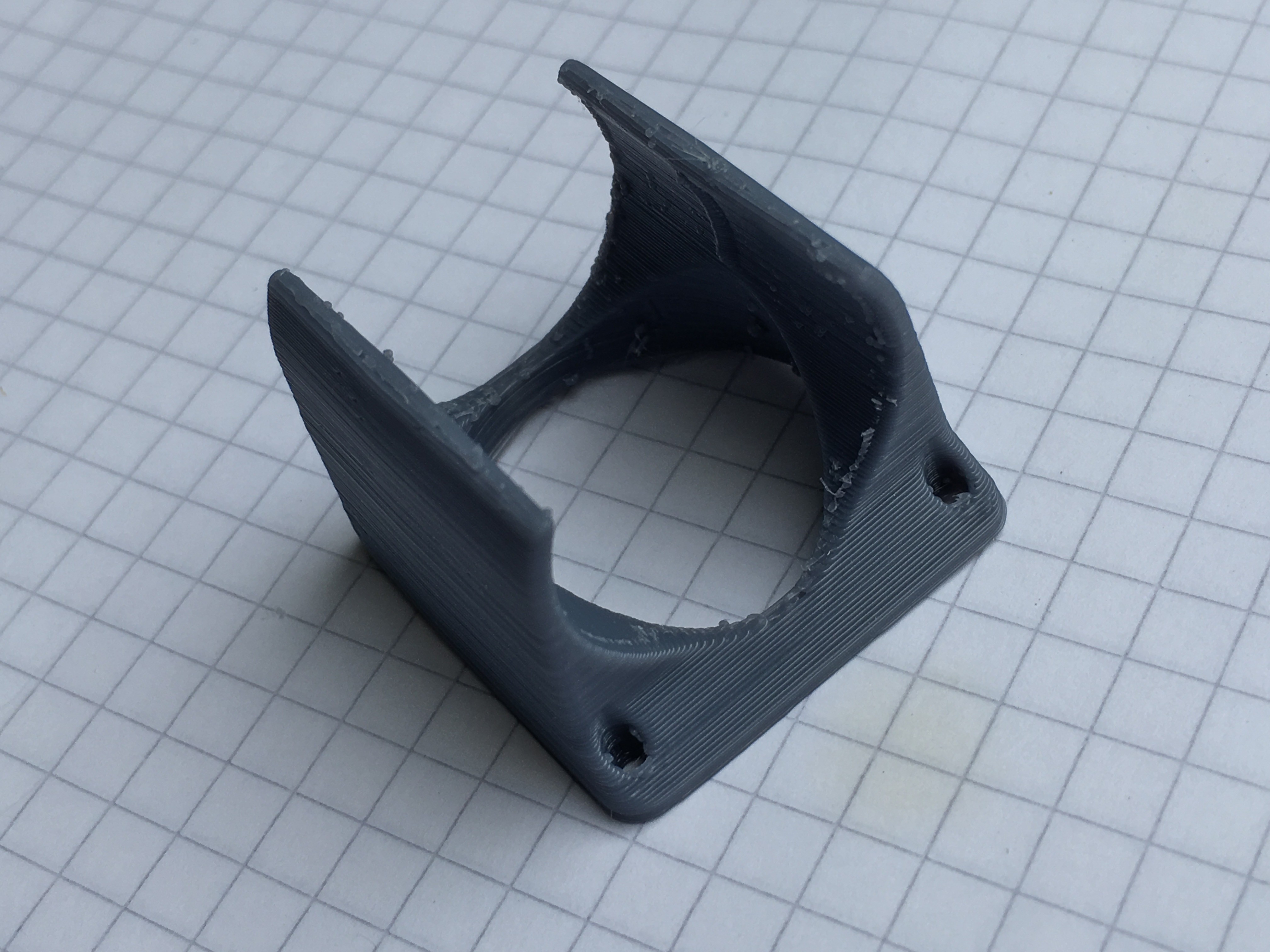 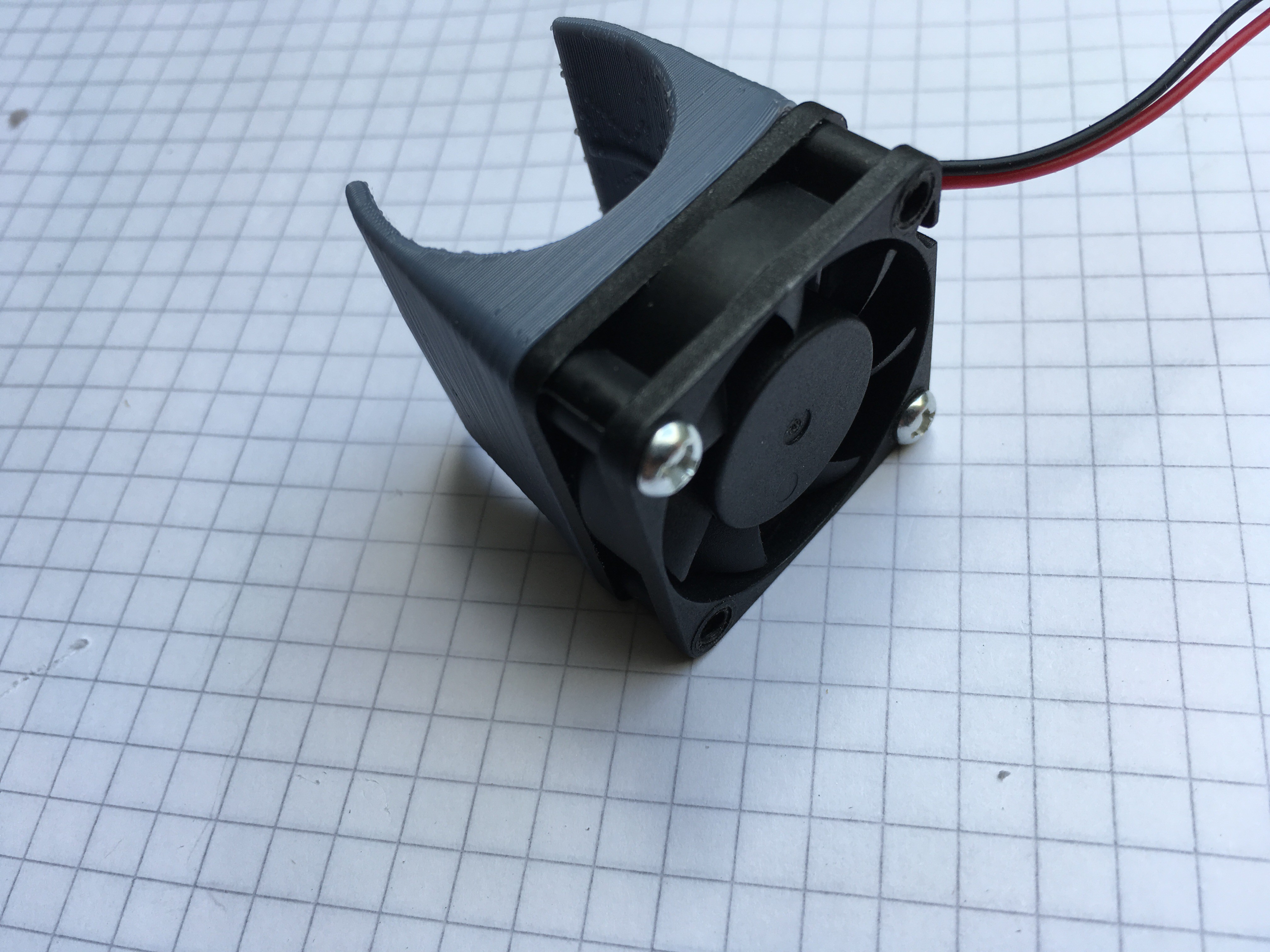 Also I needed a way to level the table. To do this I added 3 bolds and springs. 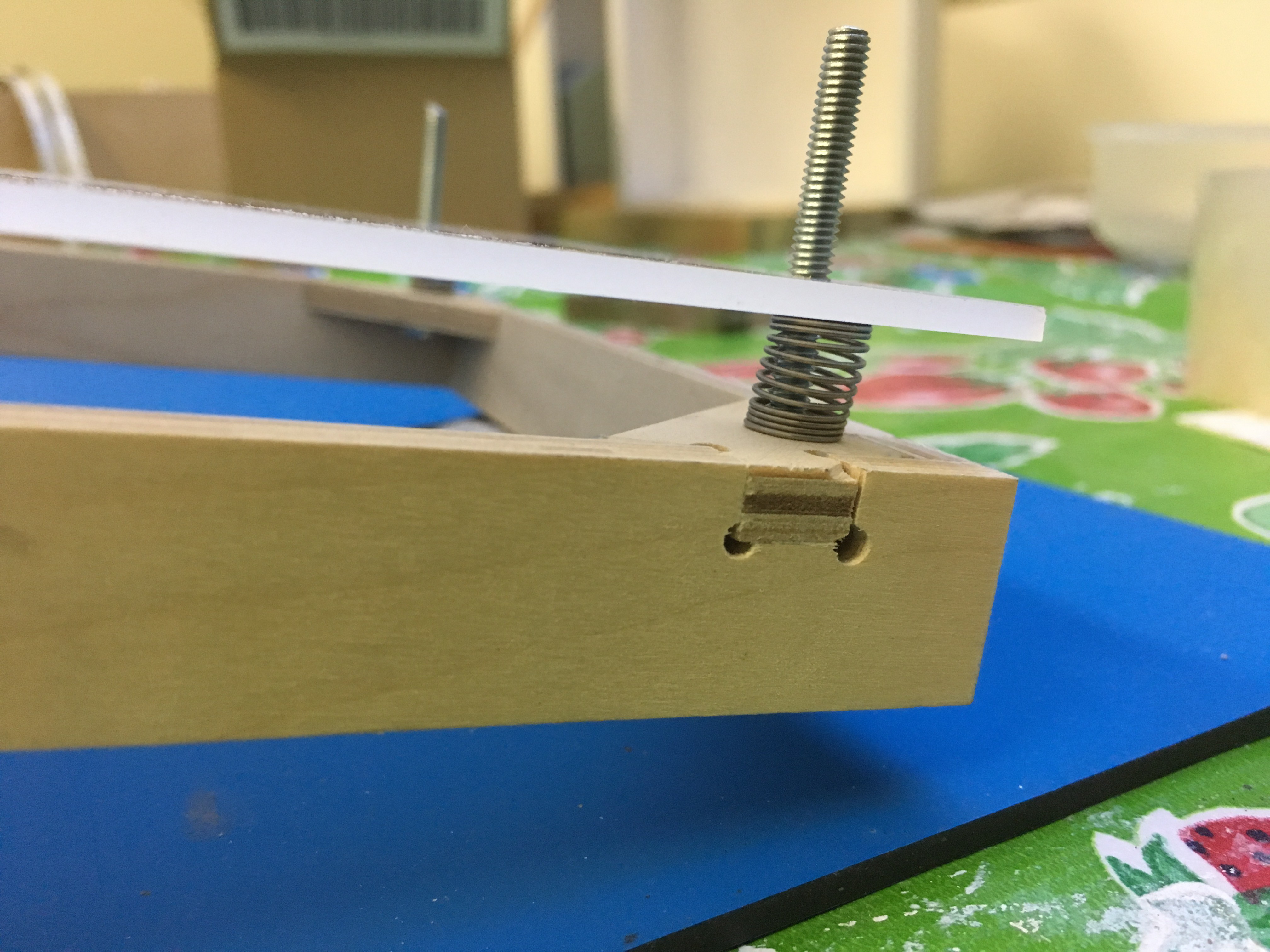 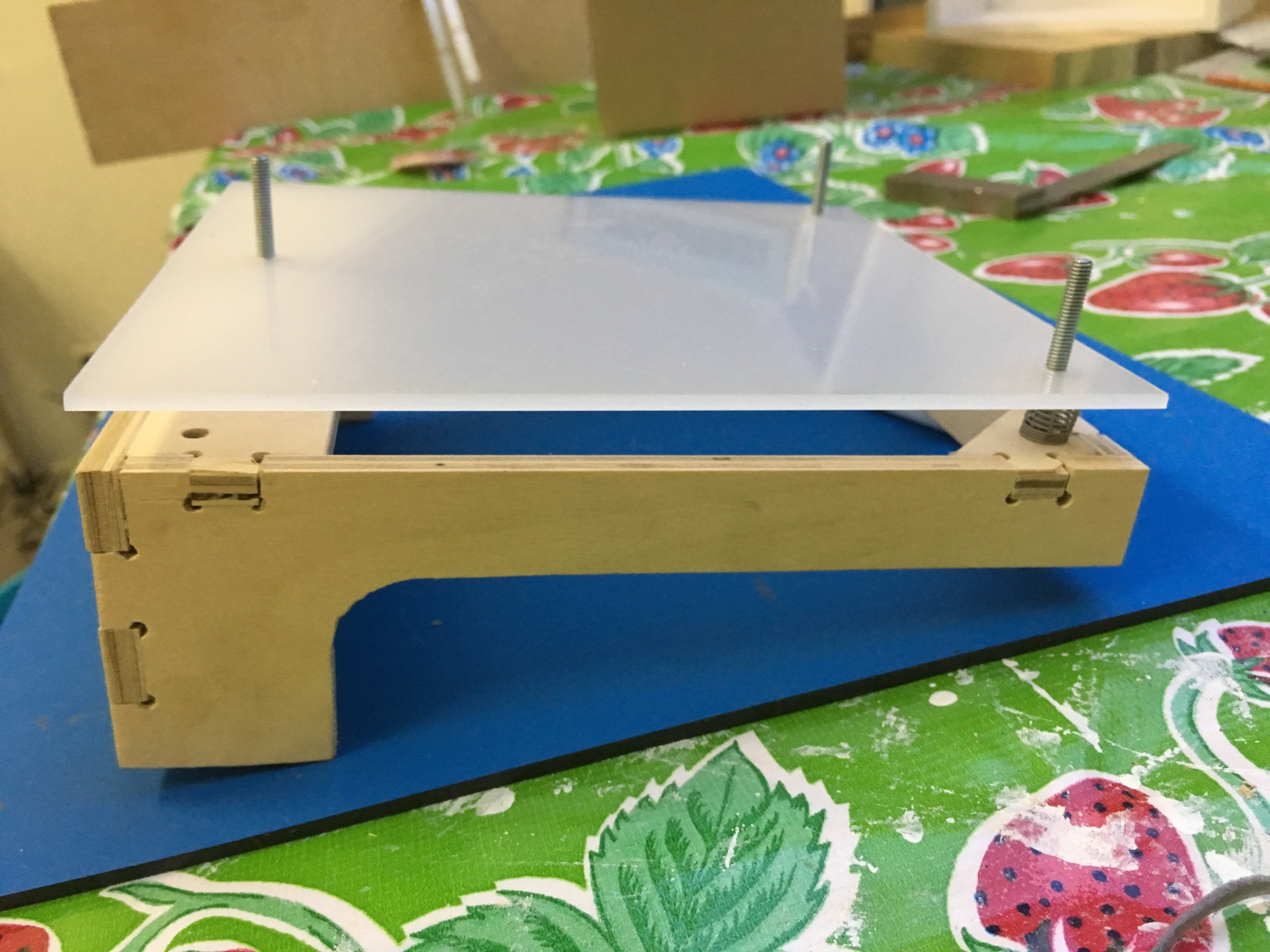 There are still a couple of things that I need to add (switches, leds, auto levelling, etc...) but for now I finally got my self a 3d printer and I'm a happy maker :)

Now you can print yourself a better printer!

I figure you already realize this, but that Bang-good hotend is not a J-head, instead it's an E3D style knockoff.  I would recommend that you replace the heatbreak and nozzles at least with E3D parts because they are better machined and more consistent.  This only works if the nozzle is M6 threaded and the heatbreak is M6 (V5) or M7 (V6) threaded.

I'm mostly commenting since I know the J-head folks are really torqued about poor copies like that ruining their reputation (especially since the design isn't anything like theirs).  Real J-heads should be bought from Hotends.com or similar dealers, while other hotends should be bought again, from original developers or authorized retailers, since the quality is very hit and miss.

Sorry for all the negativity in your first comment.  It does look like a really cool project, and I can see how it seems to be meant to be done on the cheap, while the results so far look OK.

Thanks for your feedback. The next time I need an extruder I'll order a proper one. For now, while I'm still in the experimenting phase, this one will do the trick. I've modified the text and replaced the J-head reference with "E3D style knockoff" :)

Is there any sort of real, unbiased testing that shows the genuine hot ends really make a difference? I'm getting tired of the genuine E3D elitism. I'm sorry but what is essentially a tube of metal with fins and threads isn't hard to make with adequate precision. Knockoff J-heads work just fine.

This is my build log of Jubilee 3D Printer, I will tell anything about what have done one by one on this build log
Project Owner Contributor

The Prusa i3 MK2 is nearly the perfect printer, for those of you who wish it had proper linear motion, you are in luck.
Project Owner Contributor