Its been a week since my last update, currently the project stands somewhere past halfway completion (fingers crossed). I'm attempting to keep the finished project looking as close to the original as possible, because of this i've decided to use the original dials and buttons for a control interface. When i got the radio the string which connected the tuner knob to the needle and the rest of the radio's tuner circuitry broke, I've since repaired that.

in addition to that I've also added a potentiometer additionally attached to the wheel which controls the needle. My plan from the start was to use the tuner knob as a kind of shuffle button so that it will pick a random track whenever the knob was turned. 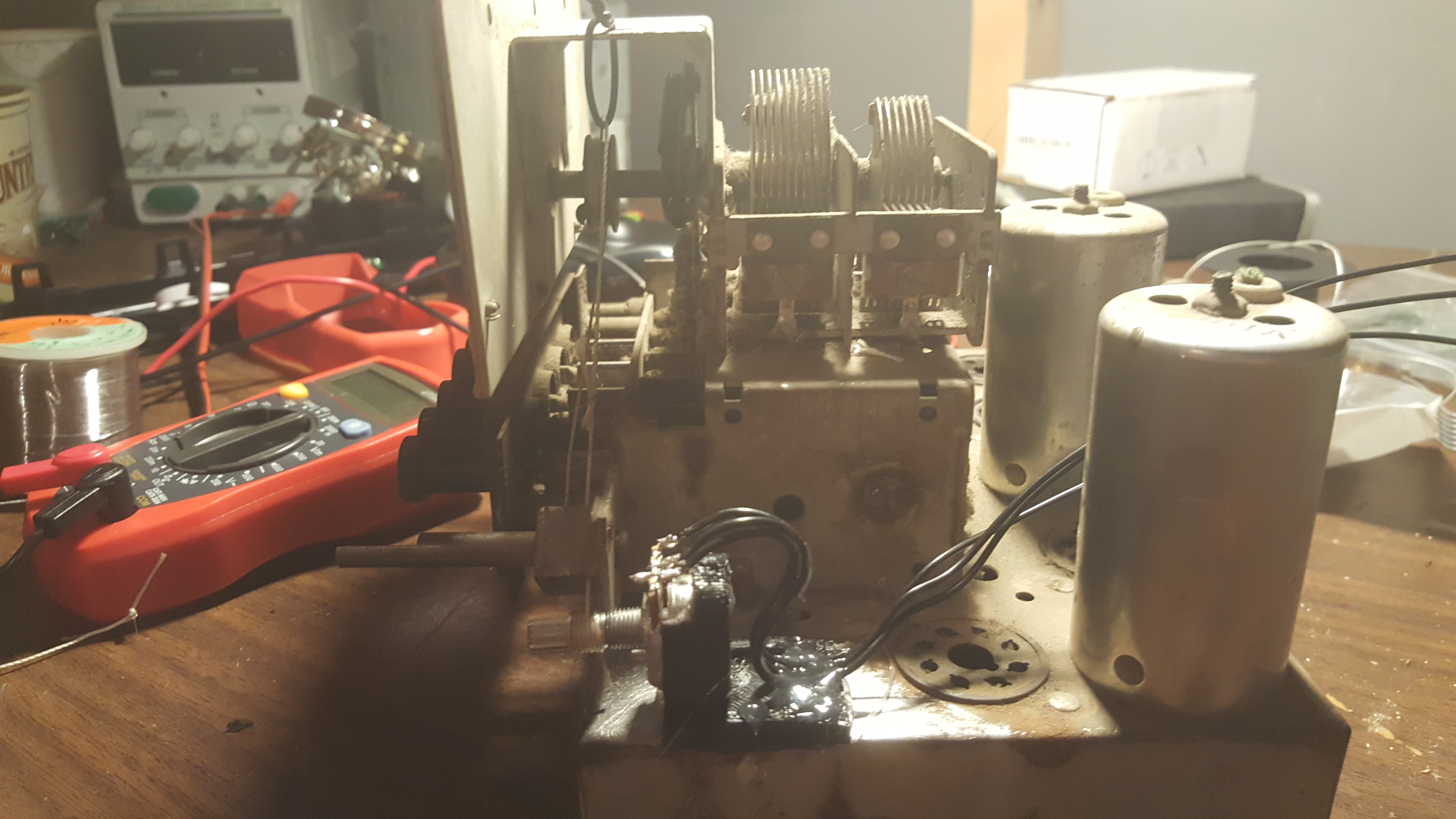 the rest of the work was just some small soldering and wire clipping. a lot of the internal circuitry still exists inside the metal box but i don't see any reason to remove it. 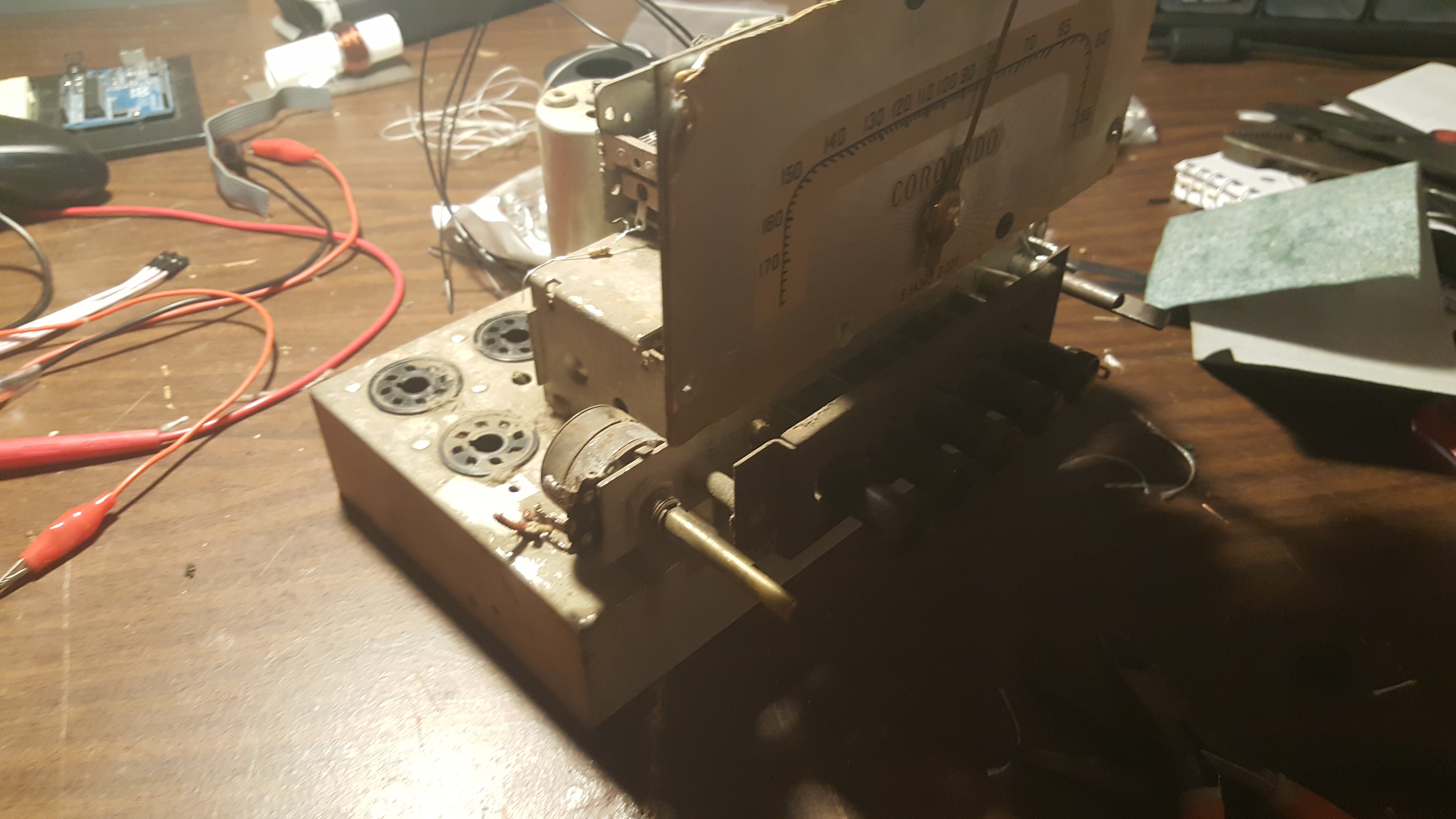 for the most part the radio box is ready to go, all that is left is the code for the pi and the audio system for which i'll be using a PAM8403 (or maybe two) along with speakers salvaged from old CRT TVs, which i am in no shortage of. 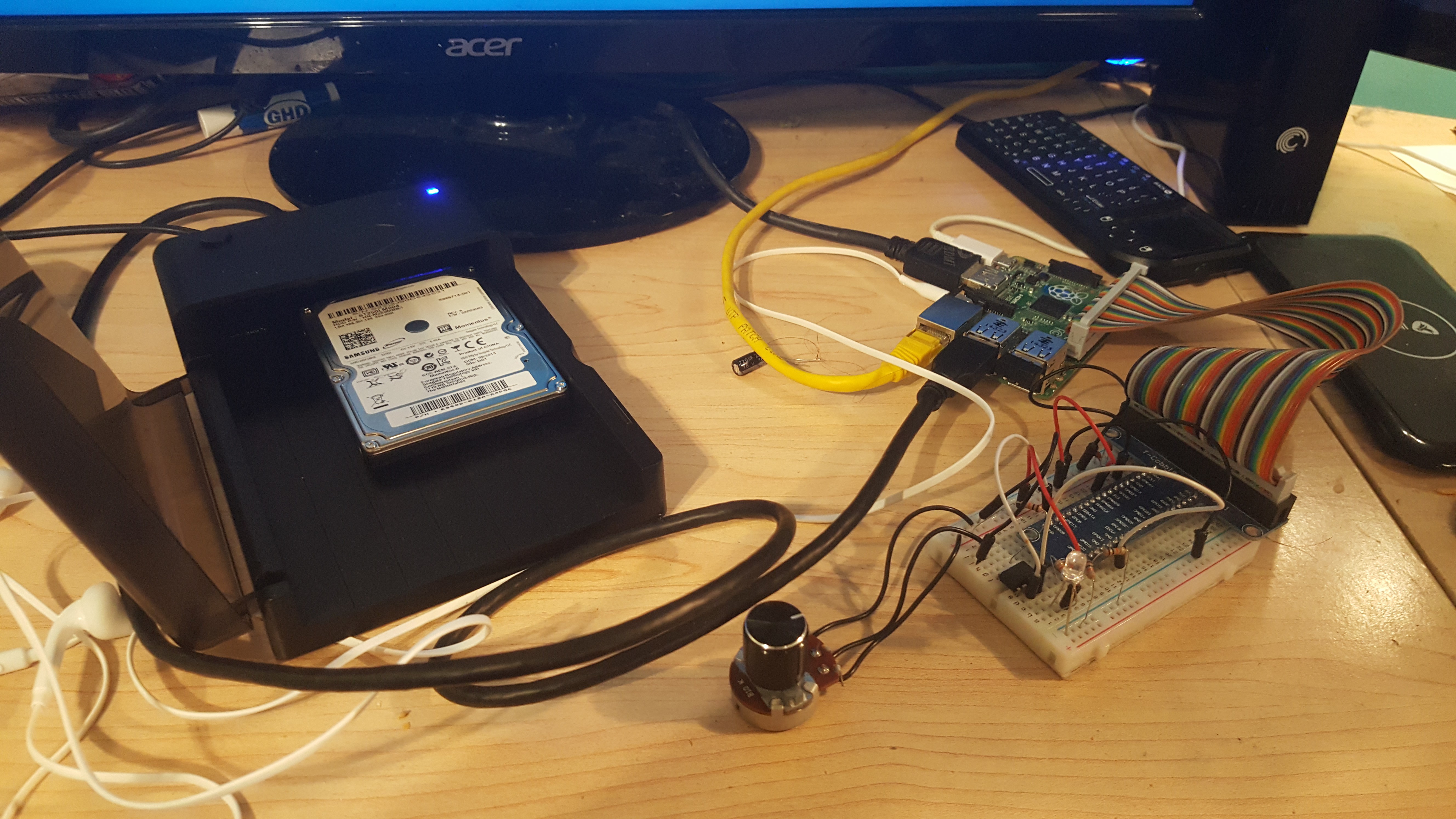 the circuitry for the pi could be better. Due to the pi's lack of audio reading capability I've opted to use a attiny85 as a makeshift ADC for the two potentiometers which will control the song shuffling and the volume. all and all it works pretty well, along with that I've opted to use a desktop drive dock which I've thrown a salvaged hard drive into to store the music. I've also managed to download the music archive (at least all the mp3 files) which is in total 85GB. the hard drive and the code running on the attiny work perfectly as they're suppose to. I've had many setbacks with the pi however, mostly having to do with the audio player I've decided to use OMXplayer and its lack of code control-ability and the inconsistent reliability of wrappers for it. I'm hoping to find something better soon but i may just have to make due.