There are three things I want to improve or correct:

I've been aware for a while that the generator doesn't work if the width and height of the picture aren't equal, so I've limited the tests to square images. But now I want to know what really happens. So I'm running some tests. Here's a 300x300 picture with 3 patterns and no symmetry:

Wooow that's a mess. There seems to be stuff repeating and overlapping... Hard to understand what's happening. But with a small difference between the width and height, we can see a bit clearer. The picture below on the left is 301x300, the right one 302x300.

It's like the left picture is split in two zones, and the right one in three. I highlighted the splits in red to show them better:

At first I thought that the zones were completely separate, the patterns evolving independently within each one. I also noticed that each zone looked like a good picture but distorted. And I kept looking at those pictures, and oh-em-gee something clicked! Take the 301x300 picture and separate the two zones: 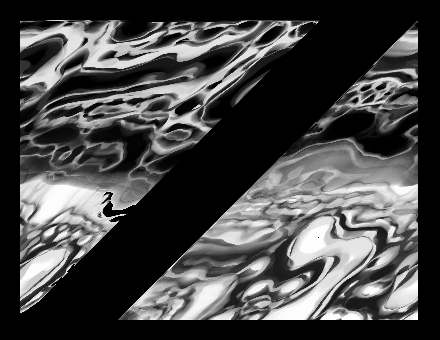 Put the right zone to the left and vice-versa: 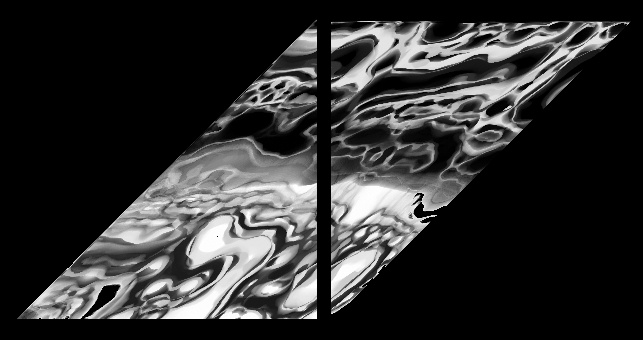 See where this is going? Now apply some shear to de-distort the picture: 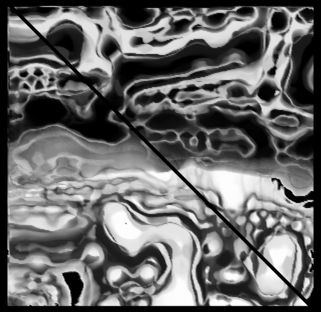 The zones are not independent, it's only one picture but distorted and somehow split and wrapped around. Or is it some kind of aliasing? I still don't know what's happening there, but hopefully I'm getting closer.