While everyone loved to see the effects that color-wash lighting could create, in reality they wanted nice white light to live by and I ended up having interest in providing some custom under-cabinet white LED lighting systems. The idea of a wireless control was attractive because the customer could hide the receiver and power supply in the cabinets and put a remote control device anywhere. Enamored of the idea of touch controls, I designed my own linear touch control that could communicate via either the original QualColor RF interface or via a direct wired connection (I was also starting to design a set of LED controllers that would be controlled via a wired connection). My favorite part of the dimmer is a set of LEDs that softly transition in brightness via interpolation to track the finger's position on the touch control and indicate the current brightness. 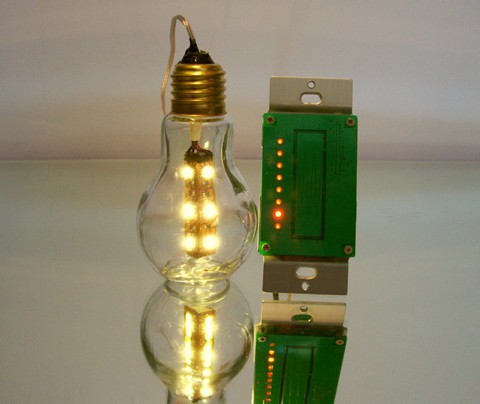 A prototype dimmer with a "lamp" made from a pill-bottle and some 5050 White LED strips. 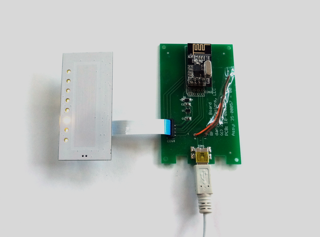 The final dimmer board connected to a "RF rear board". I moved to White LEDs for the indicators. The micro on the dimmer PCB can communicate using the Nordic radio or a wired (serial) connection. It sends the same HSV commands but indicates that the Hue and Saturation components are not being used. This way it can control the brightness of either a white light or a color-wash fixture. 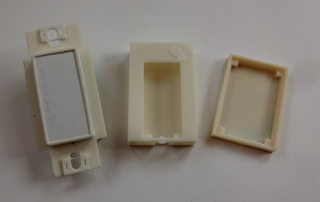 3D printing allowed me to make a variety of enclosures for the dimmer. 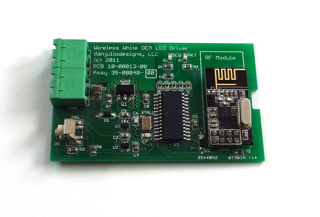 Driver board for a 12 VDC white LED strip. It was enclosed in an off-the-shelf plastic box. The button is used to "link" the device - it allows an external device to set its addresses and RF parameters. 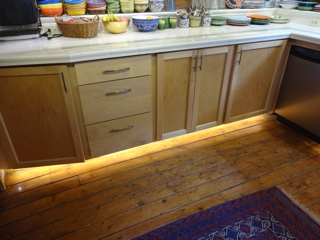 Example of this system installed in my kitchen as a toekick light.

At this point I decided to try to automate more of the house as an e̶x̶c̶u̶s̶e̶, er, justification to develop additional technology.