Over the years I designed additional prototype controllers and drivers. As I mentioned earlier, the QualColor protocol is packet and command based (for example, as opposed to streams of intensity values used by WS2812 LEDs). Packets are small, 16 bytes or less and grouped by function type. There are provisioning packets that all devices interpret like SetAddress or SetRfAddress. Device-specific configuration packets (for example packets to set configuration or calibration data that are device dependent). Light commands such as SetHSVcolor that sets a color value immediately or FadeHSVcolor that fades to a new color value over a specified period of time. Information and Error report packets (for example an over-temperature Fault condition reported by a light controller). HVAC commands to read temperature values and configure set-points. One of the primary architecture goals was to make a distributed system so that any one control device wouldn't have to know anything about the devices it was controlling. The original handheld touch color remote control can control one or a million fixtures. It can also control a fixture with a controller designed long after it. One requirement of the protocol is that packets are visible to all devices. This puts an upper limit on the number of changes that can occur at a time but I tried to design a reasonable goal for a lighting and home control architecture. The wireless links can support (with repeated packets) about 100 packets/sec. The wired links can support a higher rate.

I chose the HSV color space because it allowed me to separate color specification from implementation. Over time I have supported dimmable white, dimmable and non-dimmable white, RGB, RGBA and RGBW implementations. Each controller is responsible for mapping HSV to its specific implementation. HSV also allows neat tricks like fading to a color 180 degrees around the color circle from the current color which is useful when making didactic or tridactic color patterns with multiple fixtures without having to know what the current color is (for example it has been randomly chosen at some previous point). The HSV control packets also include a set of flags that allow control devices to only change some of the HSV components, or to apply them as a delta to the current values (the button remote in the kitchen uses this function so that each press of a set of buttons increases or decreases the current intensity of one fixture by a few percent).

Because I had controllers that worked both wirelessly and via the wired connection, I separated control functionality from driver functionality on a set of boards sized to fit in single-gang switch enclosures. For example either the wired or wireless controller board can connect to one of 4 different LED driver boards via an 8-pin flat cable.

Front Boards (left to right): nrf24LE1 wireless LED controller, Wired LED controller, Touch Control with two different firmware for touch dimming or scene control, wired to wireless interface, Electric Imp interface board for IOT functionality. Each of the LED controllers has the same functionality and can be configured to control white-only, RGB or RGBW fixtures. The Touch Control has a linear slider but I created another piece of firmware that splits it into four "buttons", each of which can send commands, for example for scene control. The wired to wireless interface bridges the two, can interface via a USB board to a PC, can act as a repeater or interfaces to a special set of LED controllers called Link Series devices. The IOT board was an experiment in remote access via Electric Imp's cloud system. It basically extended the QualColor protocol via the Imp's HTTP protocol. It worked with some latency but I never completed a process of automatically enrolling Imps with an app.

The direct-wired version of the protocol is called QualColor Link. QualColor Link is a simple bi-directional serial link running at 57600 baud and is carried on RS422 compatible differential signals along with 4 12VDC power lines in standard Cat-5 cabling. The packets are encoded with a checksum and it supports in-band flow-control. There are three device types

There is also a hub that automatically configures based on the type of connected device. 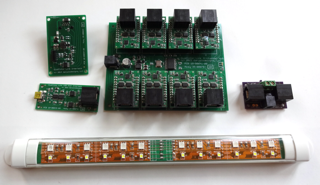 Link Series devices started with the idea of a smart "Pixel" that was a single 5050 RGB LED and small micro-controller that used a variant of the wired protocol with extensions for enumeration. The idea is a set of devices connected to each other in a serial fashion with the interconnect providing power and data. I used it for costumes initially. Link Series devices always have sequential Unit addresses in the same Zone. 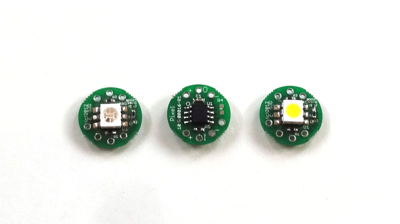 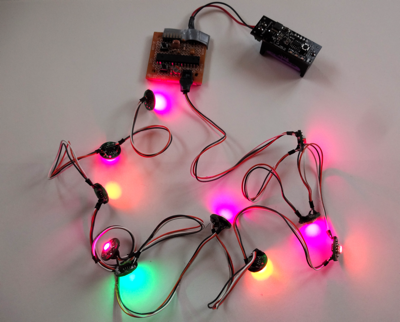 Costume Pixels with a handbuilt arduino controller and 5V battery supply. One cool feature was the inclusion of a photocell on the arduino board which can dynamically adjust the brightness of the pixels to match the environment using the "V" component of the HSV commands without affecting the random programs that set the fade colors of each pixel or group of pixels. 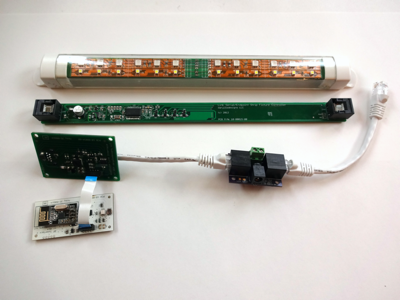 I had (have) several thousand extra extruded plastic enclosures and injection molded endcaps from the QualColor Ambi system. It made sense to repurpose them with a Link Series controller that used inexpensive 12V RGB and White LED strips. Each fixture has twelve of each RGBW LEDs and has its own controller. Power is supplied over the QualColor Link cabling with a power injector every 10-15 fixtures. And Interface board connects the QualColor Link signals to a RF interface that auto-detects the Link Series devices and reconfigures itself to provide the additional functionality required for Link Series devices. Using existing Cat-5 cabling makes custom installations very easy. 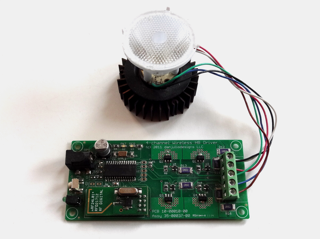 I also experimented with making a color-wash spot light. The same controller used by the QualColor Ambi and OEM systems was put onto a custom PCB with a 4-channel linear 350 mA constant-current driver to drive a single RGB, RGBA or RGBW LED. The device worked but was dim. Probably better to use a 700 mA (3 W) or 1 A (5 W) driver and much bigger heatsink to get light approximating the output of a halogen bulb. 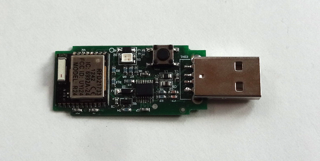 A nRF24LE1 module made for a small USB dongle providing a wireless interface into the QualColor system for a host computer. 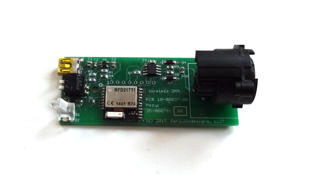 The nRF24LE1 was also a good fit for a simplified DMX controller allowing any white or color-wash DMX fixture to be controlled wirelessly. 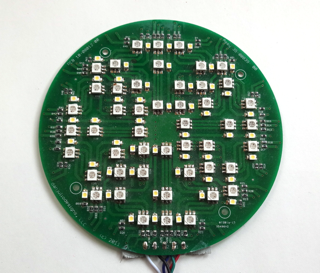 Before RGB strips became ridiculously cheap I designed a custom RGBW PCB with a layout for good light diffusion.