The main bay at my makerspace, Solid State Depot, in Boulder was lit by a set of fluorescent fixtures that were slowly failing. There was talk about replacing the bulbs with drop-in LED replacements but a "friend" offered me with the statement "We'll give him only enough money to make him feel obligated to complete the job". In reality the project became a group effort and we used a bunch of white and RGB strips controlled by a simple custom driver using a Link Series controller. White light was generated by a combination of warm and natural color temperature LEDs with RGBW uplights. The lobby and main bay are 100% LED lit. The main bay white lighting is also coupled with sound effects that can play when it is turned on or off. 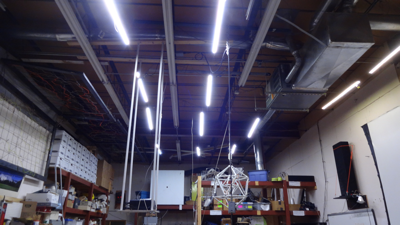 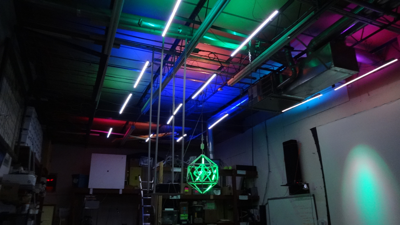 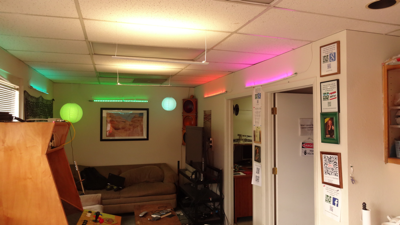 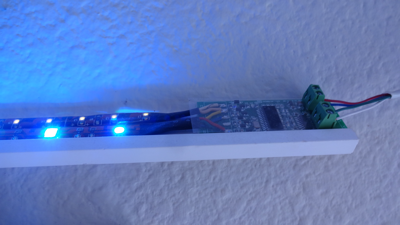 I built three customized control devices for the space. A combination color and linear touch sensors to control the main white and color fixtures in the lobby. A custom device that used an arduino, sound effects shield and the guts of a touch remote to control lighting in the main bay and an Apple Airport enclosure gutted and fitted with a Raspberry Pi 3 and QualColor USB interface to provide a web interface as well as a TCP/IP port for direct access to the system for anybody to hack with. 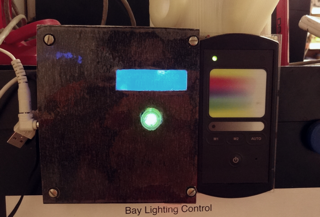 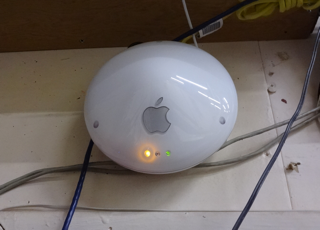 A note about security and future plans