A low cost bed upgrade that adds a second slave heater to allow the bed to reach 110C and also makes the bed flatter and more rigid.

As the printer controls only supported bed pre-heating to 60C, the first thing to do was to see if the controller would support higher temperatures so I created a file with a single gcode in it:

This instructs the controller to heat the bed to 110C. I ran the file and the controller showed a set temperature of 110C. Unfortunately the bed heater was only powerful enough for the bed to reach around 75C but the results were encouraging. So, I decided to bond a second "slave" heater underneath the bed driven from a separate power supply, as the original PSU would not be able to supply the extra 7 to 8 amps required. The second heater would be controlled by a relay with the coil being driven from the original heater supply. That way both heaters would be controlled together. In my original experiments I used a relay but the clicking, as the PID controller set the temperature, was annoying so I changed to using a Mosfet instead. 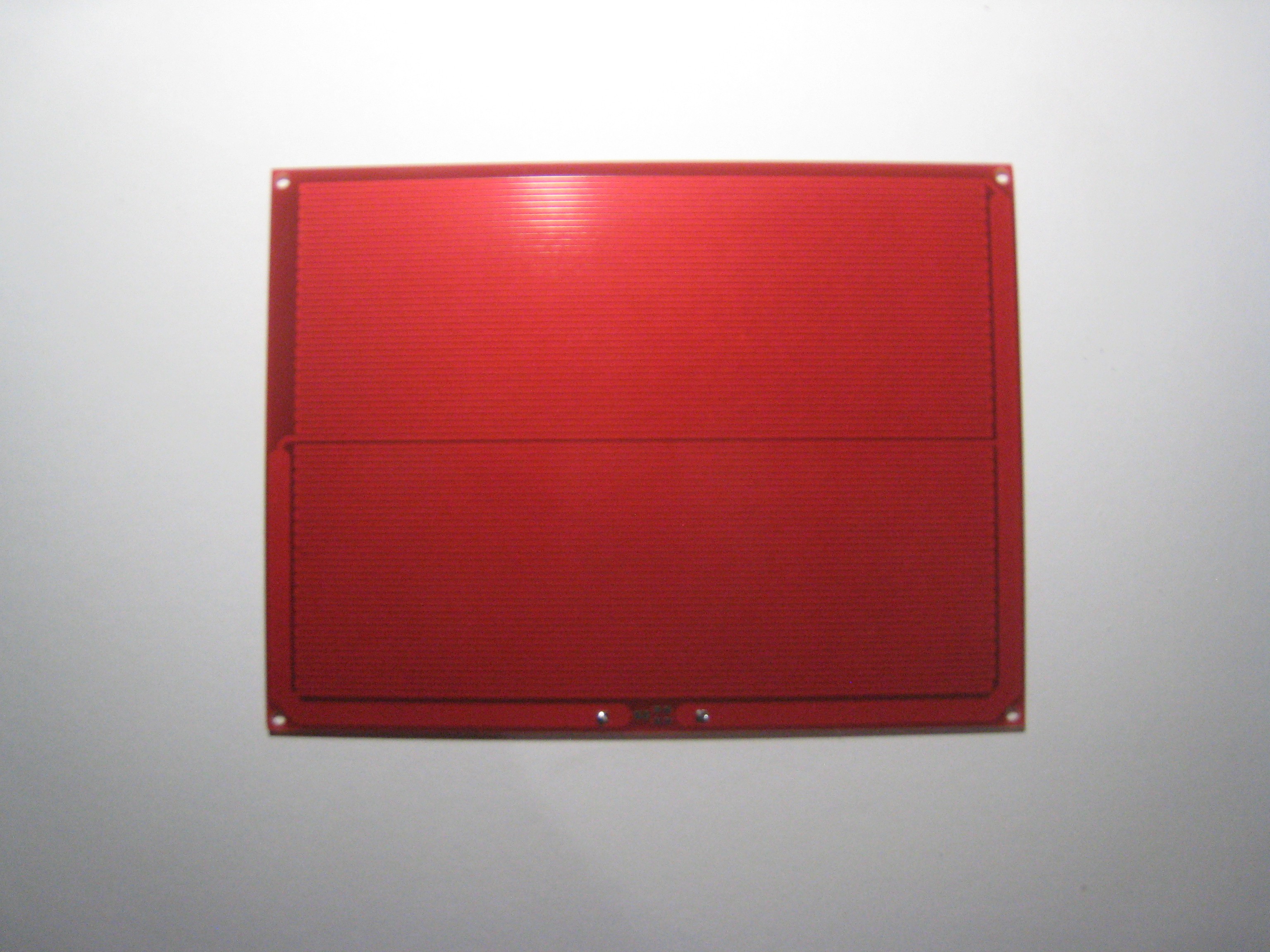 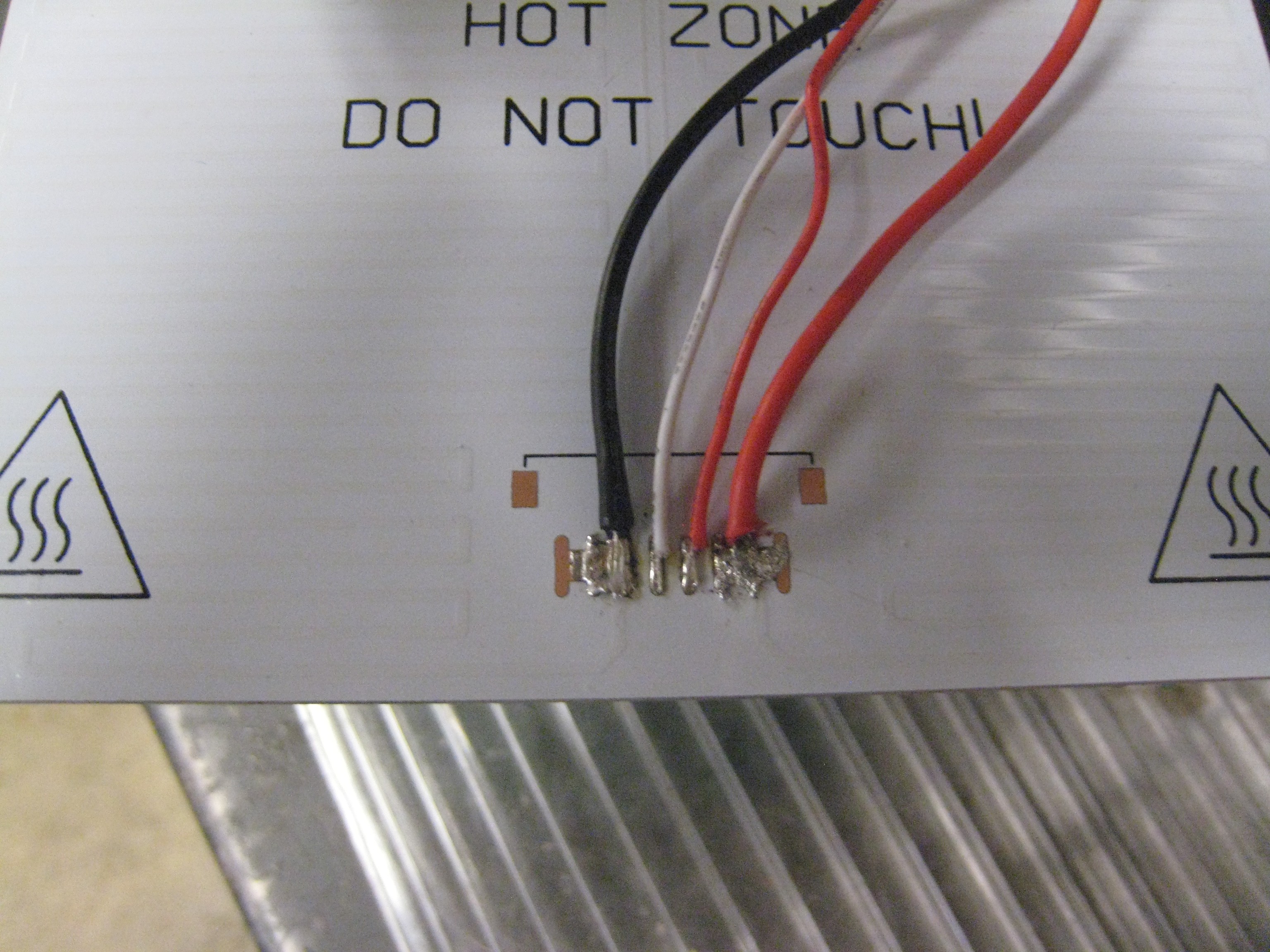 This shows the connecting wires. The thermistor is in the center of the bed (not shown). I also needed to desolder the wires from the bed and attach new wire pointing outwards. You will need a large bit and a high soldering iron temperature to remove the heater wires. I overcame the problem of the raised thermistor and heater wires by making a spacer out of FR4 fiberglass about 0.050 thick. This was a piece of single sided PCB cut to size. When I first tested it, the board warped due to differential expansion of the copper so I completely etched off all the copper and then it didn't warp. 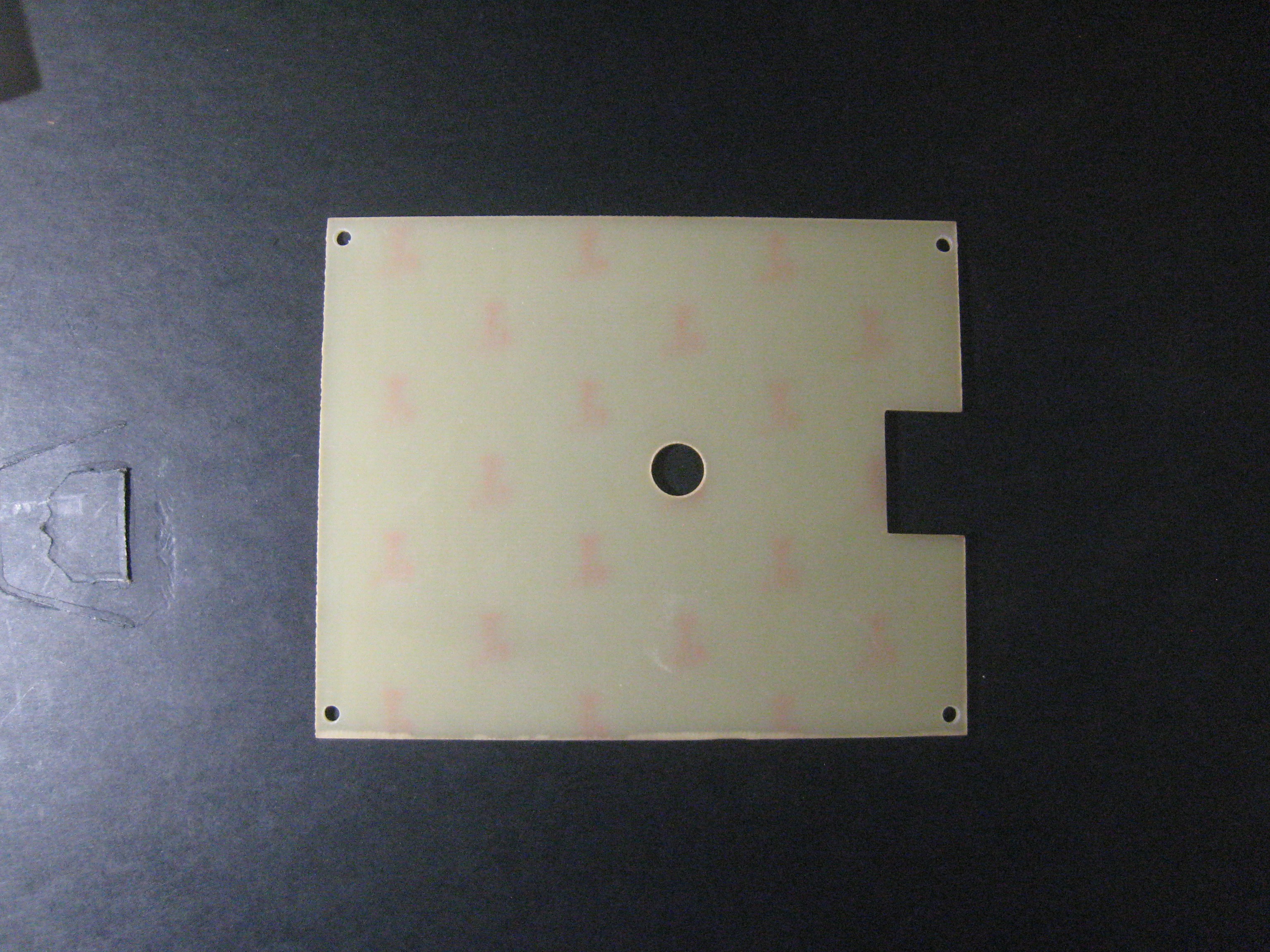 The circular hole is to clear the SMT thermistor and the cutout clears the connecting wires. The board is the same size as the bed and the four holes match the mounting holes but are slightly larger to allow for alignment. I then bonded the heater to the FR4 board using high temperature red auto silicon gasket maker. As I wanted to be able to remove it later, I smeared a thin layer around the edges of the heater and in a cross pattern across the middle. I had to trim off the corners of the heater to make it fit. I bonded it by placing the spacer on a flat surface with a small weight on the heater. It takes a couple of hours to bond. 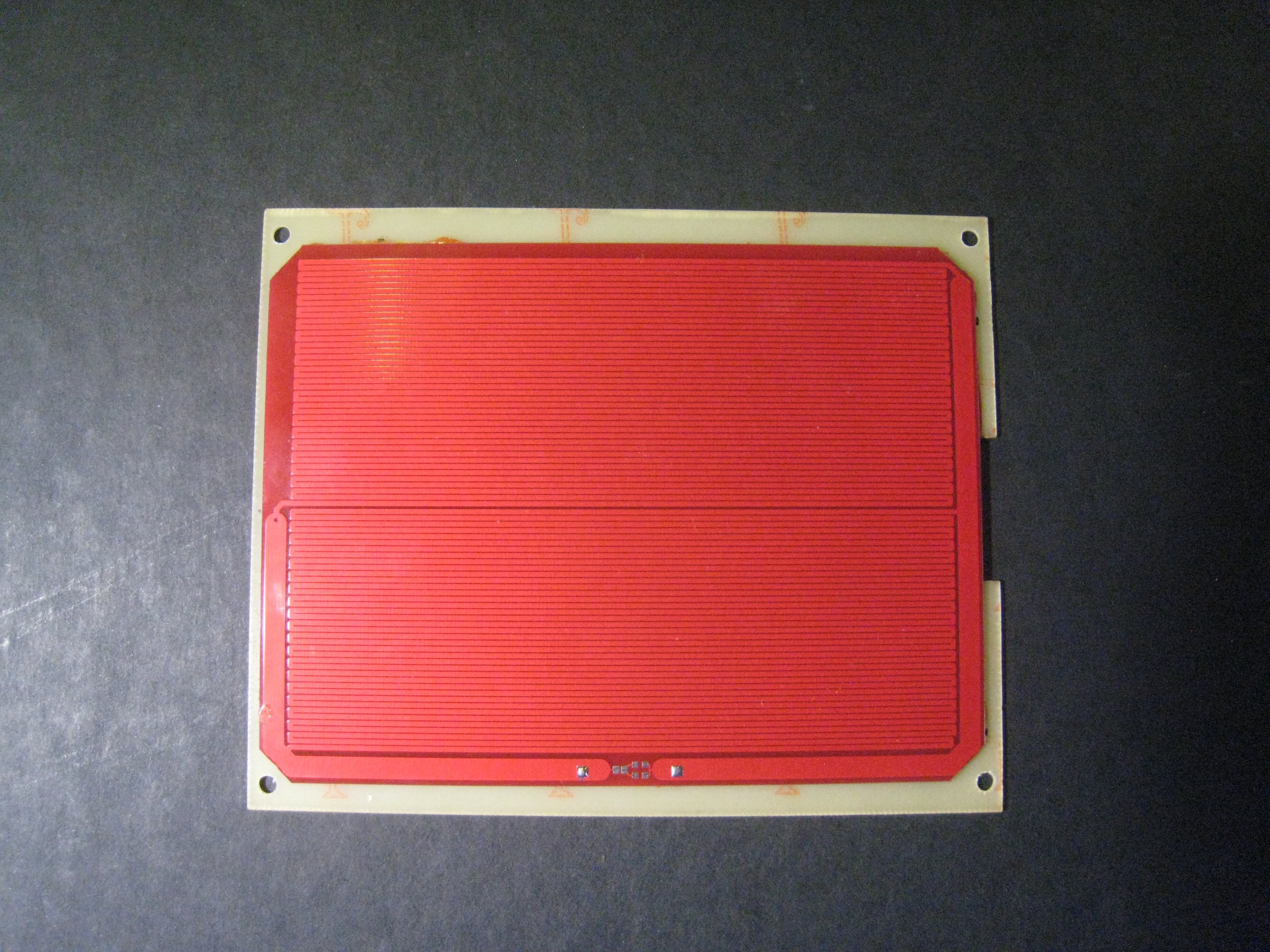 This is the heater attached to the spacer.

I then connected new wires to the original heater, pointing outwards and soldered wires to the new heater, using polyamide tape for insulation. 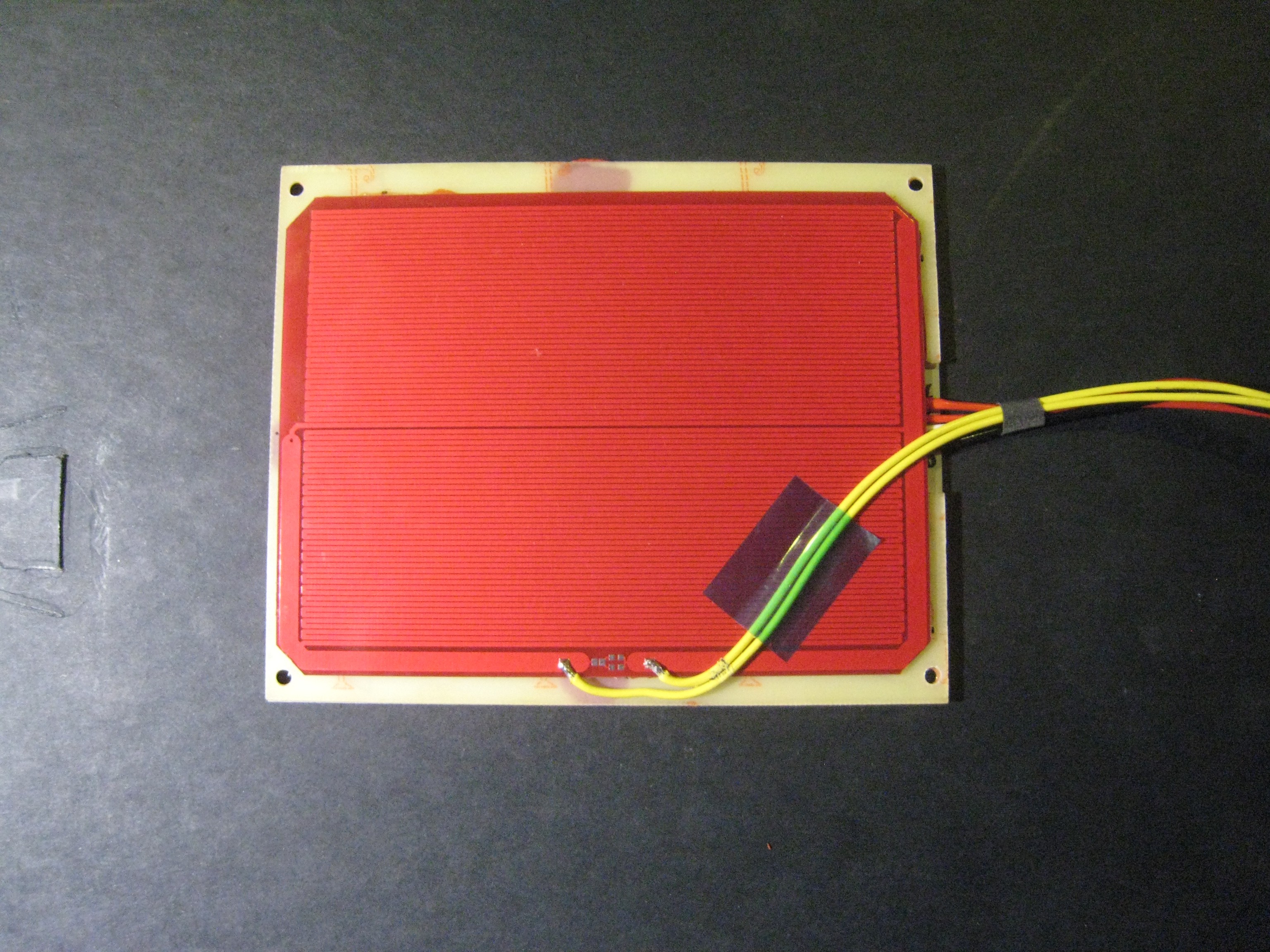 Next I attached the spacer to the bed also using high temperature gasket maker. I just used small blobs in the center of each side as the corners would be clamped with the springs and I wanted easy removal. The underside of the complete assembly is shown above. Next I will talk about the controller.

---------- more ----------I started with a 12 volt relay and a spare 12 volt 10 amp power supply. The relay coil was connected to the original heater and the contacts switched the "slave" heater. It worked but the noise of the relay was annoying so I switched to using a mosfet. I has some AOI510 mosfets around so I used one of them. They are rated at 30 volts and 70 amps with an on resistance of 2.5 milliohms when the gate is driven by 12 volts. Great little devices. At 10 amps it will be dissipating only 250mw so it doesn't need a heat sink but almost any mosfet will work for this. For neatness, I hacked a quad mosfet pcb I had designed for switching light strips using one channel and adding extra connectors by cutting traces etc.

Here is the controller in a small box. 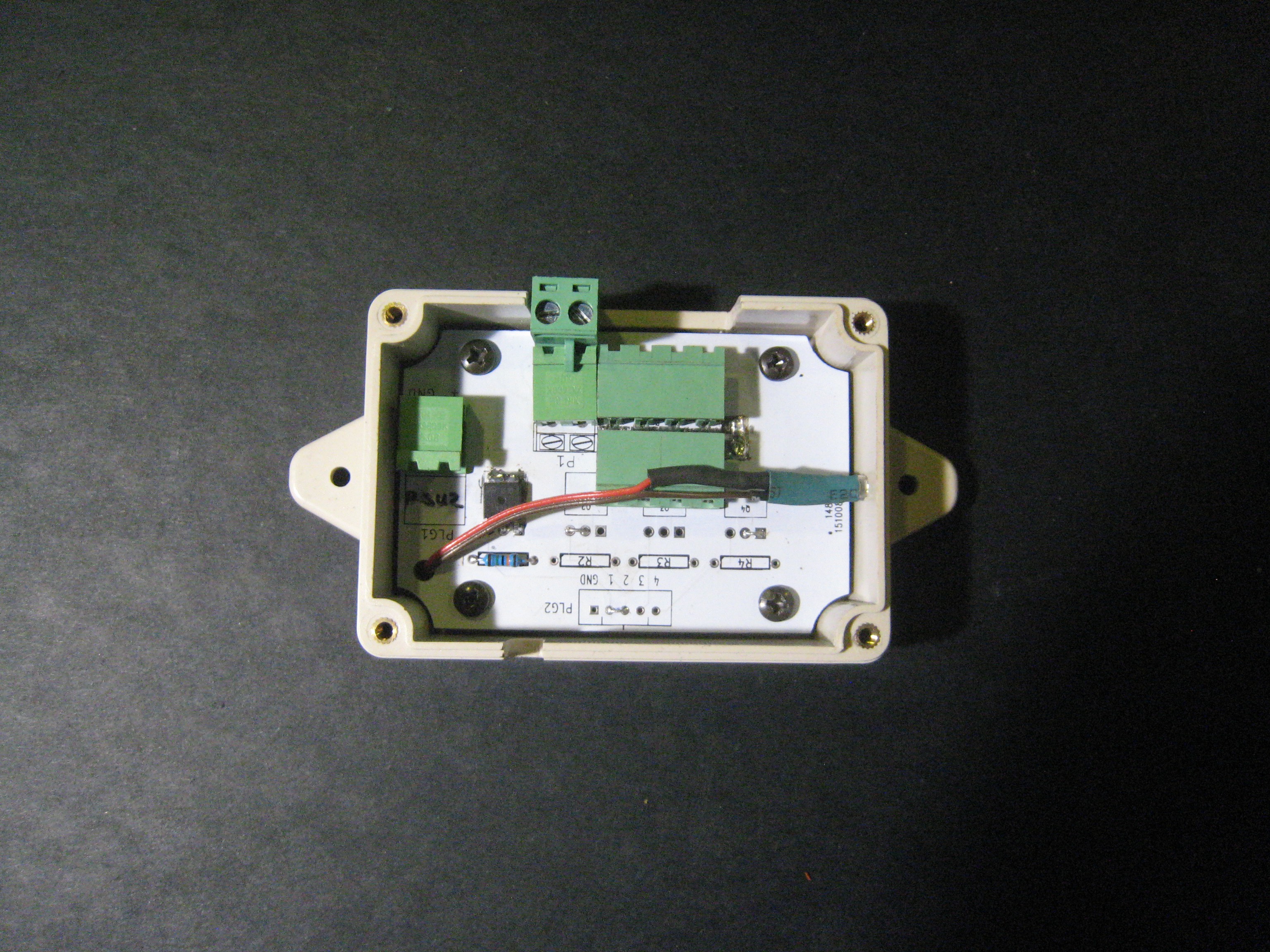 Here is the completed bed assembly. It can now be plugged and unplugged from the controller. I also added some insulation on the platform to increase the efficiency. This insulation material is used on autos. It is a nomex material with a reflective coating. The slave heater wires must be covered with tape so that they can't be shorted by the metallic coating. 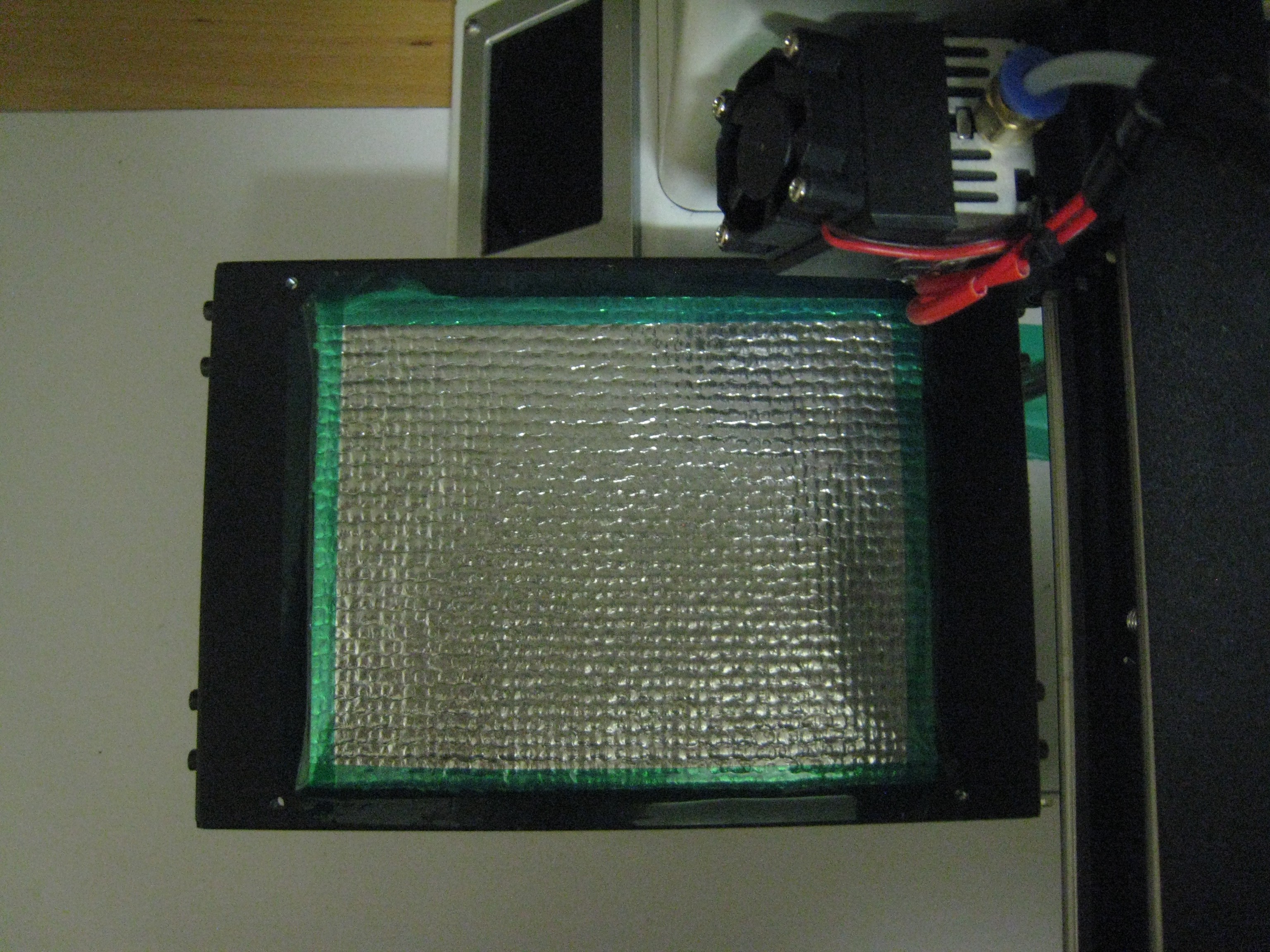 Below you can see the side view of the new bed "sandwich". 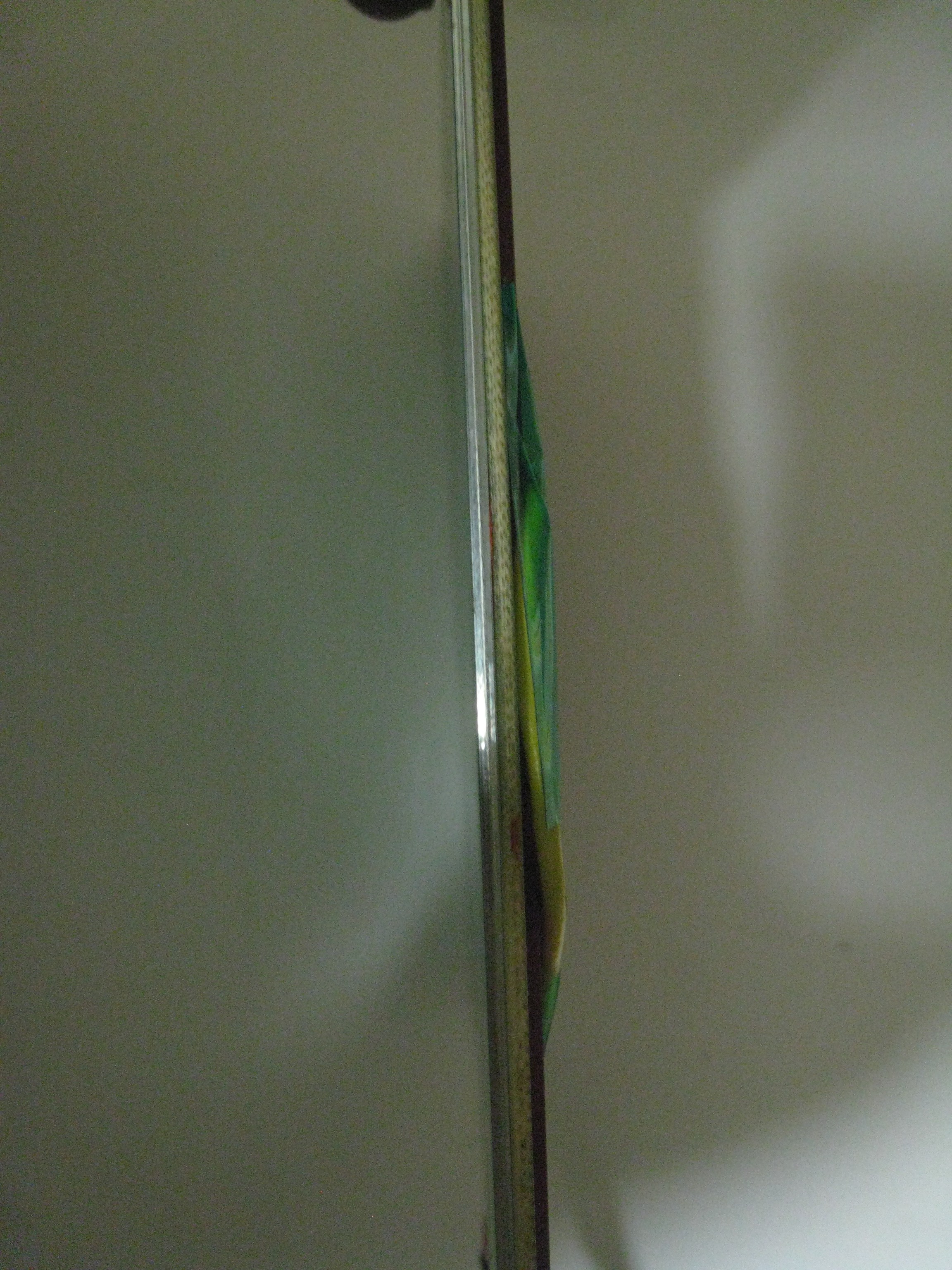 Withe the extra thickness of the FR4 under the springs, they will now bind when the bed is levelled. I found some shorter springs and used a flat washer on the bottom to avoid this. You could also cut away the FR4 or add a spacer to the limit switch as people who add glass beds do, but this worked well.

Now the bed will easily heat to 110c which is great for ABS and the bed is much stiffer and flatter. You do though need to give the bed ample time for the temperature to stabilize at there is a lot of thermal mass. Also you have to use print files to set the temperature above 60C. I have a set of pre-heating files at 5 degree intervals for that.

I use polyamide tape on the bed, sanded with 600 grit wet and dry to increase adhesion. For some ABS I need to use an ABS slurry for adhesion but it mostly needs no bed adhesive once the bed temperature has stabilized. The heater cost $14.50. A 12 volt 10 amp PSU can be bought on Ebay for around $15 ans the mosfet , wires, FR4, glue etc. cost around $5 to $10. I hope you find this useful. 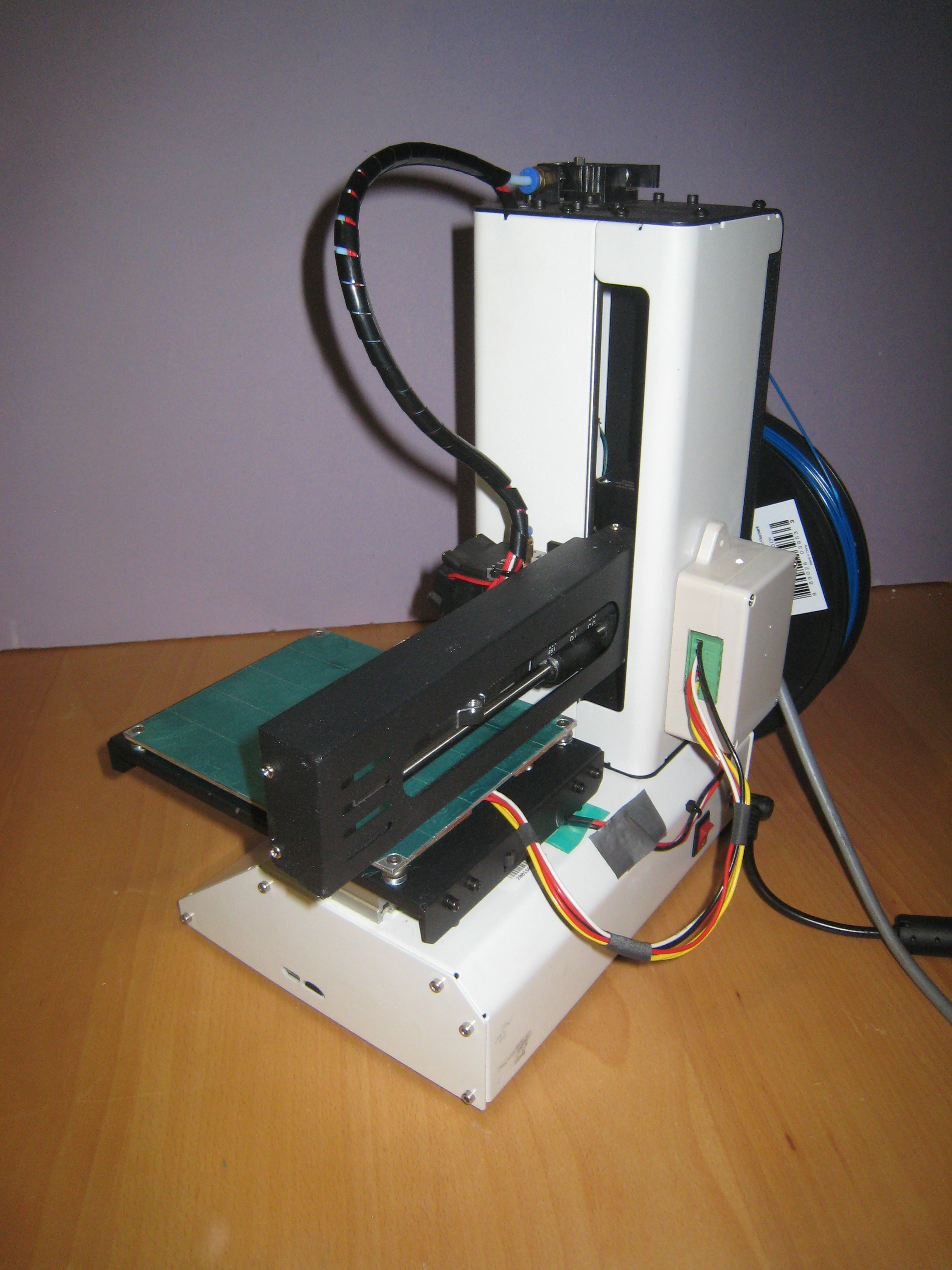