Back in 2014, I was in one of the crowd in Hackaday Munich meetup, the place where they announced the winner of 2014 Hackaday prize. I t was one hell of a night, from workshop up to some dude launching their kickstarter on the venue (picture below). But well, for me the highlight of the night was the talk from the one and only, Sprite_tm. His talk was about how he managed to hack a cooler master keyboard and play snake on it. There is just quite some excitement in making and having a full control of a keyboard that you type-on and use everyday. But then, hacking an existing keyboard is one thing, making a keyboard your own is another thing.

In case you haven't heard of it, fsociety is a group of hackers outlined in a famous TV series named Mr.Robot. If you happen to watch and follow them and at the same time you browse through the Hackaday website, there is a high chance that you believe in many if not all the fundamental way of thinking that fsociety and the main character propose. Everyone works hard just to make sure they've got their paycheck by the end of the month. While in the background all the bankers 'lend & duplicates' the money that you've earned and store with them. At the same time, our democracy has been hacked. Who's to blame?

"What I'm about to tell you is a top secret, a conspiracy bigger than all of us. There's a powerful group of people out there that are secretly running the world. I'm talking about the guys no one knows about, the guys that are invisible. The top 1% of the top 1%, the guys that play God without permission." 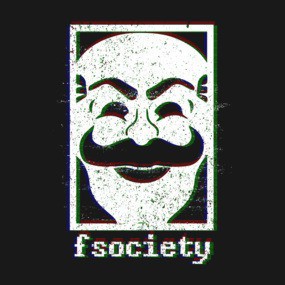 "What is it about society that disappoints you so much?"

"Oh I don't know. Is it that we collectively thought Steve Jobs was a great man, even when we knew he made Billions off the backs of children? Or maybe it's that it feels like all our heroes are counterfeit. The world itself's just one big Hoax. Spamming each other with our running commentary of bullshit masquerading as insight, our social media faking as intimacy. Or is that we voted for this? Not with our rigged elections, but with our things, our property, our money. I'm not saying anything knew, we all know why we do this, not because hunger games books makes us happy but because we wanna be sedated. Because it's painful not too pretend, because we're cowards... F**K Society." -Elliot

Above all that, I was just trying to have fun in this summer break while all my colleagues are off for vacation.