The variation of the nasal temperature is measured accurately using the MLX90614 noncontact infrared temperature sensor which is pointed to the nasal passage.

The sensor is smaller in size and comfortable when compared to nasal thermistors. As the child exhales, the nasal temperature increases which are picked up by the Infrared (IR) temperature sensor. The data is read at high speeds by the Microcontroller over the I2C bus.

The sensor also detects ambient temperature which is used for calibration to identify threshold. The samples are compared with each other and the peaks are found. The internal timer is triggered to find the peak to peak time duration from which the respiration rate can be accurately found.

I've recorded some raw data from the MLX90614 sensor and had the data posted to plotly.
Here is the raw respiration data I recorded for 3 mins. 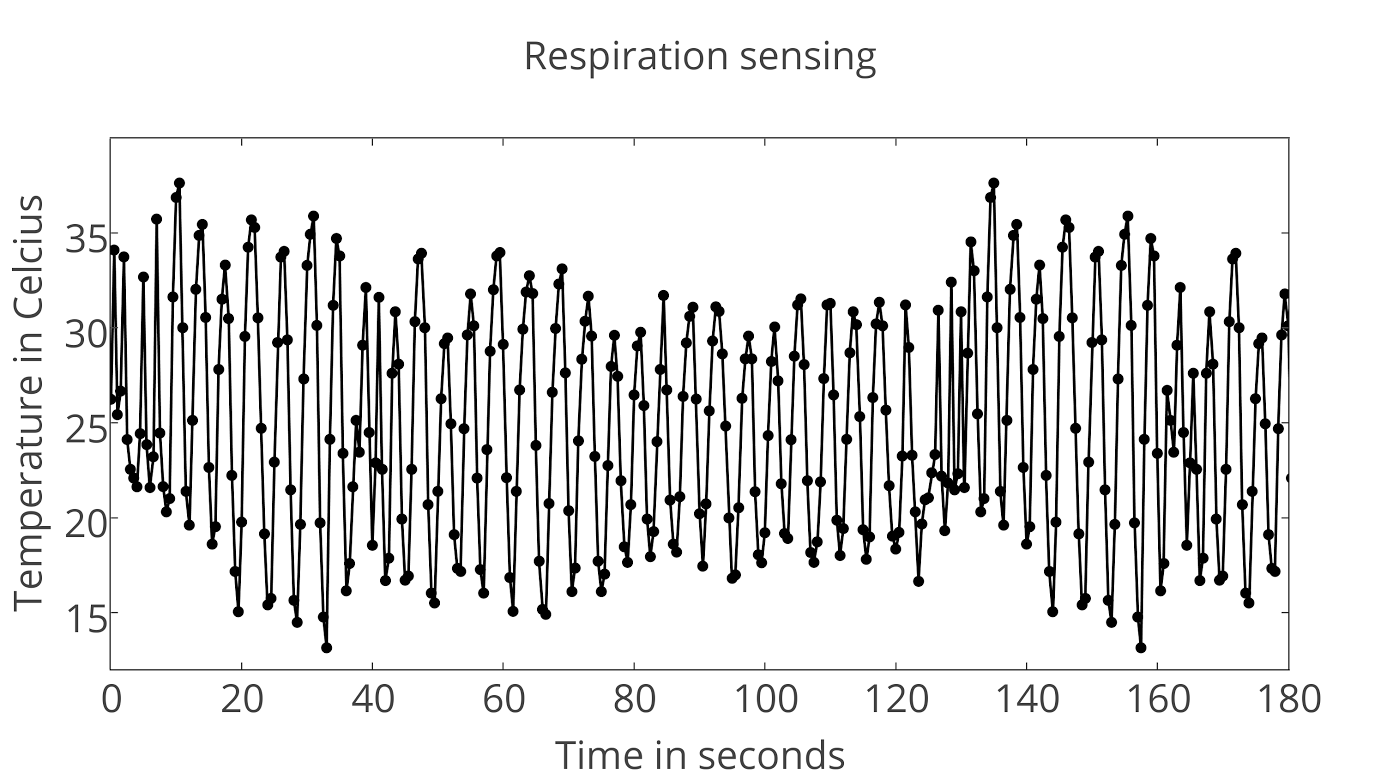