The "language" of ECL

As I start to "get" ECL, I discover its topological language and various methods to do the same thing.

For example a OR gate, without the common bias node of MECL10K, found in an old patent http://www.google.ch/patents/US5831454 : 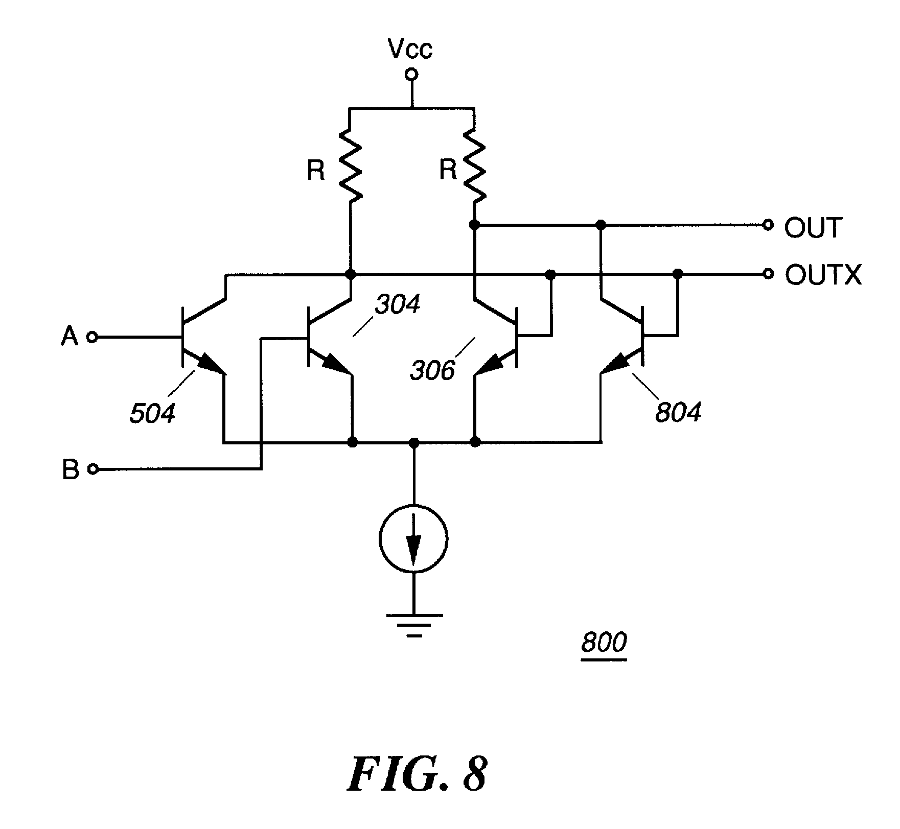 So that's one thing to do : compare this topology with the common-zener one. As germanium is pretty sensitive, I wonder which circuit will work best.

The latches are another concern, apparently there are a few ways to make them, and 6 transistors per latch seems to be the minimum (12 per DFF, similar to other technologies).

The 2 transistors on the right are just to balance the current because of the gain... So I try with only one.

The sims show that the output levels are not comparable :

Finding the right values for the resistors is another challenge, it's not mentioned in the patent (?)

Anyway this is an unbalanced system because in "normal" ECL the branches are mostly independent.

The non-inverting output needs to be level-shifted...

And it is a system that has about 1.2V of hysteresis !

This stuff makes me wonder... So much of our processing-power these days is *constantly* changing-state... and, for mosfets, the most current-draw is *while* changing-state... Almost seems like there'd be a balance somewhere where using something like ECL would actually take less-power than the equivalent CMOS.

They tried with the Pentium4 :-D

You haven't heard about the "dark silicon" problems though.

Interesting, learned a lot. But can't find this about the P4... search-fu fail, I guess :/

Dark silicon : it's hard today to feed all the transistors with power when all the parts of the chip are active. So it's not a good idea to let them work in constant-current-like mode. It's important that not everybody switches at the same time, or the resistance of the supply wires drops too much voltage.

About P4 : I have no confirmation about the internal technology but they used a sort of ECL-like topology to reach the screaming speeds. Of course, screaming power consumption. Not a desired trend, particularly when the chips get larger, power supply wires are longer and drop more (hence the dark silicon remark).

Fortunately I'm not affected by this now ;-)