The needs of people with disabilities in the computer or mobile device use are growing dramatically as more and more daily and community activities rely on the smartphone apps or online account access. People with difficulties using the common physical input interfaces, such as a keyboard, mouse, or touchscreen, are facing challenges not just in the access to a computer software but also in communicating with family and friends, paying utility and phone bills, online banking, learning, getting a job, or maybe just recreation with funny videos.

Switch interface is widely used by most electric powered wheelchair users for using computers and augmented and alternative communication (AAC), which is also well-known from a famous user - Professor Stephen Hawking. The video below shows how it works with a scanning software on the computer.

In the video, it is obvious that the user with cerebral palsy does not have much muscle control in the fingers or head movements due to muscle stiffness and tremors. The switch interface requires only one simple movement to activate. The user waits for the selection frame on the computer screen jumping to the key or key group to be typed in and presses the big red switch to select the group of keys or the key.

This is another user's video. The switches are located behind his head due to the lack of functional movements on the upper and lower extremities or facial muscles.

The switch interface is much easier than brain computer interface or other interface like joystick or trackball because it only needs one single functional movement to hit the button and it does not require any accuracy or finer muscular control to operate. The downside is the efficiency when using switch interface with the scanning software. However, if the wheelchair user with limited arm and hand functions, using joystick or trackball will lead to more typing or selection errors and, in consequence, much lower efficiency.

The electronic design is shown below. It can support up to 12 switches, but in my prototype, I only use two switches and two additional connectors for other switches because two switches are good enough for most default apps. 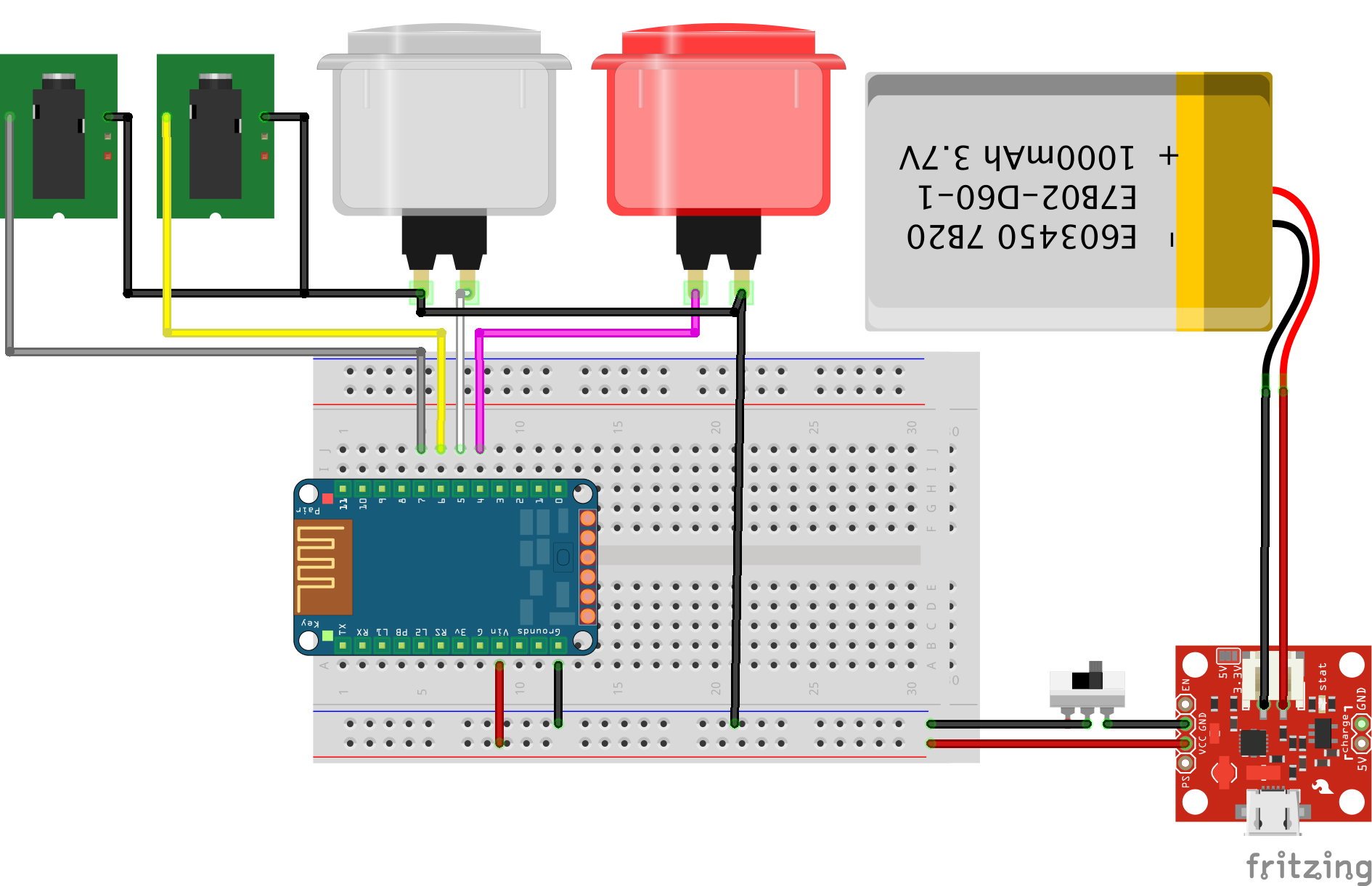 There are three main components: the Adafruit Bluefruit EZ-Key, a battery, and one or more than one push buttons. The others are optional: such as the 3.5mm phone jacks, a battery charger, or a power switch.

The case and button covers were designed in Solidworks. The files are available at the GrabCAD and Onshape. It can be modified for different push buttons size or number of buttons. 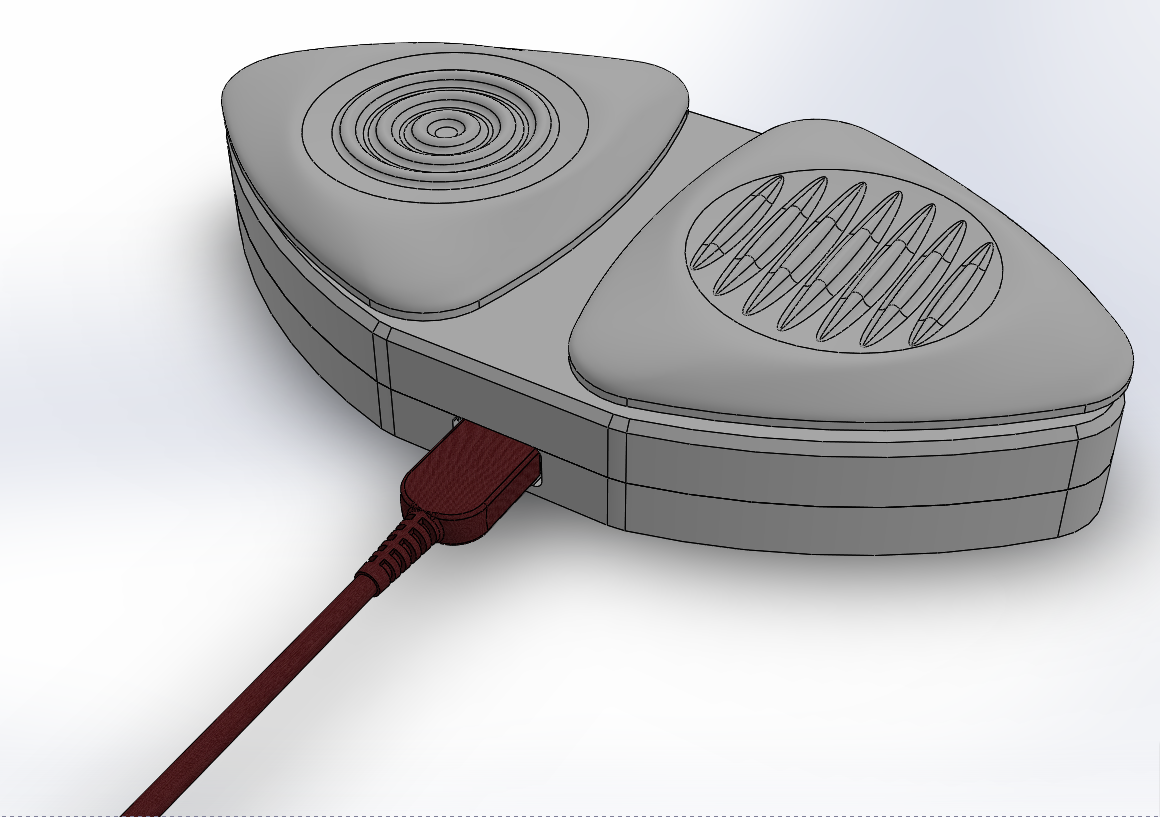 The texture and pattern on the button cover can be modified to fit the button functions. Here I made three patterns: circular, lines, and square. The circular can be set for select/click action. The lines can be defined as menu or right-click menu. The square can be set as start/home button. The texture also helps people with visual impairments to easily recognize the buttons. 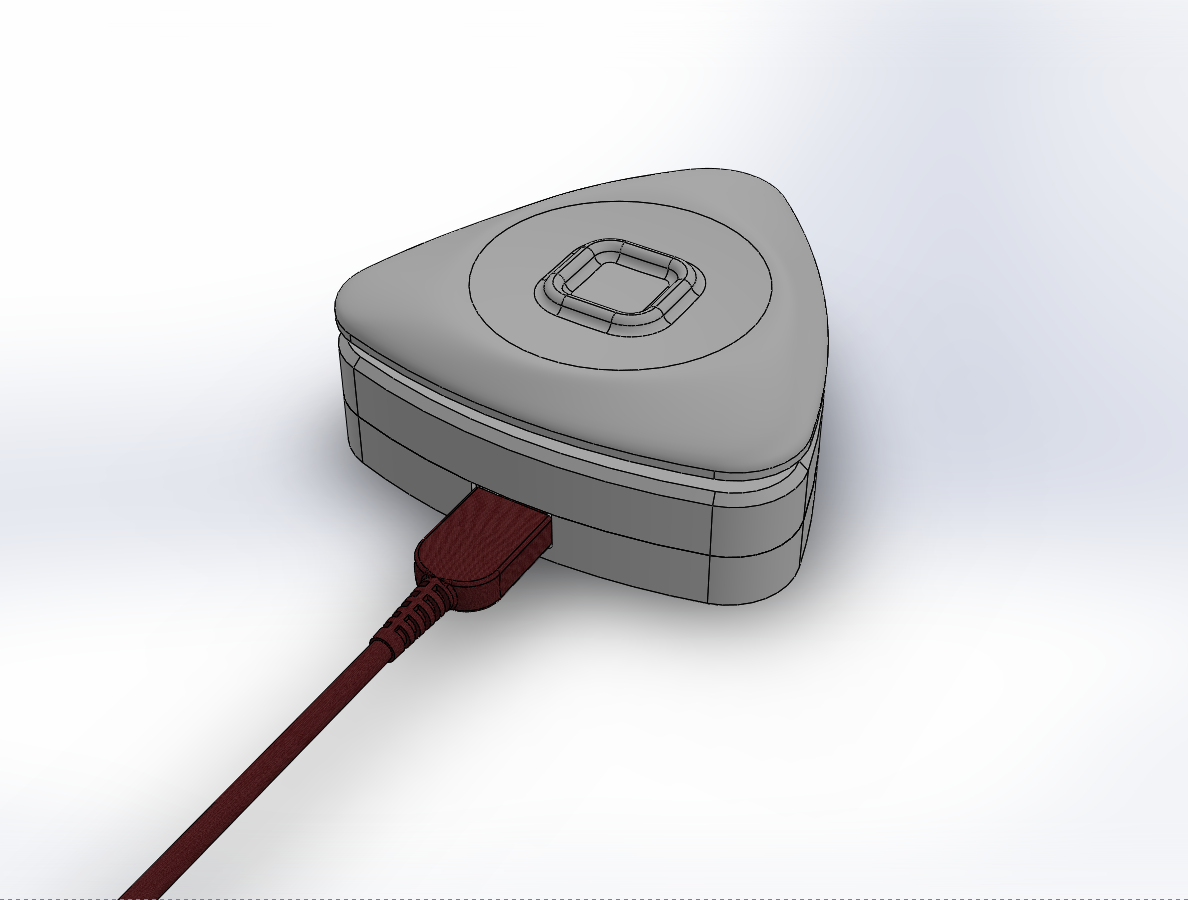 The chassis parts are printed in the 3D printer. 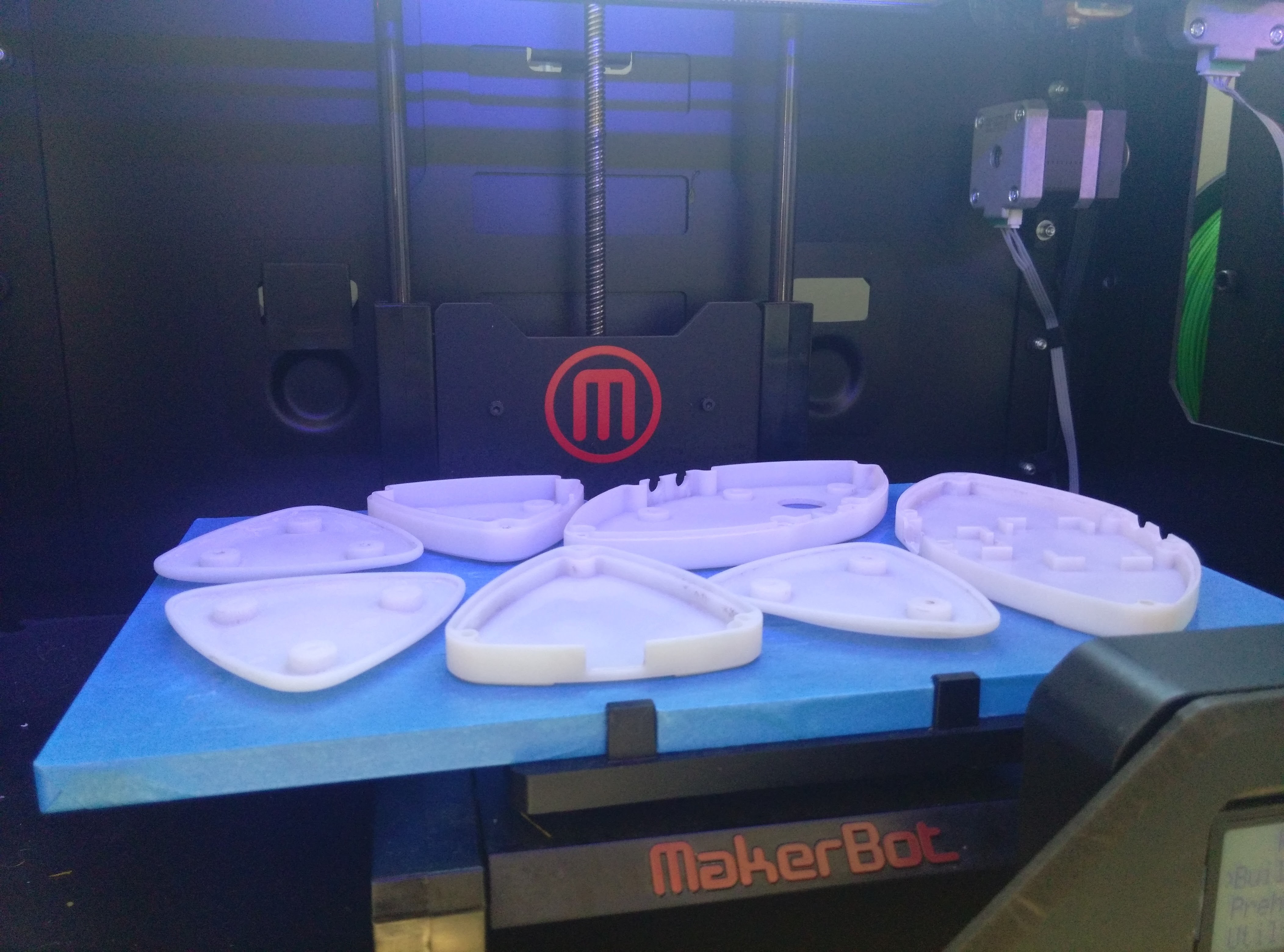 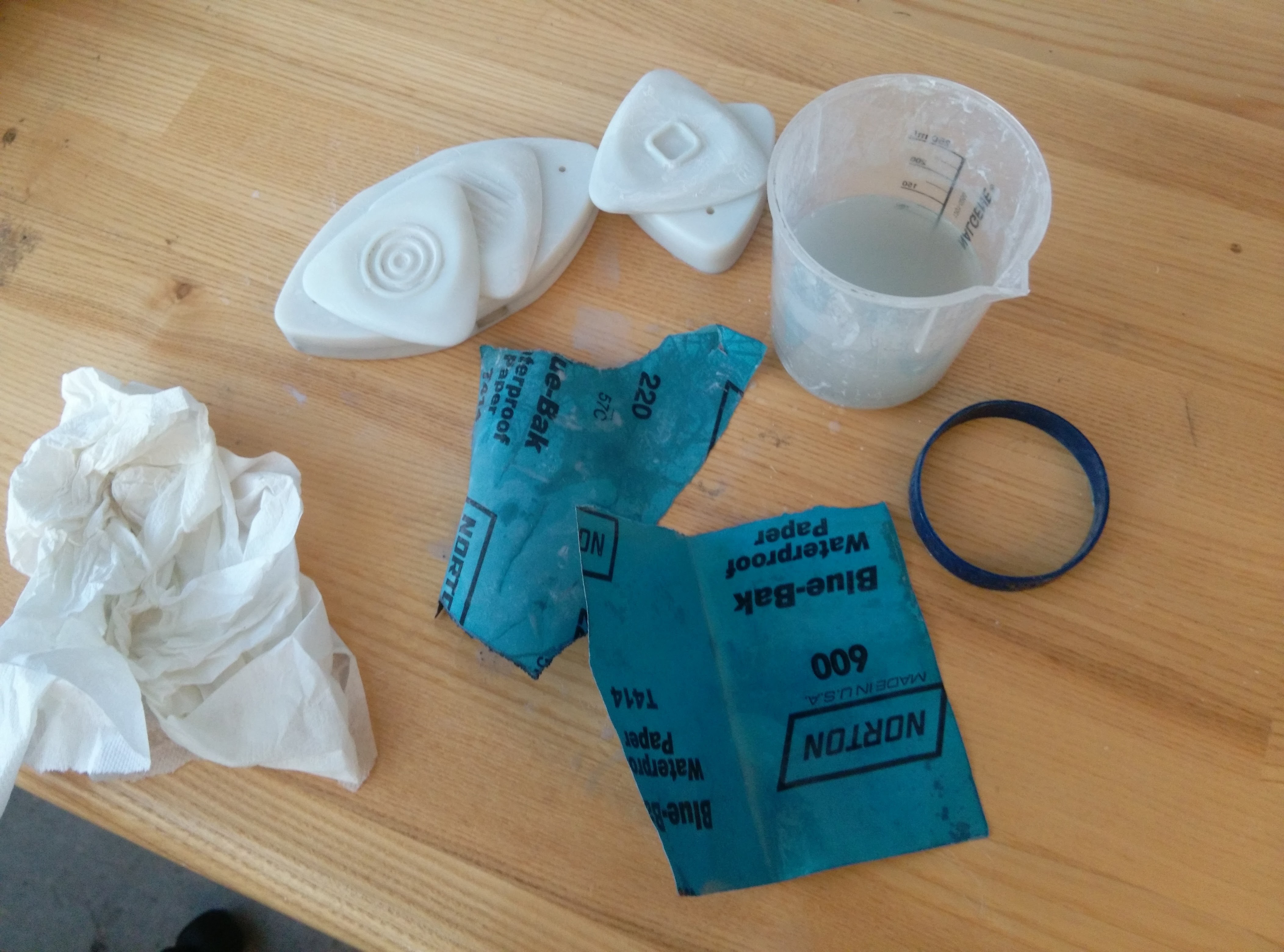 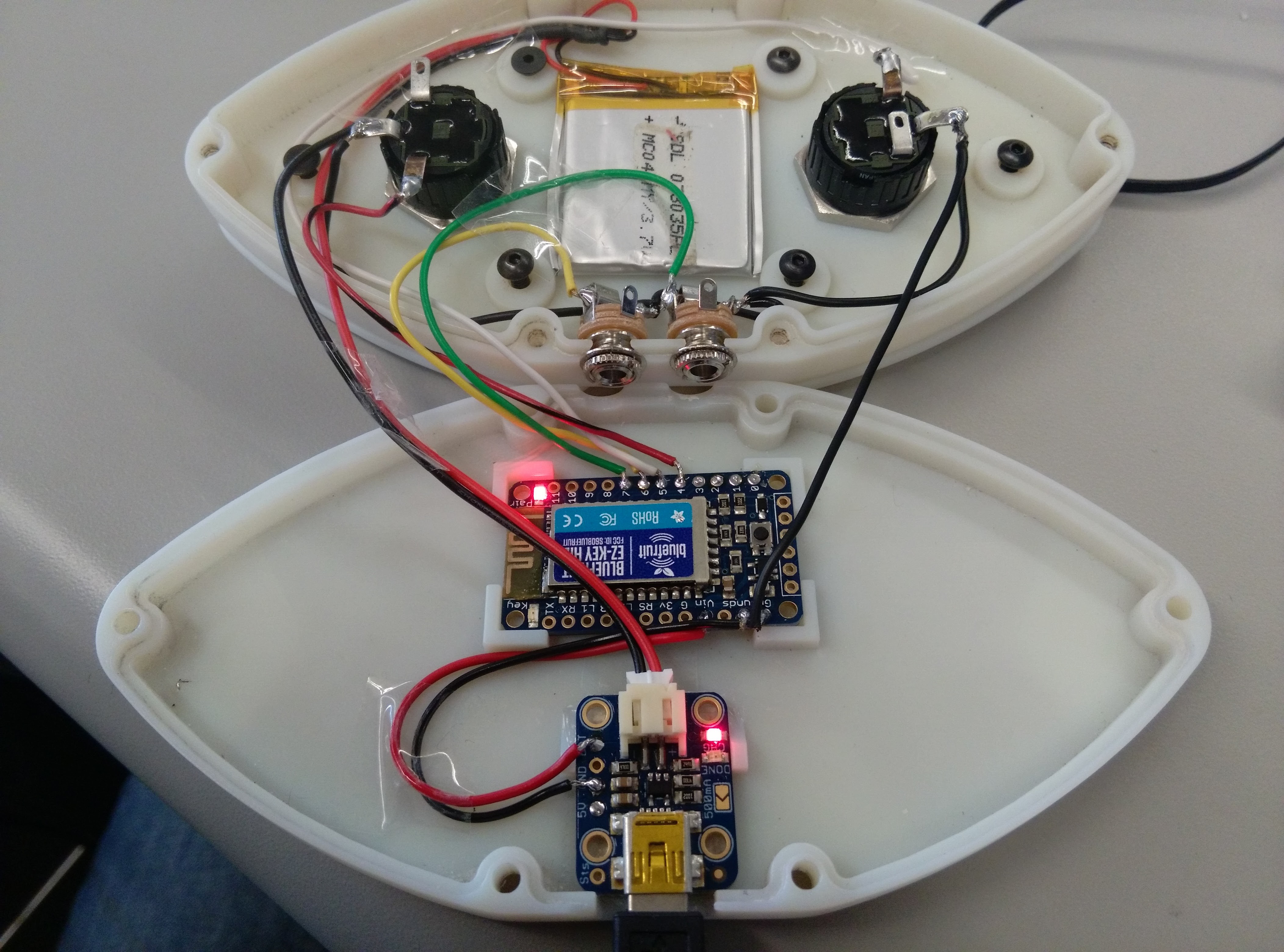 I put sponge strip on the back of the button covers. Then put everything together. 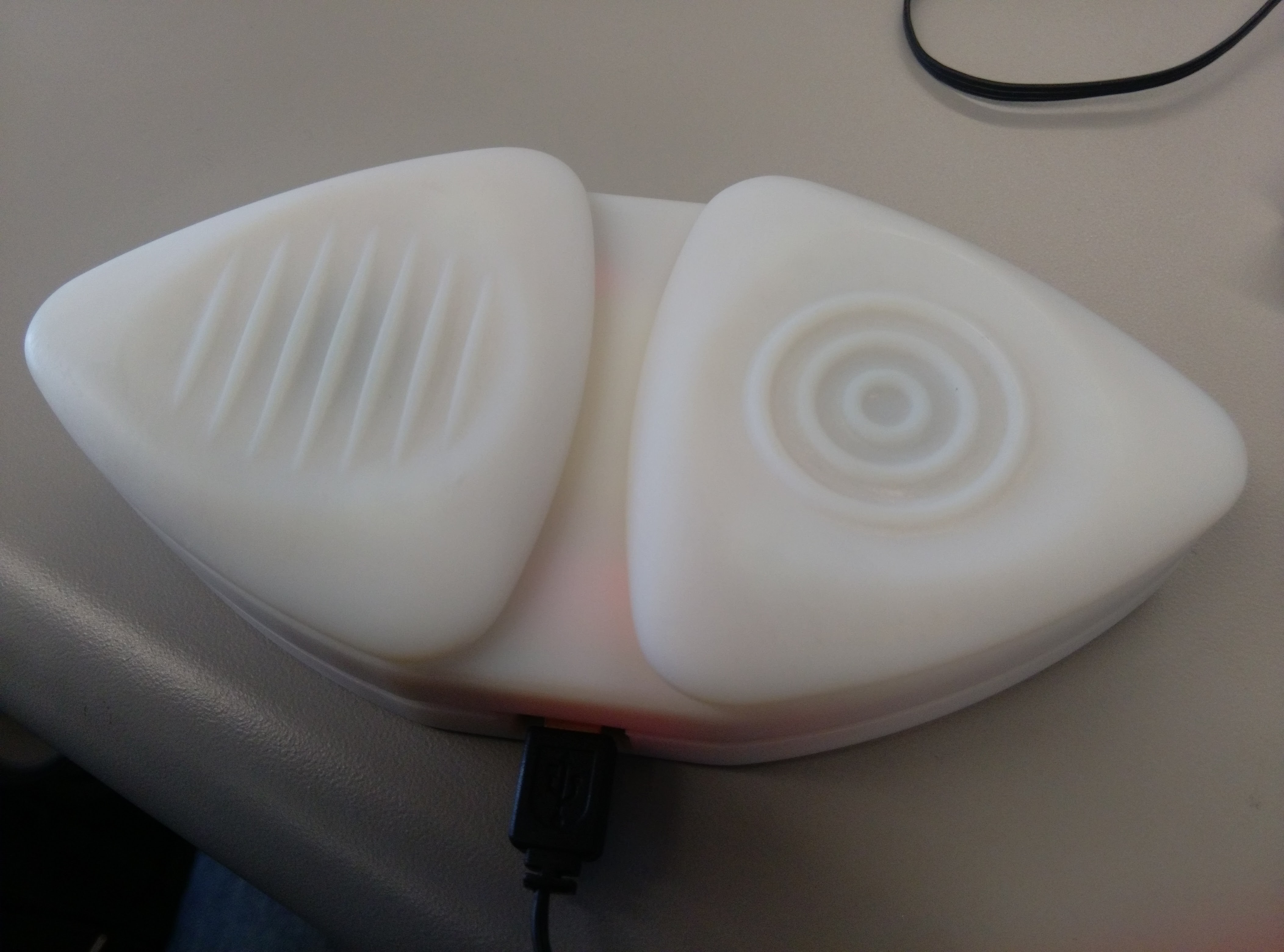 BOSI with iOS and Mac

The iOS and Mac already have the Accessibility functions for switch interface called Switch Control. Here are the videos show how to set up. There are more switch accessible apps here (http://www.atandme.com/?p=467). However, from my quick test, most default apps can be operated with the switch interface. 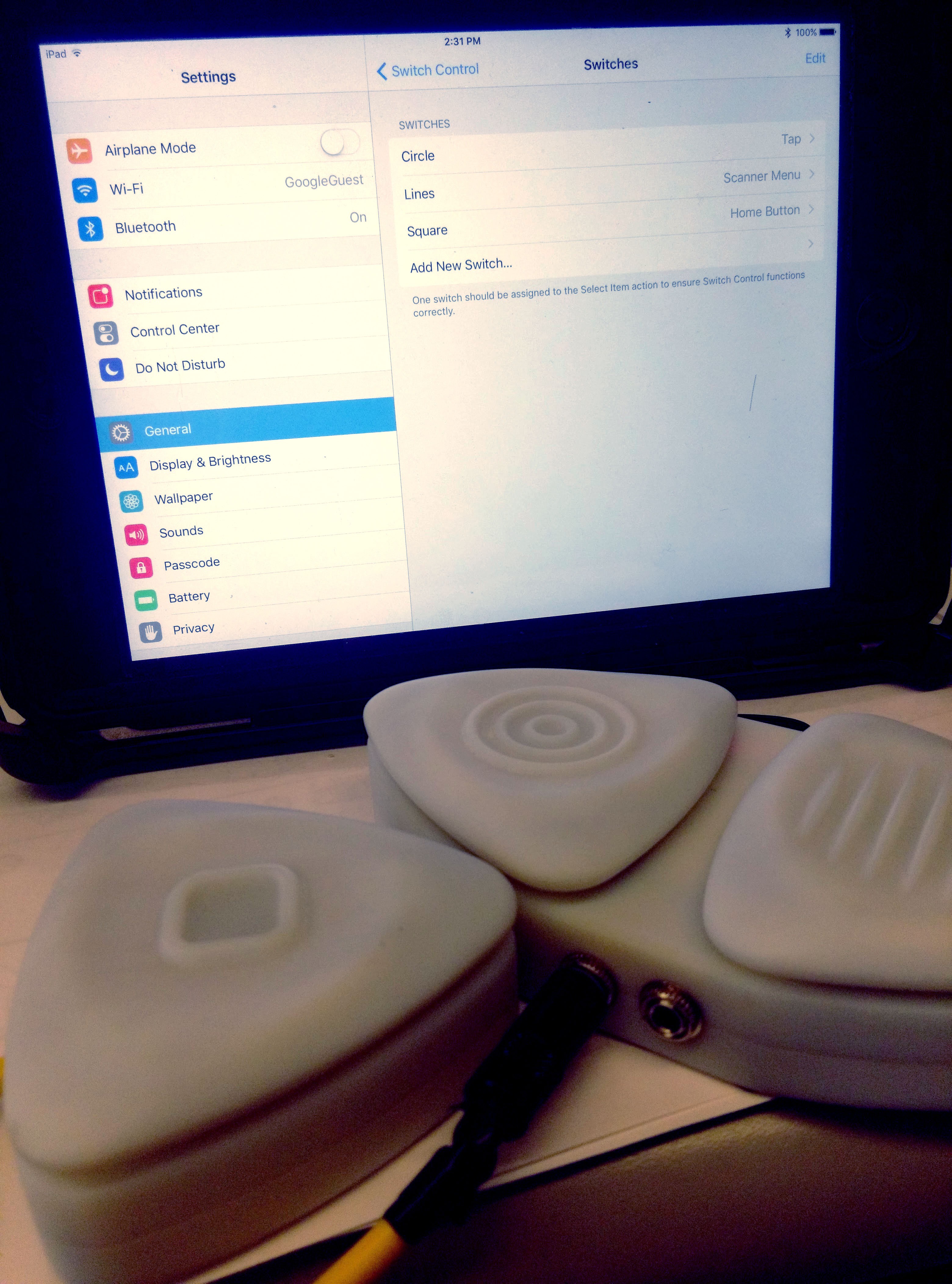 The switch interface on the Mac is more flexible. The user can make their own on-screen button sets for frequent used functions.

More information can be found at https://support.apple.com/en-us/HT202865.

Here I tried the BOSI on the new Sierra. It works just fine. 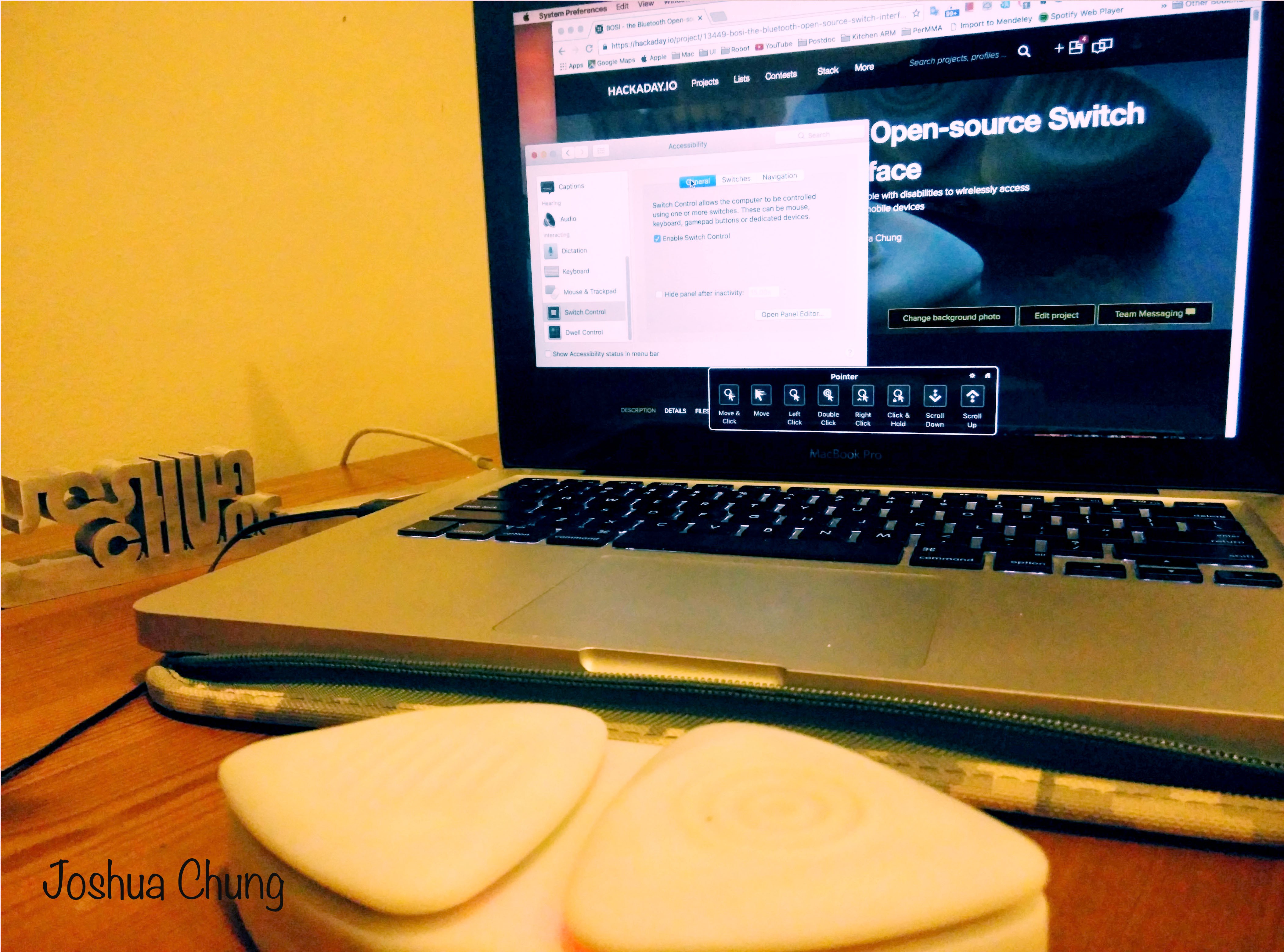 The Android provides switch interface. More information can be found here at https://support.google.com/accessibility/android/answer/6301490.

I tried the BOSI on the Android tablet - Nexus 7. The lines button was set to initiate the auto-scan and the circles button was to select. 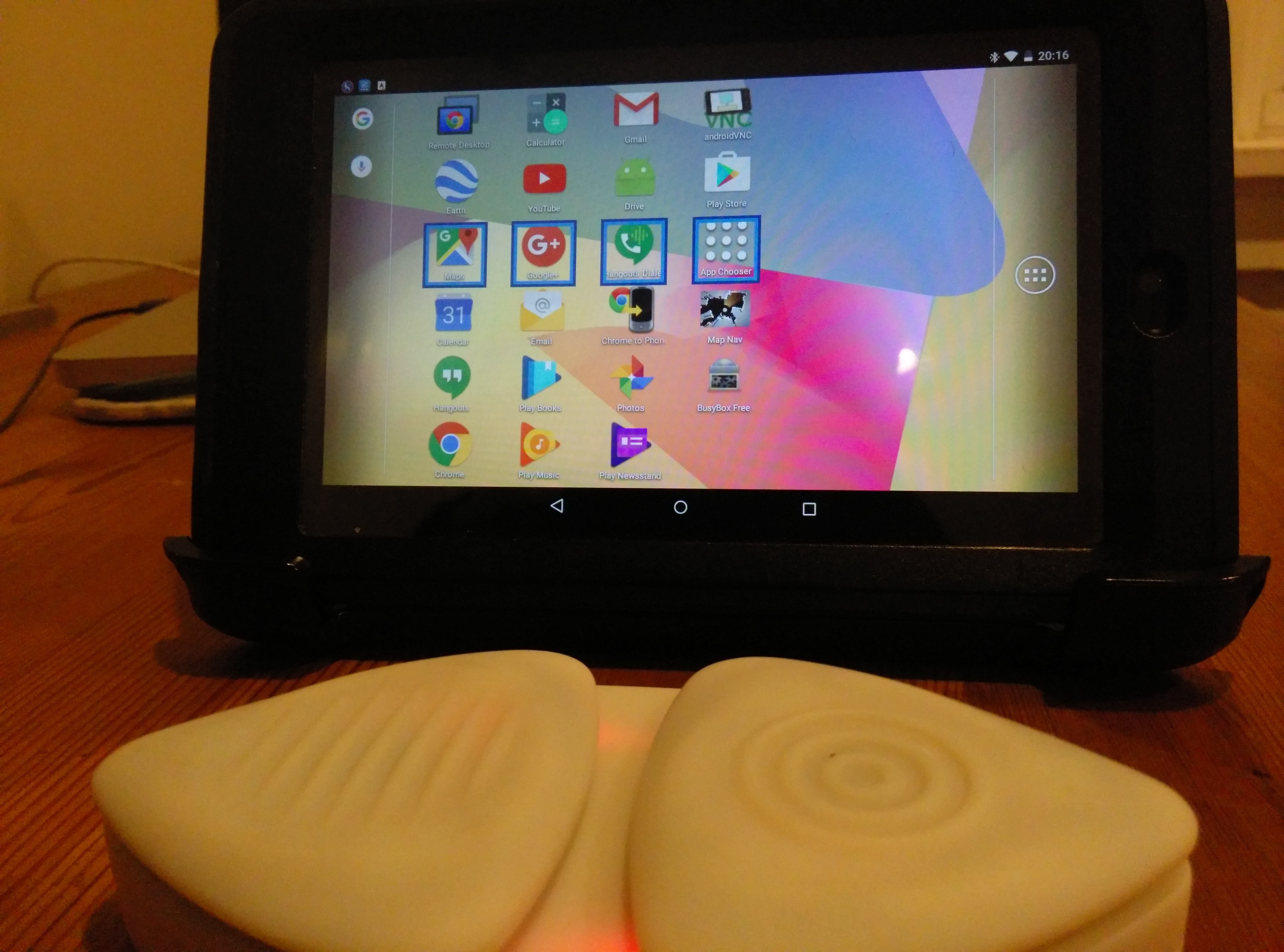 ACAT is one of a open-sourced scanning input software.

BOSI on a wheelchair

Here shows the BOSI on a power wheelchair armrest. Since it...

2021 Hackaday Prize
A mute button, so i do not have to push button combinations on my keyboard for muting/unmuting in phone conferences
Project Owner Contributor

A further exploration of what can be achieved with the humble magnetic reed switch and a few neodymium magnets.
Project Owner Contributor