Intuitive, robust exoskeleton on a budget

Our goal was to use a high RPM brushless DC motor and gear it down to useful speeds. The motor we had was about 8,000 RPM at top speed with no load. We figured that in order for the motor to be useful we would need about a 100:1 gear reduction. Our finished prototype was able to get a 50:1 gear reduction, using a cycloidal gear drive.

The reason we used a cycloidal gear was because it is not backdriveable, efficient, and offers high gear reduction in a small flat package. The downside to a cycloidal gear is that it vibrates due to the eccentric cam. 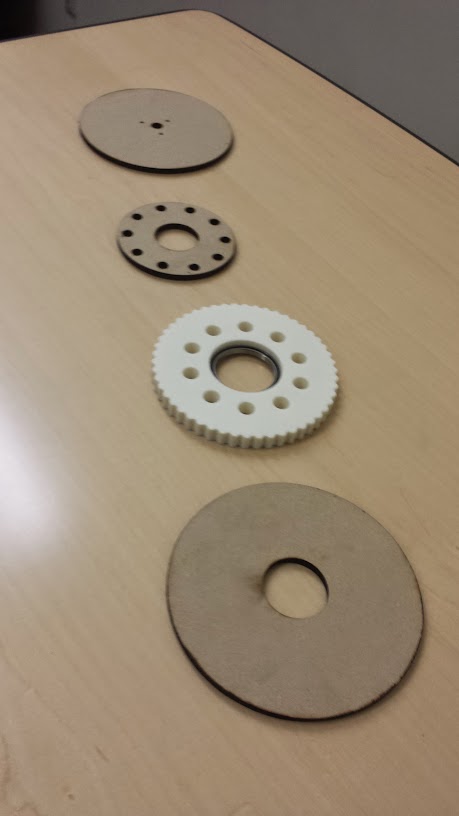 I've never had good experience using a 3D printer for gears, as the teeth themselves will pretty much shear under any substantial load. The added bonus of using a cycloidal gear with a 3D printer is that the gear teeth are all rounded and a high number of teeth are in contact at the same time. To save print time top and bottom plates were made from laser cut cheap mdf. 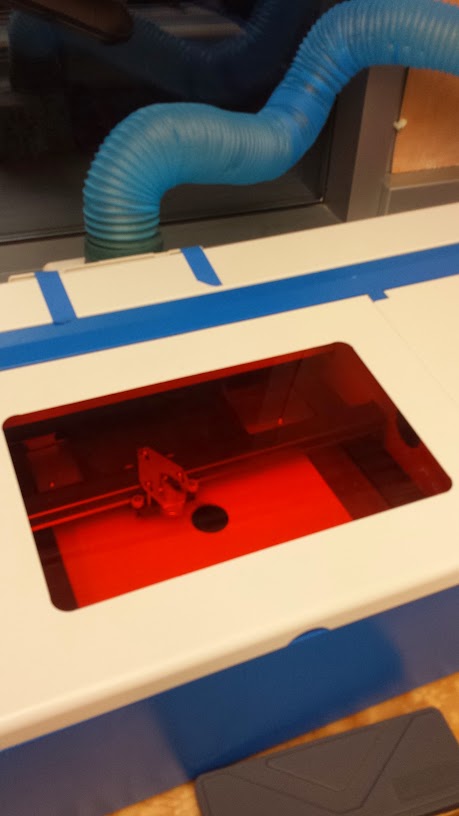 The final assembly involved a small layer of gorilla super glue between the outer gear teeth and the top and bottom plates. We attached the motor to the eccentric cam using a motor collet designed for propellers.

Spare carbon fiber tubes were attached to the gear housing and output shaft of the gear box. The last touch was to laser cut some arm brackets and strap on the battery. 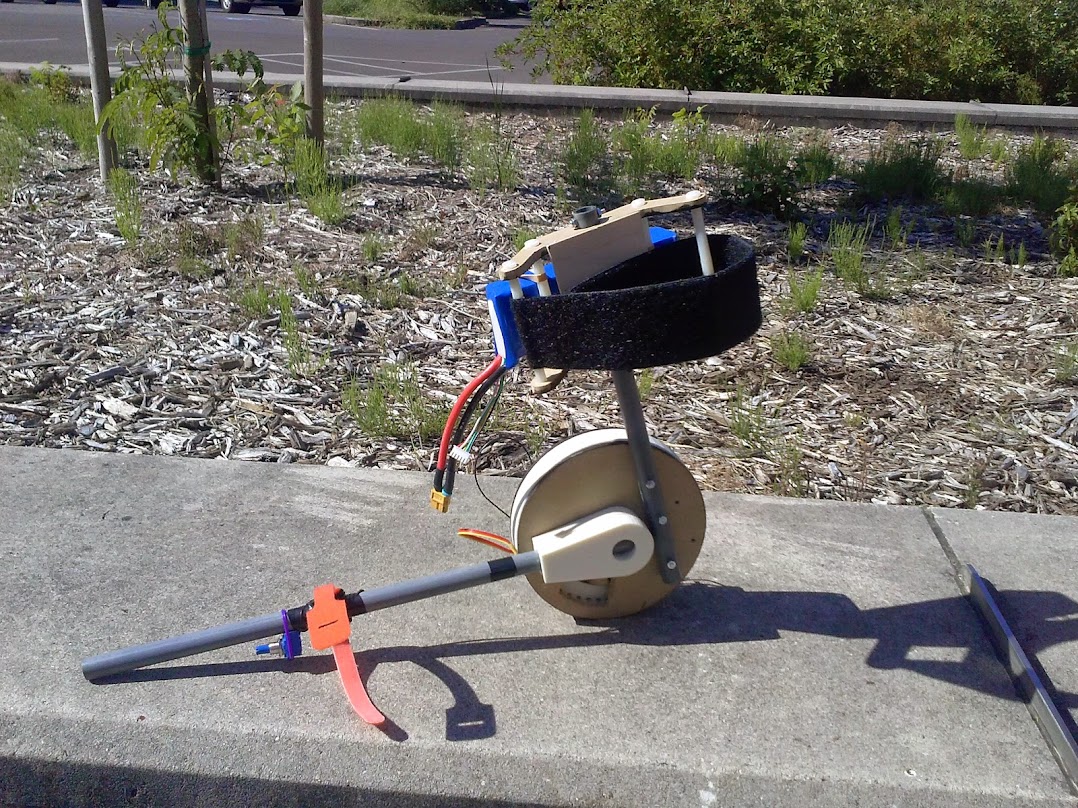