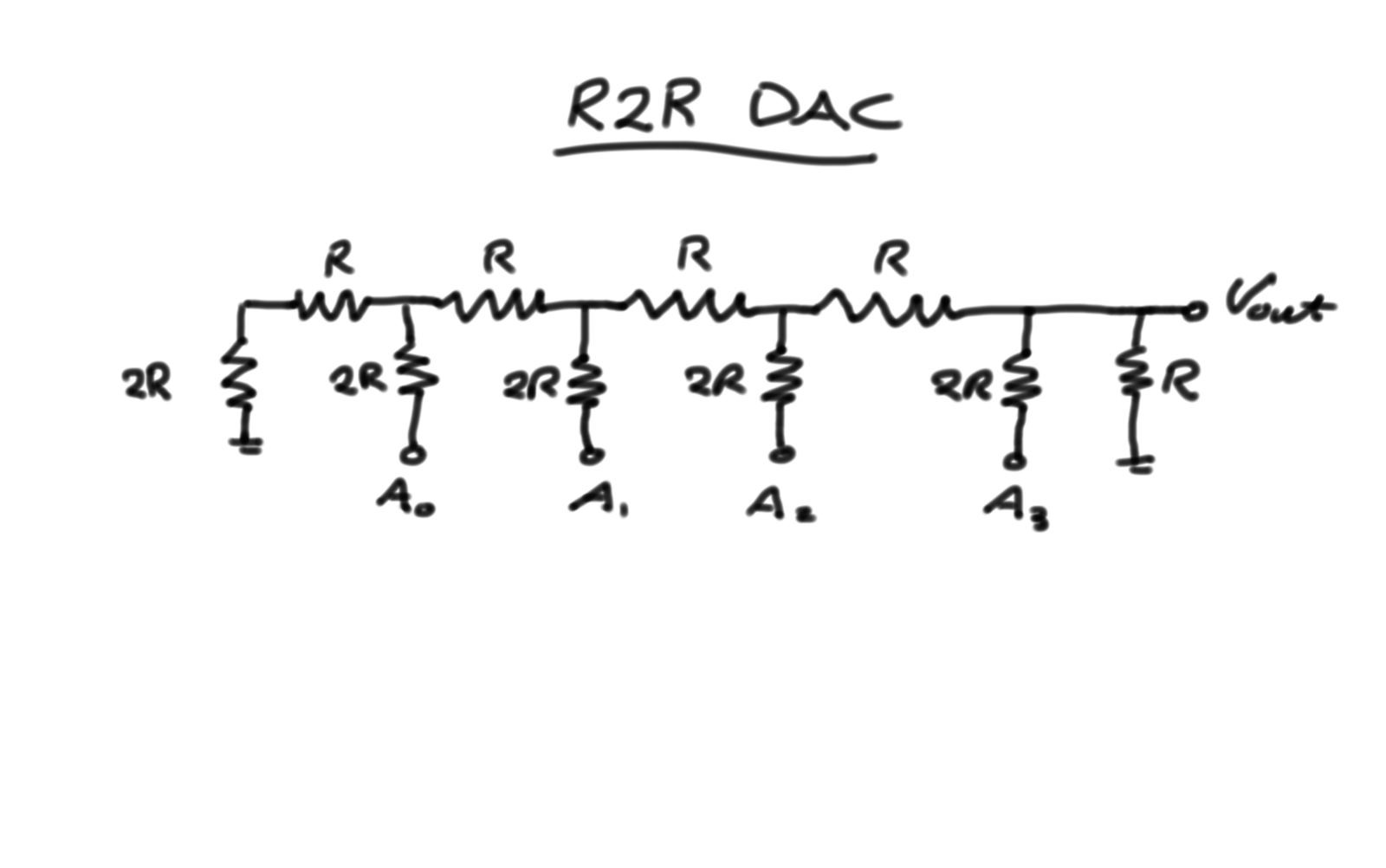 Three of these are used, one for each of the RGB channels to the VGA output. The final R at the output is to divide the output to be within 0.7V, which if full brightness.

One main issue was the auto DC voltage removal by the monitor. This was caused by the DAC not outputting 0V during sync signals. It worked perfectly once the sync pulses where used to mask out the video output. 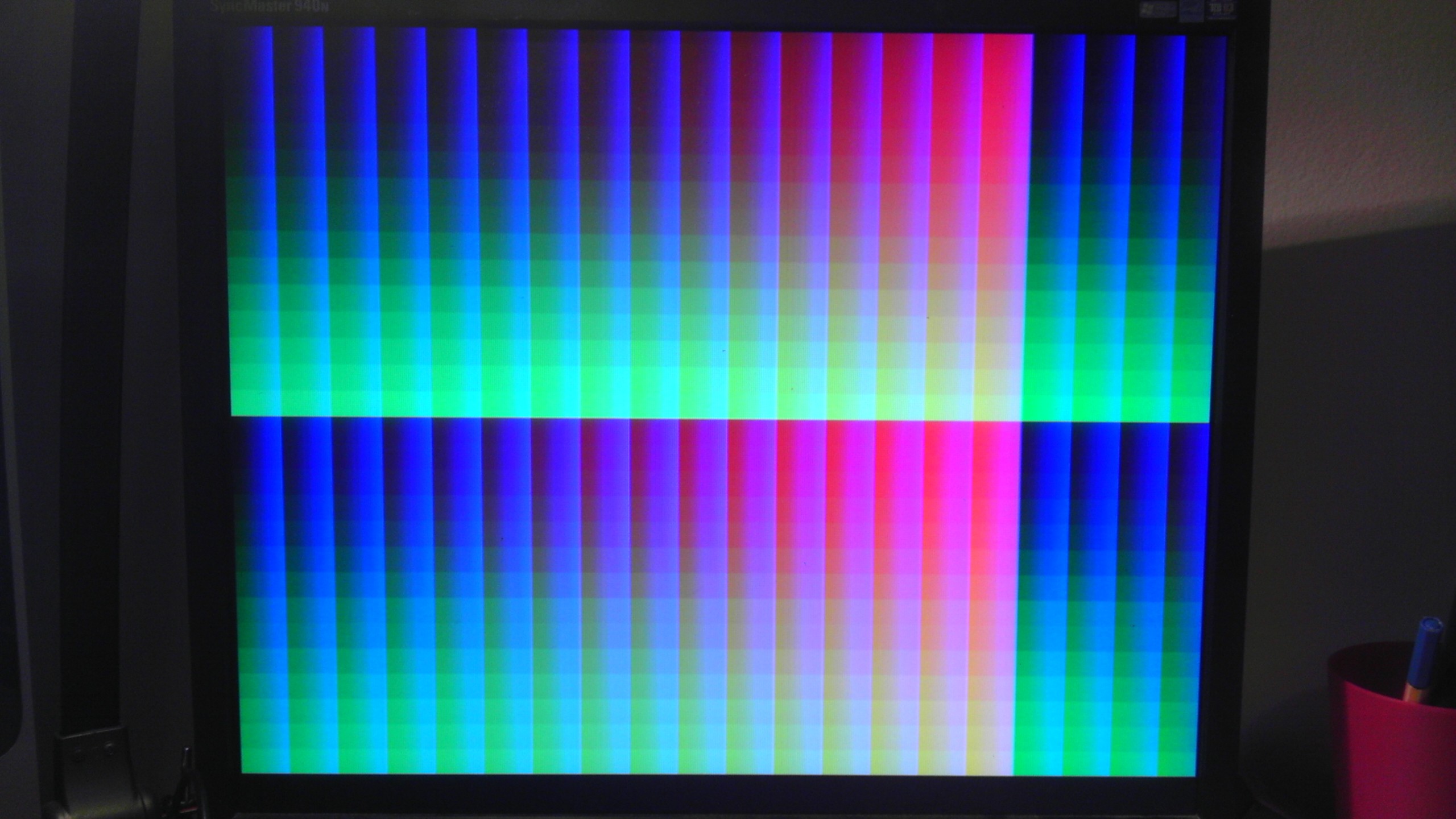 Next step is to add more memory to the system. The memory of choice is a 4bit serial 1024kb memory. The plan is to add two or three, allowing a circular buffer. The 4 bit communication also matches the color depth of each channel for convenience. Hopefully once the memory is in, it can be tested with the Conway's game of life.

And just ending this log with a photo of the R2R network on breadboard :) I chose to solder the wires directly to the resistors as I was running low on headers. 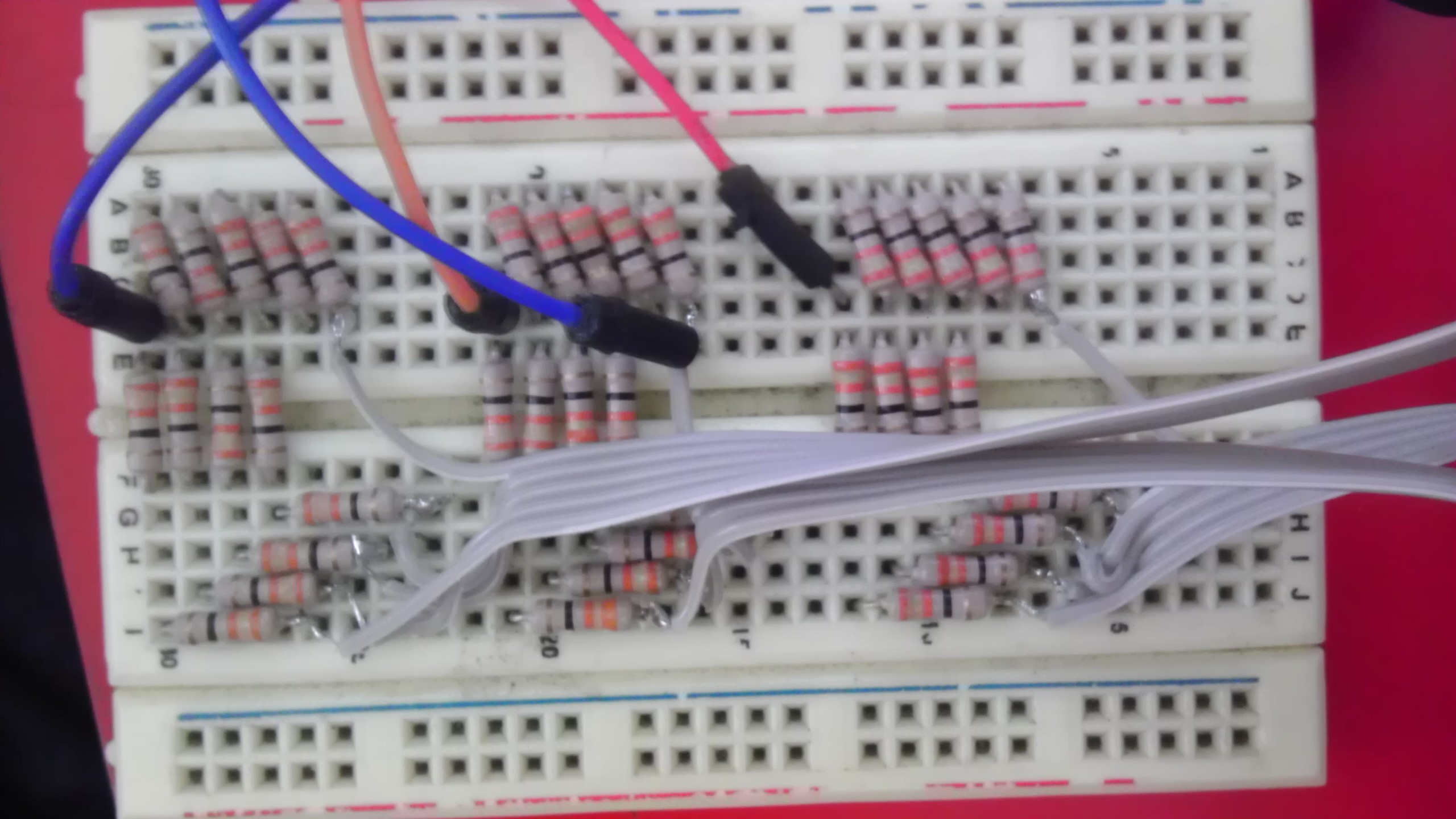