Another quick update, now that the motherboard has been sent off to OSH Park to get made. 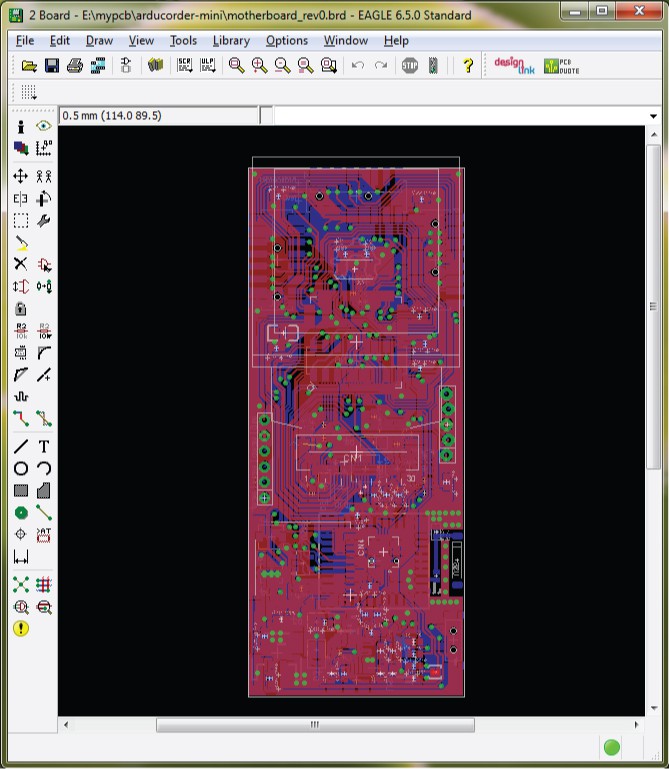 I was able to complete the routing on the motherboard in the evenings this week, and sent it off yesterday.  Tomorrow I'll be heading off to a conference, so it's great that the boards can get fabbed during this downtime.  Some statistics: 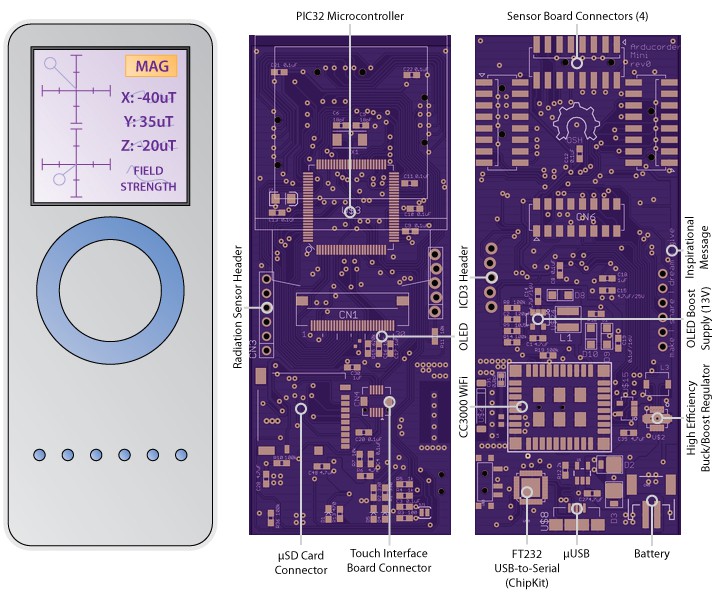 The main design considerations were ensuring that there was a good routing path for an 8-bit memory lane between the PIC32 and OLED display, ensuring that each of the 4 sensor headers could be populated with 20 pins each (including I2C, SPI, UART, Analog, and Digital I/O pins), and ensuring that the power circuits (a 3.3V high-efficiency buck/boost for the main bus, and a 13V booster for the OLED display) were both layed out correctly.

In the end I think the layout turned out rather well -- the design is well segmented, with (largely) power on the bottom half and data lines on the top half.  There was enough space to place the CC3000 wifi module on the motherboard itself, which should reduce the thickness of the device. I'd like to include a real time clock, and though there wasn't room on this revision, I made sure to include a line directly from VBAT to the Touch Interface Board connector, so that I could sneak one on there.

Next up are the capacitive touch wheel board, the 4 sensor boards, and the radiation sensor board. To keep the development pipeline full I'll try to put these together after the conference, and hopefully have them sent off to the board house just in time for the motherboards to come back and be built. Since we're working on such a short development cycle, I've tried to order any components with long lead times ahead of time.  Two of the Radiation Watch Type 5 radiation detectors arrived today (the same type that I used for the Open Source CT Scanner), and with a smaller version of the external comparator board that I designed for the CT scanner, these should be expanded to include detecting lower energy x-ray photons while being small enough to fit into the device!

Just a quick update today -- thanks for reading, and stay tuned!