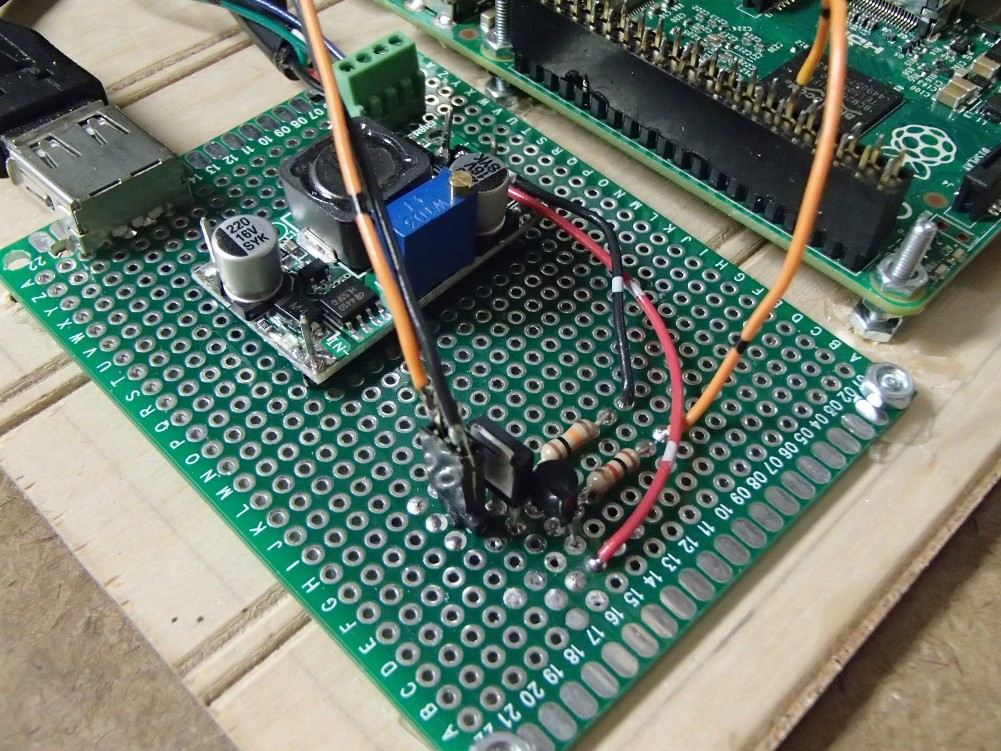 The little boost DC-DC converter fixed all my low voltage issues for the RPi and touchscreen. I was surprised that was such an easy fix. Getting a MOSFET paralleled with the backlight controls on the touchscreen was not and turned out to be a bit more involved than I expected. Most of the difficulty was self induced though. The best solution I could come up with for bodging a SMD SOT-23 was three pads on a SOIC breakout board. It was ugly but it probably would have worked. However, problems arose when I referenced the MOSFET and driver circuit off neutral of the power supply I would normally use but then powered the RPi from a different power source. I didn't catch my mistake at first, and instead concluded that my bastardized SMD work was the culprit. So I ordered a proper through-hole FET and once again it didn't work. That was when I finally realized my mistake, switched my power to the correctly referenced source, and everything worked as expected. Now when the screensaver come on, the backlight turns off and then when I touch the screen the screensaver goes off and the backlight switches on. I designed the gate circuit a little different than most other p-channel gate control. The gate is normally connected to ground though a resistor. Then a transistor is placed on the high side to pull the gate up and shut the MOSFET off. That way while the RPi is booting or something happens to the script that controls the GPIO, the backlight will fail on.