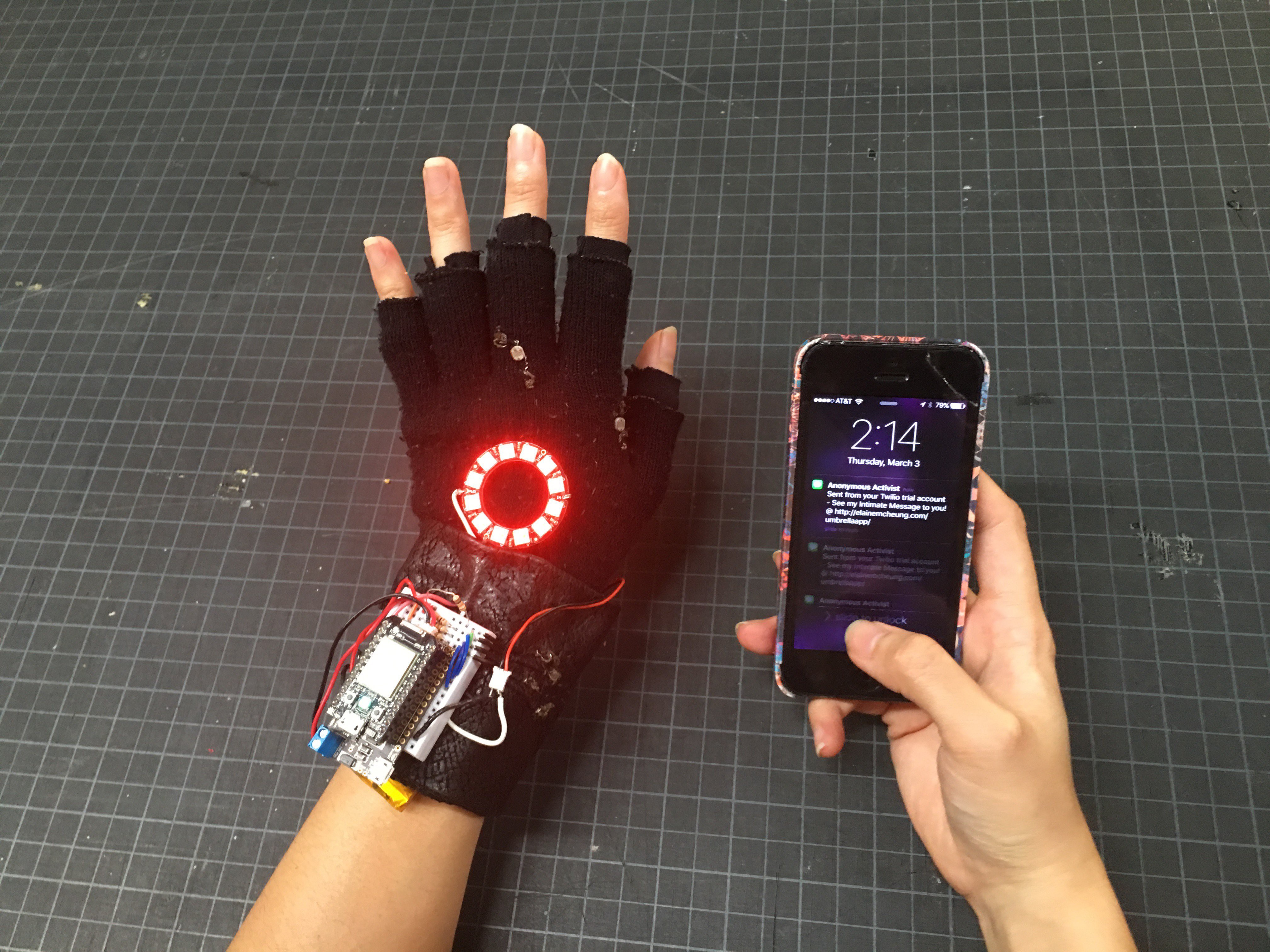 Soon after mitigating the code into the Particle IDE, I set up a trial Twillo account to send text messages to my phone when a certain handshake is triggered. For this initial prototype, I created a website that held a database of various quotes that were organized by short sentiments of solidarity and support to longer and more personal kinds of messages - ideally exemplifying the moment when you understand or empathize with someone, you might tell them your story. Based on which handshake and gesture is triggered, the particular message (organized by casual-intimate level) is sent to my phone through Twillo. 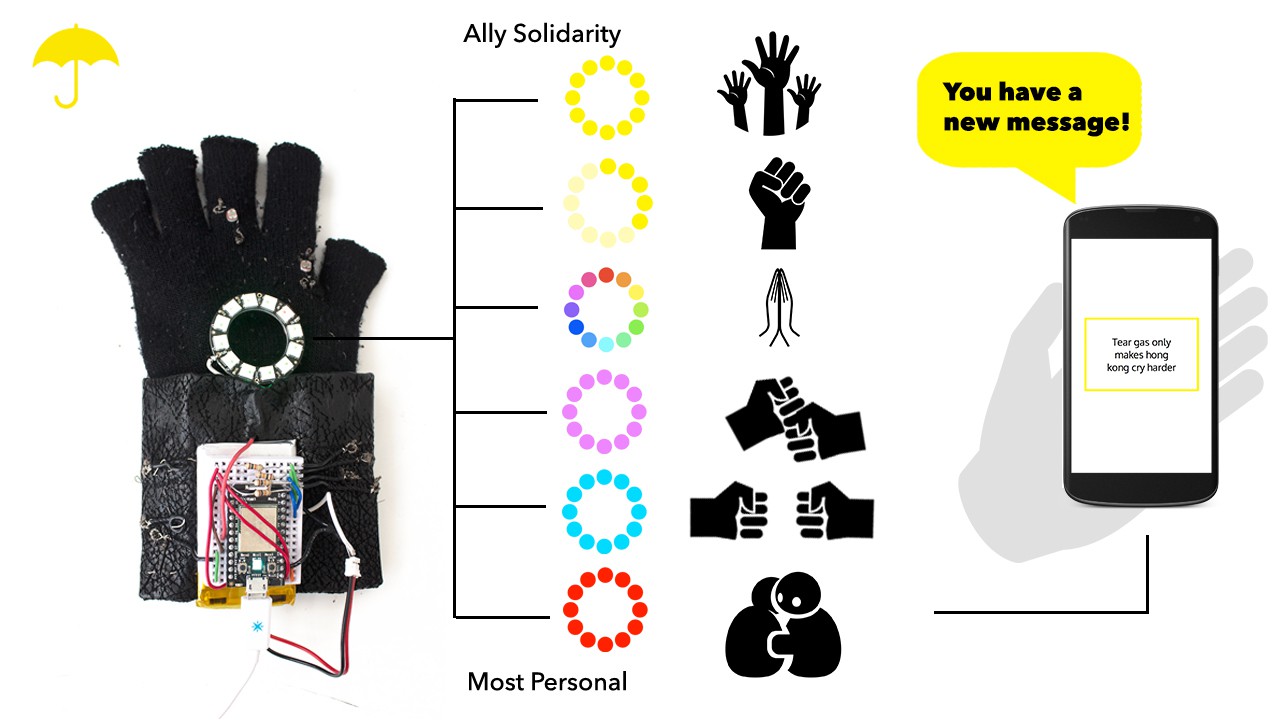 Assigning colors to each message was important here for the context of visibility, to be able to see what kind of message is received but not necessarily looking at your phone. It keeps in line with being able to talk silently but staying engaged with the other person. This kind of interaction encourages people to be thoughtful with the kinds of messages they want to send out, as it is preprogrammed beforehand.

In my context for the example situation, I used it as a DIY way to communicated in a protest or large crowd where talking might be hindered or difficult. But in such a case, solidarity, support and being an ally is important for visibility in such circumstances. The yellow "default" color glows brighter when a clasped gesture is formed (one representative of "resistance"). Imagine a sea of people holding this gesture in the air, can be a very powerful message broadcasted on a massive scale. 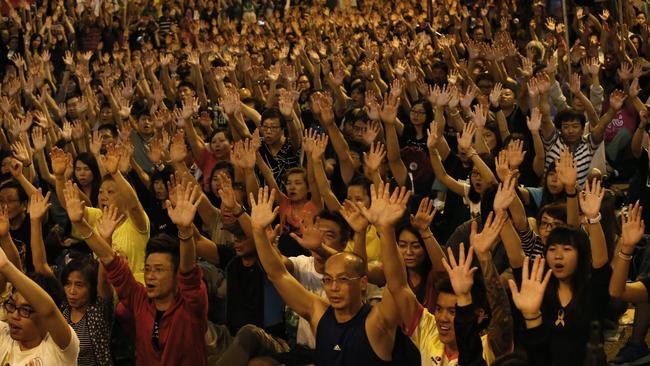