Sometimes you want to monitor air pressure remotely and wirelessly. But, you may also want or need to implement your own wireless protocol.

An inexpensive option is to use any cheap electronic car tire pressure gauge with an LCD display, and hack the LCD to read the results. These small devices already have a calibrated circuit. By just reading the LCD, you do not have to interface with the sensor itself and provide amplification and scaling - all that is provided for as little as $3.

Adding a small Arduino clone and a HopeRF transceiver, it is possible to activate the gauge at will and take readings, and then transmit the readings over wireless to any requesting system.

Hacking the LCD on a device is a really nice, non-invasive way to get a device’s information. Once you’ve done one LCD, all other LCDs are easy to do, with some adjustments. I use this technique a lot. I like it because it does not interfere with the device’s own designed behavior or circuitry, so that it can continue to function properly, while still allowing for data output that can then be used to turn a non-connected device into a connected one.  It's nice when the LCD contacts are exposed by vias or test points to which one may easily solder. 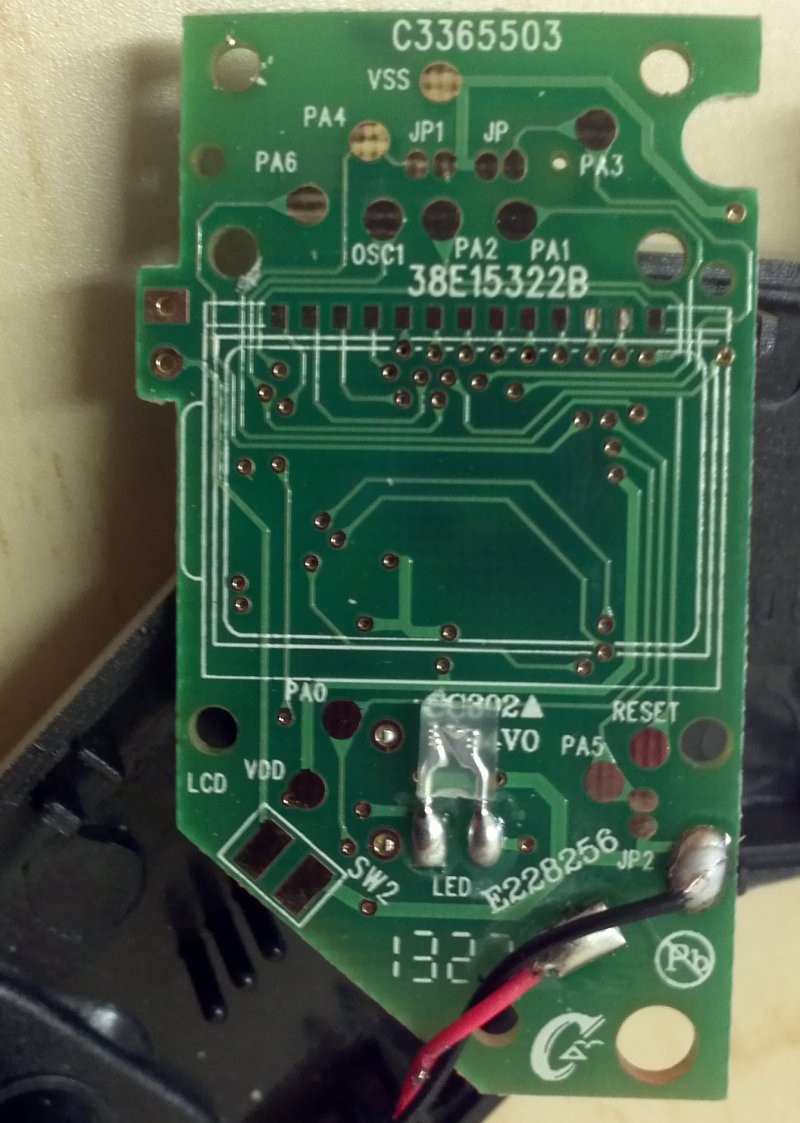 On reverse, wires are easily soldered to the vias. 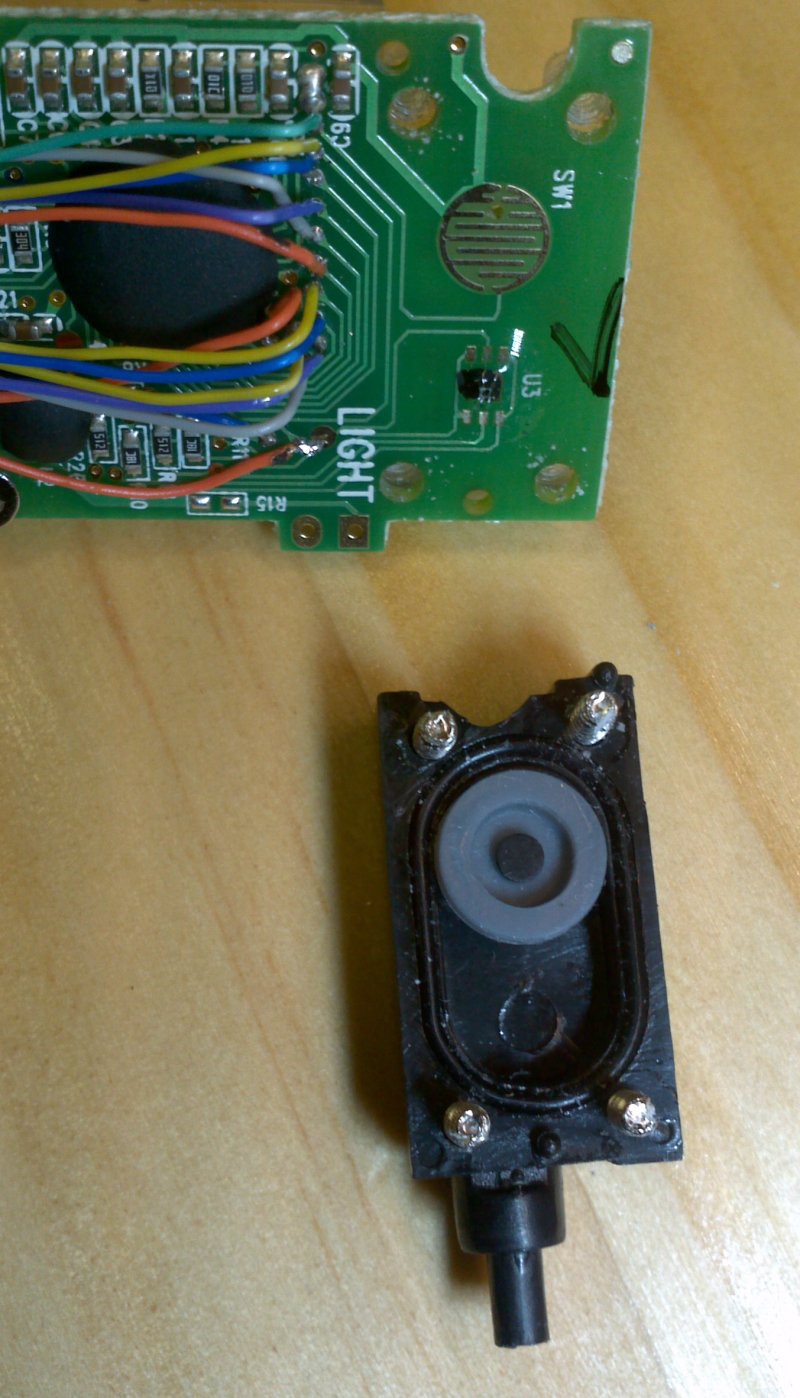 For control points, small devices usually expose some user buttons, and these very often are just switches that ground out a microcontroller pin. When this is the case, as it is with this pressure gauge, you can control the device by bridging the pin to your own microcontroller digital outputs, or if there is some sort of incompatibility, you can use a MOSFET, or for full isolation, a relay.

The pressure gauge I chose is a 3V device - which we know means that it ought to be able to handle as much as 3.6 volts, and possibly much more, as alkaline batteries when new have more than 1.5V each. But what this means is that an ATMega328P running at 3.3V is a pretty good candidate to interface with the system, and can hit the control points directly.

Another option would have been to purchase an more expensive wireless tire pressure sender (around $30), of the sort that exists in the valve stems of modern cars. Then you have to hack the wireless protocol and have the right RF transceiver integrated into your network (more parts and $). Certainly that can be done, alarmingly easily. After reading about it, I decided that was not the way to go for me, because I wanted to integrate with my own wireless network anyway, but most importantly, I did not want any chance of interfering with anyone’s car, that might be in range, because the protocols appear to be unencrypted and easily spoofed. I did not want that to happen accidentally, and after that I would still have the task of translating all the data to my own network’s protocol. So - safety first, hassle savings second, and price savings third. I bought a cheap gauge with LCD ($7 - I found $3 ones later) and hacked it, and added an Arduino clone (which you can get for under $10) and an RF transceiver (which you can get for $6 or so, possibly less).

More details to come in the logs...

Learn how to use the 16x2 LCD with Arduino for various projects.
Project Owner Contributor