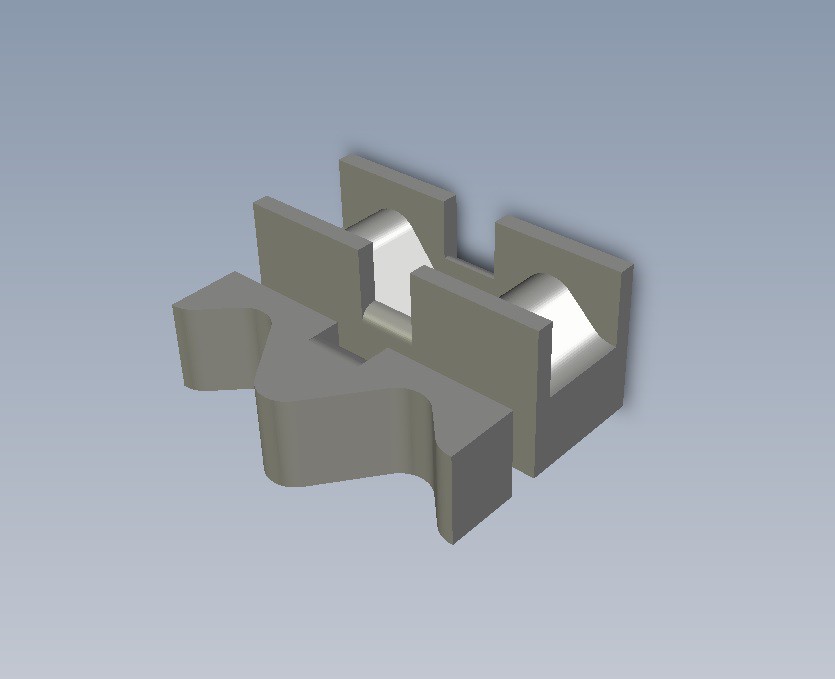 The very first improvement we could make to the MPSM which was fairly obvious right off the bat was that the stock bent tensioning system used spring clips, which have a relatively low spring force, and could easily flex during fast translations, leading to overshooting or undershooting artifacts in the print.

Our solution to this issue was to create and print some new rigid Belt Tensioning Clips for the X and Y axis belts. We whipped up a prototype and printed it on the MPSM itself.

You can find the belt tensioner files on our thingiverse page at: http://www.thingiverse.com/USWaterRockets 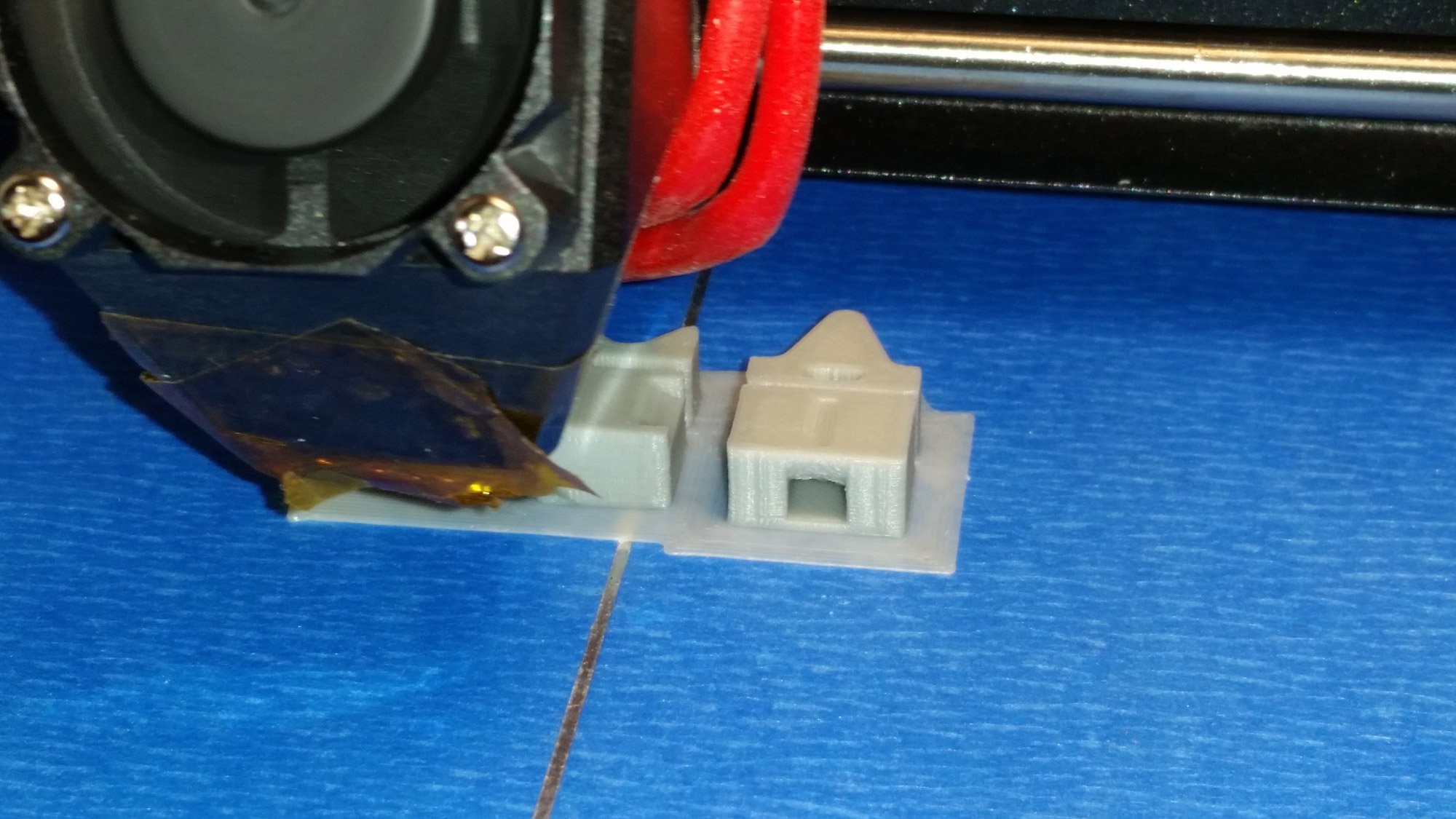 After printing the new tensioners, the old ones were removed and the new ones were installed in their place. The new tensioners use a cable tie to compress two halves together to deflect the belt and provide tension. Tension is adjusted by tightening the cable tie. Note that the tensioners differ for the two belts. This is because the space available to place the tensioners in each axis was not the same, so we had to get creative with the shape of the tensioners. 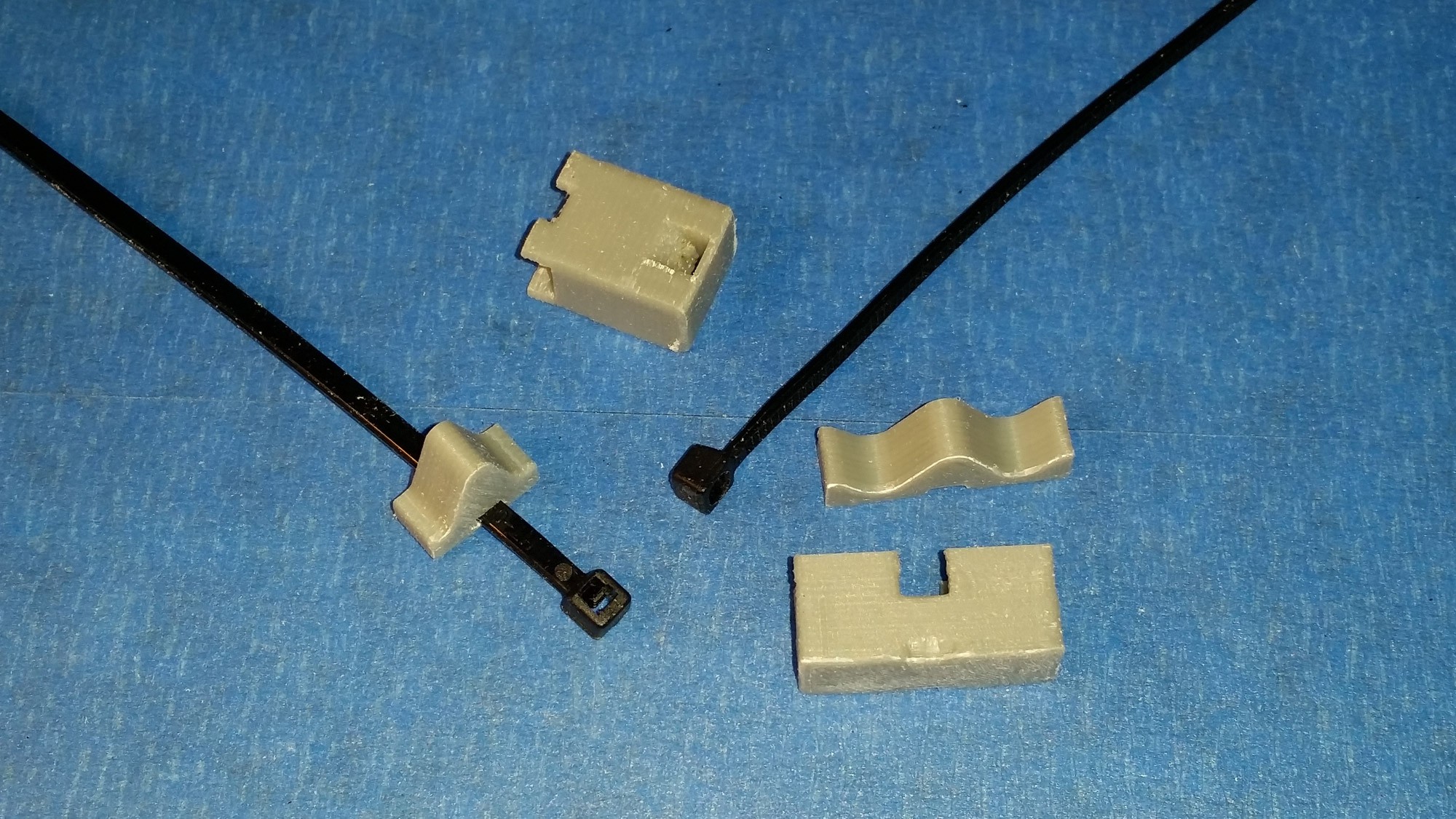 The X-Axis belt runs behind the extruder carriage and is the more difficult to install. The tensioner and clip must be installed on the belt so that it does not hit the pulleys when the extruder is fully travelled to either end. You can find a suitable spot to place the clip by moving the extruder head to the minimum and maximum position and finding a spot along the belt in the middle of those extents.

Also be careful to place the tensioner on the belt with the larger side facing the rear of the printer, or the clip could rub on the carriage as it passes by. 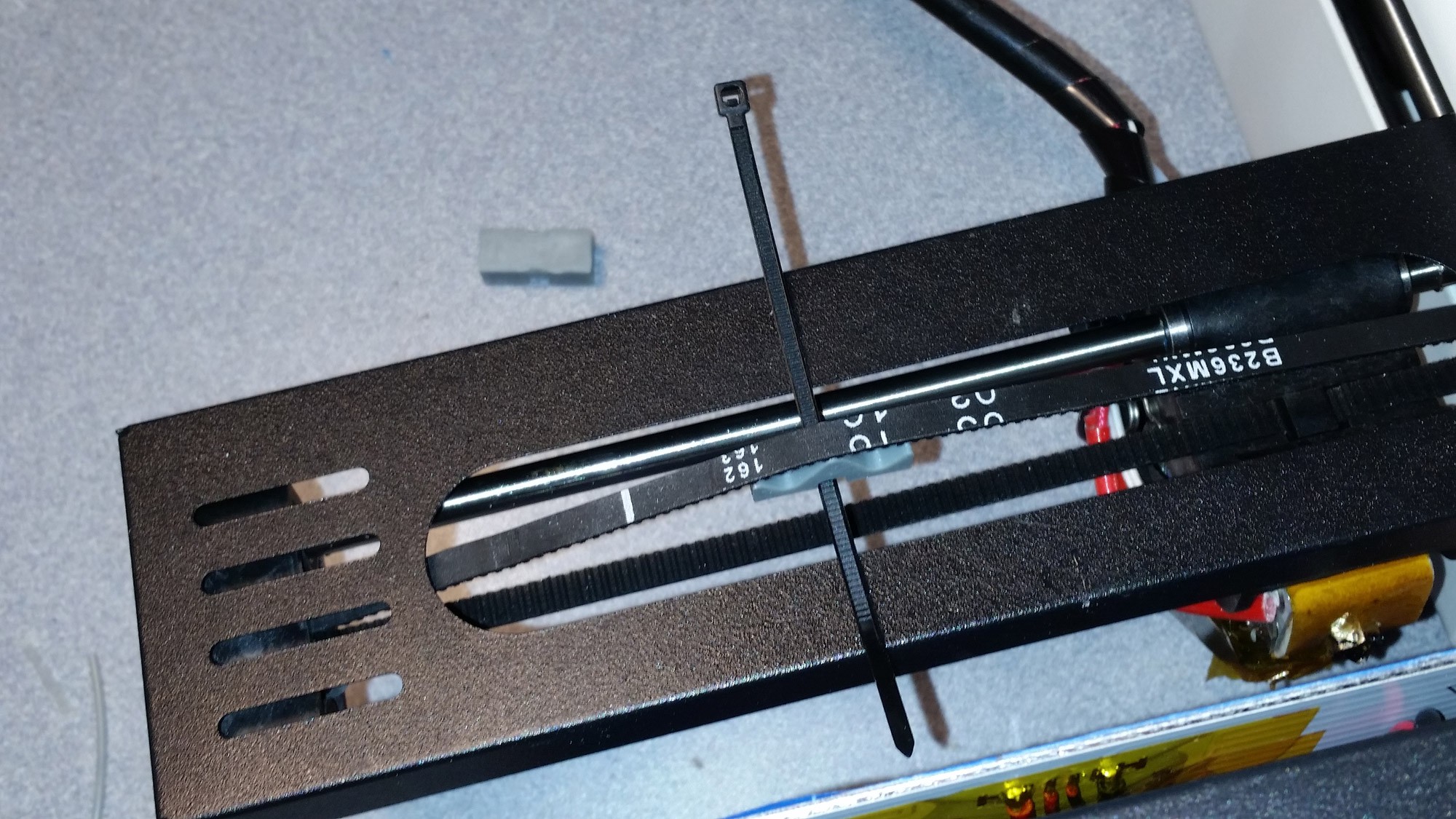 Position the tensioner as shown and support it with the cable tie. 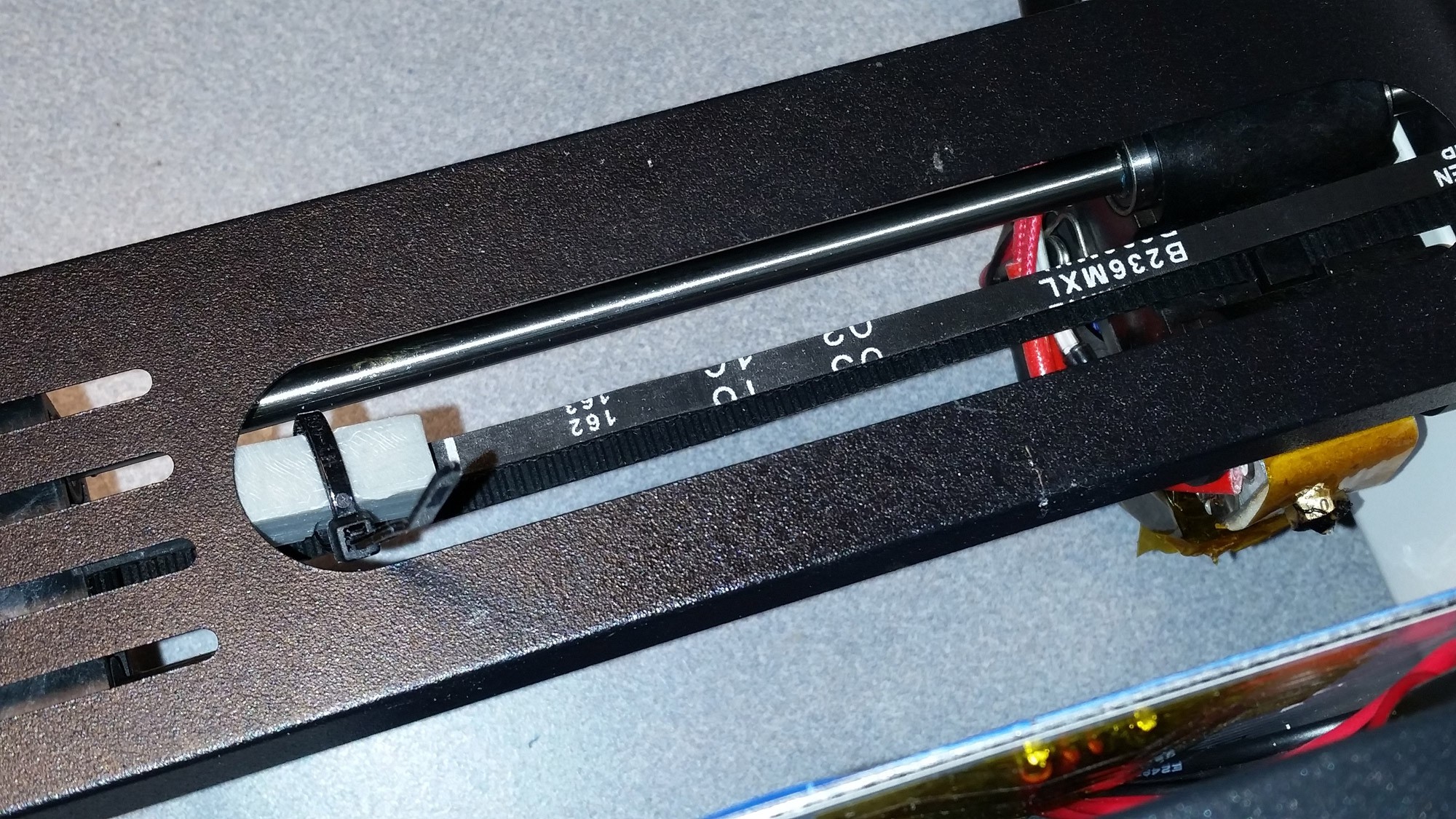 Loosely close the tensioner with the cable tie and test that it is in the location you prefer. 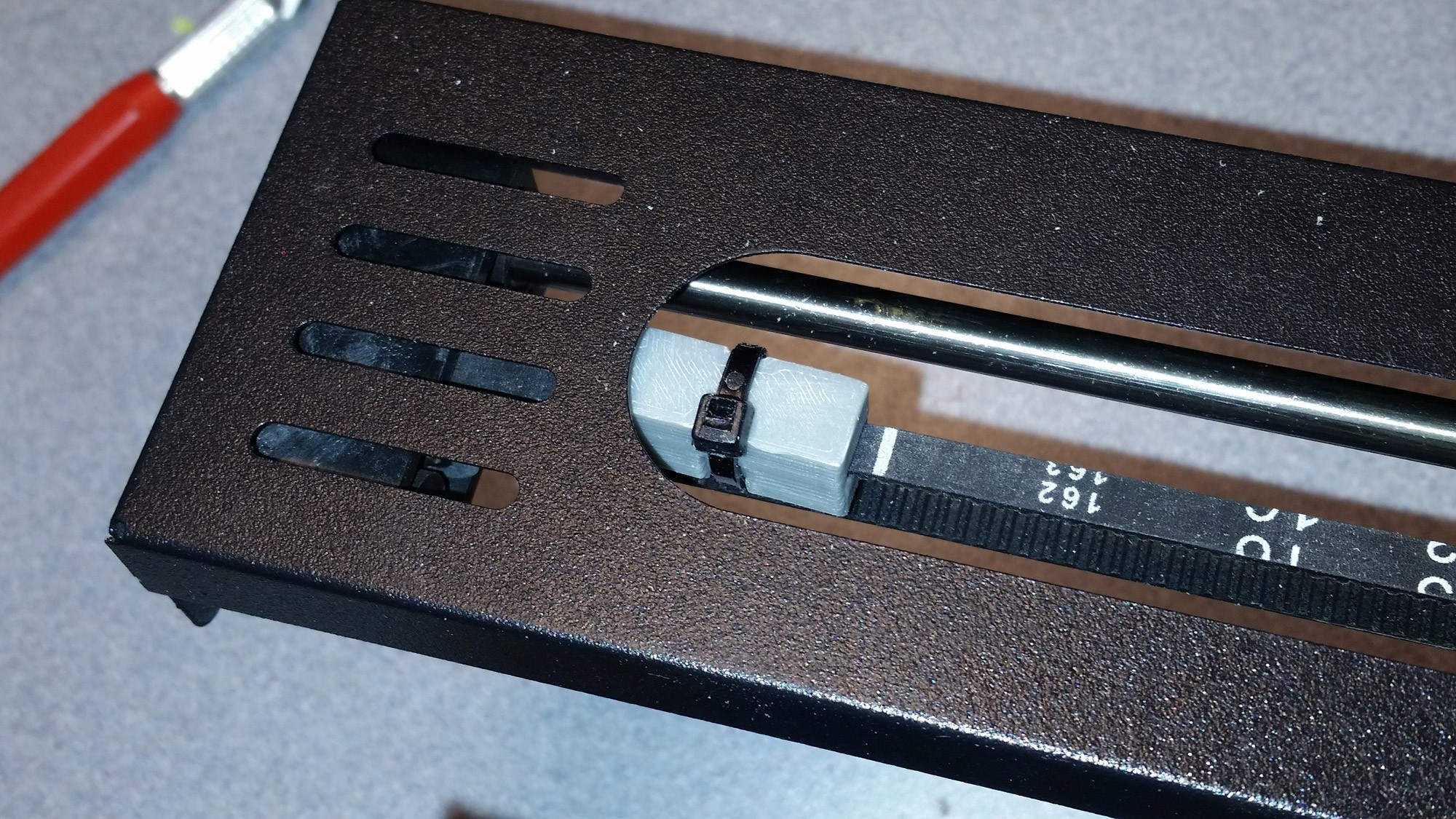 Then you can tension the cable tie to tighten the belt and trim off the excess cable tie. 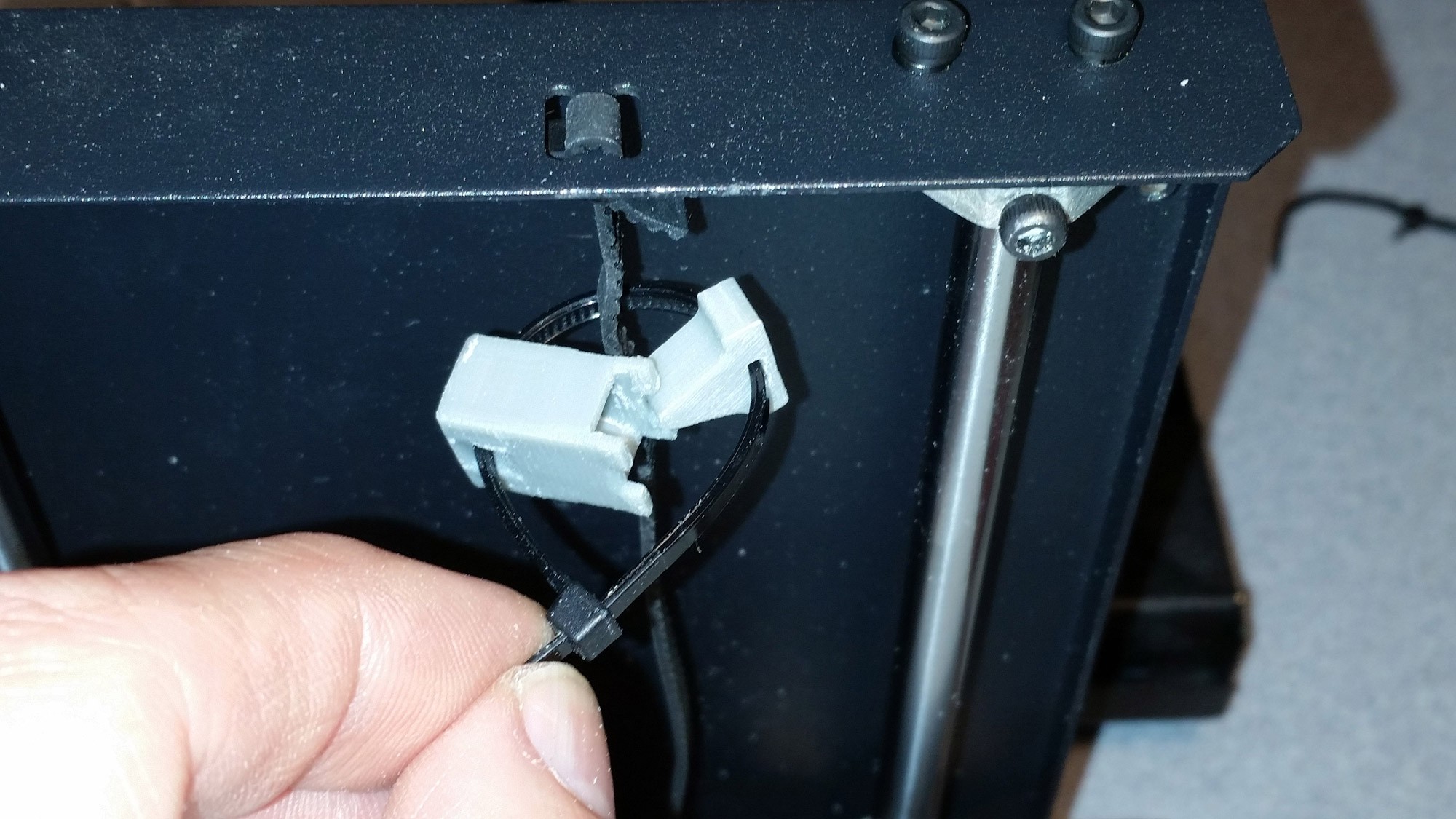 The second clip for the Y belt is located under the metal tray that supports the build plate near the front of the printer. This one is easy to install with no real issues. 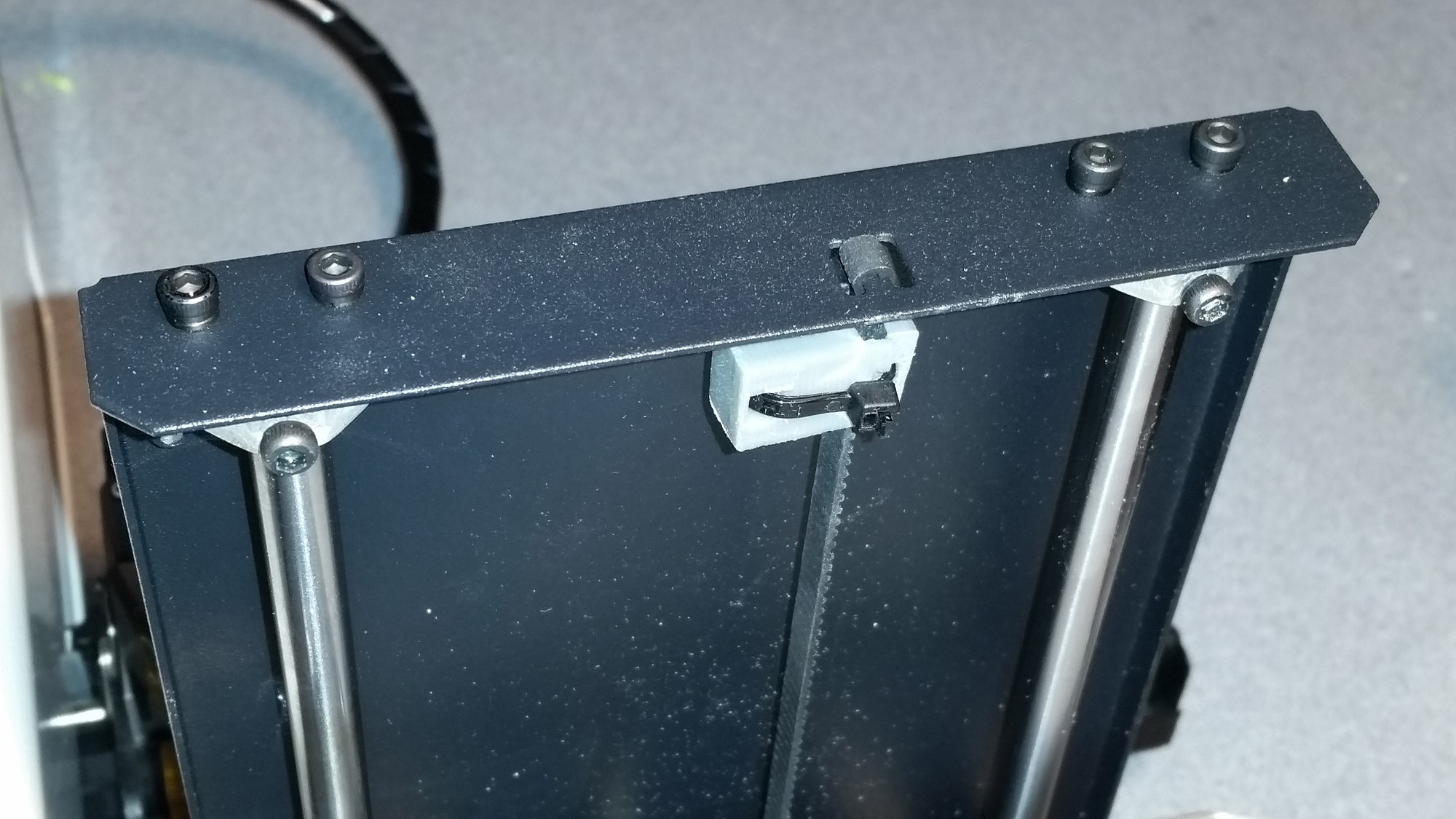 Place the Y Axis tensioner as far forward to the front of the printer as possible. that will insure it will not interfere with the pulleys under the tray or the limit switch.

Adding the clip to the Y belt put increased tension on the Y axis bearings, and eliminated some noticeable slop in the bearings on the stock printer. The total cost of this upgrade was a few cents in filament and cable ties? Maybe $0.25 if you really rounded up?

This upgrade was well worth the effort.