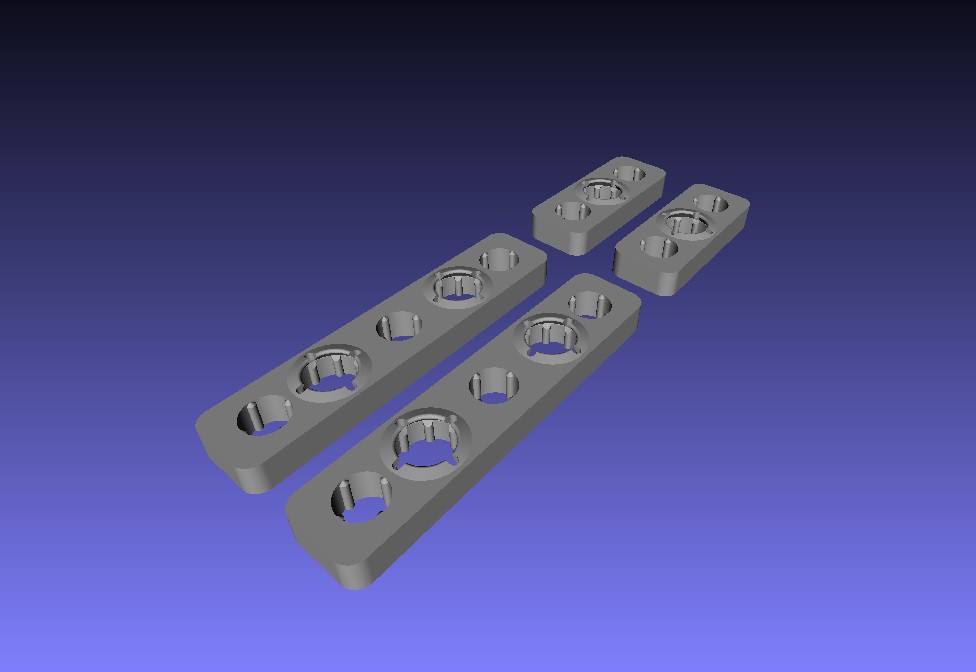 Get the latest version of this part on our Thingiverse Page right here: http://www.thingiverse.com/thing:1775502

While disassembling the printer to add some accessory wiring (to be explained in a future project log) we observed that the Z-Axis linear rods were somewhat loose. After inspecting the assembly, it was apparent that the 4 brackets which hold the rods in place at the top and bottom of the printer have a hole which each rod seats in which is slightly oversize. This is likely to insure that variations in part tolerances will not prevent the parts from fitting together.

The downside to the oversize bracket holes is that it allows for some play in the rods, which is magnified the farther along the X axis the hot end moves out. The gantry acting as a lever multiples any play in the rods. This issue can lead to defects in prints. Further compromising the design is the discovery that the rails are cut slightly shorter than the distance between the brackets, This is also obviously done so that the rails could be cut with loose tolerances and would always fit in the printer, but the downside of this approach is the rails can also move up and down in their brackets, as they float freely in the brackets with a small gap on the top and bottom. The combination of loose tolerances in the brackets and rods also contributes to making the printer noisy, as these loose rails tend to rattle under certain conditions. 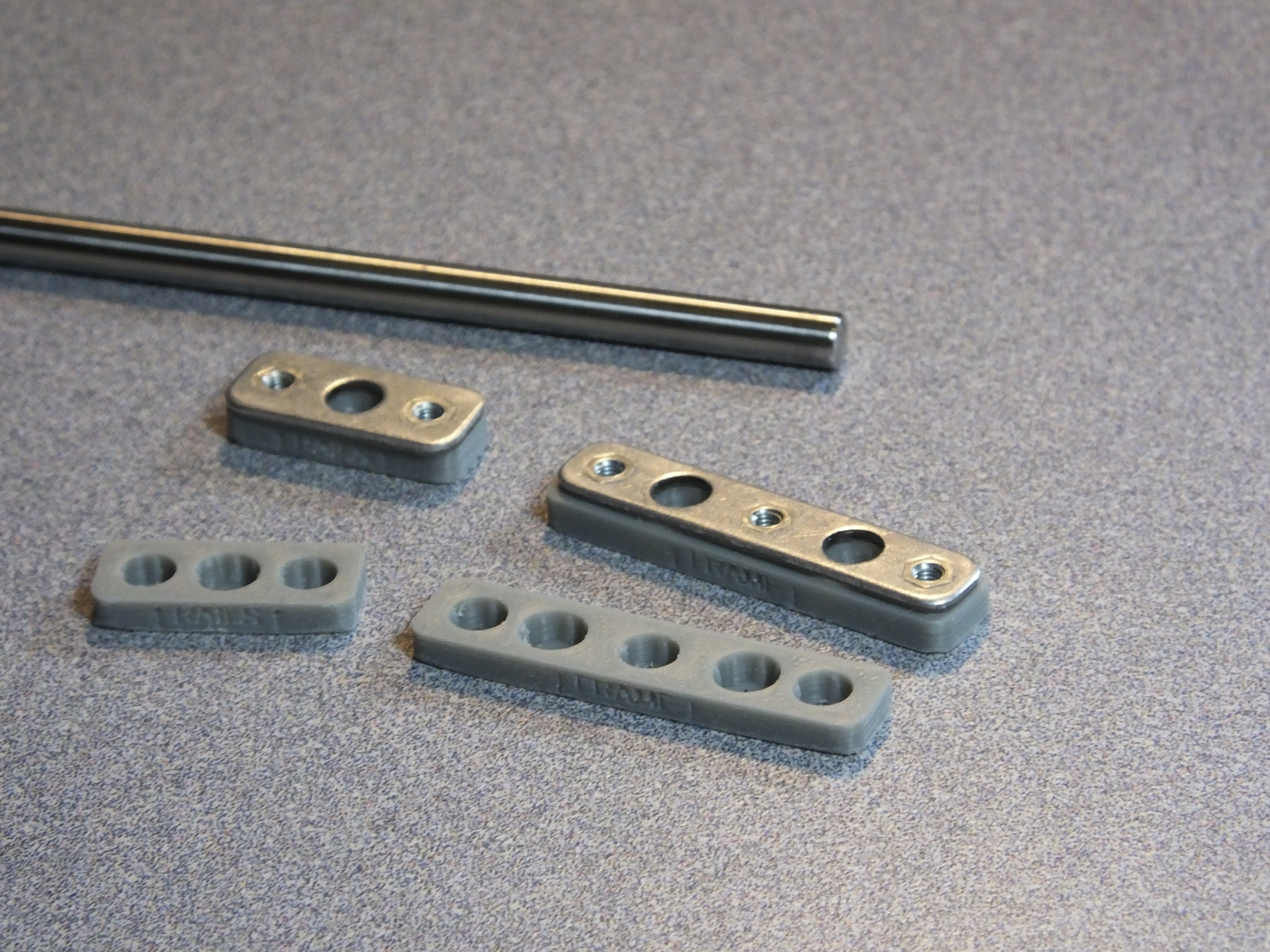 Our solution was to print some stabilizers which would fit under the existing brackets and through the inclusion of a tapered hole for the rods, the rods would be centered in the stabilizers and held firmly in place. These stabilizers were designed and printed but upon testing we discovered that variations in the lengths of the rods and possibly in the bends of the sheet metal enclosure would lead to different length of rod protruding into the tapered seat, so longer rods would push farther in than shorter rods. This causes the shorter rods to be held less firmly than the longer rods, so the stabilizing was not uniform depending on rod length.

Our second design solved the issues we discovered. The improved stabilizers eliminate the tapered seat for the rods and have a feature on the outboard side of the stabilizer which is designed to flex outward when the rod is inserted. This feature is tapered in a way that causes it to compress very tightly around the rod when the clamp is installed. 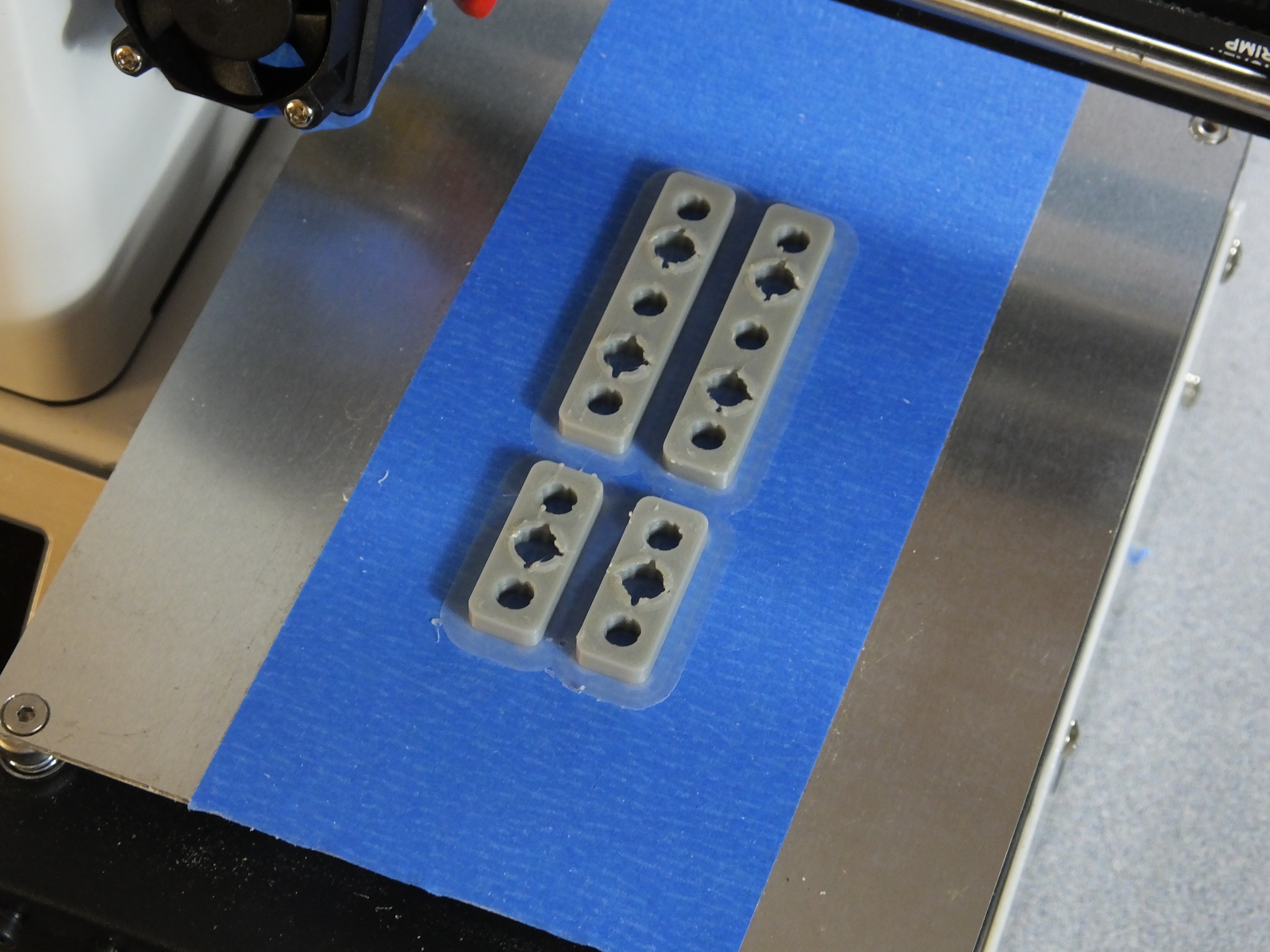 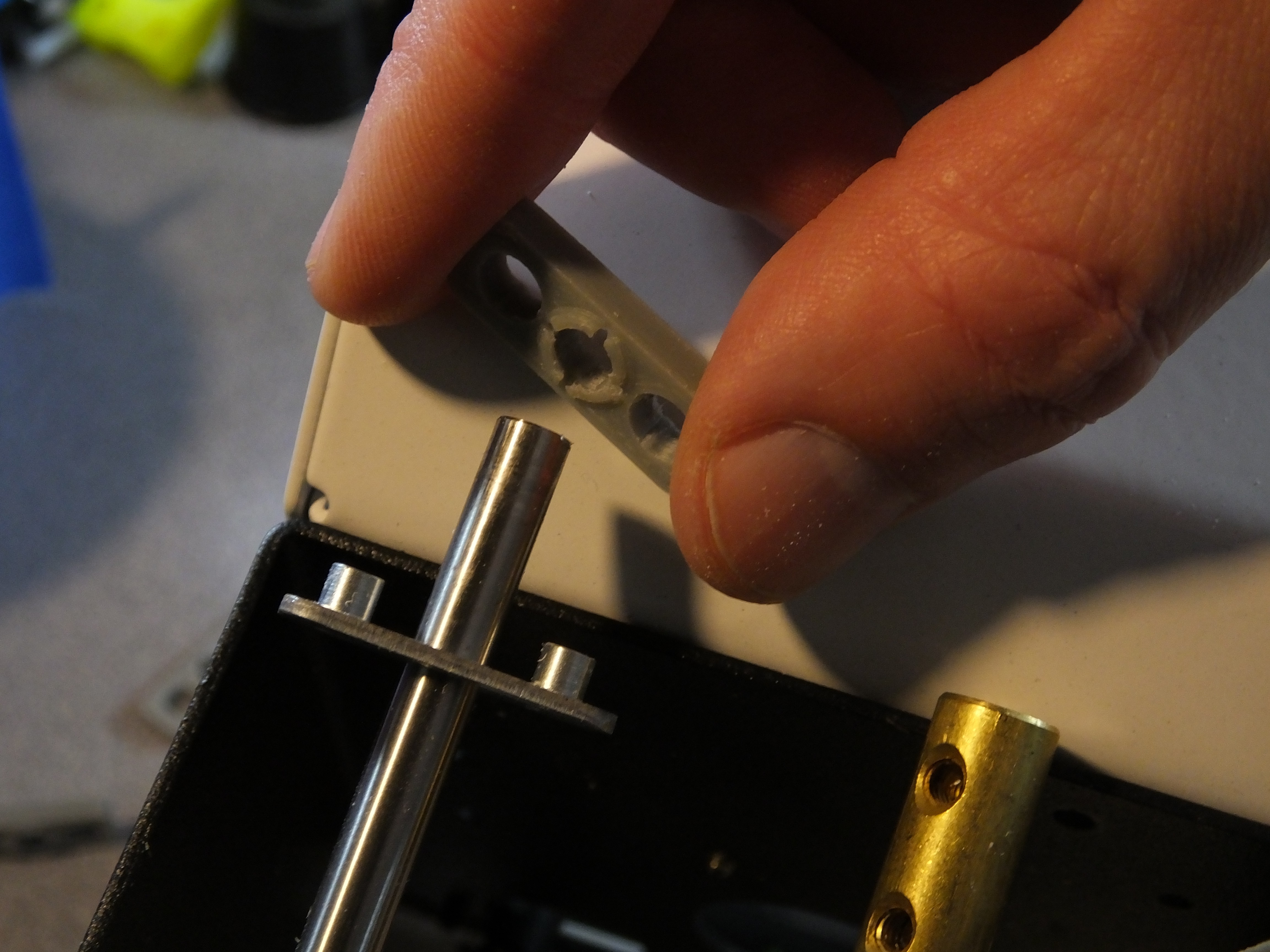 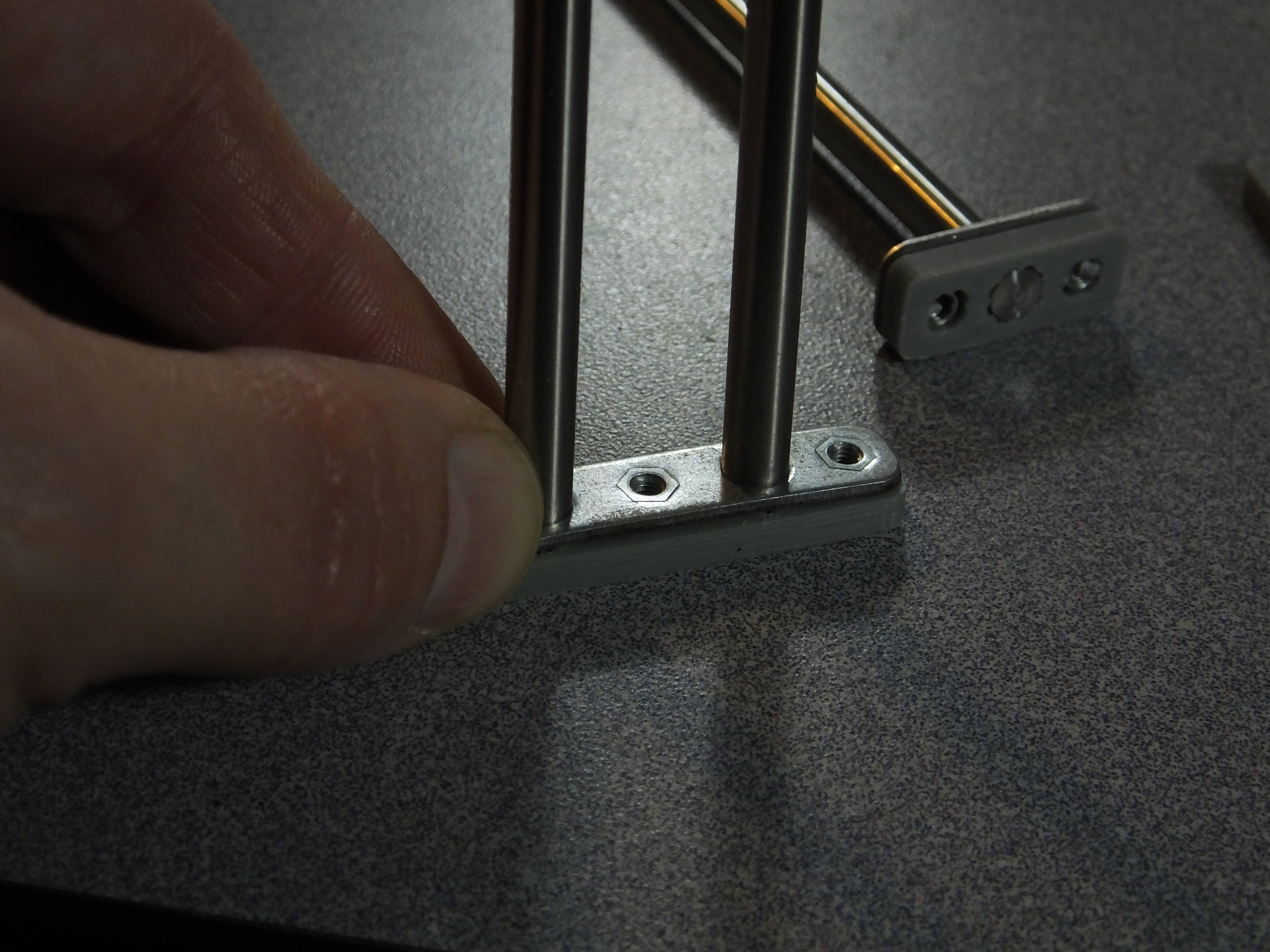 Now, you can reinstall the assembly in the printer tower. When you tighten the cap screws on the brackets, the clamp features on the stabilizers under the brackets will constrict tightly around the rods and secure them from moving. 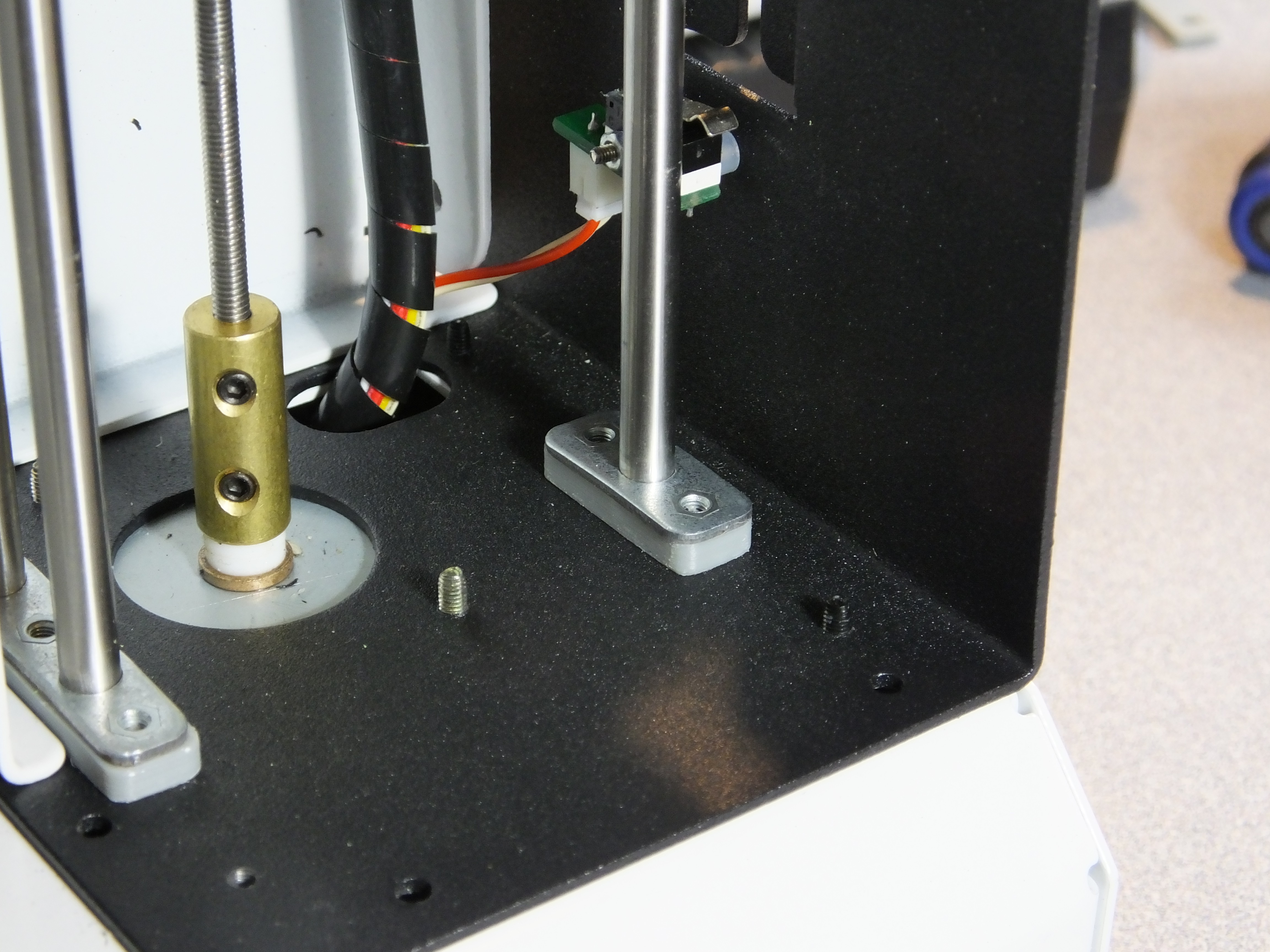 You can now reassemble the rest of the printer and you should see less play in the tower!

Congratulations! You've just made a huge improvement to the Z-Axis stability for a few pennies of filament and a little of your time!

I think they've fixed this in recent iterations of the Mini. I had these printed out and ready to install with everything else, but when I got to that part, it looked like they had added a couple of extra pieces of metal on all the posts that are just about the same height as this mod.

Thank you for the rod stabilizers; I'm printing them now.

On an unrelated note, today I figured out a way to change the gcode in my slicer so the bed and extruder heat up simultaneously instead of sequentially.  This isn't really a "mod", but it saves almost two minutes per print which is nice.

Figured it out.  The stepper motor was the trickiest part for me...

Is there a good video of how to to disassemble this to make this hack? I was directed here from this:

I really recommend this hack. The rods are firm and the rattling sound is gone. Thanks!

This is great! Will print this soon as I get home!