Testing the functionality of the sun tracker module

The suntracker is made from :

The idea with this sensor is to try to always keep the middle sensor higher than the outside two.  If you can do this , the sensor should stay pointed towards the brightest source of light in it's range, hopefully the sun. 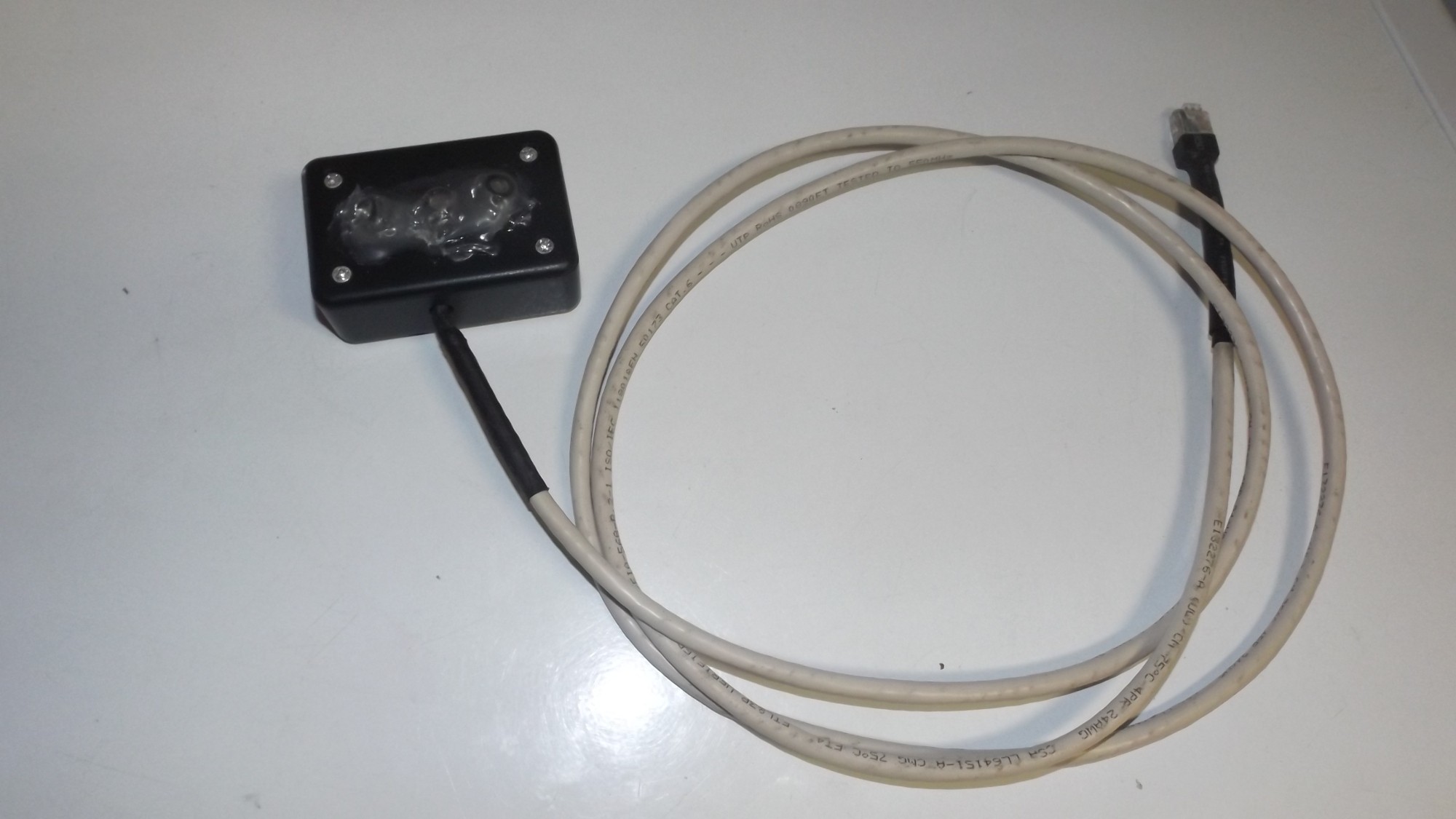 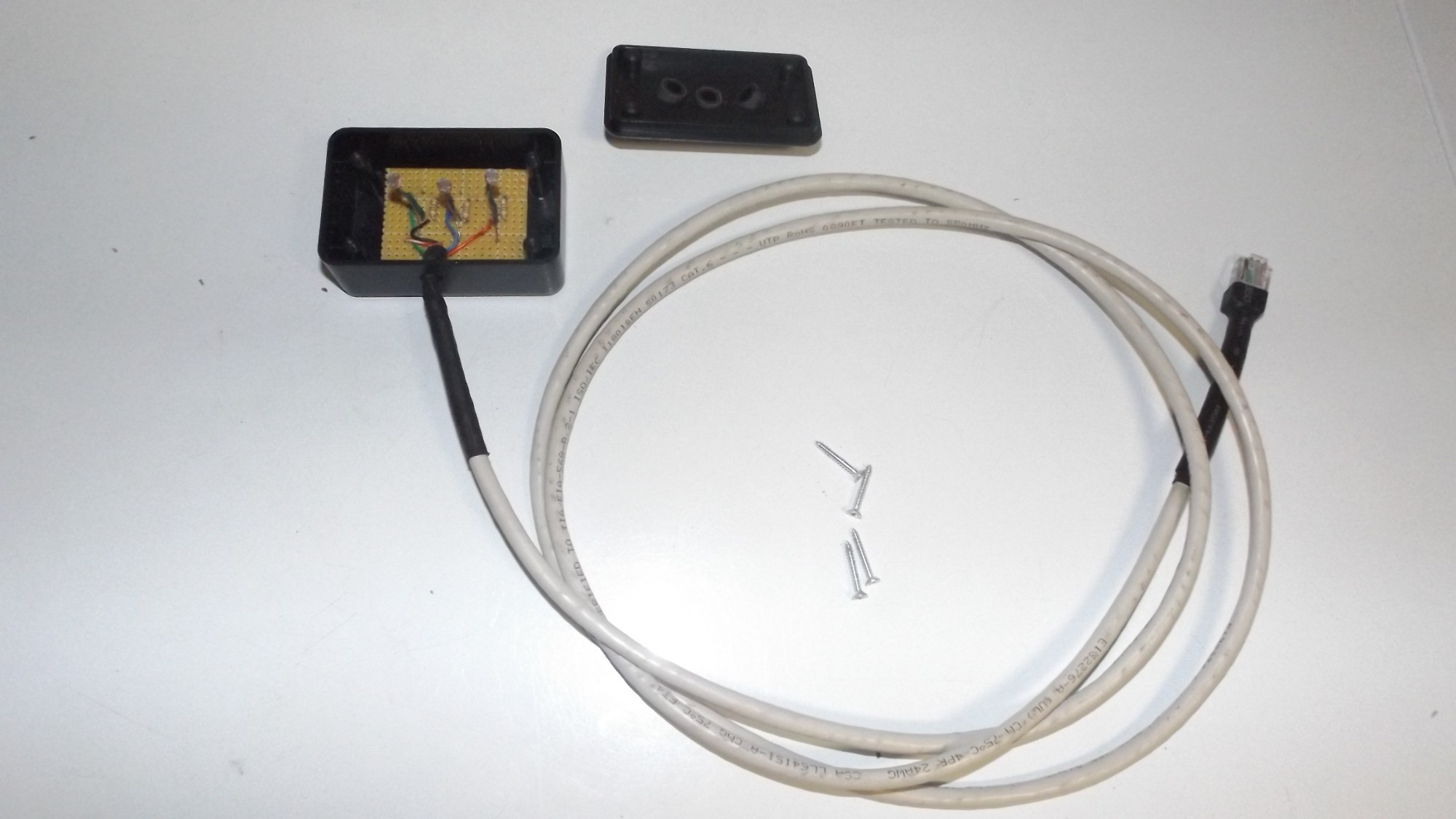 The two photo resitors  on the outside are angled away from the center to be less sensitive to direct sunlight and to be more sensitive to side angles, like a sunrise or set. 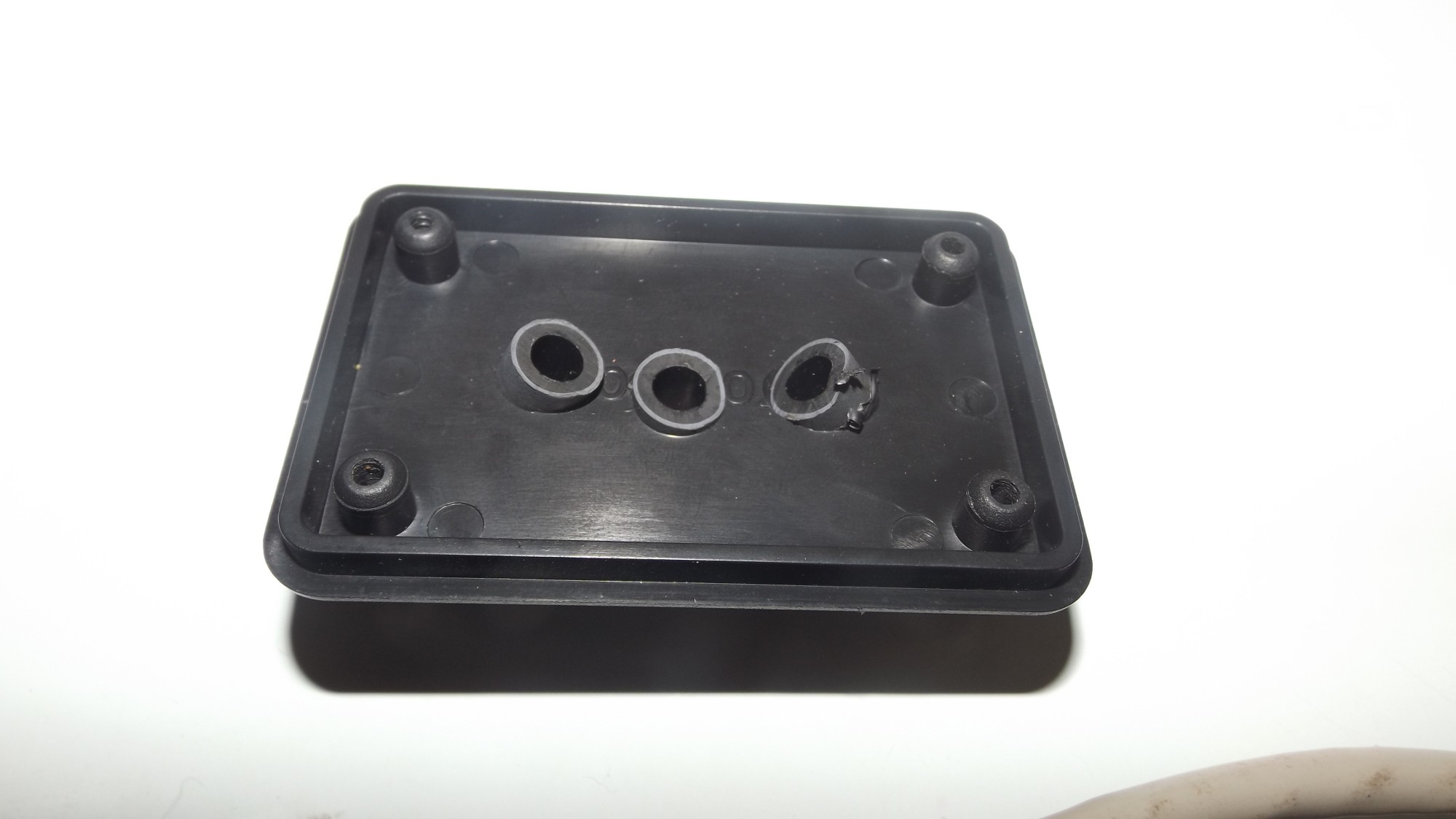 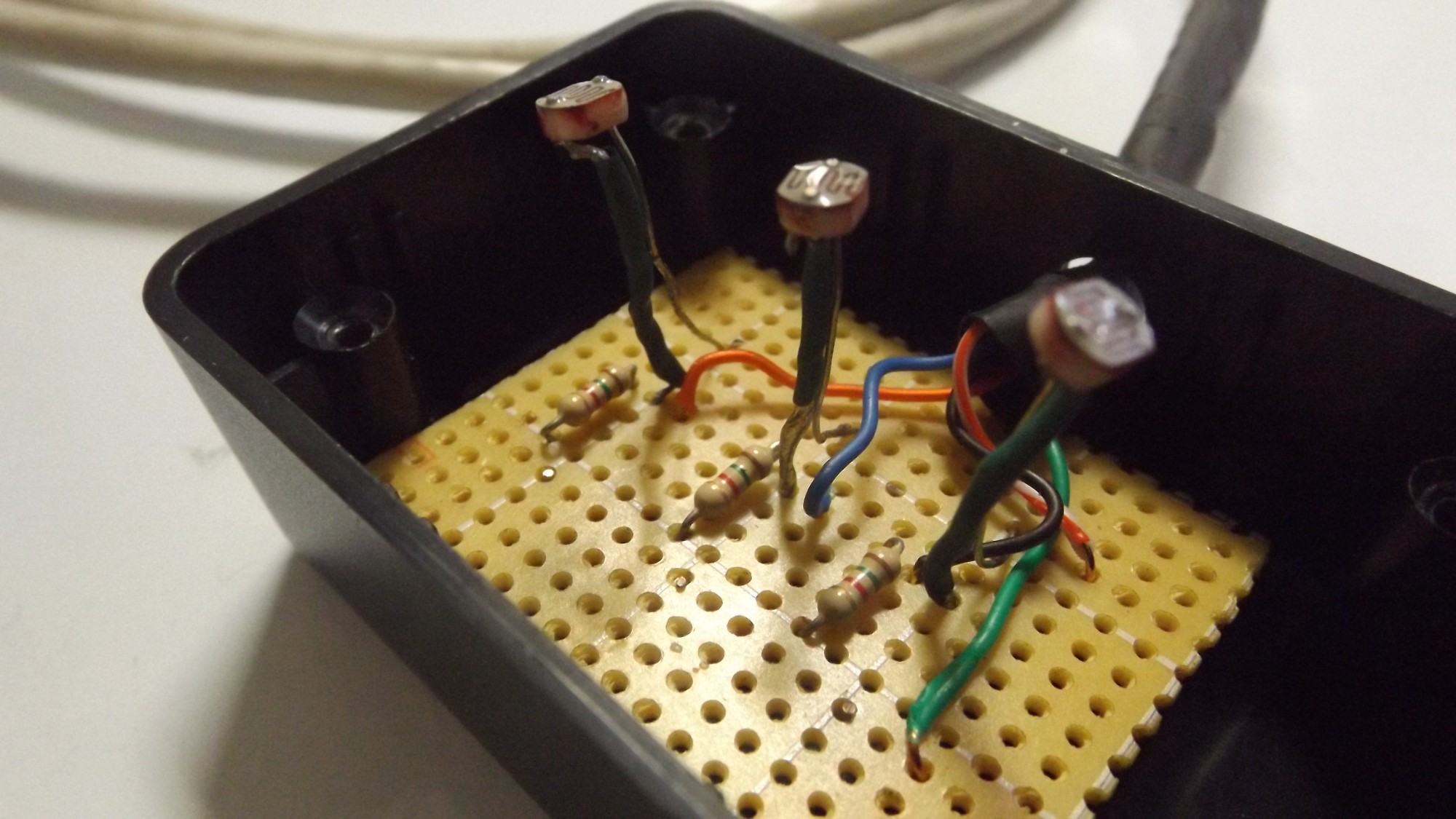 After trying a bunch of different photo resistors in the breadboard, I found that the sun was overpowering them and it was going to be kinda tough to have enough variance between sensors. I tried playing with different resistors, the solar garden lights with ldr's sometimes have a 15k omh resistor connected, so I tried 3 of those, or so I thought. 2 sensors maxed out in the sun and one was much lower, a reasonable reading I could work with.
Wondering what was going on I took a closer look at the board and noticed a red stripe instead of an orange one. 1.5K seems to work. So I changed them all to 1.5K. I'm sure this will vary with different photo-resistors so you will have to experiment, or dig into datasheets and do a bunch of math.

Hot glue holds in the tubes and diffuses the light, probably change over to silicone as the hot glue fell off the panels in the heat already.

I used cat6 to wire it all, rj45 for a connection to the box, I used heat shrink to help seal it up. The inlet and edges on the project box still needs to be sealed with some silicone.