Ok, I have come to the conclusion that in order for this to become a non-virtual reality (sorry, couldn't resist) I would need to progress it to the point where it generates interest. So.. I’ve shelved other projects and this will now take all of whatever time is left after work, a horrendous commute and family of four kids. (i.e. don't expect rapid results!)

I’ve ordered a load of line lasers, MEMS units and other bits which will be coming to me on a slow boat from China.

While I’m waiting for those I've been looking at photodiode detector circuits. The parts for this circuit: 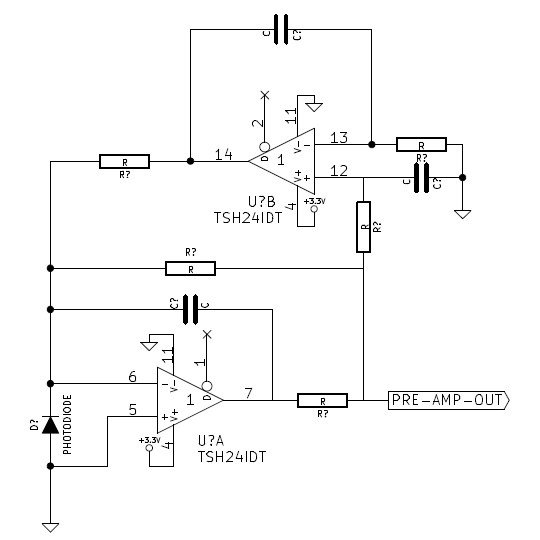 (originally from <here> and copied later <here>) are on order as it looks the most promising starting point for the input stage initial design. Hopefully it will bias out a lot of the ambient light current but let the modulated laser current through.

It has to be said, I’m nervous about getting back in to proper analogue electronics.
Next log