Detect "Thing" and Lift It

Fling the thing with a catapult, find it, bring it back, repeat.

Now the Ping detector finds the thing, the claw grabs it, lifts it, then drops it and lowers. I still do not have the wheel motors hooked up yet. 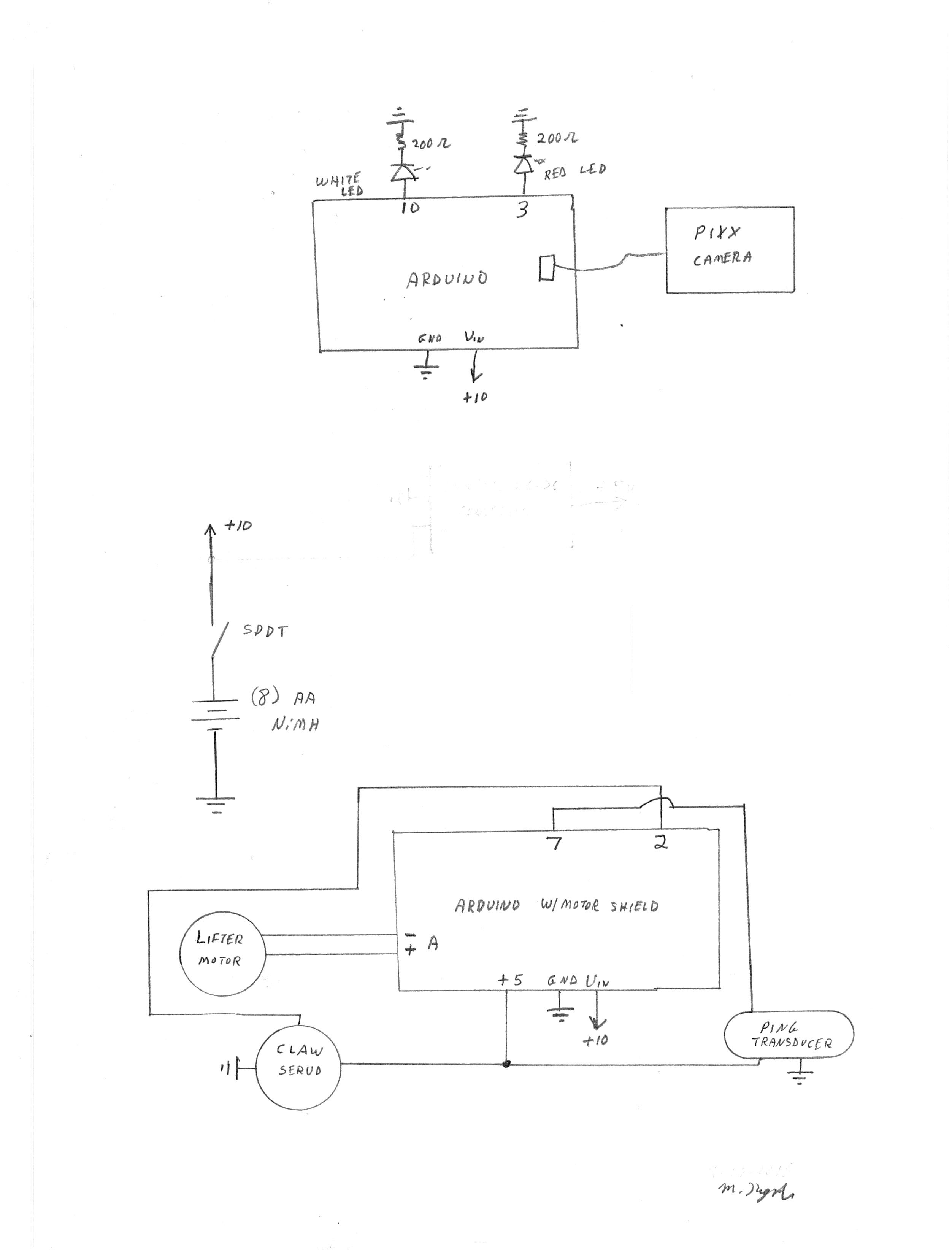 I had to remove the DC to DC converter because it created electrical noise that prevented the Arduino from operating properly. I did not have such problems with Mato, but Mato's 9000 farads of capacitance probably had a damping effect on electrical noise. The ping controller sketch for the Arduino is available on this site.

I secured the ping wires to the lifter using a tie wrap--to prevent them from getting into the wheels. 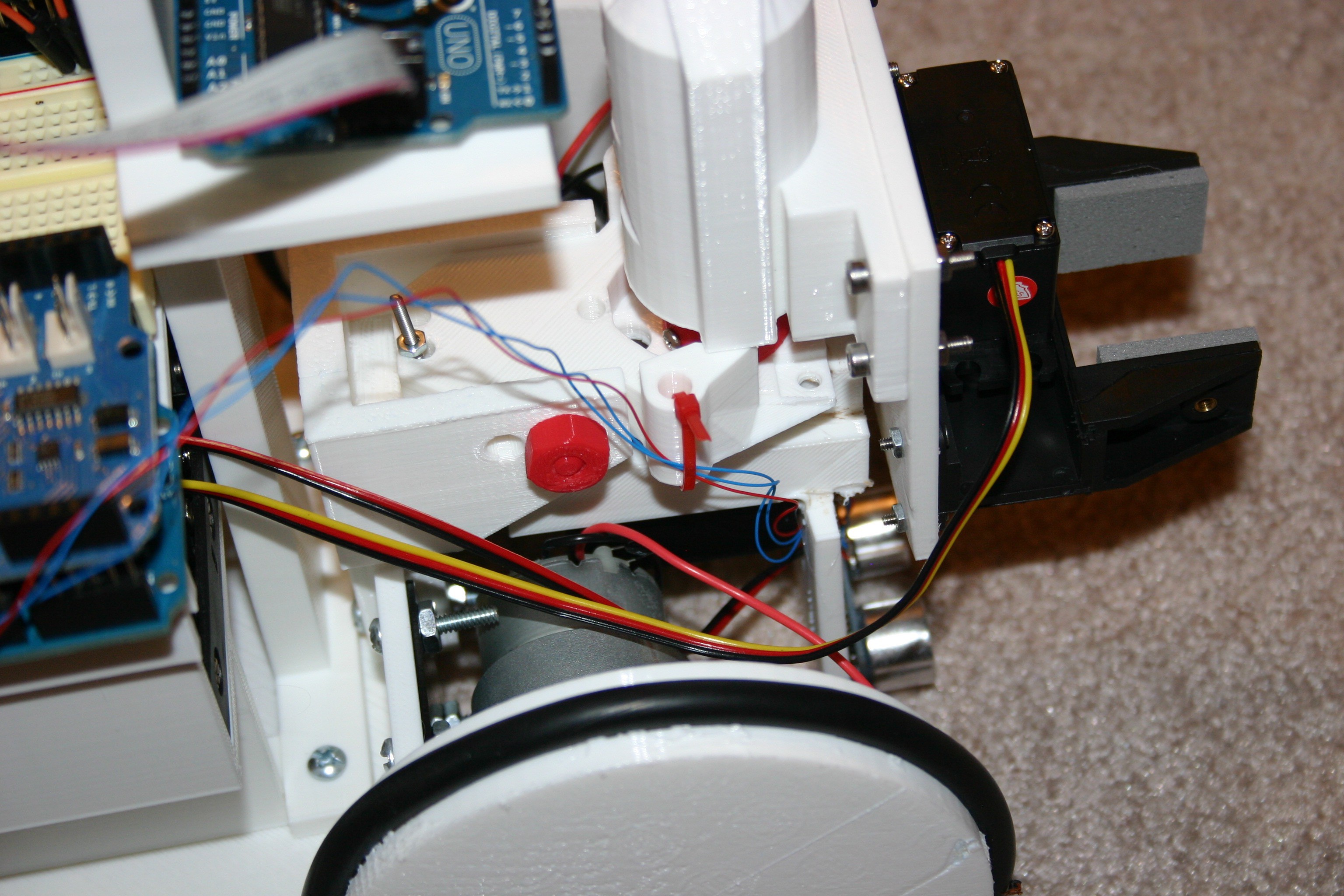 The rest of the connections are made primarily with jumper wires. 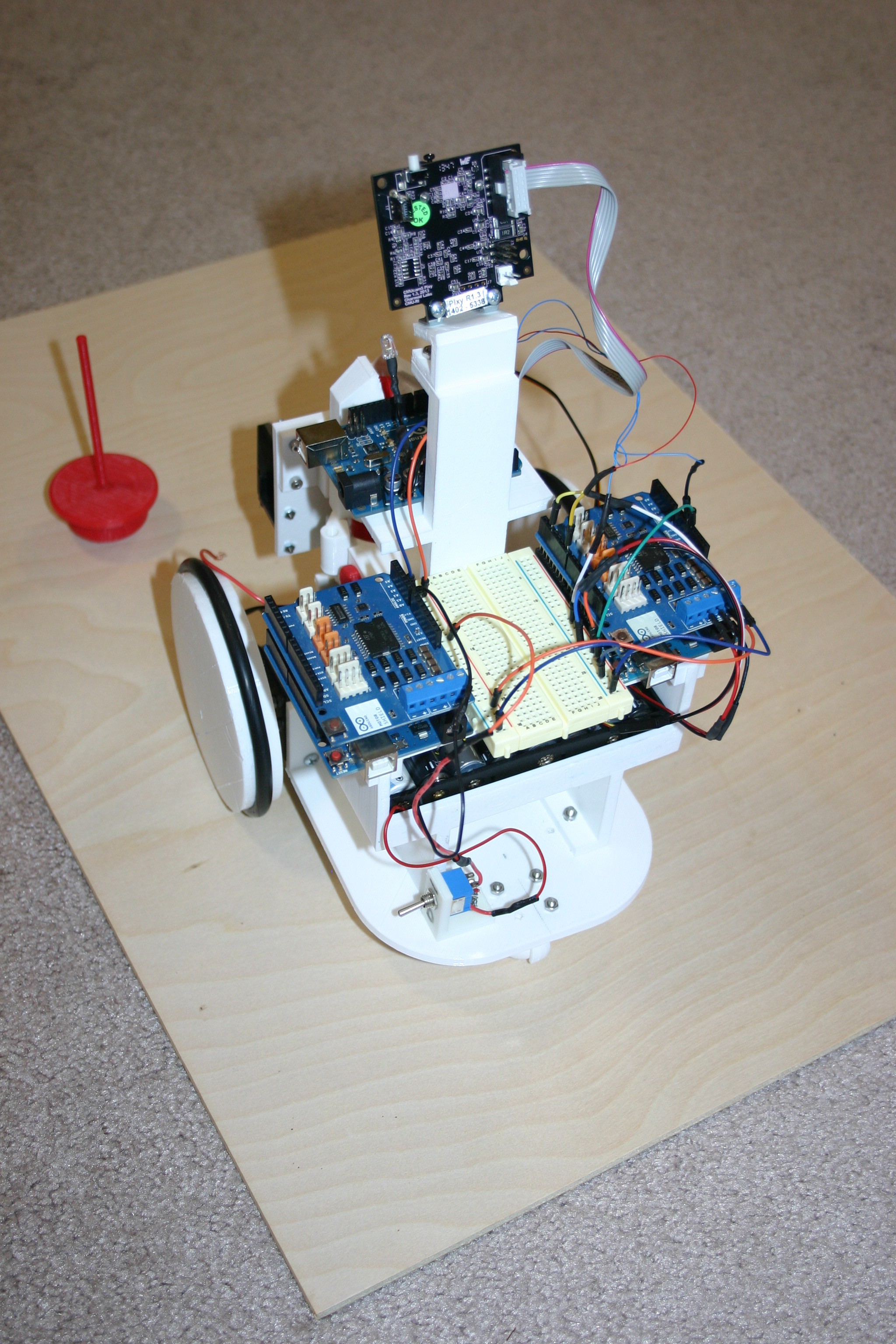 Vision for the Fetching Robot