A DIY gaming handheld for fun and education

Every LameStation is a journey where kids can explore the inner workings of their very own game console. By assembling it from scratch, they get to see how every part works. By writing their own games, they can discover how a computer works from the ground up. You see your kids' eyes glued to their screens anyway. With the LameStation, you want their eyes glued to the screen, because they're learning and playing at the same time. LameStation is the perfect addition to STEM classrooms, after-school programs, workshops, and more!

Think of LameStation as the lowest common denominator: it’s the bare minimum hardware that you can have and still make good games with.

What does that mean? When there were opportunities to add more, we added less!

Kids are inspired coding on a lame console, because they'll be surprised how quickly their games start to look good. This is completely unlike programming a bigger console or PC game, where it can take years to make a game that looks kind of good.

This thing looks and plays like an Atari or classic Gameboy, but it has an easy-to-use, modern processor, so you won't need a degree in computer science to use it. On the contrary, it's an awesome way to get one.

I know what you must be thinking. It's too good to be true, right? How can anyone do that much with that little?

The LameStation difference? You can and will learn how to make games that are smarter, faster, and closer to the metal. As you learn more about the platform, you can do more with it, and LameStation will be there to help you get there.

The LameStation follows a simple, straightforward design, using circuits that could be found in any Intro to EE textbook. 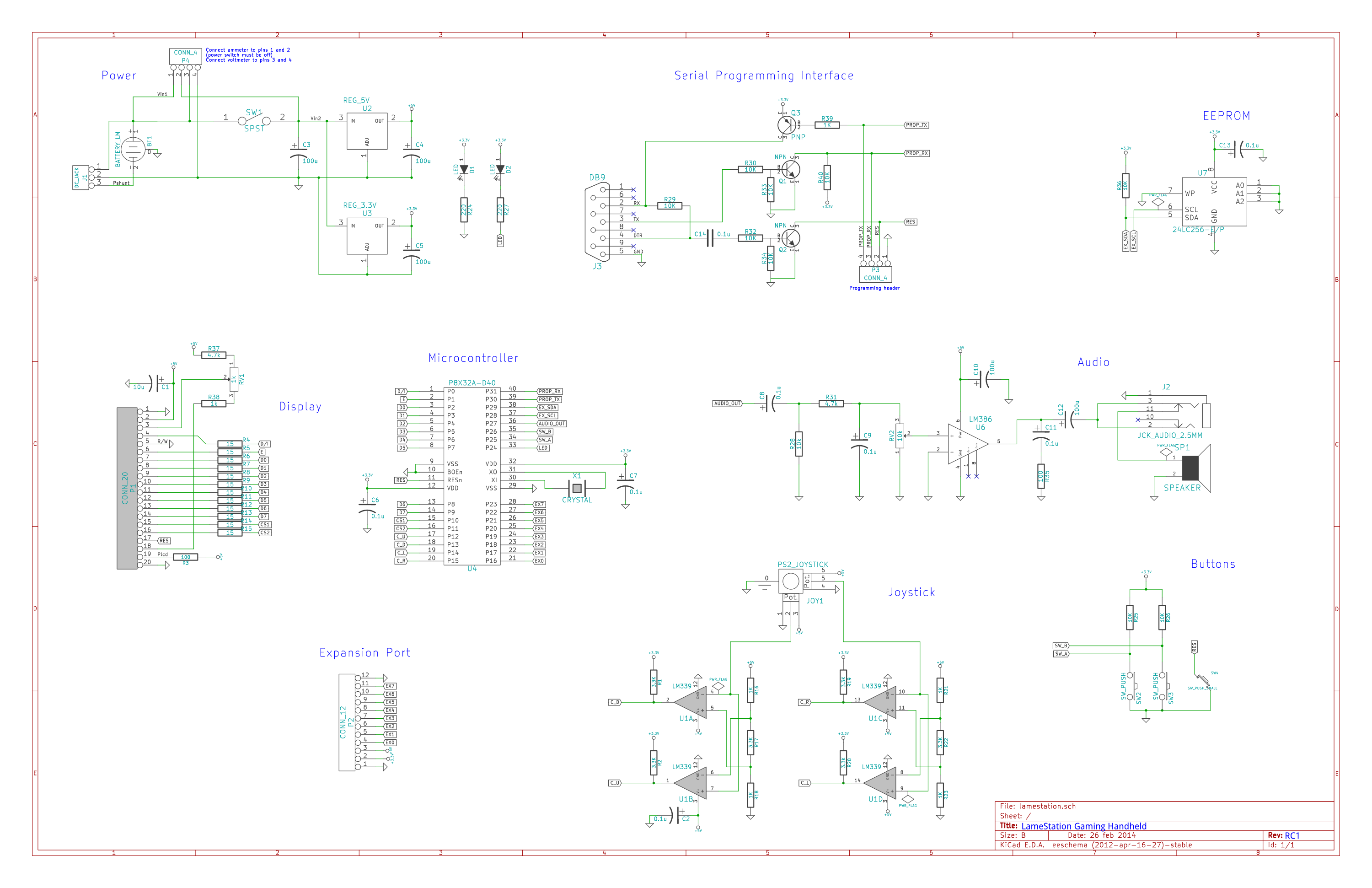 LameStation is designed to be built from scratch on breadboard or LameStation PCB. 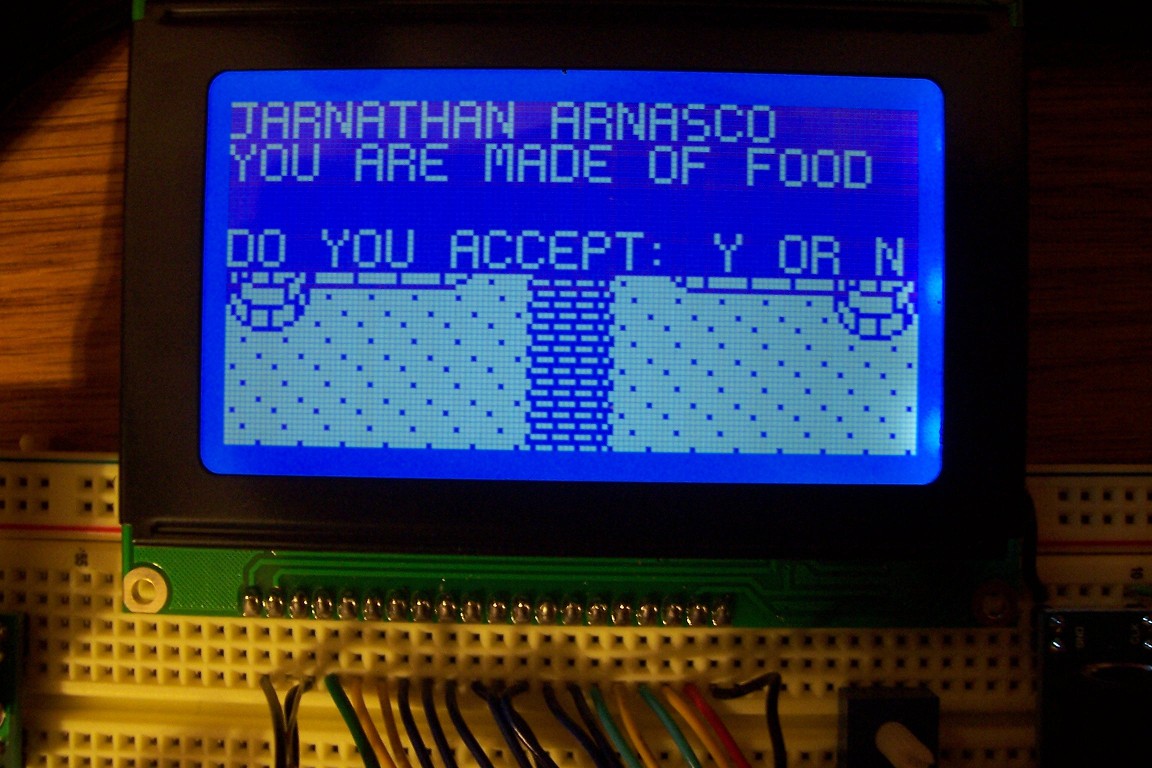 The SDK consists of a few core libraries and is designed to be small, fast, and easy to learn. These libraries are supported by plentiful example code and numerous games written using these libraries.

Here we have Frappy Bard, the most awesomely original (hilariously original) game that no one has ever heard of ever.

The following code is all that's needed to boot the board, set up the graphics system, and draw an image to the screen.

Click here to see how you can create an entire Snake game in 107 lines of code!

It's such a cool project. I also think that children should learn about technology while playing. By the way, I am very interested in creating courses for teaching children and teens programming. Currently, I write for the https://uk.edubirdie.com/assignment-writing-service tasks for college students on tech topics. I want to help students in their studies, and, perhaps, someday teach programming.

Is that just a normal mono LCD, and you're using flickering to get the extra shades? Interesting how the paler shade ends up red, while full ones are blue and white (well, clear).

Why are you using an analogue joystick, with a comparator to give digital output? If the Propellor doesn't have an ADC, why not add a cheap one? Or even do the famous IBM PC / Atari paddle hack? You have a capacitor that's charged through the potentiometer on the stick. Simple digital I/Os control discharging the cap to 0V, then connecting it up through the joystick's pot to +V.

The amount of time it takes for the cap to charge, depends on the stick pot's position. So once the cap's connected up to start charging, you run a loop, counting the time it takes.

As I implied, it's how IBM's analogue sticks worked, from the first PC up through the Soundblaster and any old motherboard with a 15-pin PC-standard joystick input. And also Atari's paddle controllers. Though not Atari's joystick or Driving Controllers.

Since you've already got the comparators, it'd be pretty simple to reconfigure it as a resistance-to-time convertor.

Seems like a keen way to get into the Propeller platform!

Thank you! The Propeller put me through school and I've always dreamed of introducing it to more people. :)

1.5k 11 9
A system of parts and a computer that would allow development of Atari 2600 games using older hardware.
Project Owner Contributor

Atari 2600 development suite for a hackerspace.