Nutube amplifier has an evolution with Class-D technology

A project log for Amplifier project by Nutube, a new vacuum tube!

You know VFD, but may not know this VFD. It can amplify signal!! Yes, it is a TRIODE!! 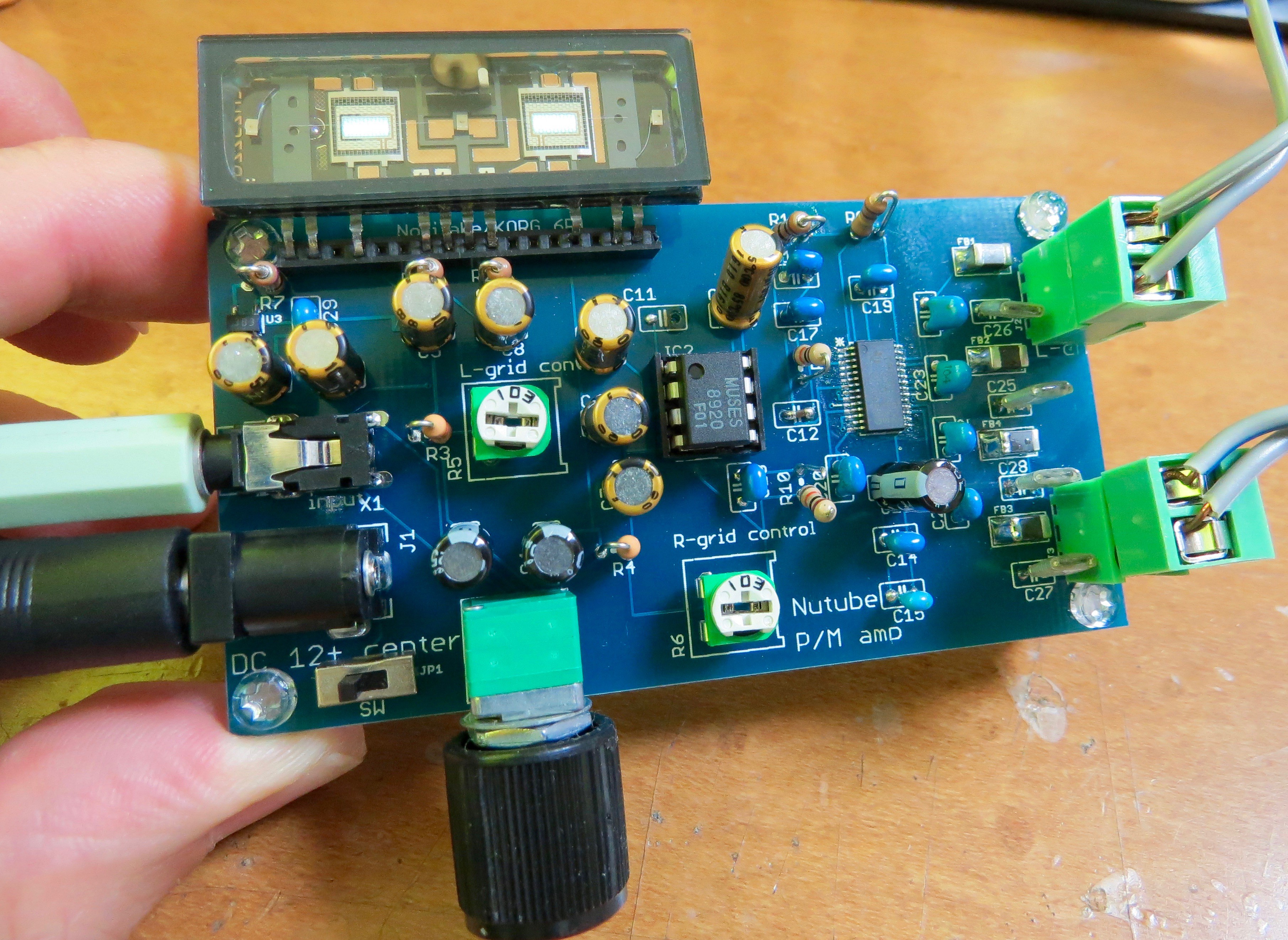 Now my Nutube amplifier has an evolution. My previous one was a headphone-driving application but it will be very fun if we can have "Nutube sound" through speaker!!! Here comes the next one! Nutube Pre/Main amplifier!

Here is the schematic. Basic design concept is, "as much as, as is from Nutube". The sound from Nutube is transfer to speaker out as is, and additional component would not have additional "coluor" to sound. It consists of three stage. The first stage is made of Nutube, working as a kind of "analogue signal processor", generating rich "vacuum tube second harmonics sound". The second one is an impedance converter by JRC MUSES 8920. We may omit this stage if input impedance of the next stage is enough high (it requires more than 100 kOhm) but the next stage amp has that of tens of kilo-ohm so I inserted as well. The third one is Class-D amplifier by Texas TPA3110. This tiny chip provides 15W x 2 output. By nature, class-D produces a wonderful sound by very simple circuit. As a whole, it is working a "21st century amplifier supported by lots of modern technology".

Actual operation can be found at following movie. As same as my recent creation, I have a plan to sell this kit at tindie. Stay tune!~

Can we make PURE vacuum tube amplifier by Nutube?

What input interfaces could we expect ? USB ?unbalanced/balanced