The TIL311 had a alphanumerical brother the TIL305. This was a 5x7 LED matrix in the same form factor. Similar to #PICTIL, which is replacement for TIL311 this can replace TIL305.

This is more a fun project, or side project of #PICTIL. There are still original TIL305 available. And also other pin compatible parts (like LTP-305). But only with red or green LEDs. Also the character size will be bigger with reDOT. 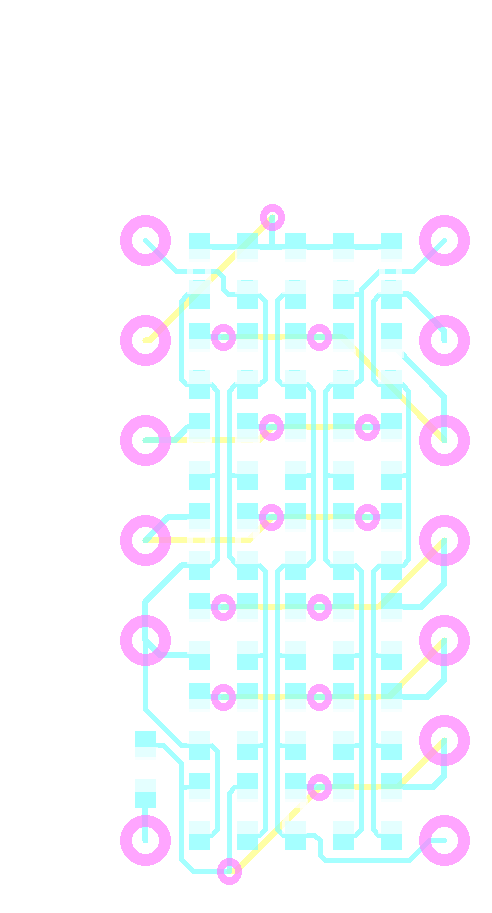 If you want to try building it and soldering some 0402 LEDs, you can get your own boards from OSH-Park:

But order them on your own risk. The boards do not full fill OSH-Parks design rules. With 5mil traces and spaces they are a little bit smaller. But for me that is more a prove that they can handle also 5 mil, which fits much better in my normal grids.

when ordering parts: consider that normal pinheaders do not fit (to thick pins), but 1,27mm pinheaders with pins removed do fit good.

Did you try to built one?

Yes. And I failed hard, had to reorder the leds, they came saturday... I must put that on my ToDo List :D

:( With some practice 0402 should work. But to be honest my first 0402 component soldering failed also.

without a stencil for the solder paste it's just trial and error for me :) maybe later this night I'll be trying again, certainly this weekend. 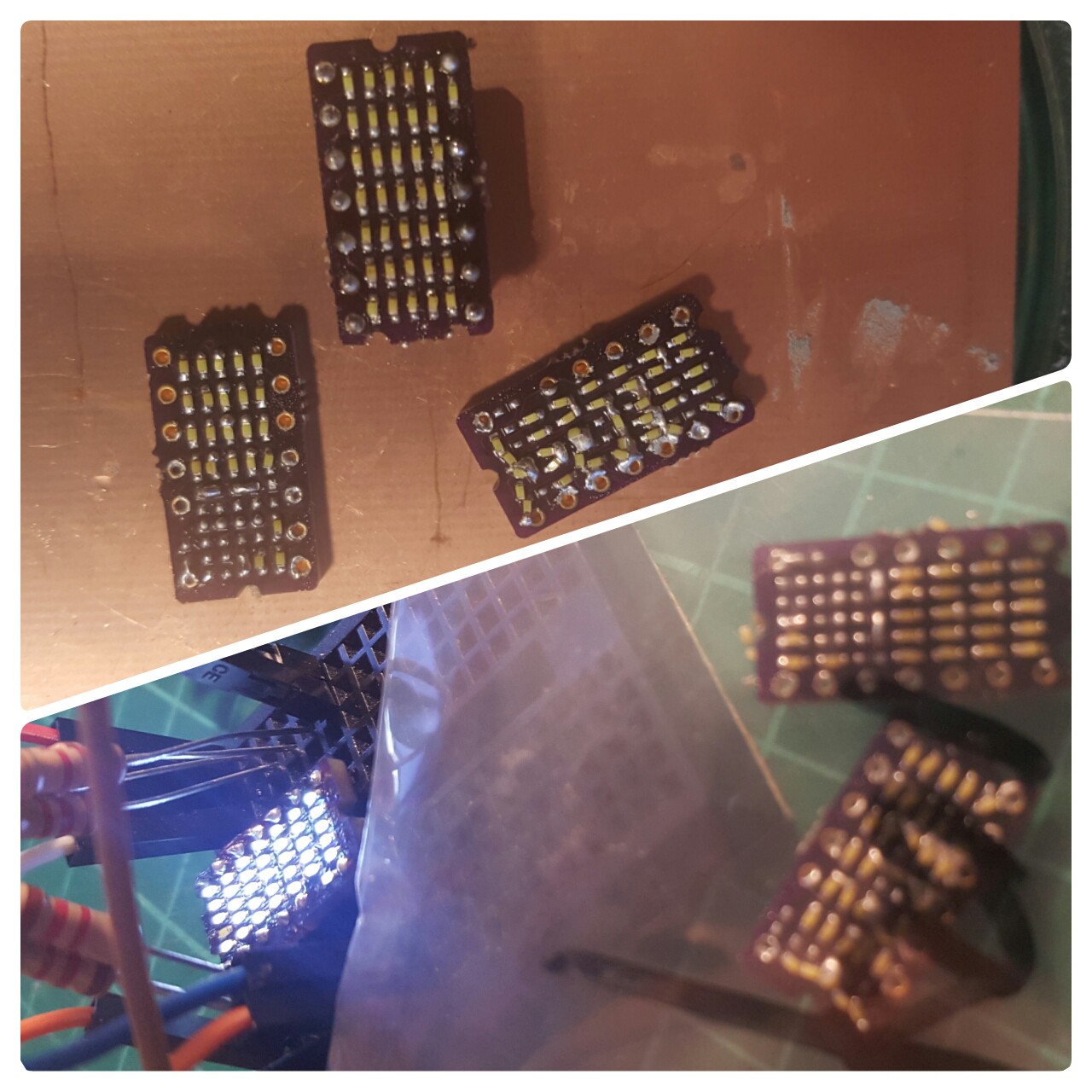 Fixed the one LED not shining so I have one working :) the other ones I'll might redo when I need em.

Congratulation! As far I know you have now the 3rd working unit. And white is a nice color choice.

now that you say that, I thought I've bought warm white LEDs :D oh dear. I might add some 2K epoxy later to make sure it keeps working.

and I've just ordered green LTP-305 from pimoroni... nice work, I might order some.

Hehe, I was also thinking of ordering some LTP-305. but I hope this will look the same or better. And I can use more exotic colors like white or blue

totally in for some blue ones - maybe in some red epoxy for a purple shine.

They're also much bigger, bigger is better. Case closed :)

Do or Donut SAO

The 2015 Hackaday Prize
LED based flexible panels that are 2,4,6, and 8 LED wide
Project Owner Contributor