An intelligent table that walks and knows where it is, via wireless RF network integration

A table where the four legs are connected to the main body via a set of Hoekens linkages.

The table is dynamically stable and the table top moves with constant velocity, so as to be optimally gentle to any payload that might be on the table.

The final table will be position-aware, and controllable via RF. It will have sensors on the feet near the floor for obstacle detection and weight sensing. The internal spine will be articulated so that the table can turn corners. The table top is isolated from the moving carriage for center-of-balance positioning, it may ultimately include vibration and impulse damping, either passive (springs, shocks) or active (positioning motors).

The term “Quadralope” actually just refers to the walking mechanism. The original plan was for a larger one, an “Extralope”, whose job it was to walk around the yard and keep deer away from the flowers. I had hoped to make it wind and sun powered… and one day… maybe that will happen.

Due to this pedigree, the mechanism was desired to be able to run off a single crank for the main motion, with steering as an auxiliary mechanism. This is possible but difficult, especially when the yard is not level (which it is not) and more mechanism is needed for those adjustments.

Indoors, however, floors are generally pretty level, and a much smaller machine is required. The photos show a mockup of the mechanism with no motors or electronics mounted. It simply demonstrates the mechanism. In this setup, each leg may be controlled by a separate motor, thereby putting the coordination in the domain of the electronic control system, not a mechanical linkage connecting all legs. That’s quite a bit easier.

The legs do not walk in paired contrapositive motion. Instead, since each leg is independently controllable, several gaits are possible. The one I favor is a dynamically stable, three legs on the ground, one leg moving. (There is a momentary position where all four legs are on the ground. That is good for a “parked” position) 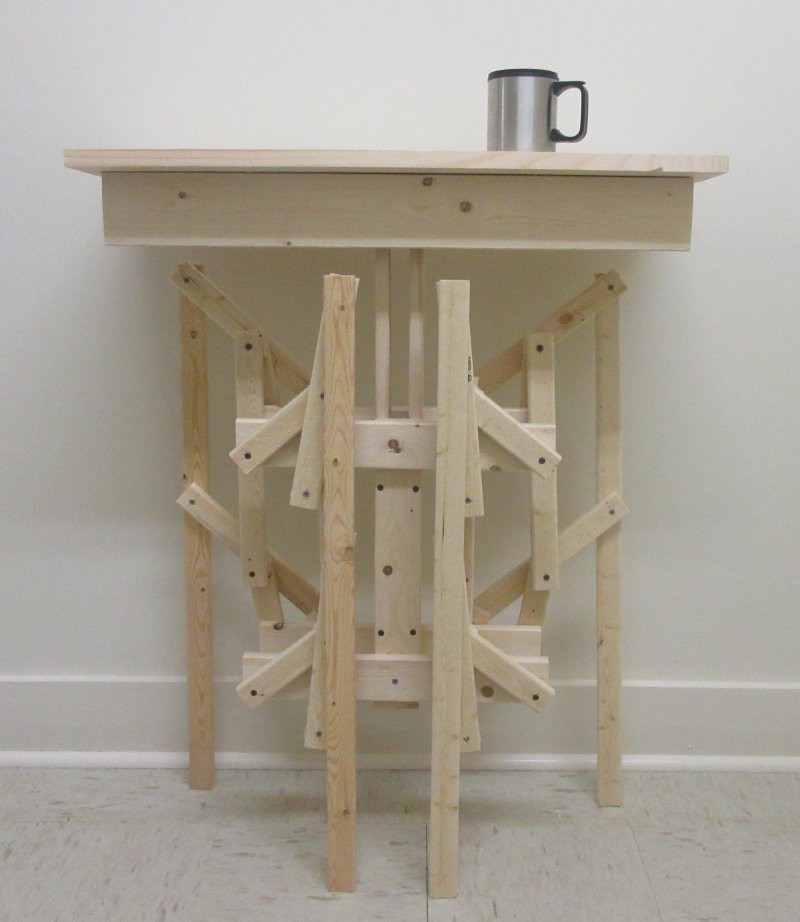 In addition to the walking mechanism, there is a mechanism to “float” the table. The Hoekens linkage was chosen because it approximates constant velocity linear motion, and does so quite well. However, while the whole mass may be able to move at a constant velocity, the central support body does not. Therefore, a table or other payload mounted to the support body will have a compensatory motion. 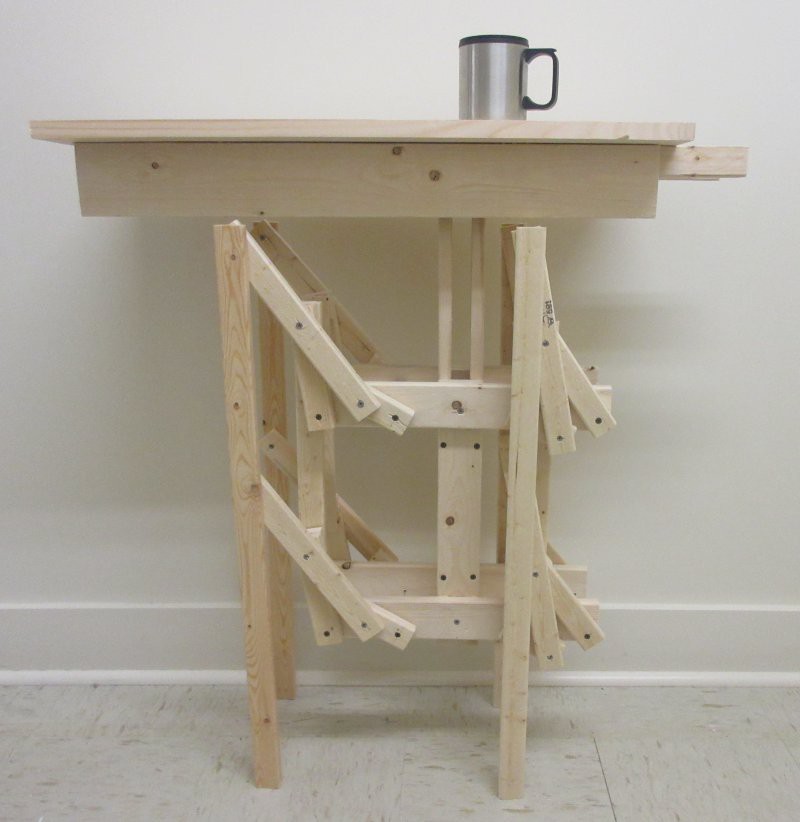 This is desired anyway, since I wanted the table to move its center of gravity, to always lie within the triangle described by the three feet that are on the ground, for maximum stability. The gait is chosen so that when there is a leg switch, an adjacent triangle is formed, and at that moment, the center of gravity traverses the border between the old triangle and the new. There is a bit of overlap for certainty, which is possible once again due to the individual leg control.

I intend to add sensors in the legs near where they touch down, for object avoidance and weight detection. Additionally, this will be connected by RF to the Reactron network. Since that network knows where I am, it should be possible to have this table bring me my cup of coffee. I also have voice control of the coffeemaker, so that is a plus.

The photo depicts a walker that is a bit larger than what I intend for the final design. I think it should be a bit narrower and spindly. This tabletop measures eleven by thirty inches. I’d rather have a table top closer to eleven by seventeen inches. With many of these things roaming the hallways, It’s good if they are narrow. I will program them to move about when I am not in their vicinity, except when they are delivering something to me, so as to avoid collision of their existence with mine in a bottleneck like a doorway, but if some unexpected condition occurs, I don’t think these things will be very fast in moving out of the way.

But we’ll see - maybe they can be very fast. with constant velocity motion, they may be able to move very quickly. I think practical concerns will dominate here.

This walker was built using low-quality pine and deck screws with Polyethylene tubing bushings. (It’s what I had around, and it was just for a mockup.) 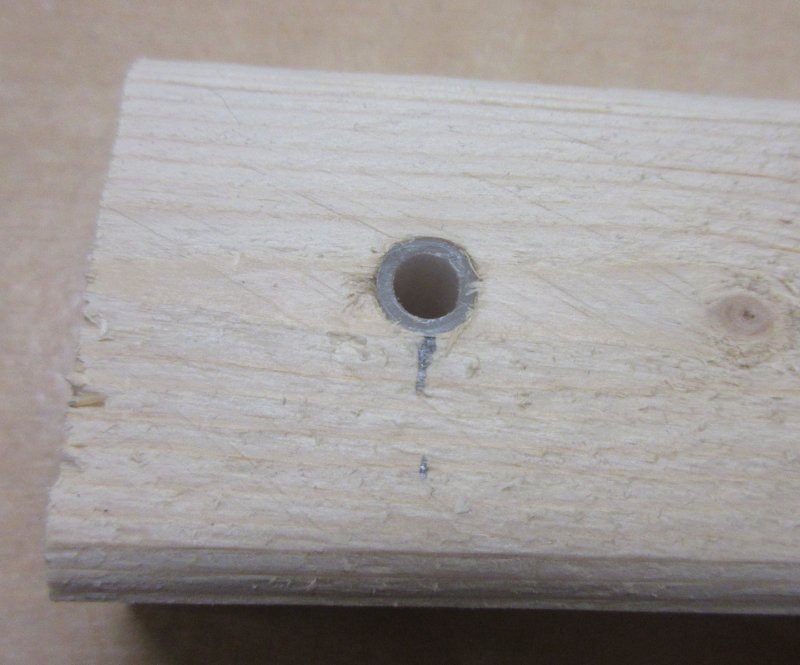 I want to make the final thing out of a nice hardwood like oak or maple, dimensionally stable and durable, and have it basically be a nice-looking, unobtrusive table that fits into the decor, when not walking around.  Maybe it will be unobtrusive when walking around as well, if the avoidance programming works out well.

Here's a shot of the walker with the Reactron Kitchen scale on it.  Now, the system knows...

I have a ridiculous idea for this.

Include two BLE things on opposite sides. Then, when it senses that your phone is closer to one than the other, have the table walk that way until it either hits a wall or the sensors give almost-equal reading.

Yet another turntable for photography