Making books accessible to all kids

Think of it as video game console, except it plays books that have been turned into movies. The Raspberry Pi w/ KODI, hard drive, and controller are all housed in a $5 dollar Ikea box. This box is not connected to the internet, so all books were put on a small hard drive. I drilled holes for the buttons and used zip ties to attach everything. I heavily modified KODI to make it kid proof. It is cheap and easy to build and can connect to any HDMI TV or monitor. I found hundreds of Caldecott awarded books made into movies and converted them into mp4s. Kids can preview or review over 300 books that we will be reading in class during the year. This console makes hundreds of books accessible to kids with a wide variety of learning disabilities. Going forward, I'd like to try to make this project cheaper and smaller by installing a Pi Zero into a NES controller.

I've been working on this project for 16 years--It started as a listening center for my kindergarten class. I've been on a quest to create a crash proof easy to use digital library that kids with special needs can access. Every year I update it.

I started with headphones and audio tapes, but found the audio tapes fell apart quickly. Here is a link to an early listening center: 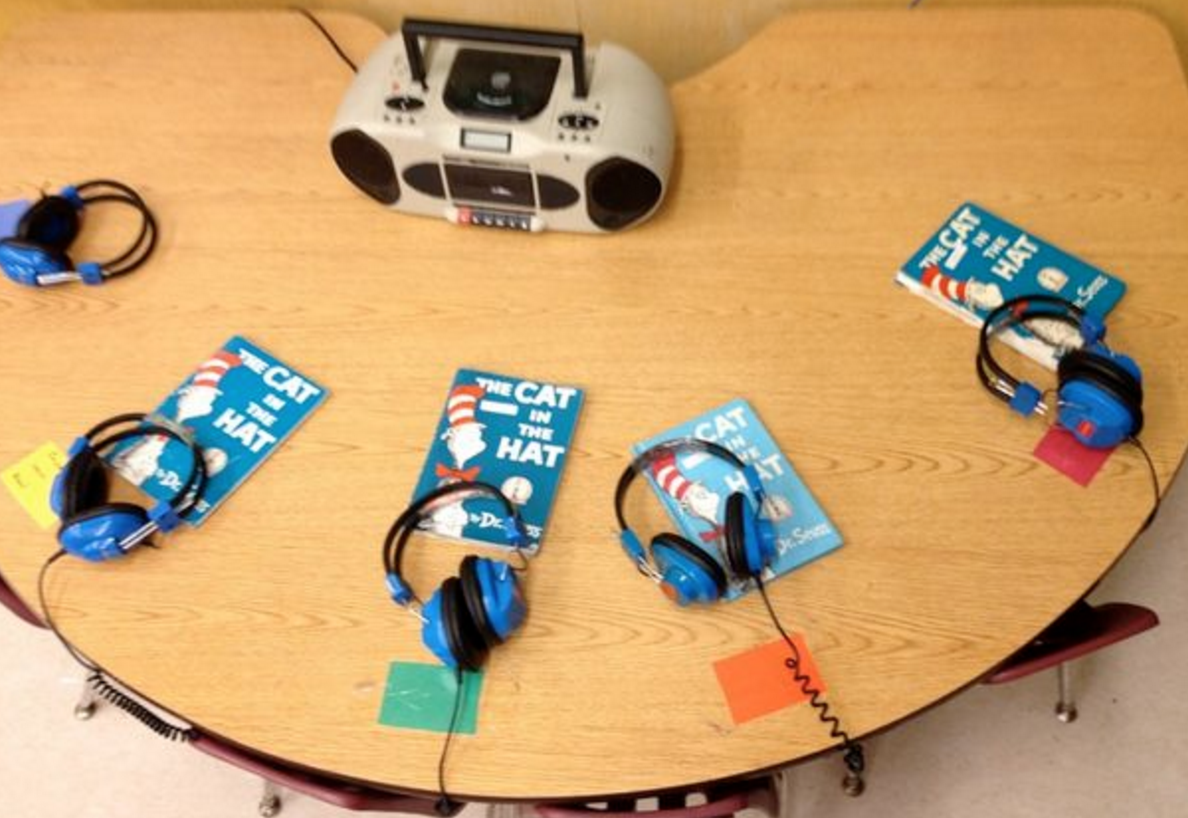 I moved on to DVD's, but found kindergarten students destroyed DVD's pretty quickly, so I began converting the DVD's into mp4 format. Because my library was so large, kids had a hard time navigating it and and a mouse input led to a lot of crashes, so I began developing peripheral input devices that kids could use. Input devices for students with special needs should be crash proof--this input device should be able to help limit where users can go in an operating system, it should also be easy to use by a students with a variety of fine and gross motor skill needs. One current device in my classroom has been in use in my kindergarten classroom for one month. It's got giant buttons that are easy for all students to use. It's still not perfect. The thumbnails load very slowly and it has crashed once. It has a Raspberry Pi 1 at its heart. I use a Pro Trinket to connect the buttons. The library is stored on a 32 GB thumb drive. The operating system on the Pi is a heavily modified KODI, so kids can't get into things that crash the computer. 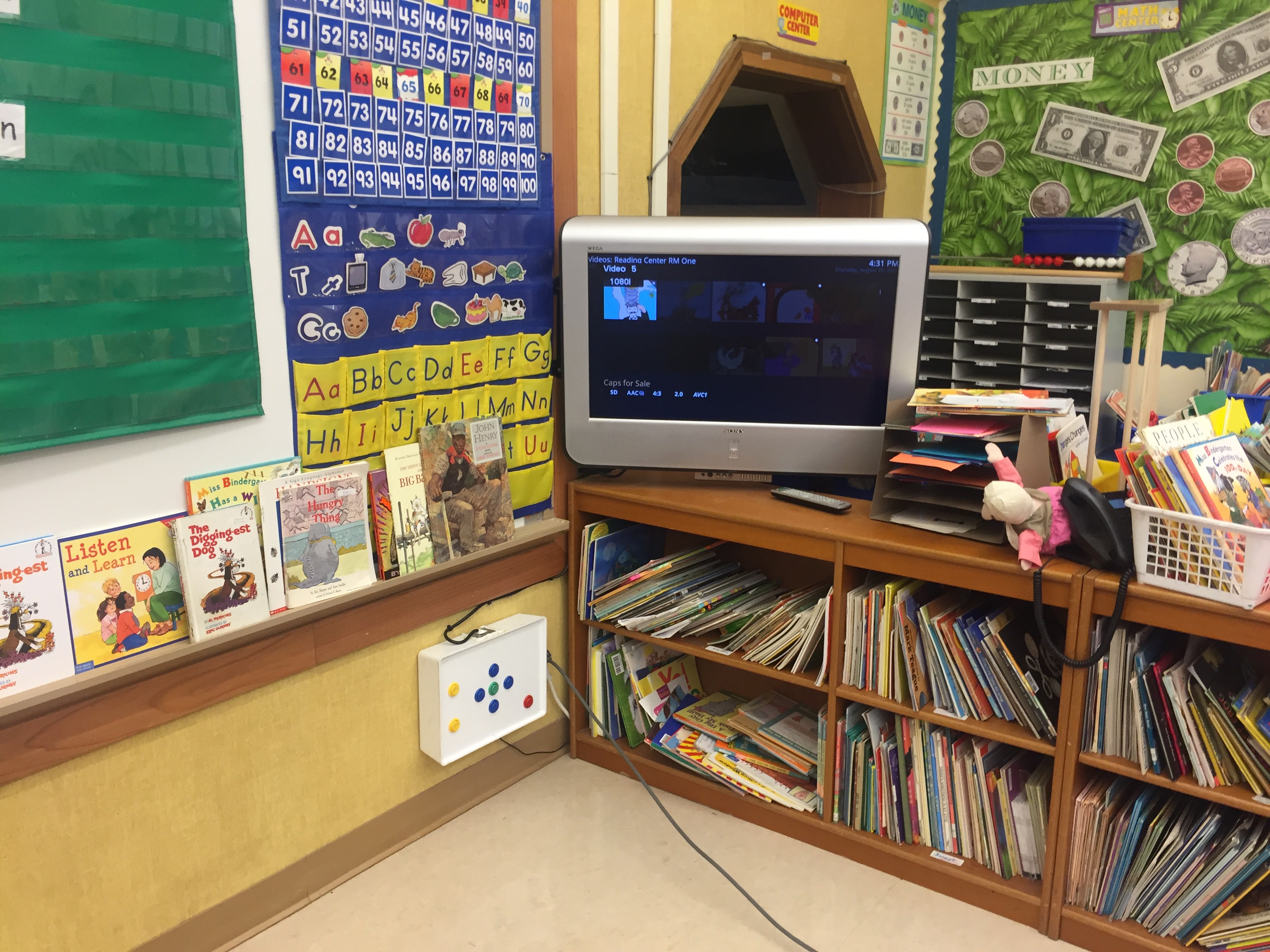 A second device that I've been working on uses an old i-mac computer, a USB NES controller, and a key mapper program to remap the controller. This system has not crashed at all. The i-mac is fast enough to quickly load thumbnails and responds to student input very quickly. Clearly the NES controller is the easiest and most reliable way for all students to use. But even an old i-mac is still too expensive for classroom use. I want to create a device that teacher/parents can use for around $20. See bellow 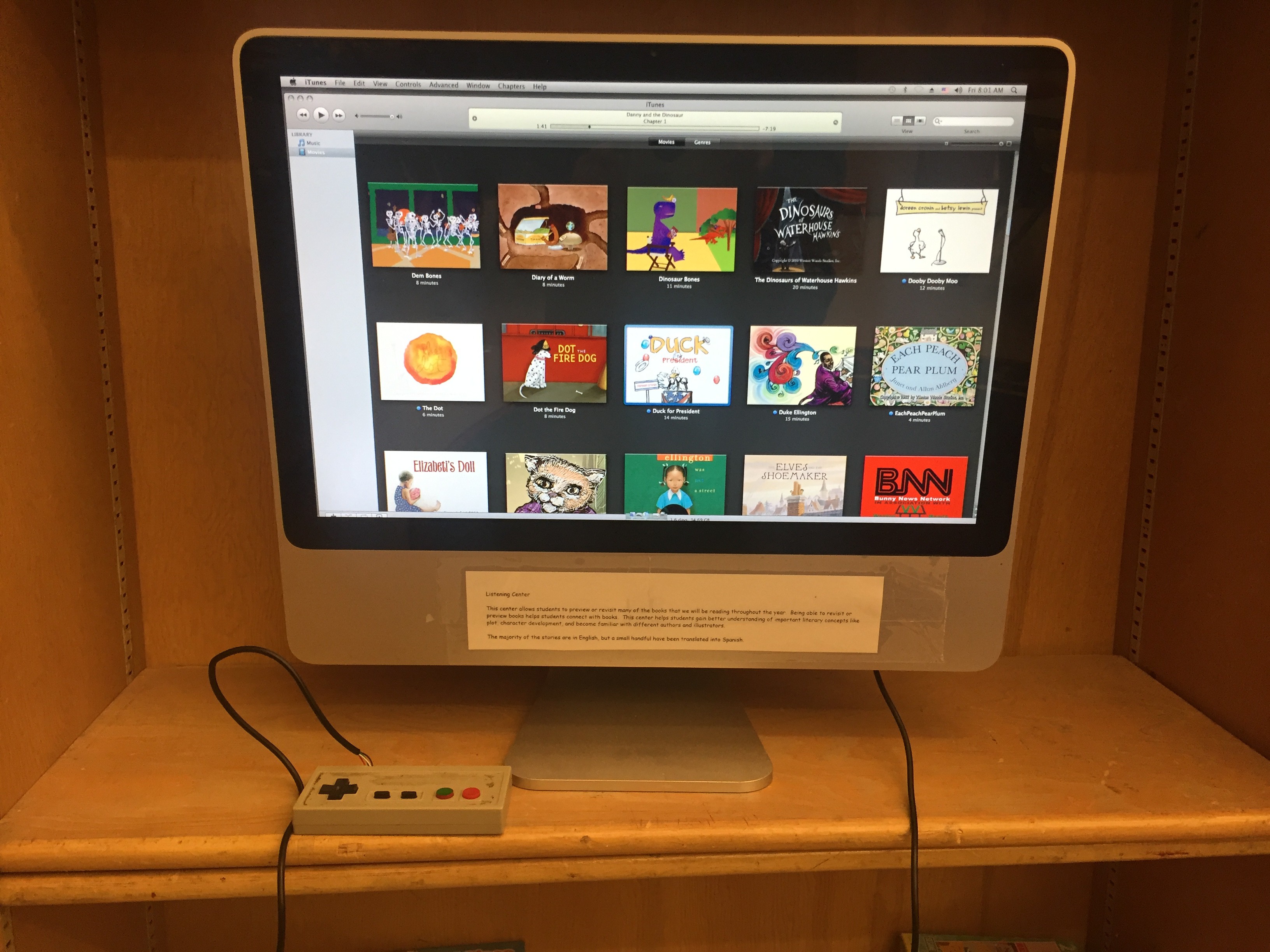 For my next project, I hope to make the input device much simpler/cheaper by using a Raspberry Zero installed in a NES controller connected to a TV. I'd like to control KODI through the raspberry's GPIO's. Editing the source code to listen/respond for button inputs from the NES controller. I think this design would be universal, cheap and easy enough for other kindergarten teachers to copy. All teachers have a TV in the classroom, so this device could easily be plugged in most classrooms around the world. 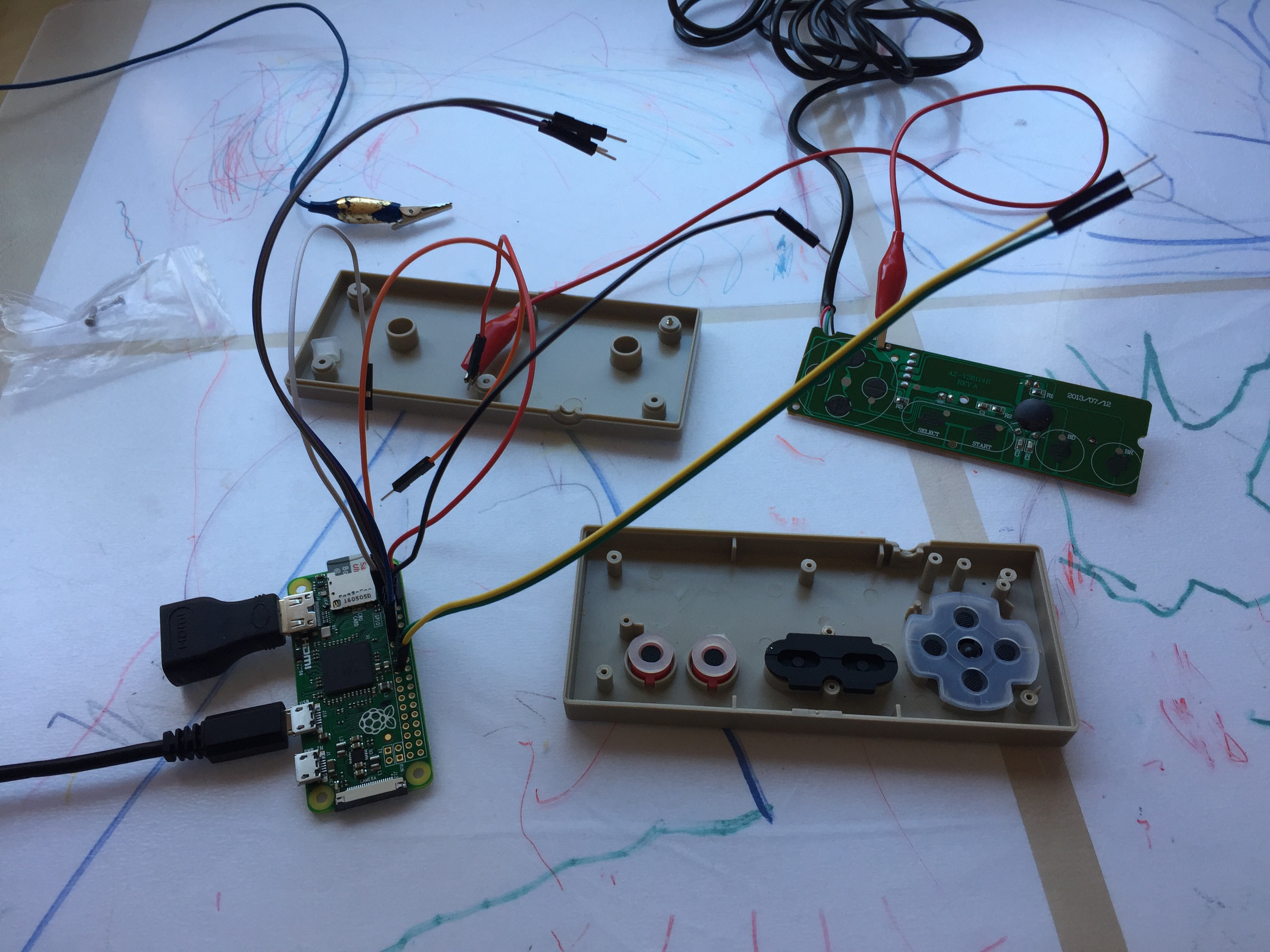 That's an amazing idea as kids should have access to great literature. Thanks to the similar educational resource in college I found an if i stay summary. Reading this summary at  https://freebooksummary.com/category/if-i-stay I loved this book and was happy that I found it there. That's amazing when you create such great educational services.

Creating a command arm for teaching kid about farming. Interfacing a joystick and touchscreen to farm sim 19.
Project Owner Contributor