The Ramrod Tool Sorter is a machine that sorts and stores small tools for easy access and cataloging. Uses OpenCV and Open Hardware.

The Ramrod Tool Sorter is a machine that should help make small tool storage and access much easier. Using OpenCV, an embedded computer, and a scanner, this machine will be able to store and recognize tools, as well as dispense them when needed. Eventually, Ramrod may offer support for barcodes and QR Codes as well as normal tools.

The very first part of the project involves use of a scanning device and/or a weight sensor to obtain an outline of the tool shape. The tool outline will be filled in, and the tool area will be used to calculate a rough estimate of the specific tool. Using the estimate and standard graph theory, Ramrod will attempt to identify the exact tool. The tool will be stored in a small case inside the machine, and the case will be emptied when needed on the top surface.

Tool withdrawal will occur through voice recognition and will support network access and use of the front panel screen as alternatives.

Ramrod will be using Open Hardware and OSS. 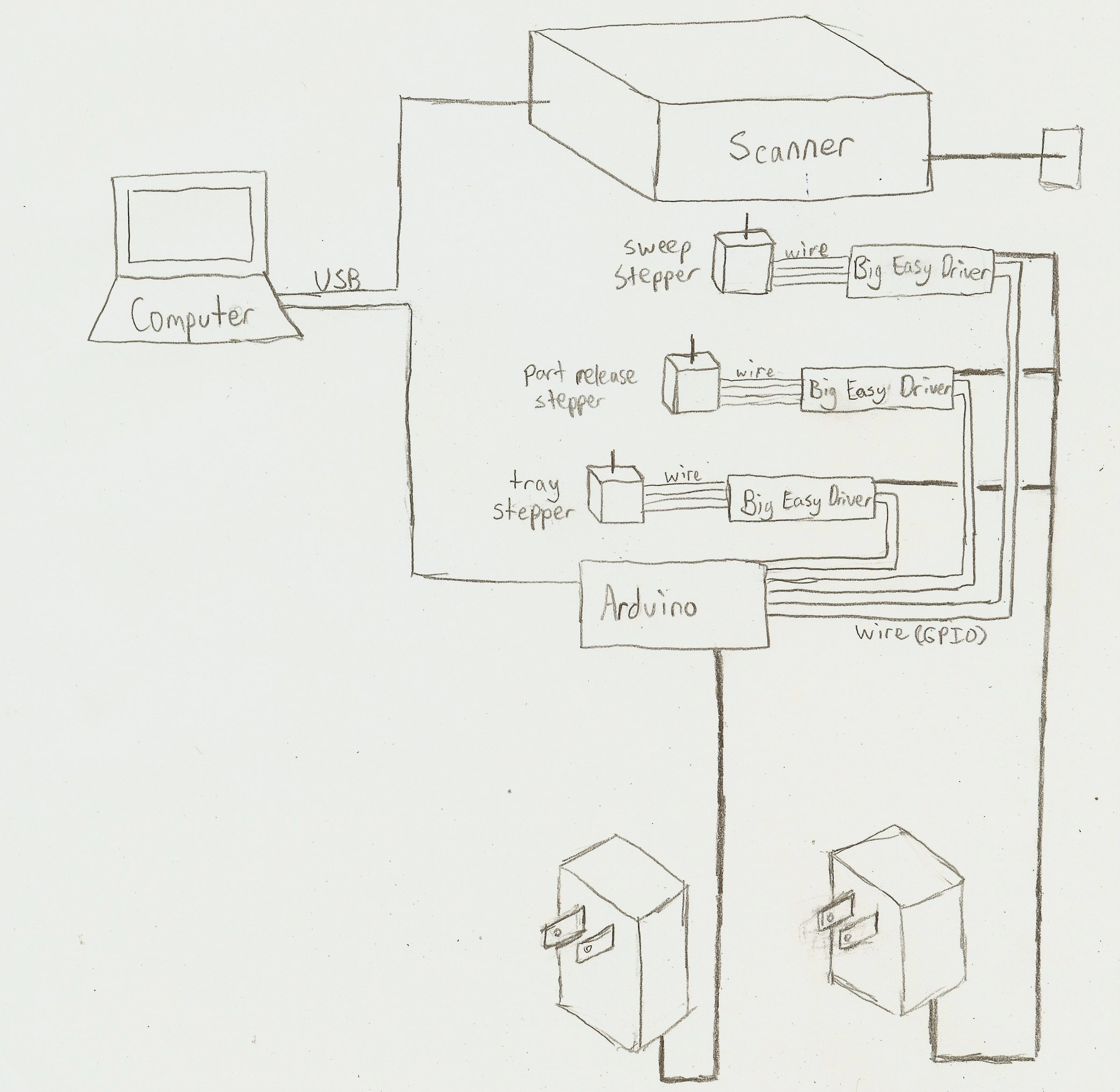 The specific scanning techniques that may be tested include:

For storage, the cases for tools will most likely come in 2 sizes, with one for small objects (e.g. sockets), and one for larger objects (e.g. pliers).

Adam Fabio wrote 06/25/2014 at 06:07 • point
Great project Blue Ice! Thanks for entering The Hackaday Prize! One question - once the tools are stored, how do you describe which tool you want to get it back? Voice recognition? Web interface?
Hope to see more updates on your Ramrod as you progress!

Blue Ice wrote 06/25/2014 at 18:47 • point
Hi Adam! Thanks for asking about tool withdrawal- it seems that I didn't really explain this part at all. In the final version, the main option will be voice recognition, but Ramrod would also support some other interfaces, such as onscreen on the front panel or across a network. If the maker of this project decides to build Ramrod differently, the withdrawal option could also be modified if needed.

Mainly, I think that the project just needs something that is efficient to determine what tool is needed- scrolling through a list on a computer screen of which tool you want is too time-consuming if you just want a pair of pliers.

Thanks for asking about this, and if you have any other questions or comments, just drop another comment here!