Water! its one of our most precious resources. on average every human on developed countries spends from 20 to 30 liters of fresh water a day for every 5 minutes of shower time; if you multiply that by the number of people in your household times the amount of time you actually spend on the shower (15 - 20 min average) on a daily basis for a year, it amounts to a colossal amount of fresh water used in a year... so, what if we could make something to reduce or at least control the amount of time you and everyone else spends every day on the shower. but how much time would you use and how could you be awre of it... what if we can make it so that we use songs to measure time spent on the shower, by simply selecting the amount of songs you want to shower to (1, 2 3, etc songs, on average a song last a good 4 min. ) that's the main idea behind Showerbeats; to control the time and water you spend on the shower via music as a timer while creating awareness on water use trough smartphones.

you can save water and have fun too...

unless of course you shower to the 8 symphoiny of betoven... jajaja 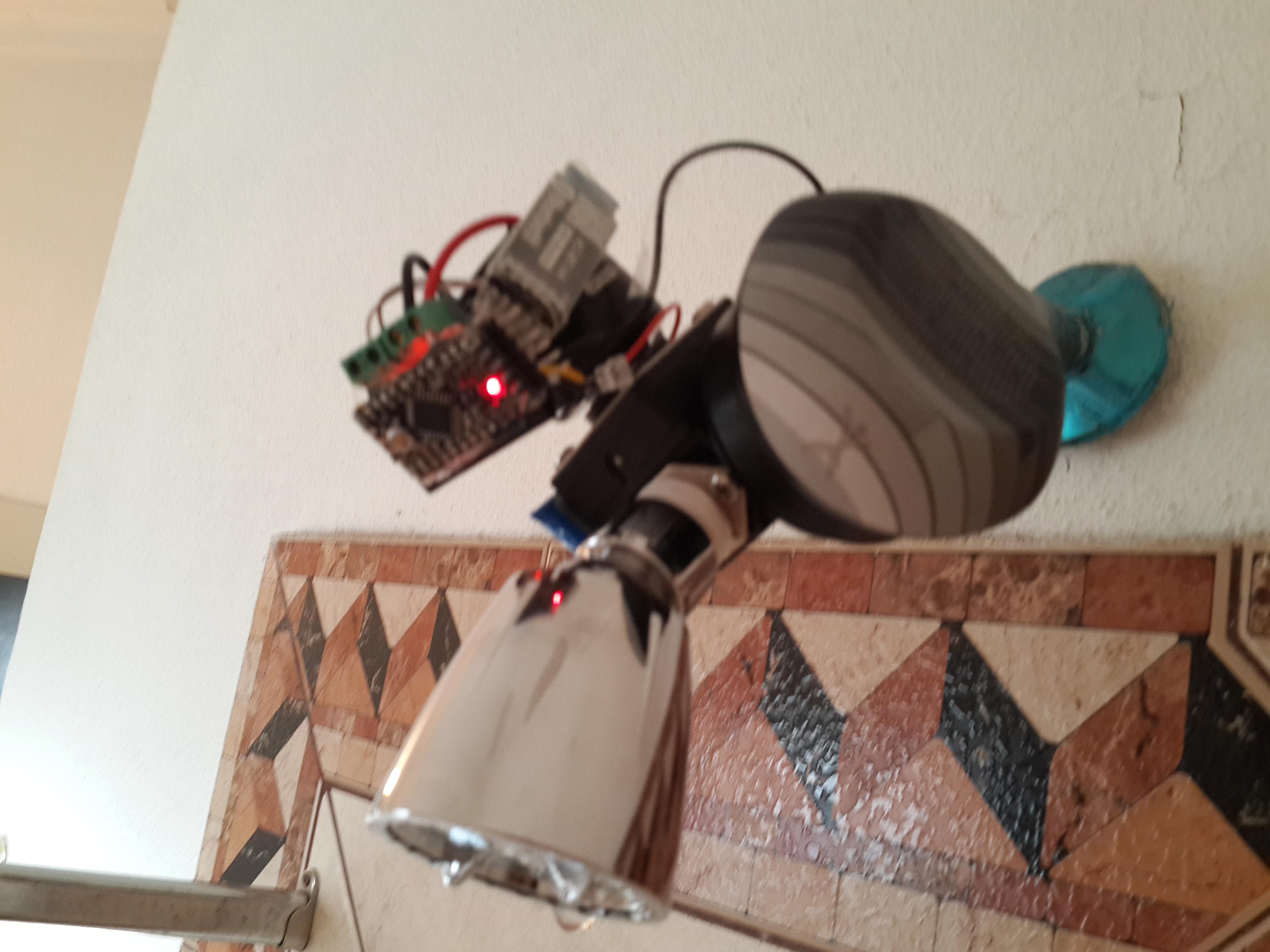 one of the main challenges of ShowerBeats was making it self powered since taking the battery off the unit for recharging proved impractical for the user, so water flow energy harvesting was tested as a viable solution. This proved impractical using normal lipo or lion batteries and charging mechanisms due to the short amount of time for recharge event (aprox 5-15 minutes per shower) so an alternative energy storage system was tested, super-capacitors charged fast enough but resulted in very limited charged stored for a full 5Watt Speaker to function properly during showering time, a hybrid system proved effective enough to make the speaker system work via the lipo battery while supercapcitors store surplus energy through harvesting from the waterflow which then is passed on to the lipo.

to use the least amount of energy during the long IDLE time between showers low power libraries for the 8 bit MCU were implemented as well as a dual communication system consisting on a ultra low power BLE module for serial command reception and an normal Bluetooth module witch is only turned on after water starts flowing for music streaming were selected, also a 4V DC latching solenoid valve was put in place to control water flow. Cost has also been an issue since latching solenoids take a lot of it, to make it more accessible we have been trying to reduce this by making the whole system 3d Printable. but trials have not started mainly to the lack of 3d printers available in my country (Guatemala). 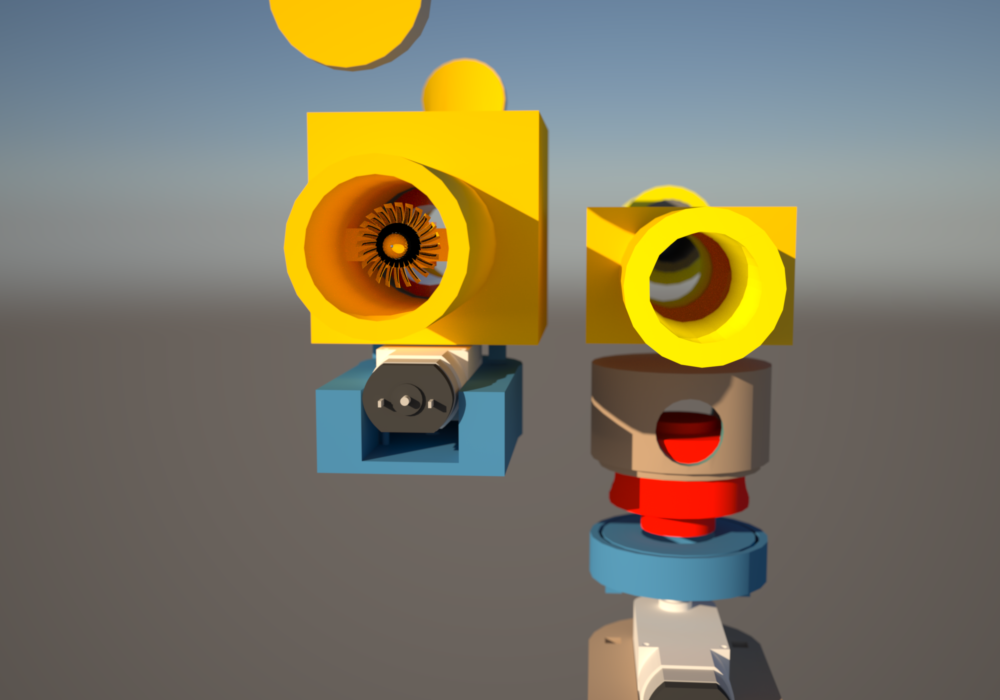 we have devoted our self in the last weeks to develop a GUI for users that's simple and that doesn't require us to develop a media player, instead and since everybody now has its own preferred stream service set, we have made the app a kind of a launcher app in witch you select what music app is launched for media to play. 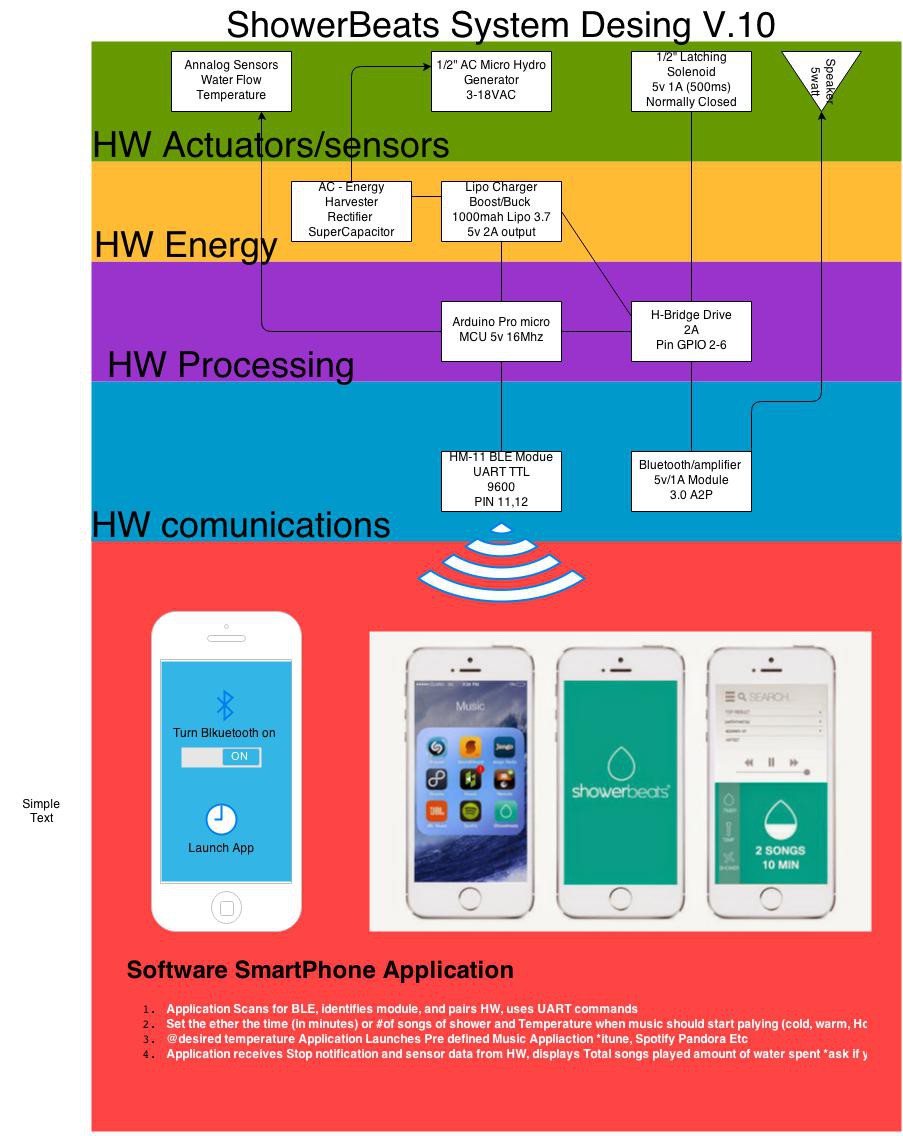 Jerid, L wrote 08/25/2014 at 17:41 • point
Keep in mind that the water delivered to your house is not provided as function of volume over time. They provide a specific water pressure.
If you put a pump inline with the shower-head, there is more resistance in the line which results in less volume out of that particular tap/nozzle.
They do not care or compensate for the pressure 'out of' your tap, just to you home. Much like the electrical providers, if you add something in series with your device, the supply drops, the provider will not increase the supply to a branch of parallel networks to keep the output within a series connection in your home to remain stable.

Kestler wrote 08/25/2014 at 22:21 • point
Thank you, Jerid, i have tested it in my house and the flow sensor (connected to my main intake) didn't noticed any change in water pressure. although since its been installed i have noticed a drop on consumption (mainly from my daughter now showering in 8 minutes (2 songs) rather than 15.... it did how ever take some time to getting use to the water turning off by its self... but the reduced water bill did the final trick to convince me on using it daily. lol.

Adam Fabio wrote 06/24/2014 at 05:56 • point
Great project Kestler! Can't wait to rock out in the shower, while saving water! Thanks for entering this in The Hackaday Prize. I hope to see more information as you continue working on your project - your Hydro generator looks especially interesting! Keep working, and keep sending those progress updates!

Kestler wrote 06/26/2014 at 22:33 • point
Thanks, Adam. i have been working on this project for 7 months now so there's a lot of documents about it and its taking me a while finding the latest ones , and putting them in the right order but they will be here. i hope you can make use of it, as the main idea of this project is that little but constant and wide spread change can amount to a sea of change, awareness and conservation... best regards

Kestler wrote 06/21/2014 at 17:05 • point
im sorry there is no pump, just a solenoid valve wich is normally closed and opens the water flow when aplied a bigger than 4v 100ma dc pulse for 30 sec. and then returns to its normally closed position when another 4v 100ma dc pulse its apllied. the hydro generator provides power to keep the system charged derived from water flow.

DigiGram wrote 07/16/2014 at 13:58 • point
Yes davedarko, the pump used by the town water works (or if you have your own personal pump like we do) will use more energy. Thus this device will not have "free" energy, but like Kestler called it, "alternative" energy. Either the municipality will shell out the extra few bucks a year, or your own pump will work a tiny bit harder. I'll rather have that, than wiring into my shower OR having to replace batteries every day or two!

Nice project Kestler, might try my hand at this one day

davedarko wrote 07/16/2014 at 14:26 • point
the main reason I asked was because of the pump used by the town water works - I recalled that those devices harvesting energy from flowing water may not be approved because more power would be used to transfer the same amount of water, but since you pay the water by liters this would mean you would "steal" energy from the water works. Thanks @DigiGram for clarification.

Project itself is a practical concept for a bigger idea and a lovely use of music. I don't see an advantage over a radio in the bathroom for the main concept, but a win if you want to log and control your water consumption. Since this is already connected to your smartphone, you could log start and stop events. Should be easy with your setup to let it go for 1 minute, collect the water and measure it to know what your average liter/minute consumption is, so when you hit stop or it stops, you can send the water used per bluetooth and let your application log the data.