Plastic's Fantastic, But Metal is Better 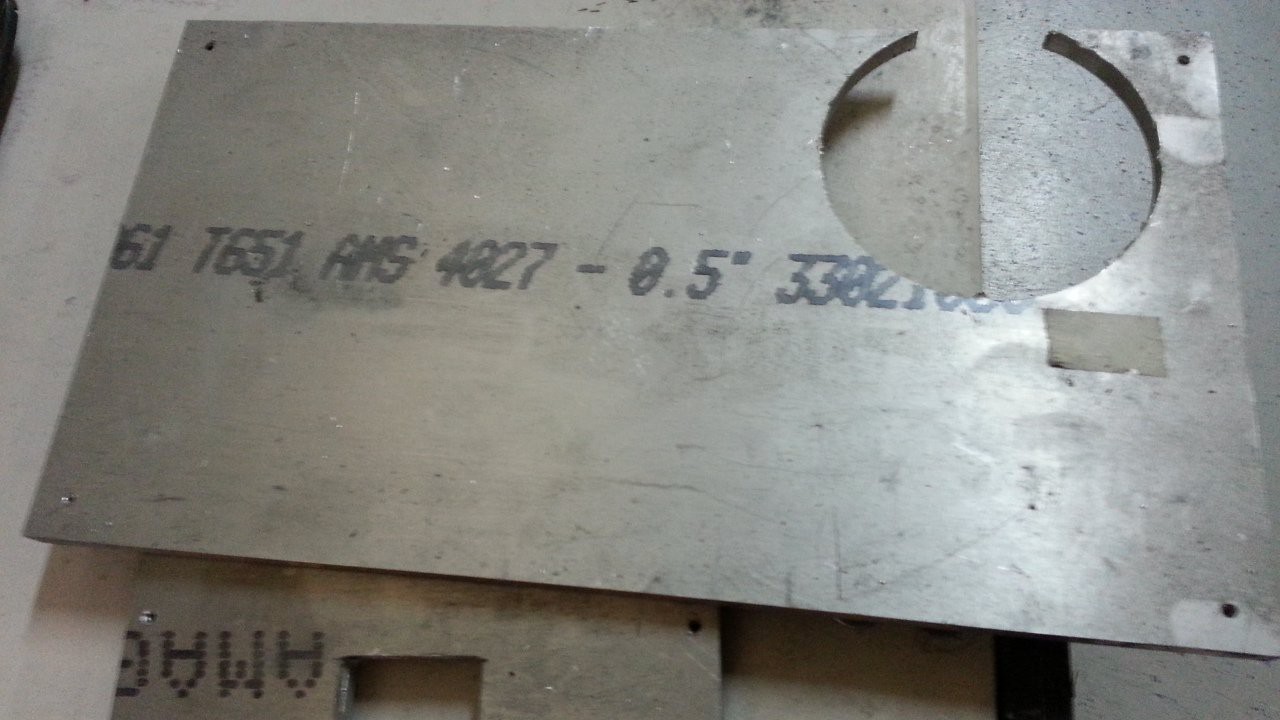 I spent the last few days modifying the design of the case to simplify it (7 screws instead of 21, for example) and to make it millable. I had some great help from my friend Jacob, thanks Jacob! He also suggested a countersunk front cover and I think it's going to look awesome! I spent pretty much all of Saturday at work, generating toolpaths and "borrowing" the milling machine. I made a few mistakes, learned a bunch of stuff. It was pretty fun! I'm getting better! I'm probably going to sandblast it when it's done (you can see I need to hand finish a little bit, particular around the paddle area.) so it will have a soft, frosted look. At least for now. I might paint it after that. We'll see.

I also want to share some small miracles. Those of you who are offended and/or not interested in religious things can skip the rest.A few days ago, when I was designing the amp board, I wasn't entirely clear how to bias the two MMIC amplifiers. I was frustrated and ultimately decided I was done for the day and went to bed. When I came home from work the next day, I had just a few minutes before I had to be somewhere, so I plopped down to watch some youtube. I was glad to see a new video by W2AEW. If you haven't watched his videos, they are GREAT! Well, his video that day was about the noise generator circuit on the Ham It Up board (I need to get one).... which appears to use very similar MMIC amplifiers to the ones I am using. He had a link for more information on how to bias them in his comments. Sure it could be explained away as coincidence, but the timing seems a little too perfect to me.

Then it happened again! I was planning on milling the parts you see above (though I was already feeling that it was more or less within my ability). Anyway, I was procrastinating working on the PSDR (it happens) and turned again to youtube. Youtube recommended a video by Applied Science that I hadn't seen yet (he's been on Hackaday several times, because he does amazing stuff!) It pretty much cleared up everything I wasn't clear on, particularly feed rates and cutter selection. I didn't know I'd need to select a cutter, but all the 1/4" end mills at work were broken. Only one shop in Salt Lake that sells end mills bits was open on Saturday, and I only barely made it, and only because Jacob came in to help and let me borrow his car. Also possibly coincidental, but it just seems like things are working out very well for me, and I choose to believe that I'm the recipient of a little help.

Oh yeah, and I received the PSDR2 boards just in time, despite the Chinese Shipping Apocalypse. (The boards are great, by the way, and Ian was very patient with me, even though I was freaking out a little bit)

So does this mean I think God wants me to win the hackaday prize? No, not necessarily, but I I think He wants me to learn, grow, and do my best. I'm grateful for the help!

Someone wrote 10/31/2014 at 01:16 • point
Michael, I'm glad you gave credit where it belongs. I'm proud that you shared that. I'm watching this project with interested...maybe I'll build my own some day. For now I'm building a discrete BITX Xcever. Keep up the great work.

DainBramage wrote 10/24/2014 at 21:23 • point
Well said, Michael. I appreciate your comments and your willingness to credit God in a place where such things are usually not said in order to avoid offending others. I boldly proclaim that I am not offended.
Thank you for all of your hard work. I'm hoping that I will someday be able to get my hands on one of your transceivers.

Michael R Colton wrote 10/24/2014 at 21:36 • point
Thanks, and thanks! I felt like saying nothing would have been ungrateful of me. They were cool experiences.

I hope to make my little radio available to you, as well. I'm looking into how best to do that. But I still have other things I want to get done in time for the final submission.

Since posting this, I have machined the paddles, and top cover (it's polycarbonate) and sand blasted everything. It looks very cool. I'll have pictures soon!