I've been working rather slowly on the disk subsystem support. After fixing numerous bugs and my own misunderstandings, I was finally able to run TI's original Editor/Assembler software system on the TI-99/4A clone.

Getting editor assembler to work is an interesting milestone due to the way the cartridge works: actually the cartridge is a GROM only cartridge, so it does not contain any machine code software, just GPL code. It loads the machine code assembler from the disk (the files ASSM1 and ASSM2). These two files are loaded as binary programs. When assembling, the source coded is loaded from the disk as variable length record file, while assembler output (the object file in TI's tagged hex annotation) is written as a fixed record file.

To run the assembled program, the disk subsystem also needs to be able to load a fixed length record file. Thus overall there is a fair amount of different types of files that the disk subsystem needs to work with. I used Matthew Hagerty's nice Yin/Yang assembler program as a test. The output can be seen below, complete with bogus sprites. The sprites are there due to hardware bug I have in the sprite engine design, I guess it starts to be time to fix it... Basically the sprite engine does not properly recognize when to stop drawing sprites. 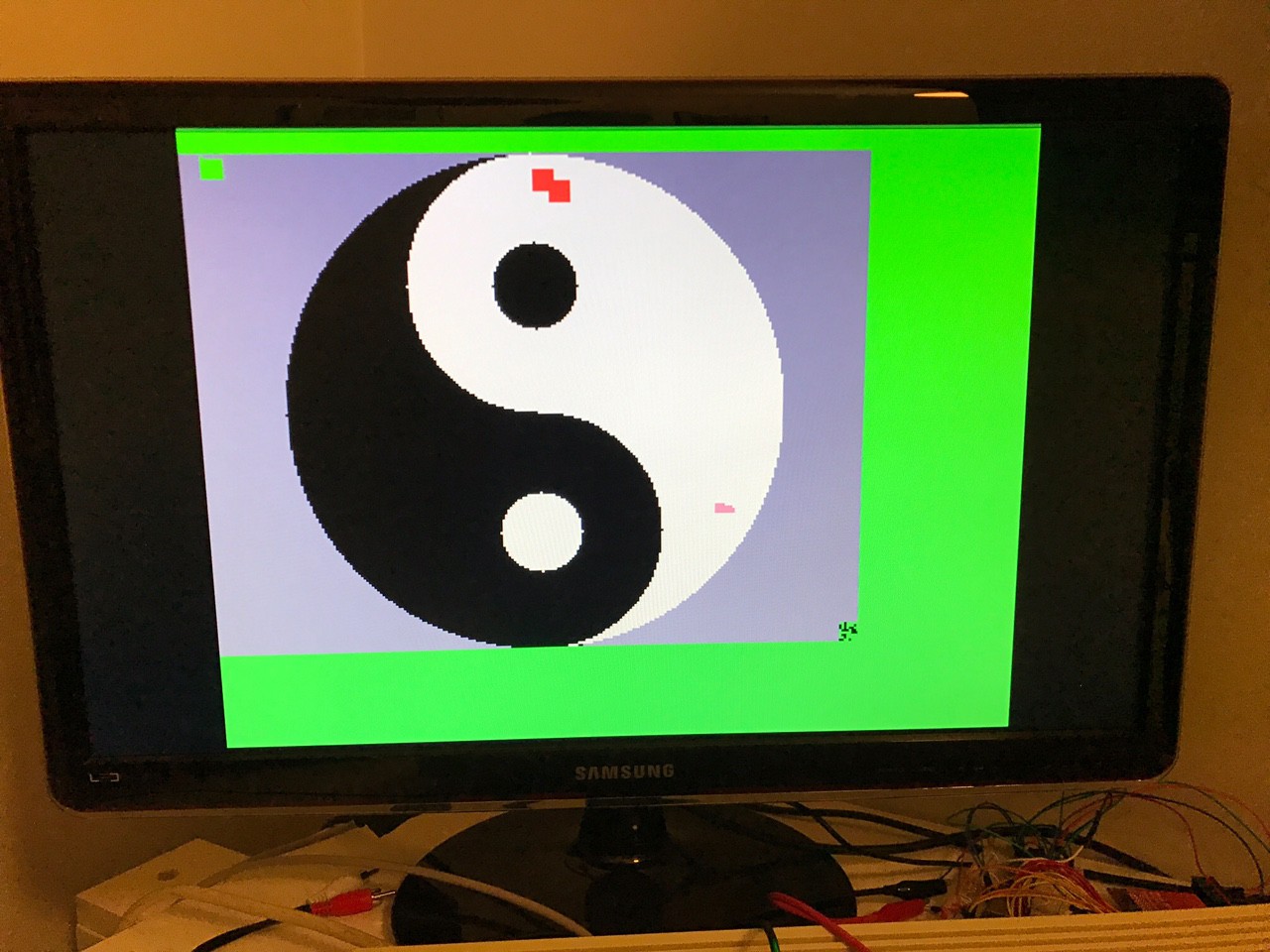