It's been a while since my last update. During the time I haven't had that much time to put into the project. However, there is some nice progress: 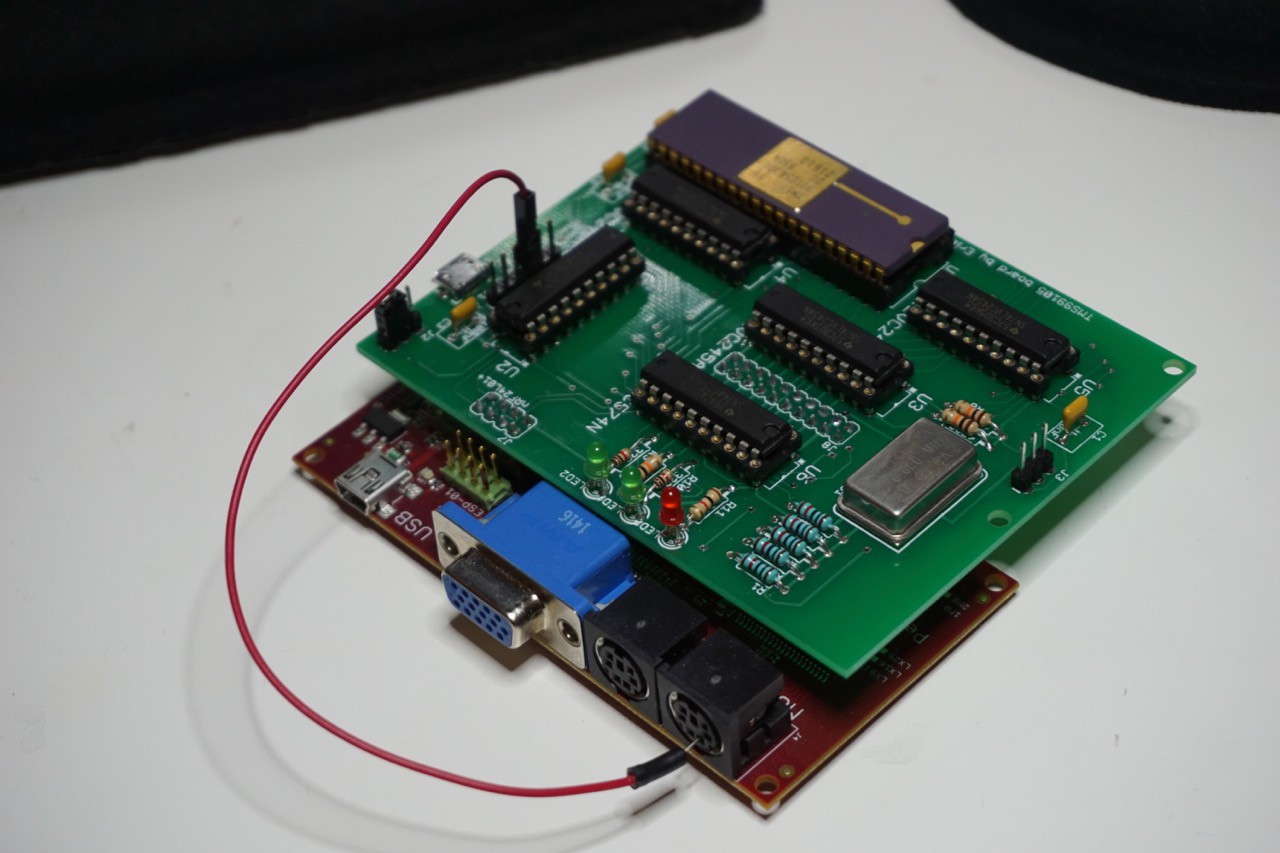 I have fully assembled two boards and they work. As can be seen from the picture above, one extra wire is still needed to carry the CPU's write signal to the FPGA. All the other signals are delivered through the pin headers. The two headers carry a limited number of signals: the larger header has 16 signal pins. These are used in a three way multiplexing scheme, timing is based on the CPUs address latch signal. These are the phases:

This timing sequence is somewhat visible in the logic analyser picture below: 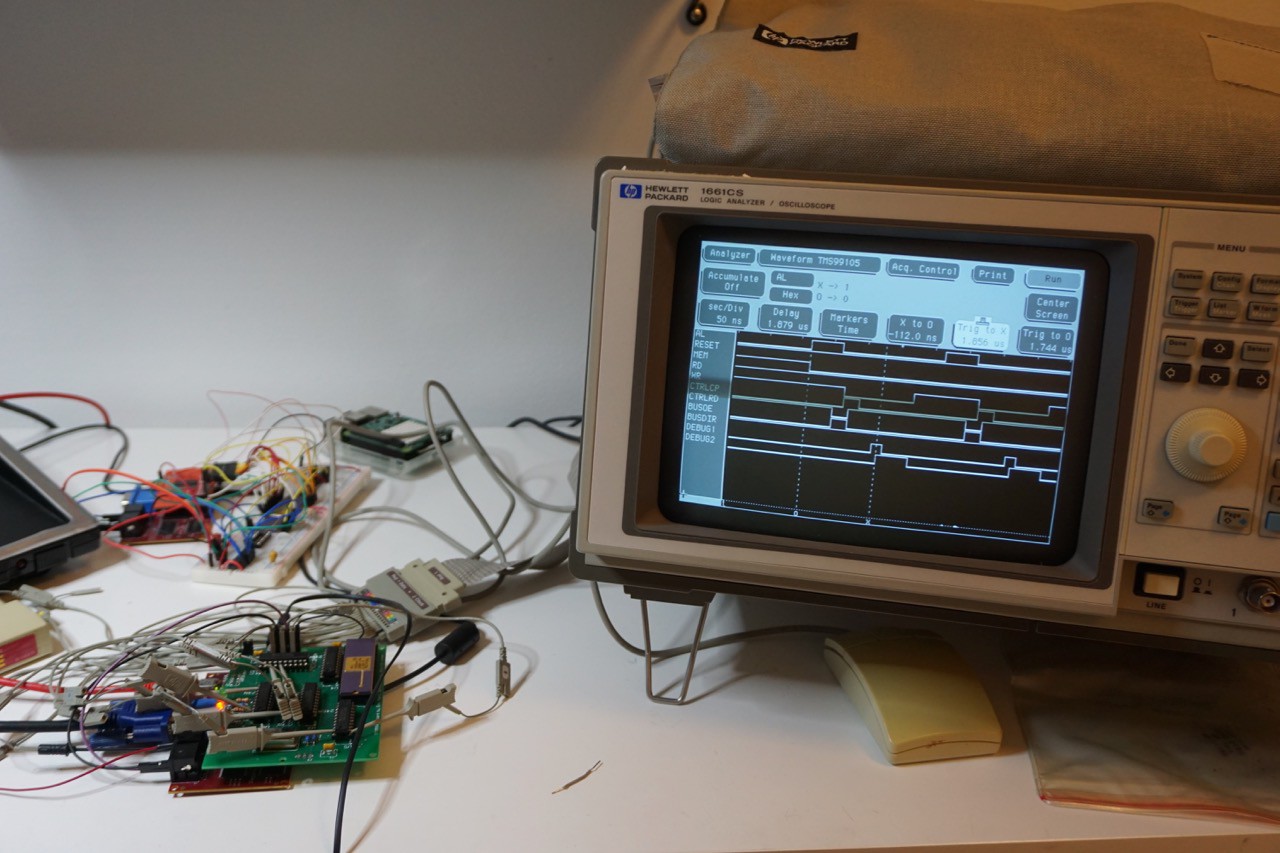 In the picture there are a few notable signals:

As can be seen in picture, BUSOE and CTRLRD are effectively the same signal, the other is just an inverted version as the 16 signal bus can only either be used for control signals or the address/data bus. CTRLRD is active for 30 nanoseconds. The rising edge of CTRLCP appears 20 ns into this cycle, to provide enough time for the buffers to settle.