LoFi is a very low cost ($5), small, auto-transmitting module. Preassembled and preprogrammed. Simply attach to your appliances or projects!

LoFi is designed to perform such tasks with minimal added parts and no programming. However, Ralph Doncaster (Nerd Ralph) http://nerdralph.blogspot.com/ commented that LoFi should be able to run on a coin cell. So, this is a good opportunity to experiment with that as well. 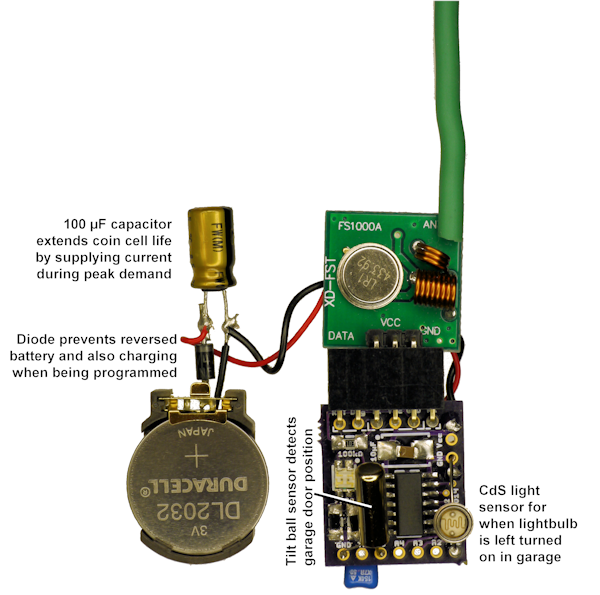 Ralph pointed me to a study demonstrating that a bulk capacitor extends the life of a coin cell by supply current during peak demand of low-duty-cycle devices. I also added a Schottky diode to prevent the battery from being charged when the LoFi board is attached to a computer. I almost learned that lesson the hard way when a nasty smell spewed from one of my NiMh battery packs. An improved board has already been designed to include the coin coil and diode, as well as a capacitor connector.

A simple cadmium sulfide photoresistor cell detects the brightness of the garage, not only to determine if someone has left the light on, but also as a potential non-mechanical means of detecting a change in the door state. Primarily, the garage door position is detected by a tilt ball switch. 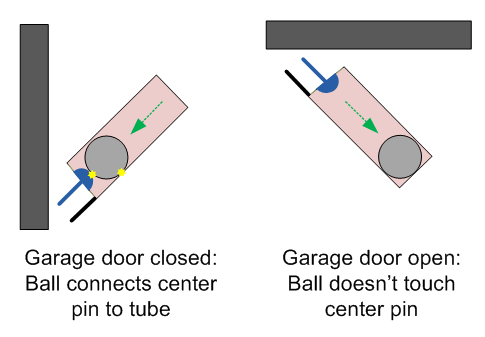 Given that LoFi should cost less than $5, it only makes sense to use an equally expensive case. LoFi fits well in a Tic Tac box. The container is mounted to the garage door with Velcro hook and loop fasteners. 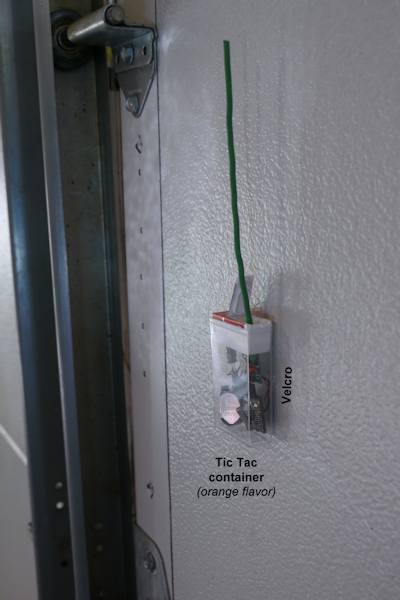 I quickly discovered a problem with my steel garage door: it blocked the transmitter signal (L shaped house). The challenge was overcome by repositioning LoFi to the top of the garage door, such that the antenna stuck out above the top panel.

All in all, this experiment is a success. LoFi correctly detects a change in garage door state, as well as delivers periodic updates on the door position, light level, temperature, and battery voltage.

scary_jeff wrote 07/15/2014 at 19:22 • point
Favorite part of this is that you specified the flavor of TicTac container used :D Awesome project!