I decided to try out the SCARA style arm. For whatever reason it's more interesting to me than the cartesian robot. All this planning was fun, but I really want to start making something! With that in mind I decided to order some parts from Sparkfun. My initial part list was quite long and came in over $400 which was a bit of a surprise. I don't mind spending that much money, but if I was going to do so I decided to do it in stages with each axis being a stage.

The first stage would be the base and the first rotational axisas pictured below:

Another great thing about using a program like Cubify is that if you leave an axis unconstrained it's super simple to make an animated GIF showing the motion. If you want to make one yourself checkout out LICEcap, it's really easy to use and is free.

I'm going to list the parts from bottom to top. If a part is repeated I'll list it twice but I'll mark the first one with the total count in parantheses. I made some mistakes along the way and I'll call them out as I go along.

I haven't wired up the electronics yet, but I'm planning on using the Big Easy Driver. The motor I ordered may be larger and more accurate then I need, in which case I could use a smaller stepper motor and a quad driver board. I need to do more analysis, but first  I'm going to make it move!

The biggest mistake I made when spec'ing out parts was with the gears. I initially ordered the 84 tooth gear and a 16 tooth pinion gear, when I put everything in place the gears were too close together. I would have saved a lot of aggravation if I had gone to the product page which clearly states about a third of the way down that if you want to have a 1.5" spacing the total number of gear teeth must equal 96. I was able to order the 80 tooth gear from ServoCity and they delivered it in 3 days via USPS Priority Mail.  The rest of the parts were ordered from Sparkfun and shipped via UPS Ground which took 5 days. Personally I hate dealing with UPS, but it's the only way to get an insured package from Sparkfun for a decent price.

Some of the part choices were made solely on the basis of availability. At any particular moment Sparkfun seems to be sold out of various Actobotic parts. ServoCity seems to have similar issues but since they sell the parts to Sparkfun they seem to get things in faster. I'd imagine that I will probably end up getting more stuff from ServoCity directly in the future due to the more agreeable shipping terms/speed. I wish Adafruit carried the Actobotics parts because if you get an order in early enough they get it to me the next day even by their cheapest shipping option. 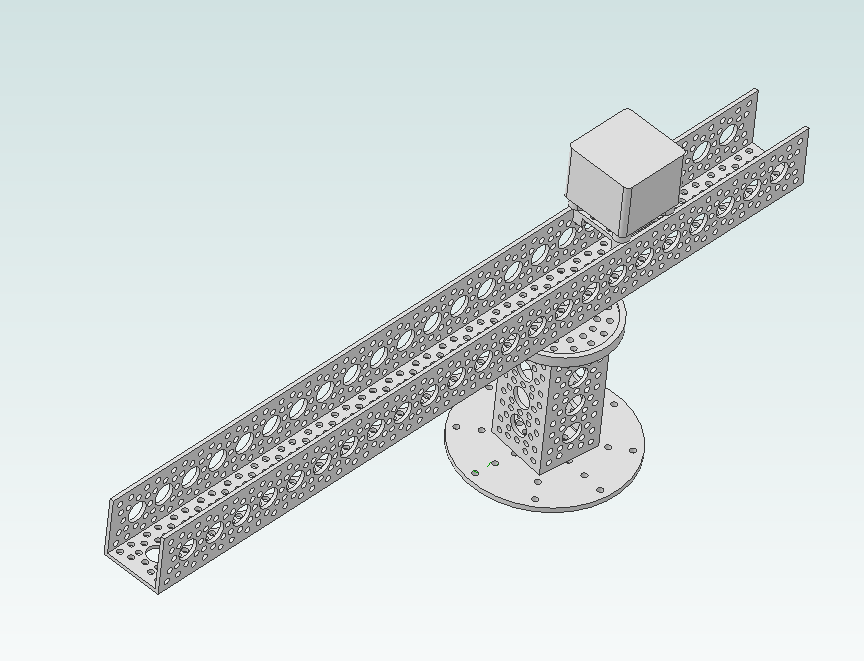 You'll notice an extra spacer in the imagebelow between the top of the 3.75" channel and the 80 tooth gear. I probably won't be using that since everything fits together fine without it. Not pictured is the shaft coupler, the shaft, and the pinion gear. 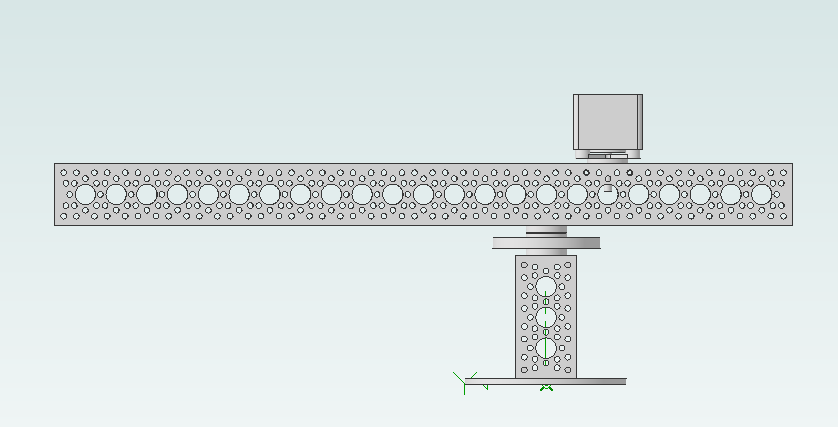