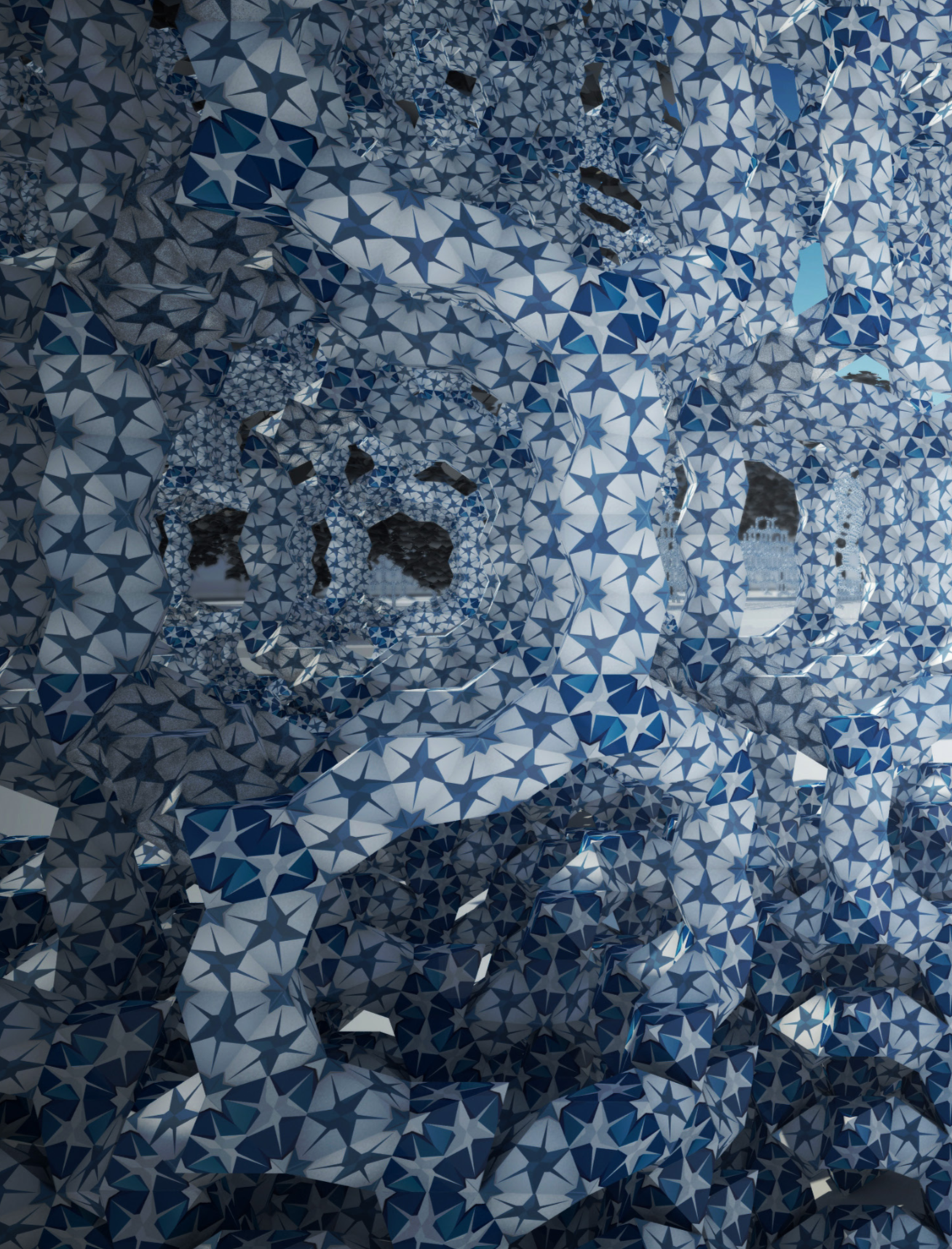 In contrast to the mechanical / spatial approach of growth and granch- ing logics, automated simulations of larger autonomous populations are based on the communicatioal aspects between units. The development of algorithmic rules of interaction and unit relations result in self-orga- nizing crowd behaviour.

A field of passive units, as “dead” material, is potentially shifted around in space by a connected active unit. Movement fundamentally starts on the ground plane or - if an active unit autonomously decides on a poten- tial building site for a settlement - start build vertically.

These goal oriented simulations create negotiated space, i.e they act according to an dialogue between:

• bottom up decision making of every single unit for example: if it is in the center of an overpopulated area, an active unit can decide to act as an repulsor, creatng void spaces or, if an active unit is in an empty area, it can act as an initial seed for a settlement as attrac- tor to other units

• top down rules such as: different deployment strategies, dependent on their initial istri- bution (i.e. multiple seeded building scenarios), migrateing from one site to another

Through the development of different computational models, central evaluation criteria of high population collectives are defined by the system’s space making abilities. Spatial configurations were tested under specific, simple goals - i.e. a bridge, a vault, a pillar, - to perform compres- sion based aggregations due to the component based na- ture of the system.

The deployed system aggregates with an adaptive degree of detail, allowing a higher density grid where finer resolution is needed, i.e. for fine elements or strong surface curvature.

When looking at systems of growth and deployment, the research is engaging with systems that are not fully packed to avoid interlocking, following the idea of lattice and scaf- folding, Relying on its kinetic qualities, the system is keep- ing flexibility by leaving gaps.

Local and global rules and constraints are introduced ac- cording to results from physical and build up simulations. Growth and branching logics are adapted to fit the criteria of the units geometry, considering its natural constraints by adaptive decision making, such as adaptive cantilever of the grid according to maximum number of units in a linear cantilever (based on physical experiments), resulting in dif- ferent porosity and scale with identical growth logic.

In a fully played out deployment lifecycle, the system be- haves according to different sets of goals it is given, its natural constraints (amounts of available units and time) and itscontext. The propotion between number of units in- volved in assembly and time required acts exponential. During its build up, the system reacts to changing goals or conditions by live-adaption, re-calculating its possibilites to build and connect and takes decision of de-construction and re-deployment.

These rules and logics of deployment result in a diverse variety of structureswith different spatial qualities and potential urban scenarios. 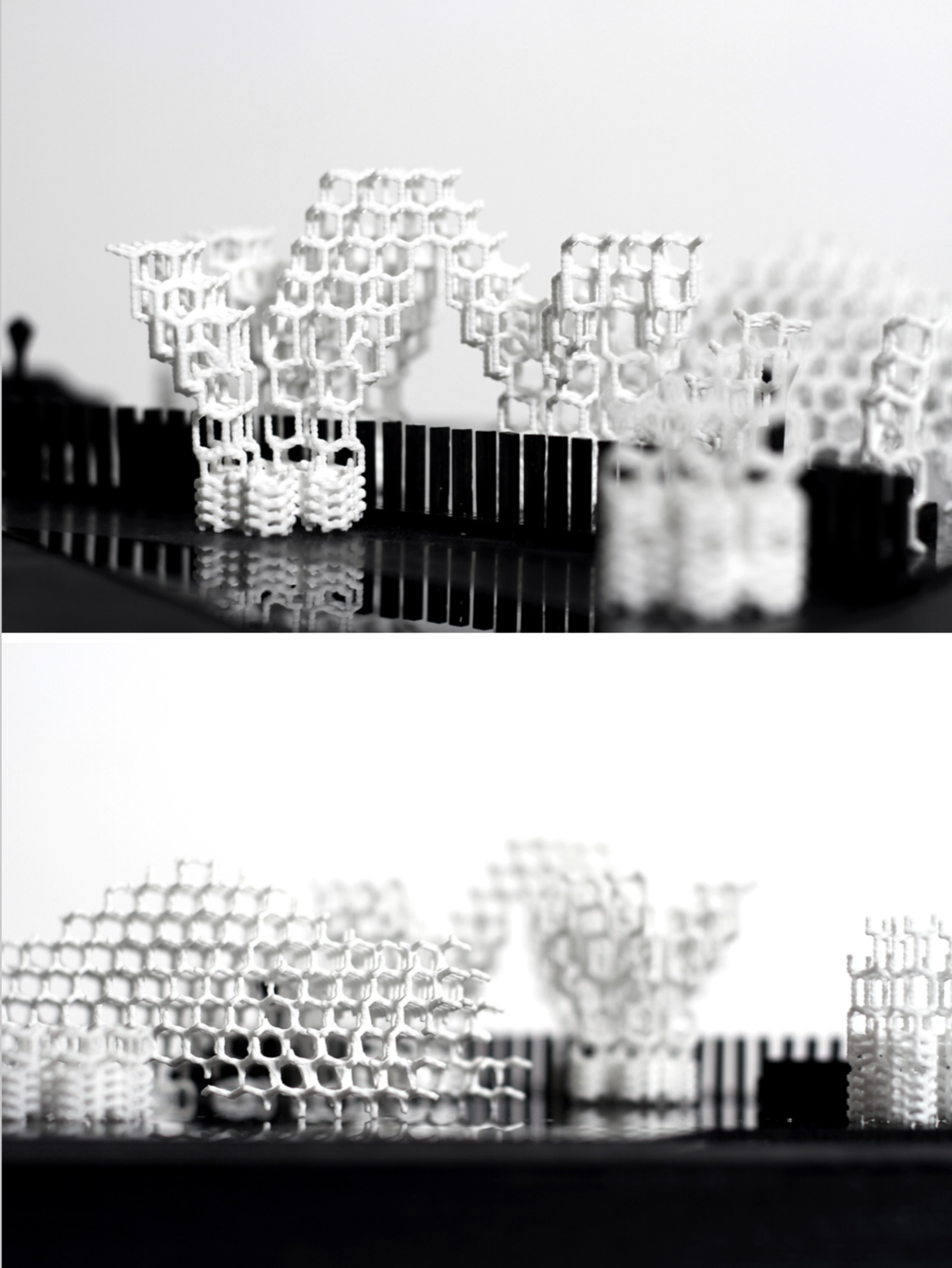