One of my goals with this lens transplant project is to keep it a simple and DIY-able as possible, without having the final project look like a hack job. To that end, I'm trying to keep the number of custom mechanical parts as low as possible. There will be just two such pieces:

First, what I'm calling the lens shroud. This is a direct replacement to the original SQ6 lens unit. As such it screws down to the flange on the camera's plastic chassis using the same attachment points. Then the front shell goes over it, and the part should blend in seamlessly with the rest of the camera. I've tried to keep some of the styling cues consistent, like the diagonal debossing on the barrel.

Here's the view from the back. You can see here the features of the lens shroud which mate up to the camera chassis and provide some light-tightness. The inside of the barrel is textured in hopes of reducing internal reflections.

Directly on the front of the lens shroud goes a focusing helicoid purchased from eBay. It extends nominally from 17-31mm (my example was more like 16.9-31.4, to be extra pedantic). More than likely this'll just get glued onto the lens shroud.

And on the front of the focusing helicoid goes the lens flange, which is quite a simple thing. Just a disc with a hole cut out for the lens to go through, and a few features for locating it on the helicoid. 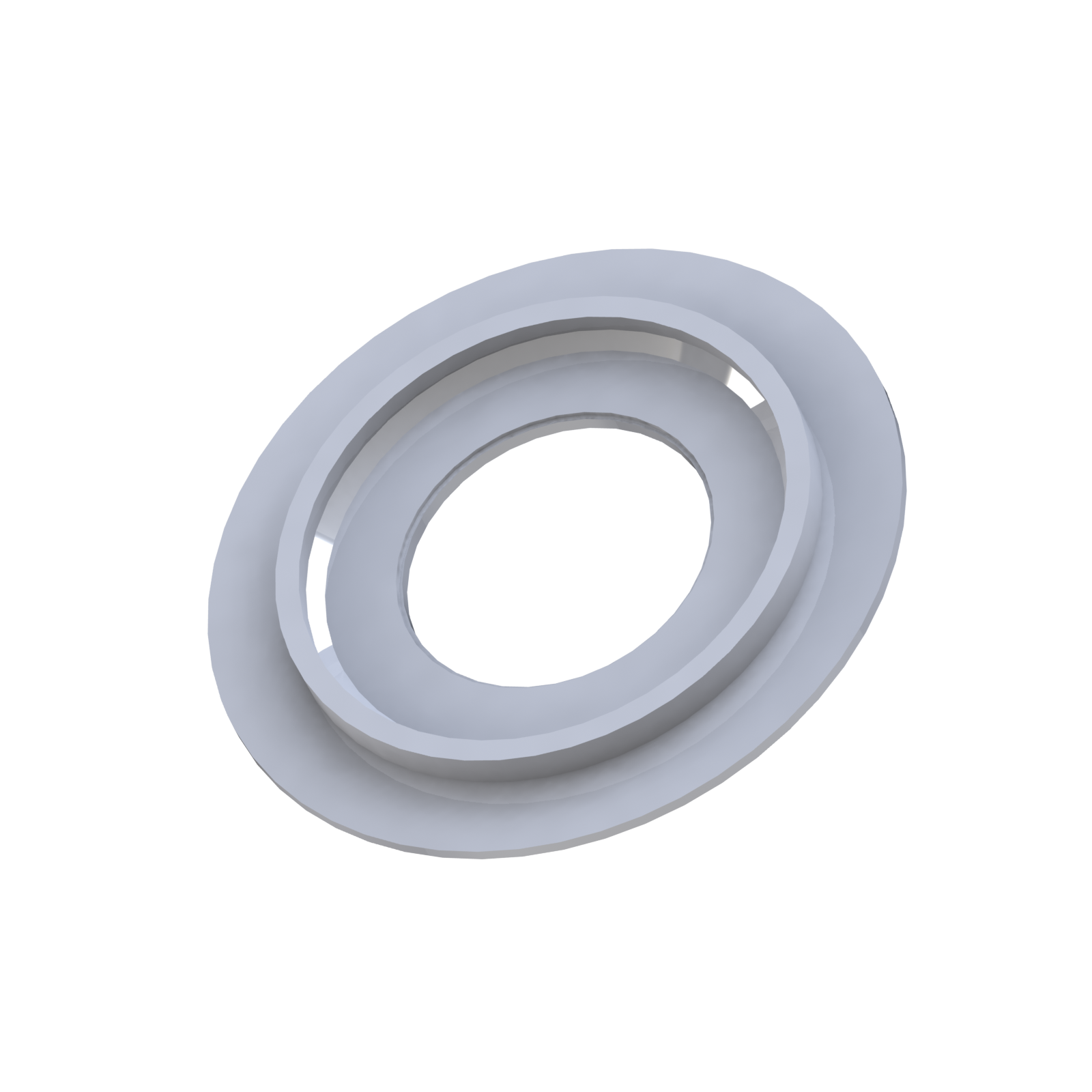 I sent these off to be printed by Shapeways. I haven't used them in a while, so was sad to see that they killed off alumide, my favorite material. We'll have to see how this HP Multijet stuff holds up. It's pricey, at about double the cost of standard nylon sintered prints. My hope is that the quality will be good enough that I won't have to print the exterior - then it'd be worth it.

3. Ruminations on the SQ6 and Parallax

I'm pretty good at 3D modeling, but not as good as you.  Did you scan that or take measurements and recreate?