FNowadays, security systems made using open source hardware is widely used where you can develop your own security application according to your needs and thanks to Arduino platform and its based open source shields, you can now easily make your security systems which involve some security monitoring tools like alarm, laser, motion, distance, and camera.

Of course, the last one is the most important and popular tool used almost in every security system as it's the only way to recognize not only the penetration of the security from a stranger but also know exactly who did that by capturing a photo of him.

In this tutorial, we are going to use Arduino Bluetooth Camera with the help of an ultrasonic to detect whether a stranger has entered our house and capture a photo of him automatically once he gets into the area of the ultrasonic wave.

Let’s talk about the idea behind the Security System using Arduino Bluetooth Camera ...

Once a stranger has entered the house, we turn on an alarm which is another shield called: Buzzer Shield and then capture a photo instantly to this stranger and save it in the phone.

If this is your first time to deal with 1Sheeld or you want to learn more about it, I recommend checking this quick and easy getting started tutorial.

And if you haven't tried ultrasonic before, I recommend checking this quick video. 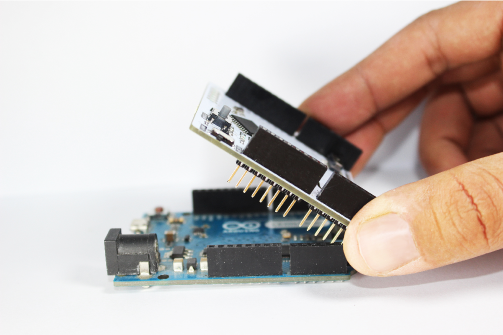 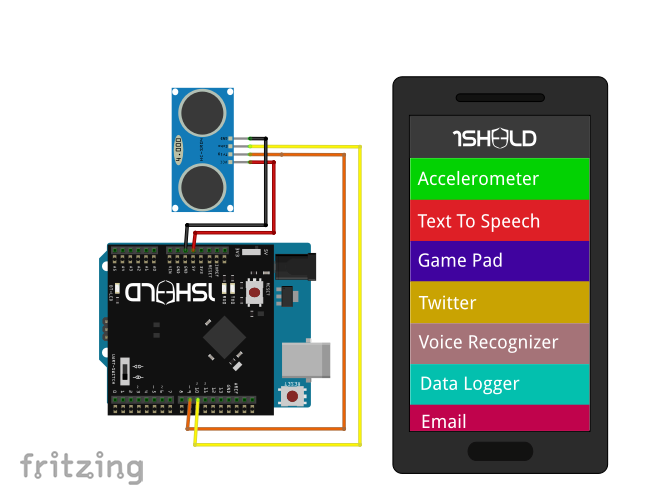 Firstly, you slide the switch towards the “SWITCH” notation which turns the 1Sheeld board into the Uploading mode to let you upload the Arduino code. 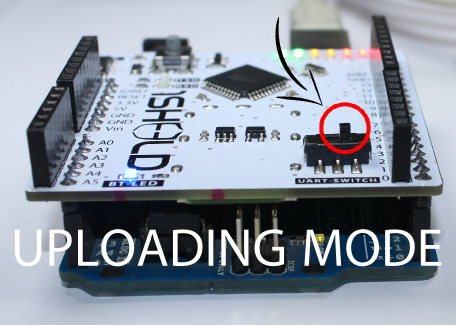 Secondly, after you finish uploading the code, slide the switch towards the “UART” notation (or “SERIAL” at 1Sheeld+ board) which turns the 1Sheeld board into the Operating mode to communicate with your smartphone 1Sheeld App. 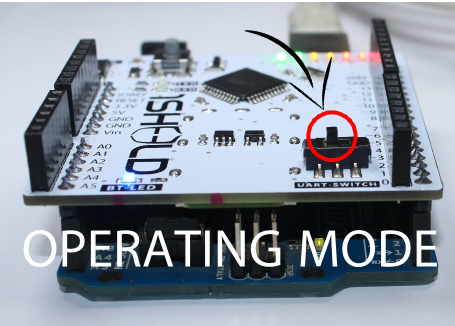 Now, switch the 1Sheeld board to the Uploading mode, upload this code:

Finally, select the Camera, Buzzer, Terminal and Text-to-speech shields from the shields list.

As you see in the video, I have used a ship as a stranger and once the ship cuts the area of the ultrasonic sensor within range of 10 cm, the phone made a buzzer sound and took a picture to the ship with a warning saying that tells me a stranger has entered my house .. pretty cool, isn’t it :)

The ship photo taken and stored: 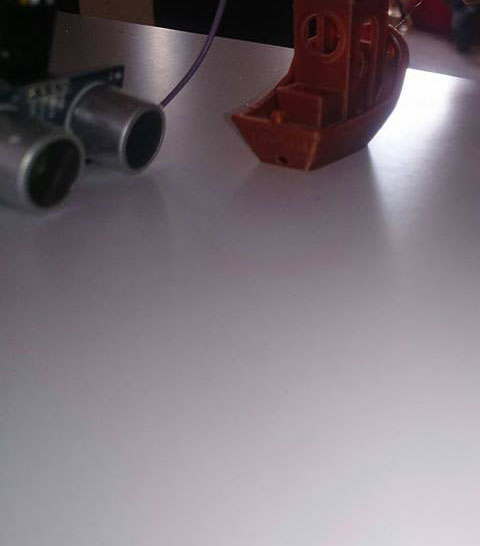 Now we are done with this security system using the Arduino Bluetooth Camera and you can add your own extra code lines to add more security warning features like what I mentioned at the beginning of this tutorial.

If you have any question, please don’t hesitate to leave it in the comments down below and stay tuned for more Tutorials like that ;)