origin of the project

This project was a subproject of R.Ian, a cheap yet capable open source/open hardware robot.

For this robot, i needed to be able to print wheels, and thus, i designed in openscad a parametric set of wheels, and also tyres meant for 3D printing in ninjaflex/semiflex or comparable materials. 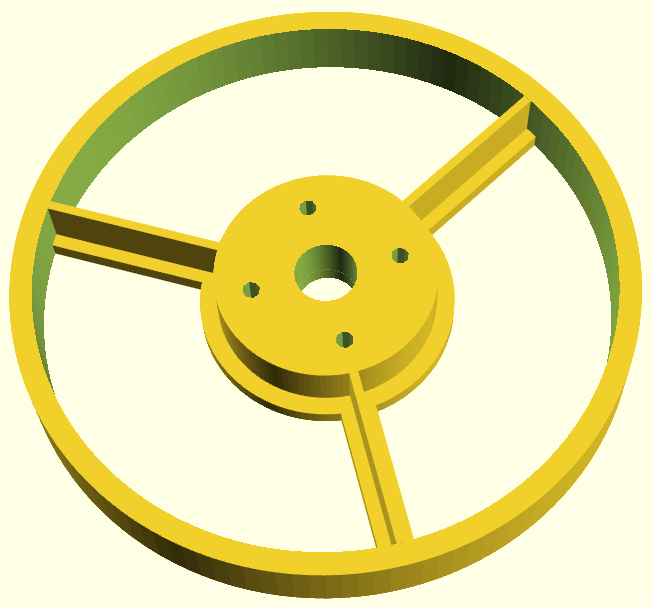 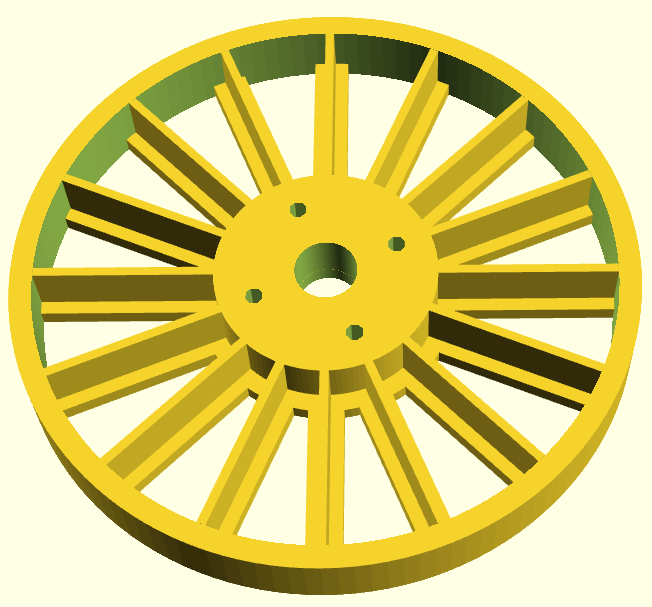 It did work, although it was tied to R.Ian, and not as configurable as one would want without diving deep in the code.

Second problem was that R.Ian is driven by cheap continuous servo (it needs to be both simple AND cheap), and the axle is fragile. The wheels could get dislodged, and one had to not apply too much pressure on the wheels. 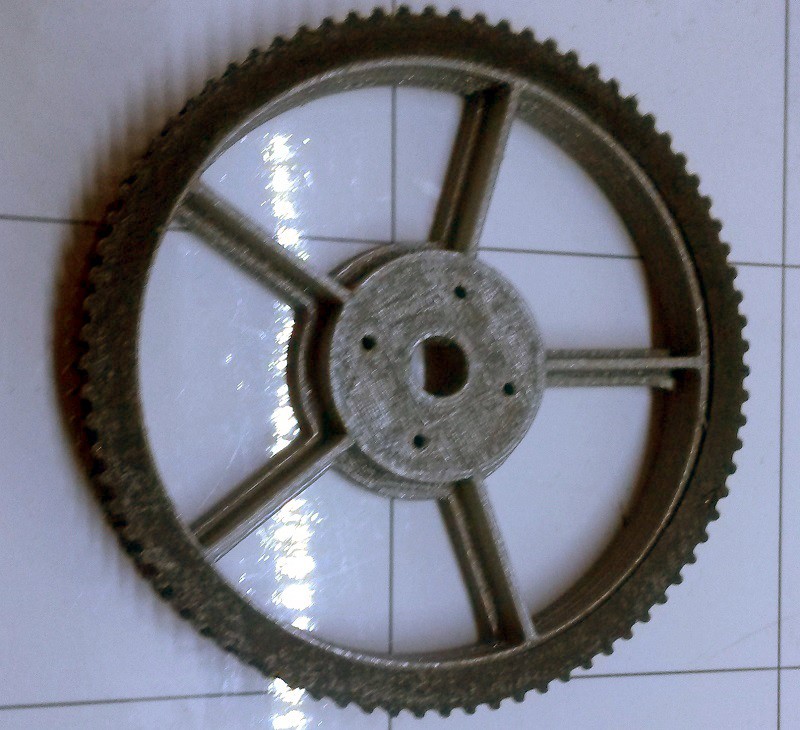 Furthermore, R.Ian have been used for teaching, and the 2 big wheels and third omni-wheel design wasn't very stylish, and the kids preferred my other robot, R.Hasika, with tank tracks. I thus wanted to have tank tracks on R.Ian, and 3D print those entirely.

I thus began the stand-alone project OpenWheel, that would include not only wheels, but also tyres, tank tracks, and gearings.

Indeed, to relieve pressure on the servo axle, i decided to have wheels on a steel axle, and have a gearing drive this wheel, so that the weight and forces would apply to the steel axle.

In order to do that, i would need to be able to generate gearings, and we'll discuss that in the next update :)